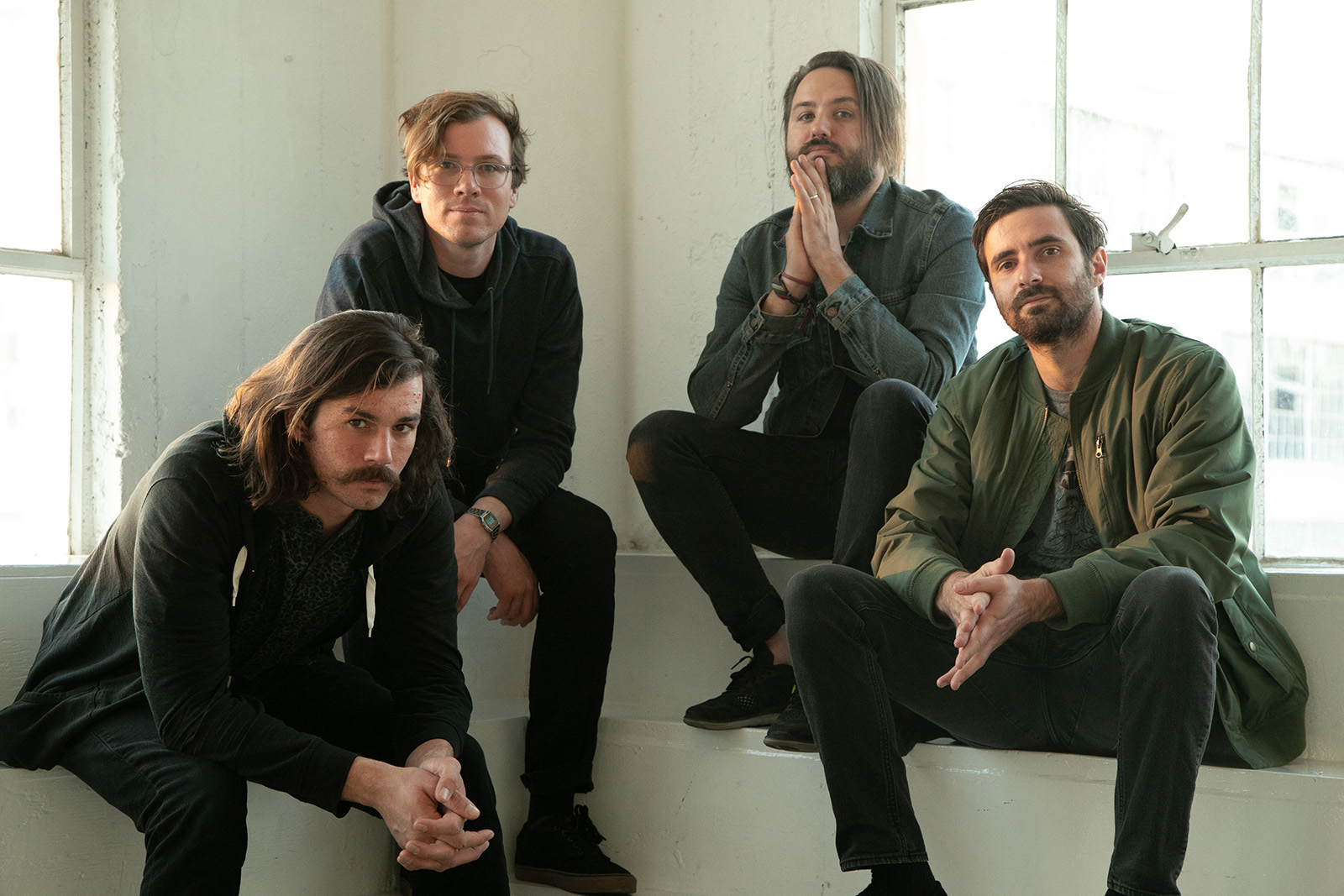 Originating in Orange County California, Bristol To Memory has solidly built a name for itself as one of Southern California’s premier emo punk bands.

The band recently hit the studio to record its newest album titled Wake Up due out for release in 2019.

For the record, Bristol To Memory joined forces with engineer and producer Daniel Wonacott, best known for his work as the bass player for acclaimed band Finch.

The outcome was pure magic, resulting in a dynamic partnership which led to Daniel joining the band as their new lead guitarist. Bristol To Memory recently released their first title single off of the album along with a music video titled “Wrapped Up” demonstrating their more mature alternative rock sound.

Replete with a killer new record, epic new lead guitarist, and fresh look, the band is ready to hit the ground running in 2019. We were lucky enough to catch up with Bristol To Memory about their 2019 plans,  the challenges of being an independent artist in today’s music industry, and more.

Why do you call yourself Bristol To Memory?

Bristol to Memory comes from the cross streets Bristol and Memory Lane in Santa Ana, CA where we grew up. We had a small rehearsal studio off these streets and when we would invite people over we would say, “take Bristol to Memory…”  Its been our home base since the beginning. Its always been important to us to grow our roots especially since we find ourselves on the road and away from home more often than not.

How do you describe your sound?

We have always been a California rock band at our roots with influences of alternative rock and pop punk to round us out. The new record has the best of all these elements but has been refined over the years of writing and recording it.  Its hands down the best work we’ve done yet and we are continually pushing the boundaries of our writing. It only gets better from here and we’re so excited to continue sharing this journey with our fans.

What are your greatest musical influences?

Life experience is by far our greatest musical influence. We all vary in our influences for music is always changes and molding us as we grow as musicians ourselves. But as far as bands that have influenced us the strongest would be those that we listened to when first began to develop our personal appreciation for the music scene. Groups such as Lagwagon, Green Day, Saves The Day and countless others molded us to the people we are today.

You’re planning on releasing your debut record Wake Up in 2019. What has the entire process been like? Where did you come up with the name for the album?

The process has been incredible. We spent the better half of 2018 working on the record and couldn’t be happier with the results.  Being that it’s a full-length album we were constantly pushing ourselves creatively and finding ways to express ourselves musically.  The title Wake Up is a reminder to live in the moment and to appreciate the world that surrounds us. In the world we live in today it is too easy to become lost and isolated. It’s in these moments we must Wake Up and find our true sense of self.

How did you come up with the concept for your new music video “Wrapped Up”?

In our music video for “Wrapped Up” we wanted to resemble a dream state where we were searching for a reality in which we understand. It is a reminder to always be present and connects the viewer to the concept “wake up.”

Our songs always start on an acoustic and are brought to the band fairly raw. We have always been open with our writing so its a true sense of collaboration and without that our songs wouldn’t be the same.

What are some of your greatest musical achievements to date?

Writing our new record is hands down our biggest accomplishment as a band. We have toured the country, played major festivals and lived our dream to the fullest but putting this record together takes the cake.
What’s it like to be an independent rock band in today’s music industry?
Nothing in life comes easy or free but its what you make of it that counts. We are able to make music with our closest friends and that’s what matters most in our lives. The industry is just another piece of the puzzle and we are happy to be a part of it.

What are your goals for 2019 and beyond?

The goals for the new year are to release the record and share it with as many people as we can. We’ll be touring, playing locally and releasing videos to support the record. and if we can fit in some studio time we would love to have a second record out by the end of 2019.