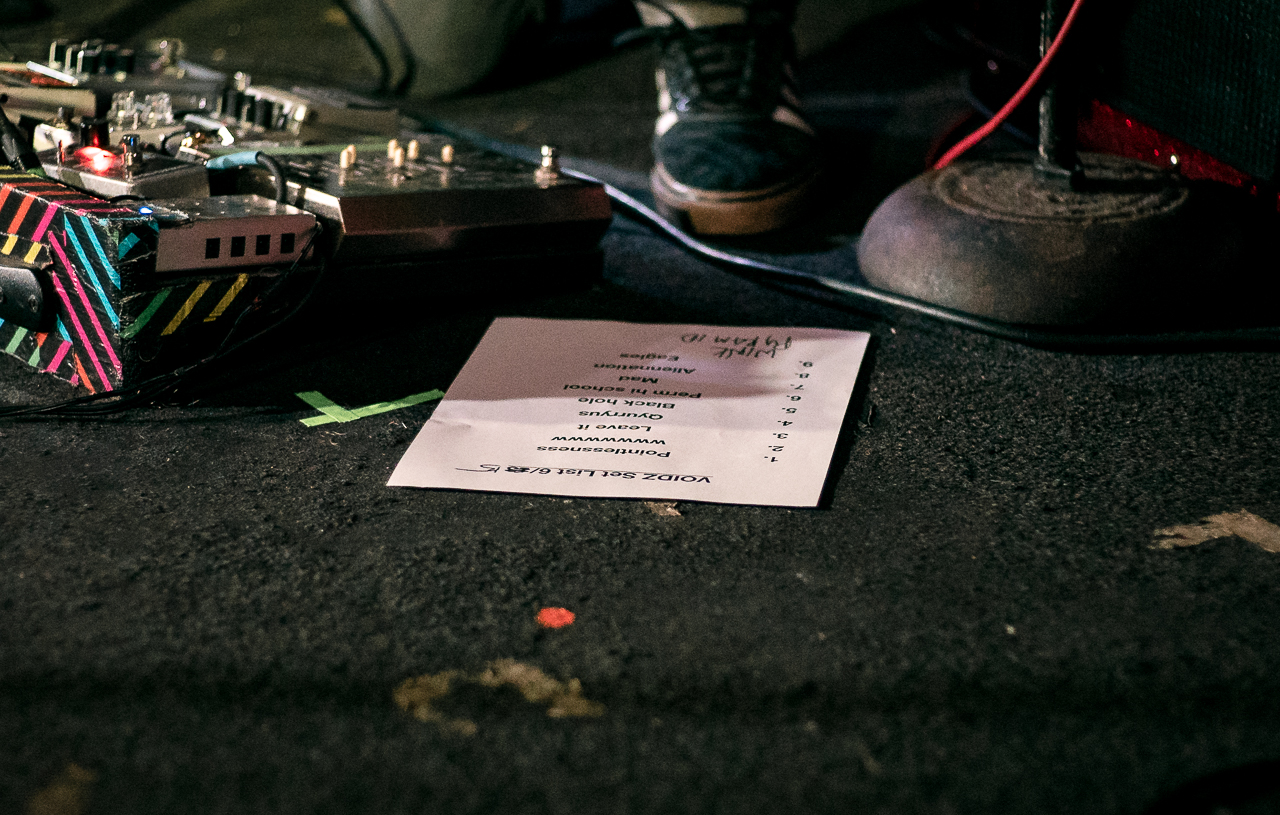 While waiting along North Sheffield Avenue, I quickly fell victim to Chicago’s unforgiving winter air. My hands and feet had gone completely numb, but frankly, it was the least of my concerns.

More importantly, The Voidz were preparing to make their Chicago debut at The Vic Theatre.

Throughout their performance, the band guided its naive audience through previously uncharted universes, performing tracks from their transcendental masterpiece, “Tyranny.” It didn’t take long for those in attendance to realize that this was the monumental beginning to something special.

After nearly four years, The Voidz made their return to play an intimate gig at The Empty Bottle in support of their March 30th release, “Virtue.”

Located in Chicago’s Ukrainian Village neighborhood, the venue quickly met its mere 400-person capacity on Friday night. Fans (some waiting 12 hours prior to showtime) packed in tightly for the band’s sold-out performance. The one-night residency would serve as a bittersweet return for keyboardist Jeff Kite, who received a warm welcome from his hometown crowd.

With the clock approaching midnight, the lights went dim, triggering a perpetuation of ear-shattering screams.

The group (featuring Julian Casablancas, Amir Yaghmai, Jeramy “Beardo” Gritter, Jeff Kite, Jake Bercovici, and Alex Carapetis) could only be identified by their faint silhouettes, while Kite’s organ cued the somber beginning to “Pointlessness.” As the opening song reached its conclusion, it became apparent that technical issues were impeding the group’s fluency. “It sounds so distorted…it’s hurting my ears..it sounds like dog sh*t” Casablancas murmured over the mic. Unfazed by the untimely hindrance, all six members soldiered on without hesitation. The group segued into the politically charged We’re Where We Were, evoking a brief punk revival among the venue’s tight-knit and unpolished atmosphere.

Spectacular renditions of sophomore singles Leave It In My Dreams and QYURRYUS followed, both garnering positive reception. Before tackling Black Hole, Julian took a moment to share a piece of his past with the audience. “I’m pretty sure we (referring to The Strokes) opened here a long ass time ago for GBV (Guided By Voices)” the now 39 year-old revealed. Casablancas continued by touching on the uncanny parallels between adolescence and adulthood in the song Permanent High School. The band shifted gears, revisiting tracks from their 2014 debut, “Tyranny“, such as M.utually A.ssured D.estruction and Father Electricity, before closing their set with Where No Eagles Fly. As Julian, Jake, Jeff, Beardo, Amir, and Alex made their way to the dressing room, the crowd cheered, anticipating a two song encore – but the stage remained vacant.

Persisting technical complications would force an unfortunate and early departure.

The Voidz remain one of my greatest creative influences. Fully knowing it was out of their control, fans, including myself, sincerely felt the band’s frustration Friday night. While this abrupt ending may have been a letdown to some, the band still managed to deliver a mind-blowing set, further reinforcing their versatility, chemistry, and longevity. The group continues to push both musical and conceptual boundaries, proving that the walls we often see are nonexistent.

* ALieNNatioN, Wink, and Pyramid of Bones were printed on the setlist but were not played