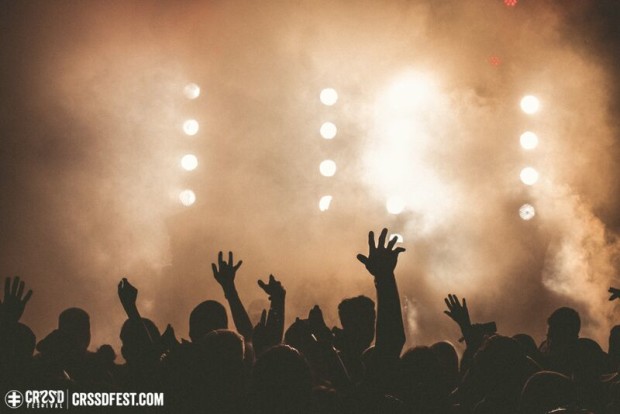 Southern California has played host to kandi-style raves and transfomational campout festivals for years now, but the space between has been decidedly blank. Enter CRSSD: less pretentious younger sibling of Coachella, friend of Desert Hearts, mentor of the Wonderlands.  CRSSD has solved the middle-ground issue by curating a festival where attendees can experience the local culture through the city’s best vendors in an accessible urban setting, all the while experiencing music at the cutting edge of the alternative dance scene. CRSSD returned to San Diego’s Waterfront Park last weekend for two days of scorching heat and music that was equally fire.

Whenever I asked my fellow attendees their favorite part about CRSSD, the answer was almost unanimously “the vibes.”  The crowd at CRSSD tends to be attractive but laid-back, and the 21+ age limit provides a refreshing maturity that other events lack so painfully. Although more crowded than its first March installment, it’s small enough that you tend to run into the same strangers throughout the weekend, and–more often than not–those strangers become new friends. 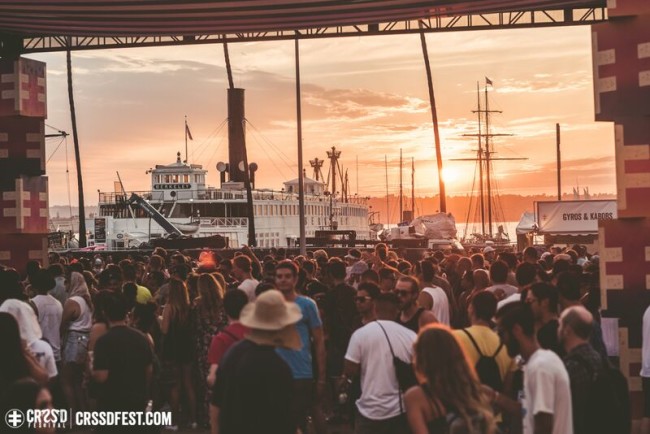 As any large-scale event in its infancy is bound to, CRSSD was not without its hangups. Although I was attending with a press pass, CRSSD failed to mention that there would be no press area this year in which to conduct interviews with artists and meet fellow industry enthusiasts. I had several interviews scheduled, all of which I had to cancel because neither I nor the artists’ managers were aware that I could still be escorted by them backstage. Although that was a slight buzzkill for my coverage, it meant I could enjoy myself a little more. However, inconveniences such as this were largely overcome by everything that went right to make the weekend pretty damn awesome. Let’s break down some of the weekend’s best and worst: 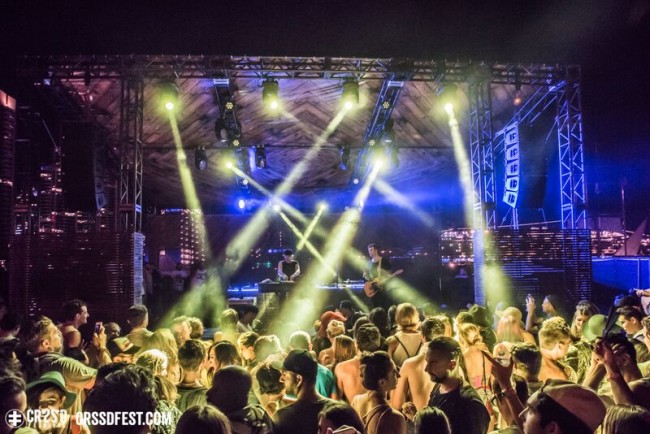 The City Steps hosted my favorite talent of the weekend, spanning from booty bass to German techno to live electronica. On Saturday, the duo of Bob Moses stole the show for me. “Time, time, time, it’s a poison…” I slipped from the outskirts into the front of the crowd as the opening chords to “Hands to Hold” reverberated in my chest, involuntary goosebumps creeping up my arms. This track is one of the few that hold an eternity of meaning to me, and there is nothing quite like getting lost in a song when it’s live:

I accidentally locked eyes with a guy near me who was sporting blonde dreadlocks and a hawaiian shirt. Sensing that I was having a moment of bliss, he high-fived me and said “You came at just the right time!” As we proceeded to dance side-by-side with the rest of the bobbing crowd, I realized that this one seemingly meaningless moment of human connection would stand out to me long after the festival was over. Bonobo followed Bob Moses with an impressive display of talent during his DJ set; I had not realized his capacity as a DJ beforehand, and I encourage anyone who thinks he plays “soft” to see him mix live and prepare to be amazed. 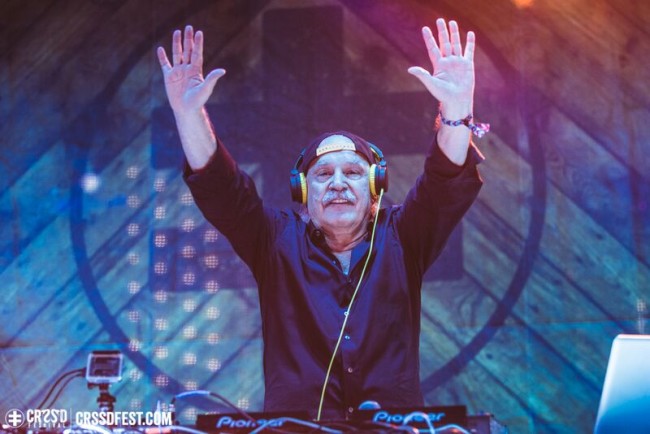 For anyone who has followed dance music for a significant amount of time, Giorgio Moroder was quite possibly the most anticipated act of the weekend. I was expecting some seriously groovy old school disco, “four on the floor” action, but I found myself confused when the legendary producer played a Britney Spears track, Kygo, and then…the horror…”Levels”!  Umm, what?!   I’m not sure whether Giorgio was really trolling the crowd or just confused about what his audience wanted, but reactions from my fellow attendees have been varied. “He was the single biggest disappointment of the weekend. I feel like I’ve been cheated on,” said one friend, while another said that Moroder was one of his favorite performances of all time. Regardless, it was an interesting hour and a moment that I will probably never have the chance to repeat, so I’m glad I got to see the founding father of disco. 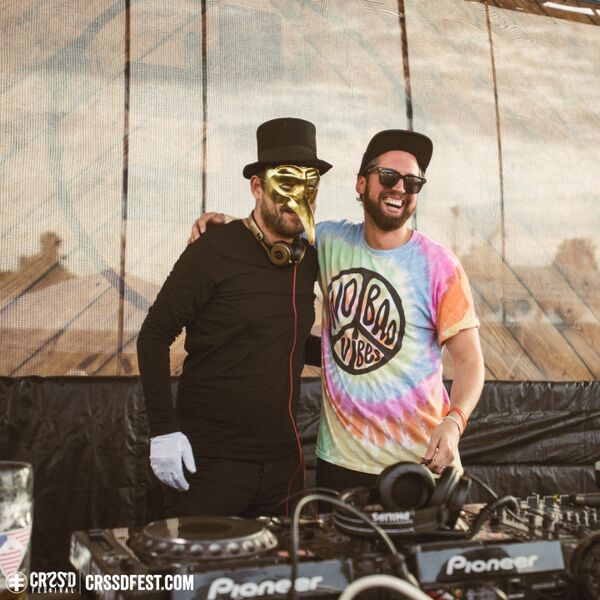 One might think that the crowd would thin out a bit on Sunday, but the second day brought with it more sweltering heat and incredibly long lines to enter. After zombie-walking through three different lines (and breezy security) over the course of about an hour, we were finally graced with Claptone’s magnetic performance. The heat didn’t seem to bother him–the German producer was in full black garb, top hat, gloves, and his signature mask. Despite being disgruntled by the wait, Claptone set the tone for what was to be an incredible night.

My favorite part of the weekends, however, was Sunday’s official NGHT MVS afterparty at San Diego’s brand new venue The Music Box. The festival organizers originally planned to have NGHT MVS at an arena venue nearby, but their last minute change to The Music Box provided an intimate and yet spacious setting for the night, complete with top-notch sound systems and incredible visuals. Local DJ Lee K played an ENTER-worthy set warming up the decks for Maya Jane Coles and Ben Klock, who then treated their sybaritic disciples to hours of Berghain-inspired, dark techno. If the event didn’t have to end at 2 am, Ben Klock could have easily held the audience rapt with his pulverizing pace for a few more hours.

Given that it took me a few days to be well-recovered enough to even begin writing this review, it’s safe to say that CRSSD’s second edition was a great success.  Is it March yet?! 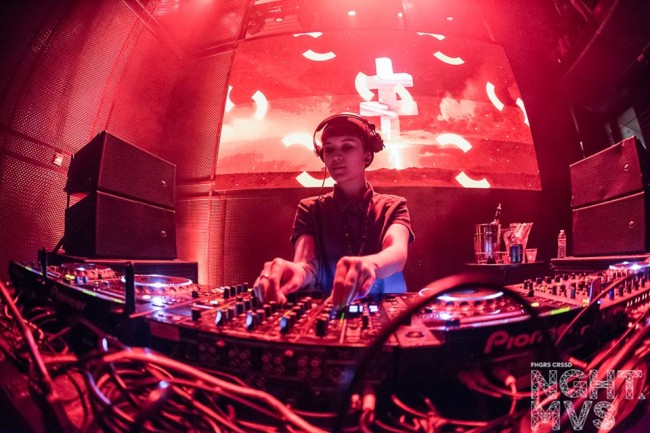 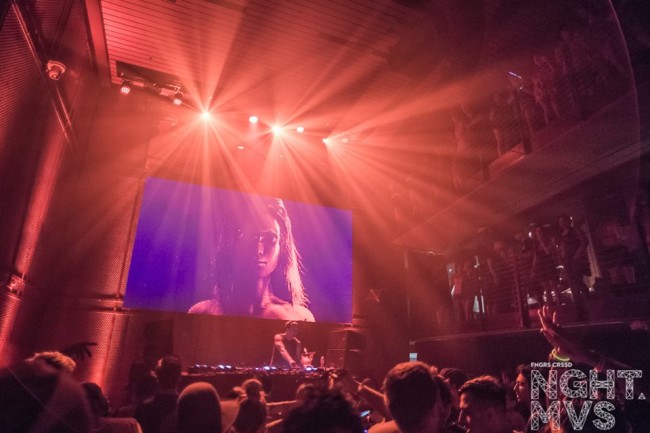