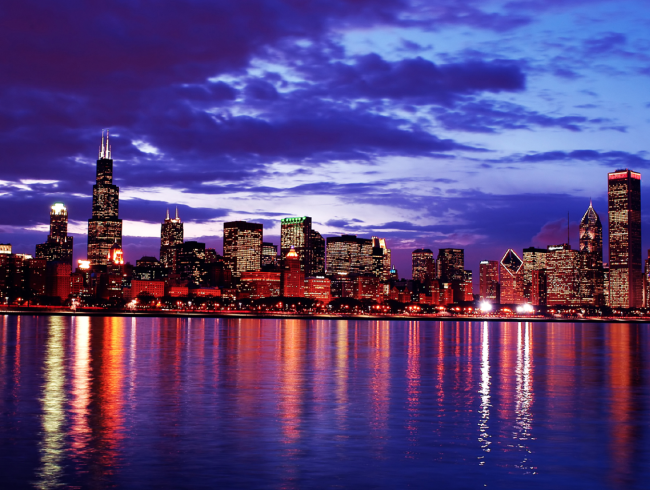 Each year, the staff here at The Sights and Sounds draws upon some of Chicago’s top dance music artists with a challenge: look back, reflect, and make choices honoring the best new music that was released this year. The city commonly known as the “Birthplace of House Music” is bursting at its seams with prodigious talent, evidenced by the abundance of first-class production coming out of large and small studios alike. Dance floors are consistently packed with revelers throughout the city’s nationally-renowned club, nightlife, and festival scenes.

This year, we asked our friend, Chi-town beatmaker and dance floor curator Xonic, to reach out to those acts that our team identified as Chicago’s top Producer DJs, in order to recap and share their favorites. Along with their selections, most of the artists let us know why they made their choice as the top track of 2015. The Chicago dance community, and its legendary underground scene, are collectively and individually strong in health and knowledgeable in breadth going into the new year.

We are proud to present to you the great music that these dance floor curators and tastemakers believe is the cream of the crop from the last twelve months.

Artists are listed in alphabetical order.

“The first time I heard this track was at Ultra Music Festival in Miami this year. Skrillex actually dropped this track and it was an ID track that got the crowd so pumped up. The choice to use large-sounding percussion drops along with the massive support for a relatively newer artist made this my choice for track of the year.”

“Sound design is the first thing I listen to in a song. That’s why songs like this, and tracks from artists like Snails stand out to me. Tracks like this show an understanding of sound design, and don’t just use the same ‘Massive’ patch, time after time.”

TRACK OF THE YEAR:
Mene – Indigo

“Such a feel-good vibe to it. Always worked well with the dancefloor.”

“The melody is beautifully simple. We couldn’t be more proud to be from the same city as these two.”

“I found myself playing this one out a lot. With its soulful vocal samples and driving piano line, I could always count on it setting a nice mood to the room.”

“This was an easy choice for me. I’m a firm believer that personal opinions on songs are based on the experiences people have when they encounter them. I went on a trip to Vegas with some great friends in April, and this song quickly became the anthem of the weekend and thus etched itself into my brain as a feel-good, emotion-provoking memory capsule. Prydz dropped the track during his set at Spring Awakening in June and I remember getting full blown chills and goosebumps. I’ve found that songs driven by emotion are always more likely to stand the test of time, and I don’t see myself ever getting sick of this one.”

“My track that I wrote and produced with D2A. This has a deep, techy groove, with those dark vocals that are perfect for those late night and afterhours sets.”

“I can only assume the title was based off of its summer release date and warm vibes. I played this in all my sets and it was perfect to drop in the middle, out of nowhere. The feel-good melodies and the atmosphere still put a smile on my face.”

TRACK OF THE YEAR:
The Golden Monkey by: Jordan Bernardo ft. RAJ & Desi

“We think it is the overall song of the year, because when you hear the drop, it will turn the party from zero to a hundred real quick. It’s a little overplayed, but definitely a crowd turner-upper.”

“We chose this overall, simply because it was huge this year. Regardless of where you were, or what kind of DJ you were listening to, this track always seemed to find its way into everyone’s sets. It has such a straightforward and infections groove that it was almost impossible to go out without hearing it. It is equally impossible to not dance to it.”

PHNM’s Selections:
TRACK OF THE YEAR:
The Weeknd – The Hills

“So much raw emotion. Mano did a great job producing this track. It has all the changes I want to hear musically. It’s just a perfect track. I was one of the first people to break this record in Chicago, so it was fun to watch the progression from unknown [song], to people asking me what it was, to hearing it everywhere on the radio, to seeing it live.”

Robby’s Selections:
TRACK OF THE YEAR:
Hayden James – Something About You

“I had heard this song in a ton of mixes and clubs, and loved it, but never knew what it was called. Eventually, I found it on Soundcloud and probably played it close to one hundred times over the rest of the day. Easily one of the catchiest and coolest songs of the year.”

TRACK OF THE YEAR:
Autograf – Dream

“The most meaningful track to me this year was our first original track as Autograf. “Dream” represented our dream to do this full-time. Being able to pursue this group has meant a ton to me, and since the track’s release it has been played over six million times, and most recently it was used in the feature film “Burnt’ starring Bradley Cooper.”

“I think this song truly represents the beauty of our generation electronically; it’s very emotional and not only has great meaning, but also the sweetest sound to it that will forever stick with you. Truly a majestic song. Music is life. Thats why our hearts have beats.”

“I chose this track that I co-produced, only because I wanted to recognize and acknowledge the talent of my collaborator on the track, Hi Five. He designed a nasty bassline to go along with a chopped and sampled Drake line from “Over,” (‘One thing ‘bout music, when it hits you feel no pain’), a sample idea that I had wanted to use in a track for a long time. Over a few sessions, the tune came together nicely and ever since, it consistently gets great reactions on almost any dance floor. It’s definitely the release I’m most proud of being a part of in my career thus far.”