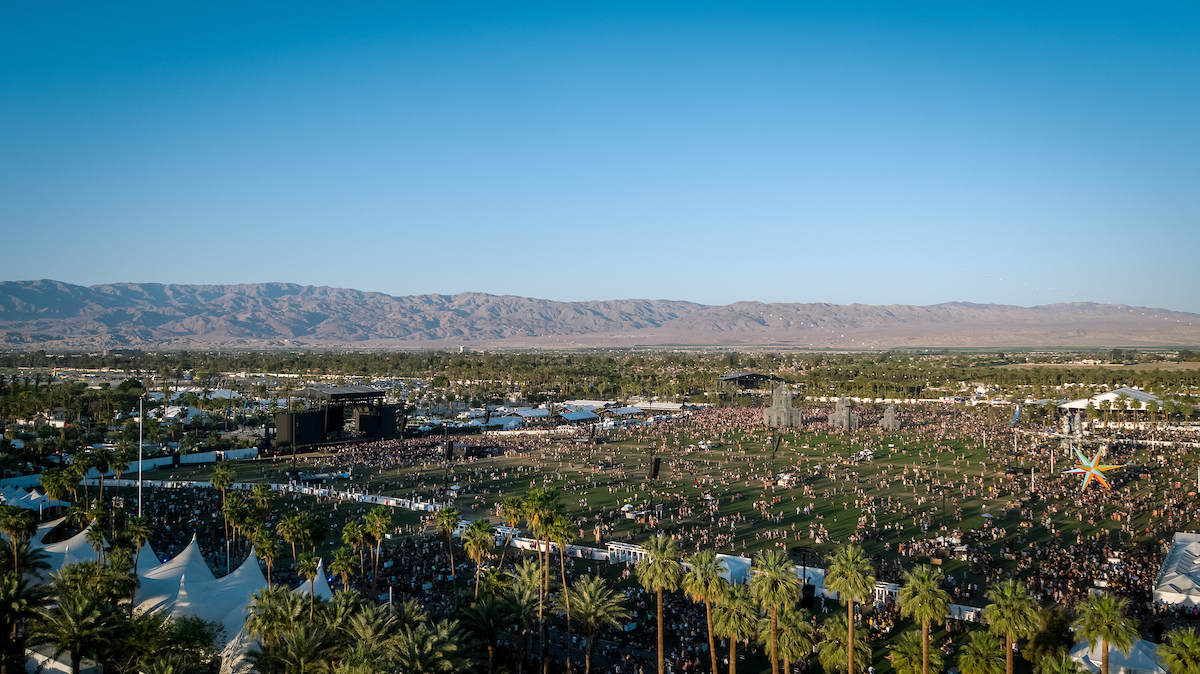 Coachella’s exists at the intersection of pop culture and pop spectacle. The festival is renowned for its state of the art production and massive bookings, but many forget that it was built upon the aspect of musical discovery. In fact, this years lineup is one of its deepest footings yet. Check out our top ten small names to see at weekend 2 below.

Creating an auditory blueprint for the complexities and tribulations that go along with love is no simple task, but Daniel Ceasar took such intricacies to task on debut LP Freudian. Caeser’s atmospheric collection of sonically expansive tracks is begging to take the stage. The 22 year Canadian crooner’s Coachella set will be a career defining moment, one that fans will not want to miss.

“Am I listening to Led Zeppelin?” Detroit rockers Greta Van Fleet were the subject of widespread confusion following the release of their debut singles, which sounded eerily similar to the hard rock legends. Since their release, though, the band have received the official Robert Plant approval, and they have everybody asking: can they keep their raw replicative energy afloat in live performances? Assuming the band gets prime placement at Coachella this year, it will likely be their largest show to date, and a make or break moment for them as a band.

Los Angeles electronic crossover trio Hundred Waters’ released their third studio album, Communicating, back in September. The project veered into immensely expansive sonic territory and saw them refine their sonic elements to a T. Listening to Hundred Waters feels like the audio equivalent of swimming underwater. Given Paul Tollete graces them with a prime nighttime tent slot, their set has the potential to be one of the weekend’s most entrancing sets.

French-Cuban twins Lisa-Kaindé and Naomi Díaz — known onstage as Ibeyi — set out to disrupt the global sonic landscape when they released their sophomore effort. Like other contemporaries, their sophomore effort is a mindful dissertation on resistance in an increasingly divided political landscape. The project’s grooves and melodies will make for one of the most danced at sets this year, and its social commentary will, hopefully, be a welcome plus for festival goers.

King Krule nearly broke into the second line with his billing on Coachella’s poster this year, and he could have likely satisfied such a placement. The 23 year old songwriter’s aqueous sonic landscape paved him a unique path during a time in which indie music felt, for lack of a better word, stale. His newest album is a further step into the melancholic tug of youth struggle, and the albums breathtaking melodies are certain to mesmerize Coachella attendees looking for a more intimate experience.

Until this year, America’s hottest boyband hadn’t played an overwhelming amount of shows. Hardly any, in fact. The group made their presence clear with the debut of their Saturation series, and didn’t stop until they practically reached world domination with the third release of the series. Now, BROCKHAMPTON have their sights set on the live sphere, with an extensive live tour already underway, their first US festival set will have a palpable hype come this weekend.

Carl Craig. The name is practically synonymous with Detroit Techno, and for good reason. Craig — along with genre pioneers Juan Atkins, Derrick May and Juan Atkins — is widely considered to be one of the most influential techno producers the world has ever seen, helping to revolutionize the “Detroit techno” sound and extend his city’s influence into the global techno-sphere. Craig will descend on the Coachella Valley in good company this April, with the rare coalescence of fellow Detroit luminaries Kyle Hall and Moodymann joining him in stride. The Yuma Tent always satisfies festgoers desire to dance, but Detroit Love just might be the most electrifying techno set Coachella has to offer this year.

Quite possibly Coachella’s most shocking get in recent years, X Japan will be bringing their virtuosic thrash metal to the polo fields all the way from Chiba. The Japanese speed metal band is known for their symphonic metal soundscape, which focuses on melodic builds and immersive ballads. The booking is a rarity, to say the least, with it being the band’s only festival performance on the year and their first US set since their took over Madison Square Garden in 2014. A Gobi/Mojave tent set as counter programming to a headlining set is certain to leave Indio in stitches. Do not miss this.

Most may not know Brasstracks have credits that include a Grammy win for their production behind Chance The Rapper’s “No Problem“. Ivan Jackson and Conor Rayne, the duo behind Brasstracks, are a production team based out of the Tri-State area who combine everything from live funk and R&B to rap and electronic music. The pair are big proponents of live instrumentation and their set at the Do Lab stage on Friday will be one not to miss.

Billboard has singled Magic Giant out as one of the “10 Awesome Bands” playing Coachella this year, and we agree. The Los Angeles-based trio have been thrilling growing crowds along their 70-city North American and European tour, celebrating the release of their debut album ‘In The Wind’. A cross between Mumford & Sons and Maroon 5, you’ll be hard pressed to find another 3 humans who put off as much good energy on stage as Magic Giant.

This “one woman band” has been burning up live sets and online shows – from NPR’s Tiny Desk to Rolling Stone’s offices. Self-taught, singer songwriter, beat boxing, vocalist, guitar tapping, and loopologist, Tash Sultana is an artist who completely loses herself in the music she performs. Hailing from Australia and playing guitar since the age of 3, this singer-songwriter is not only one not to miss at Coachella, but on the record charts as well.

Justin Martin has been a staple on the underground house circuit for years, making waves with the now infamous Desert Hearts crew. Martin made his Sahara Tent debut last week which featured a brand new visual show by Strangeloop and some unreleased tracks. If you’re looking for some dance relief and deep, groovy sounds, make sure to catch him performing on Friday at 4:55pm in the Sahara.