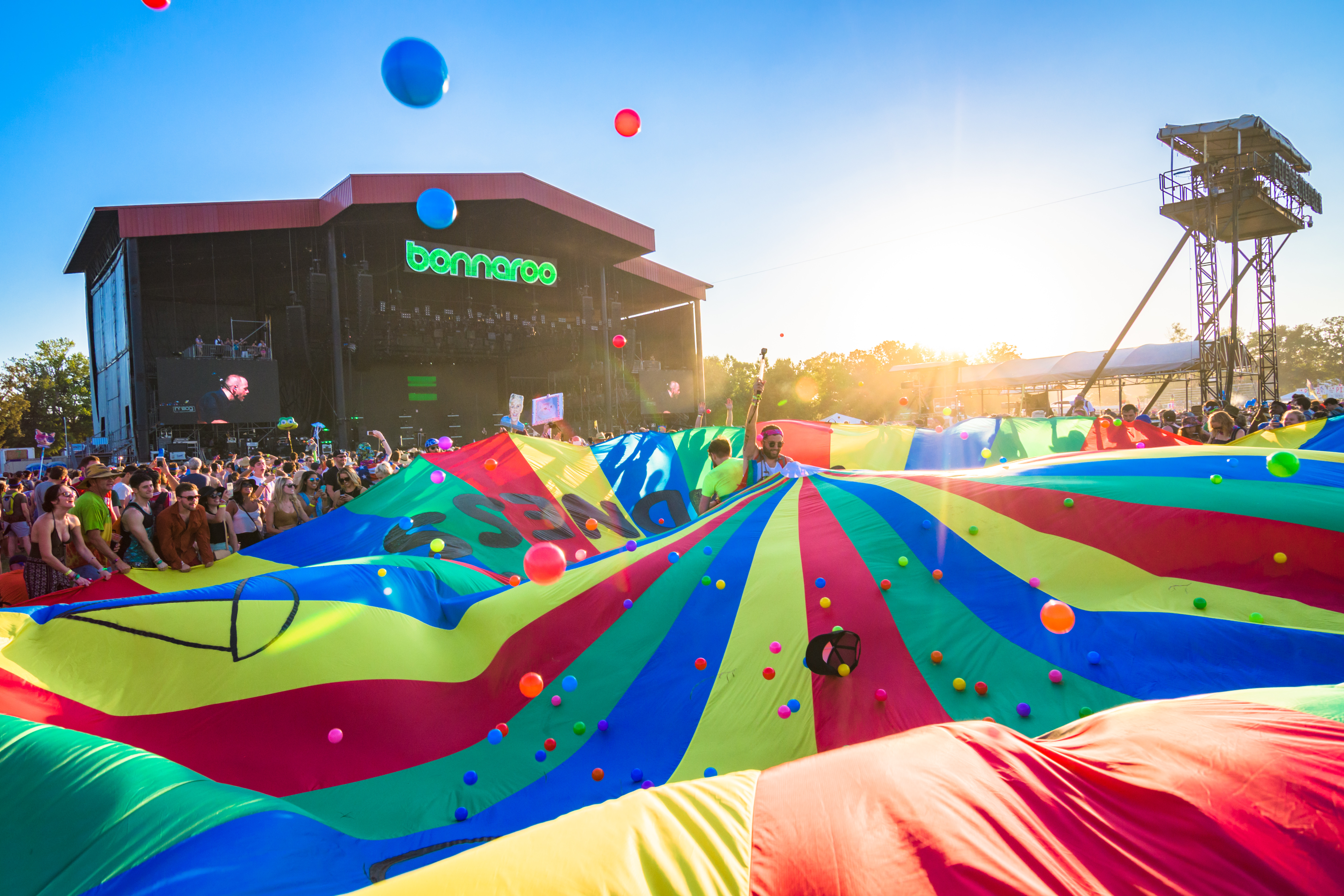 Today was a good day for upcoming Roo attendees, as Bonnraoo revealed the daily lineup for this year’s music and arts festival in Manchester, Tennessee June 8-11. 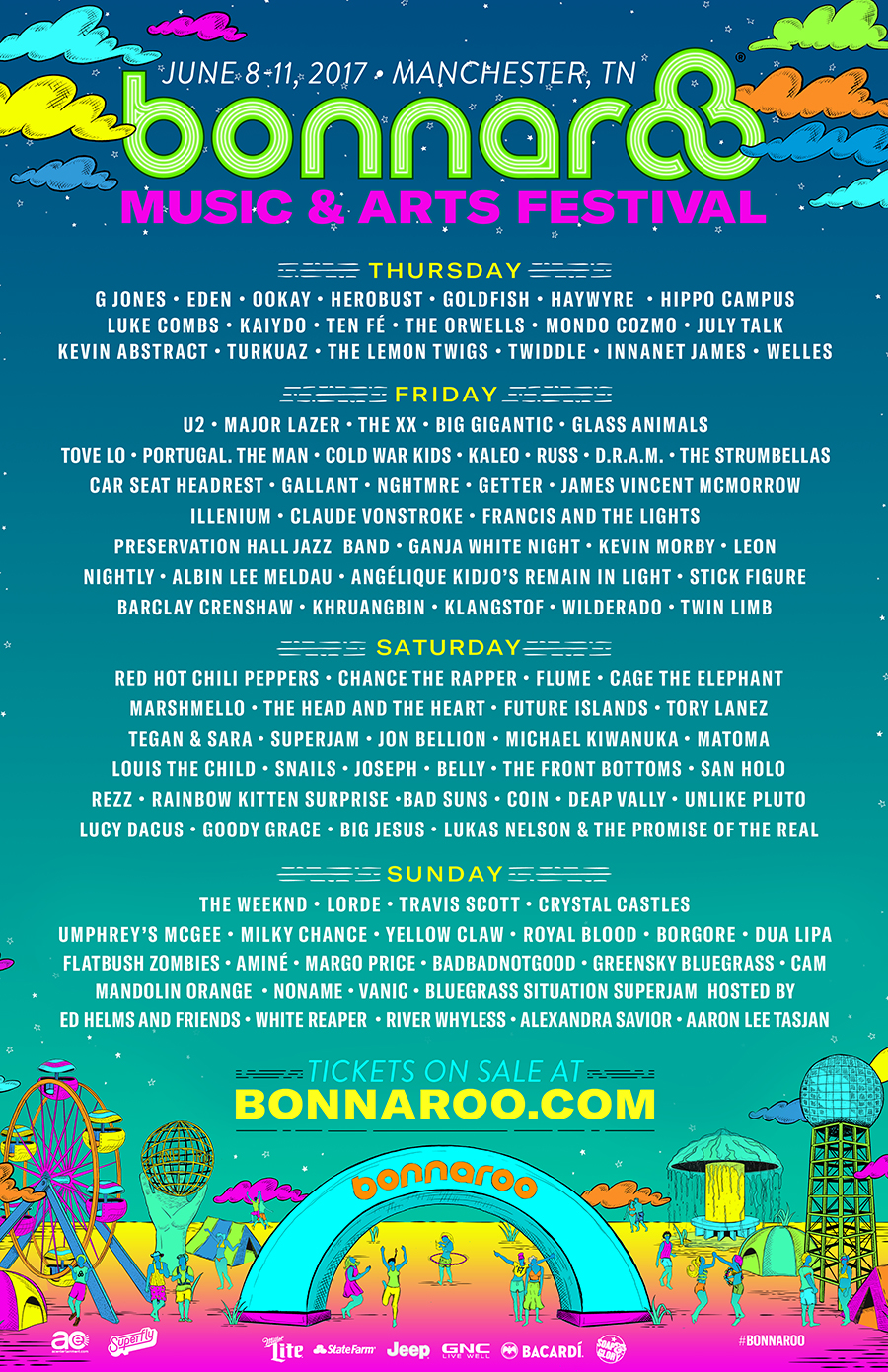 When the festival first began, Rolling Stone called Bonnaroo one of the
“50 Moments That Changed The History of Rock ‘n’ Roll,”and it’s sure lived up to the title.

Now the festival’s offering more diversity than ever before.

This year’s lineup features a multitude of artists, including the return of longtime rockers U2 and the Red Hot Chilli Peppers, unsigned sweetie turned Grammy’s-showstopper Chance the Rapper, and the UK’s The xx.

It appears Roo has planned this festival pretty strategically from the get go, slating jammers, newcomers, and underground funky favorite vibes for its first night, sure to impressive the younger crowd, while Friday drops an enormous array of artists sure to please all on the farm.

It appears Sunday evening will close out the festival with The Weeknd, following the accompaniment of other young favorites Lorde, Travis Scott and Crystal Castles, a stark comparison to the rock legend closers of year’s past. It looks like Bonnaroo is trying to keep up with the new crowd coming back to the farm for as long as possible.

The festival will also feature an array of performers at its Comedy Theatre, including Hannibal Buress, Natasha Leggero & Moshe Kasher, 2 Dope Queens, and more.

2017 GA passes are still available at the third tier price, but hop on it soon before you’re too late.