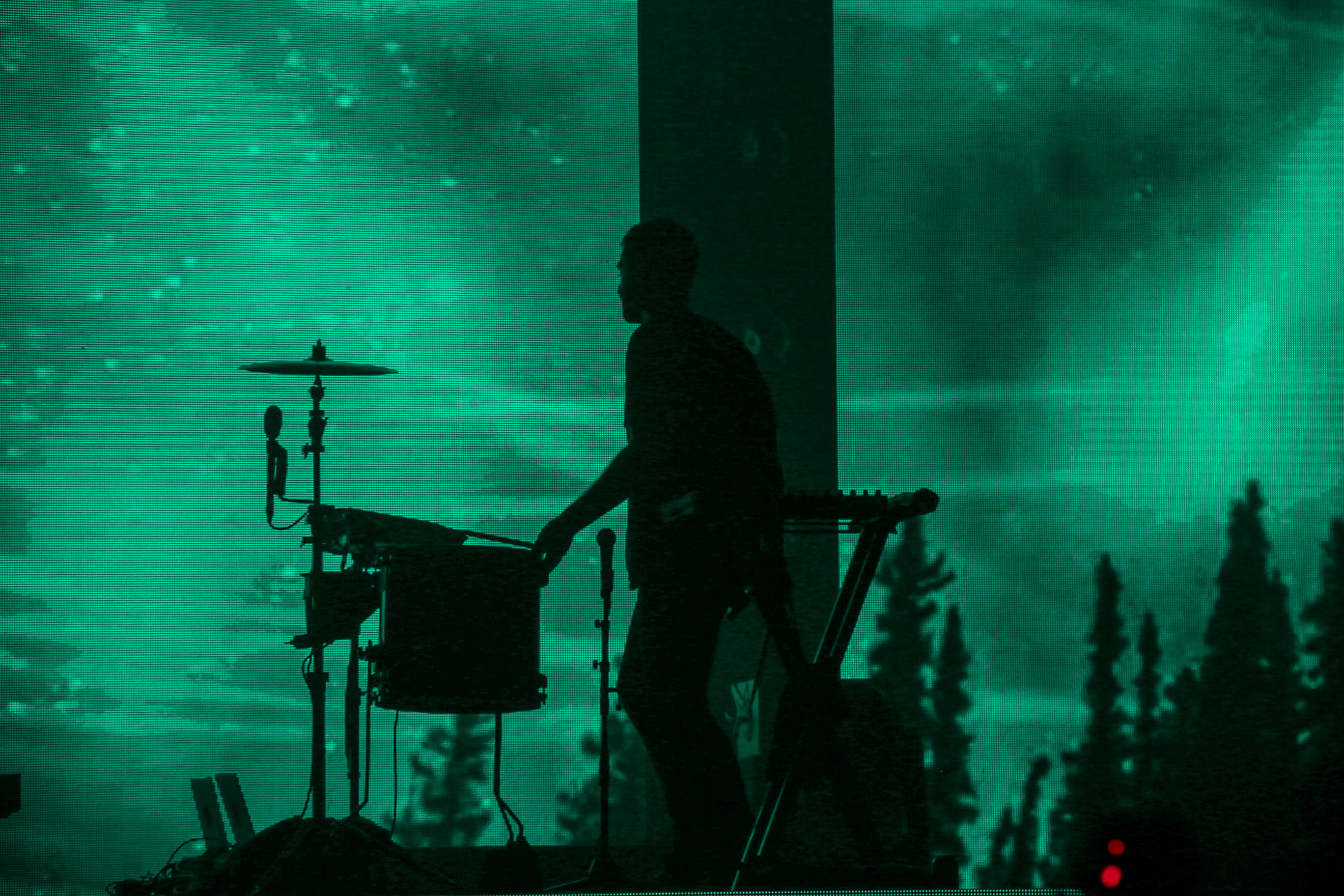 You hear it constantly from the seasoned festival goers at Camp Bisco Festival, “The old Bisco was absolutely insane!” A notion that still resonates with Camp Bisco fans. In a way, I think they long for that experience. The festival originally took place in Mariaville, New York and was categorized by the energetic attitude of festival goers and a general sense of “fuck it, it’s Bisco.” But this came with its drawbacks. After being plagued by a series of fatal incidents the festival was forced to take a one year hiatus before coming to Montage Mountain in Pennsylvania in 2015.  In 2015 Bisco brought in fans from two of the most loyal electronic fanbases in the country: Lorin Ashton (Bassnectar) and Derek Vincent Smith (Pretty Lights). The year did not go without its episodes, but it went well enough for the festival organizers to gain the permit to return to Montage the following year. And we’re glad that it did. 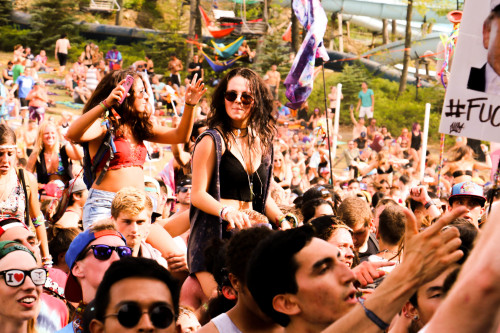 The festival is deeply rooted in a “fuck it, let’s party!” vibe. This generally means that everyone around you is in a tremendously joyous mood, free of stress, and are definitely willing to socialize outside of the main festival area. You can hear the chants of “happy bisco!” being shouted all over the campgrounds of the festival. I got to the festival on Thursday at around 3 O clock. By then the majority of the patrons have already set up camp and are either enjoying music or planning out their days. 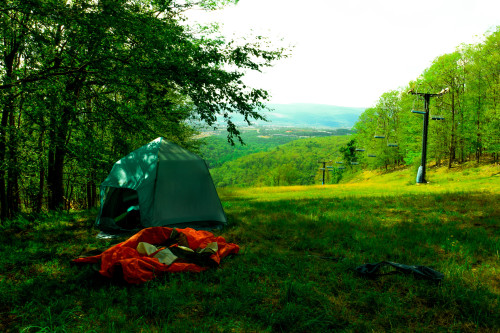 After getting on a school bus with all of our luggage we were promptly dropped off at the entrance of  the Montage Mountain Resort. From there, we were dragged by a truck in a wagon to either the base or the top of the mountain, depending on how much you wanted to hike to get to your campsite. I have to admit, it did feel reminiscent of my time going to camp as a young boy, although this time I didn’t completely embarass myself by soiling my trousers on the second day. Does this mean I’m an adult yet?

When a friend and I went to the festival in 2015 we had the pleasure of coming across one of the most prized gems Camp Bisco has to offer. It is without a doubt the highlight of my Bisco camping experience and one of the reasons that makes camping at the festival with friends such a great experience. The holy grail of camping spots. If you simply traverse the mountain a little bit further than necessary through some of their lightly wooded areas you discover a nearly flat, wide open spot complete with a scenic view. Needless to say we were thrilled to be camping with enough space to play frisbee, cook food, and lounge around without the constant noise and commotion that comes with going to a camping festival. Although I love the craziness of camping, this was nice to return to after a long days worth of hiking up and down Montage Mountain while dancing and head banging. We set up our tent, relaxed for a bit, and then dove right into the music.

Thursday was arguably the best day of Camp Bisco. Early on in the day Josh Wink brought techno in it’s purest form to the mountain while Anderson Paak put on a funky and beautifully artistic performance. Hermitude definitely set the tone for the night. Not even ten minutes into their set at the Above the Waves stage, which features a giant wave pool to the side, they dropped their newly released single ‘Vibration.’ All of these sets were simply anticipating what was coming later on in the evening. While they were all incredible in their own right it would be hard to argue against the claim that supergroup Big Grizmatik was the best performance of the festival, at least in my eyes. Big Grizmatik is a group that contains Gramatik, Big Gigantic, and Griz. The group rarely ever plays concerts or festivals but when they do it is nothing short of epic. 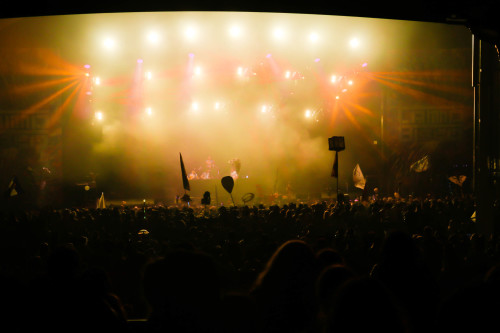 The set was iconically characterized by the group throwing down each individuals best hits back to back to back. Big Gigantic’s ‘I need a dollar’ remix set the tone early in the set for a legendary performance and the momentum carried it all the way to the encore. Grizmatik’s ‘Digital Liberation is Mad Freedom’ and ‘My People’ erupted the stage while Griz and Dom of Big Gigantic busted out on the saxophones going back and forth with some seriously sexy solos. During one of Griz’s sax solos my friend who had never been to a festival before looked at me and asked “How is it so happy in here?” It’s all in the funk baby!

After waking up to the hot sun beaming through into my tent at 9am I made the switch to the hammock and got some much needed slumber. I woke up in time to see Thundercat jazz up the stage. The experimental Bassist has worked with Flying Lotus and, most notably, pr 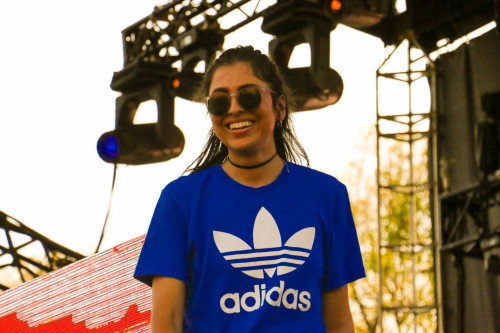 oduced portions of the album ‘To Pimp a Butterfly’ by Kendrick Lamar. Lettuce and the Disco Biscuits graced the stage with their jams while Anna Lunoe dove into some deep house at the Above the Waves stage. When Odesza took the stage, the energy took a superhuman level. It was as if the entire crowd, at that moment, became a single entity. 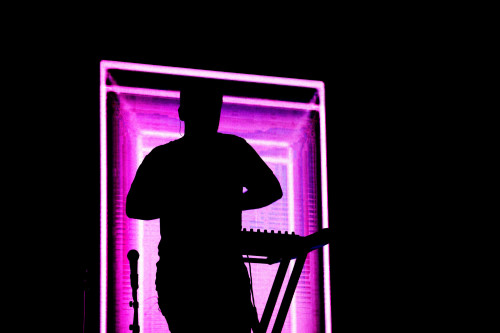 The pair opened with an ID track, followed by the iconic ‘Koto’. Songs like ‘Waited for you’ and ‘Bloom’ caused the crowd to ebb and flow like a tide would. Everyone was ecstatic, everyone was together. It was the type of set where you totally lose track of time and yourself. I felt one with everything going on. The music took over and suddenly there was no “I.” There was only us. The duo closed out the set with their remix of Zhu’s ‘Wasted’. It was nothing short of spectacular. After their set The Disco Biscuits took the stage for the second time of the evening. Big Wild and MK both put down notable sets and Griz 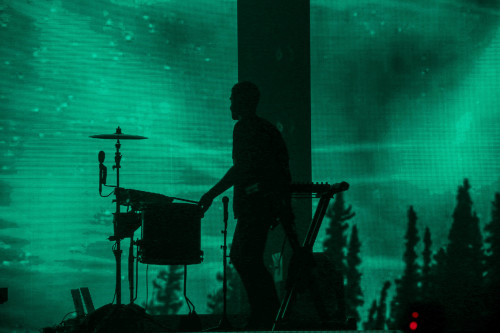 closed out the night while 12th Planet absolutely obliterated The Office stage, talk about a wild dub performance.

The final day of a camping festival is always a test of one’s will to live. By this time you’ve likely gotten around eight hours of sleep over the course of three or four days, you’re legs ache from dancing and hiking, and you seriously want to sleep in a bed. I started the day by heading to the water park for the first time. “Why didn’t I do this before?” I thought to myself. It was pure bliss. I sat in an inflatable in the wave pool as I bounced up and down with the waves while future rock lulled me to a blissful state. I fell asleep about thirteen 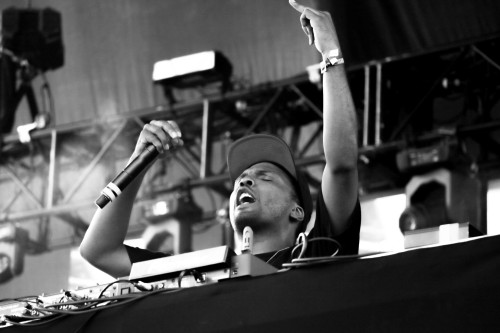 times, but who’s counting. Once I finally made my way out of the pool and into the photo pit I realized that 12th Planet was on stage. “He already played on Friday” I thought to myself. I asked someone near me why he was getting on stage and they promptly told me that he was filling in for Destructo who could not make it to the festival. 12th Planet then proceeded to provide the festival’s Above the Waves stage with enough bass to kill a large animal. The crowds reactions to 12the Planet dropping bass bombs on them were definitely the best part of the whole set. 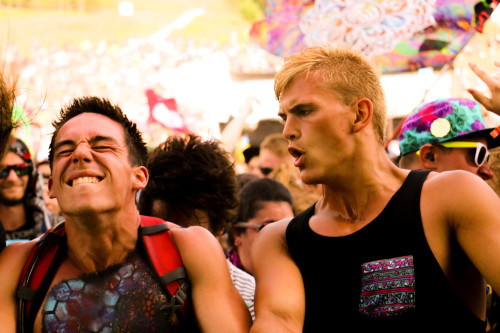 At one point I had to step to the side to get away from the subwoofers. Barring Caspa and Rusko’s legendary set at Electric Forest it was potentially one of the wildest dubstep sets I have ever witnessed. The headbangers were in full force for this one.

Zeds Dead took the stage at 9 o Clock. I will admit, I am not the biggest Marshmellow fan so this was the headlining spot of my night. Zeds Dead came out with force and made it clear that they were not messing around. The duo, originally known for producing dubstep, played tracks from nearly every electronic sub genre. It was an eclectic mess of dancing, raving, and head banging. One minute you’d be vibing to some deep house and the next they would drop a dubstep track hard enough to cause an apocalpyse. It was everything I could have wanted out of a performance. Zeds Dead took the cake for the best set of Camp Bisco.

Overall the production at Camp Bisco was nothing short of stellar. While the festival’s logistics could use small improvements, this is generally something that comes with changing venues. For electronic music lovers, Bisco is definitely the place to be. The festival goers attitude coupled with the stellar lineup that the festival produces each year means that Bisco is certainly here to stay.