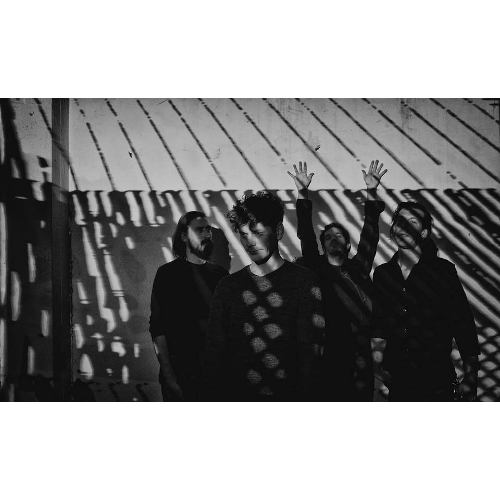 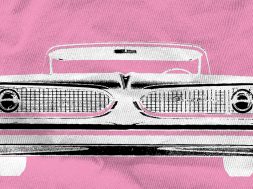 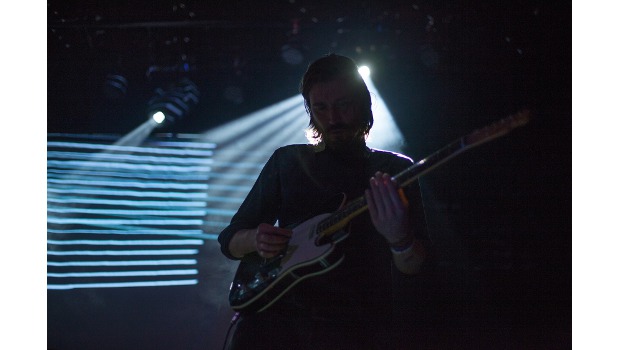 When I hear poppy, cheery, bubble-gum-smacking tunes I’m convinced I really need to get this depression diagnosed. The opiate of the masses: make people content about their lives so they, unperturbed, reproduce the given social and political order. Beautiful world? Sure, but let’s be sincere. What makes it beautiful isn’t its happiness, luminance, and spectacle, but the way it reconciles this with some true ugliness. Beauty is in the coexistence of these with genuine grit, pain, redemption, and human condition. Thankfully there are bands out there like Disappears, who do not run the risk of making you happy. That’s not to say listening to their newest release, “Irreal,” isn’t an enjoyable listen; in fact, the album is stellar, remarkable in the way it masterfully occupies the difficult-to-negotiate space between grunge, industrial, noise, and straight-forward indie. It’s an album that, if you don’t mind having your ears challenged, you’ll impulsively return to multiple times, each time more rewarding than the last. As I’m currently on listen #6ish, I am on an extreme level of enjoyment. But to my relief, not happy.

In “Irreal”, Disappears create a barren, repetitive landscape, even more so than in previous releases, and in each track’s patient evolution stir impatience in the listener. The transitions between track sections actually come as a relief, capitalizing on built tension right when they might otherwise lose you. Listening through their catalog, this release is probably the most difficult to sit through. This is both because of their patience and because it’s far more sparse than others. But it’s the necessary culmination of their discography – there was no other possible “next step” – and this step is certainly a step “up”.

Disappears have consistently matured their sound and with each release strike a new chord of resonance. They set the bar pretty damn high with 2012’s “Pre-Language”, but managed somehow to surpass it with 2013’s “Era”. Here we are, two years later, and Disappears have managed to distill their sound to a grinding, churning morass of distorted guitars conspiring with pulsing, unsettling beats. Few lyrics see the shadows, and are quite easy to miss unless you’re trying to decipher them to offer insightful reflections (I tried; sorry, no dice here – they seem to be simply geared toward darkening and obscuring interpretation). As they’ve toned down the speed and directness of this release, I can’t tell if I should be excited to see their next steps in development, or if they’re signalling the imminent end. Time may tell.

There are other bands more extreme than Disappears. They’re not as abrasive as Swans but close. Of course many more want to push and shove the way Disappears does, but effectively subsuming creativity to aggression. They’re not as minimalist or doom as Sunn 0))), but are far more diverse in tactics. They’re not as atmospheric as Have a Nice Life, but they’re instead more concrete. What they do really well in “Irreal” is coaslesce several disparate trends in the rock scene and show how they’re actually more closely related than people tend to think they are. And taking the best of all worlds sounds pretty good.

Check out more from the Disappears and snag their music on iTunes Disappears” title=”itunes” target=”_blank”>here.