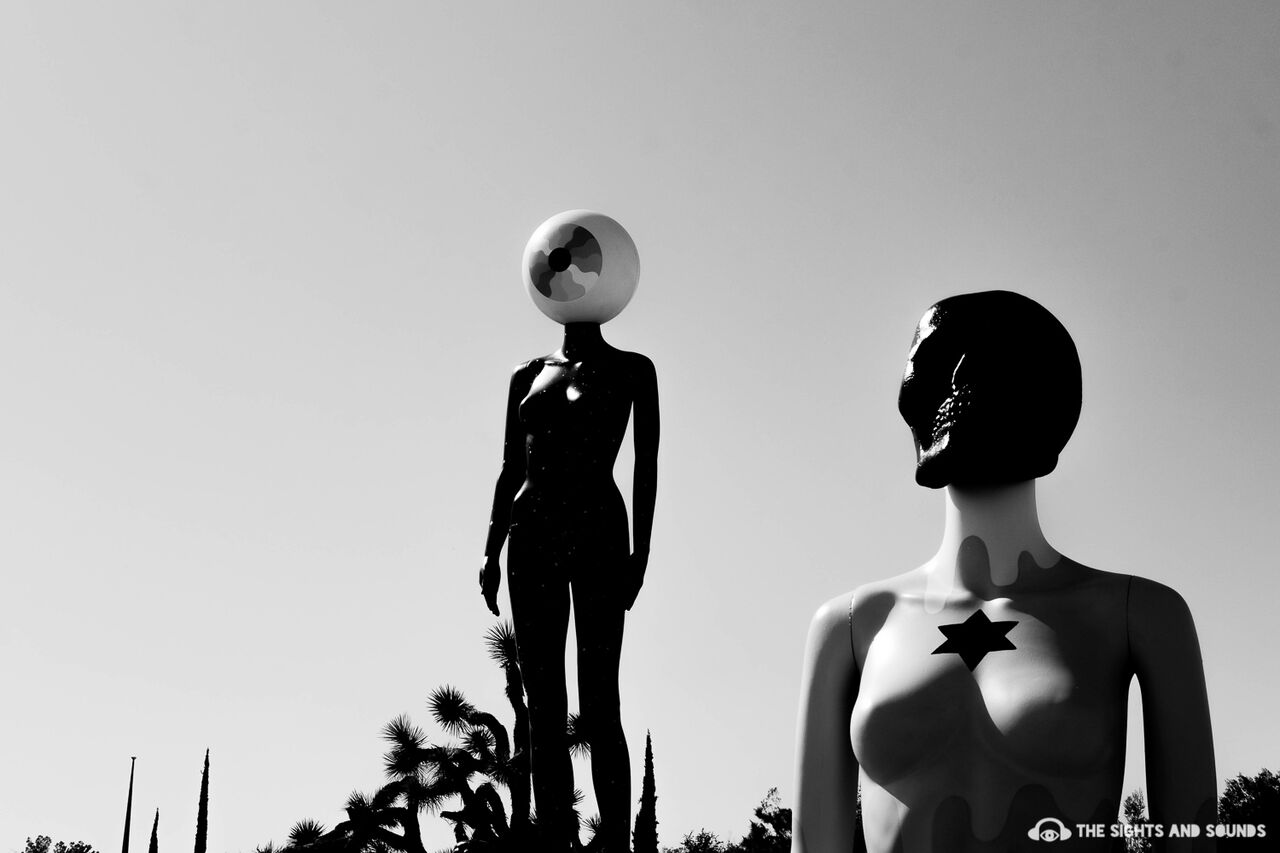 Many of our lives are defined by the music we listen to; whether we tune in to the radio, scour record stores, or catch live performances…

It’s undeniable that the way we, as keen listeners, contextualize music has a profound effect on our overall musical experience. This is why that when we, at The Sights and Sounds, headed to Desert Daze Festival we knew we were in for a pungent whiff of something new and profoundly singular. The festival is unique in that not only does it have a lineup that leaves even the most devout music fan satisfied, but the space in which it operates is one of the world’s most alluring destinations, thus, affecting the way that the festival’s performances are perceived en masse.

David Byrne, of the seminal post-punk group The Talking Heads, articulates this phenomenon in his book How Music Works. In the text, Byrne describes how space itself shapes context, and thus, enjoyment.

“The way one sees things, and the expectations one brings to a performance, or any art form, really, is completely determined by the venue,” says Byrne. 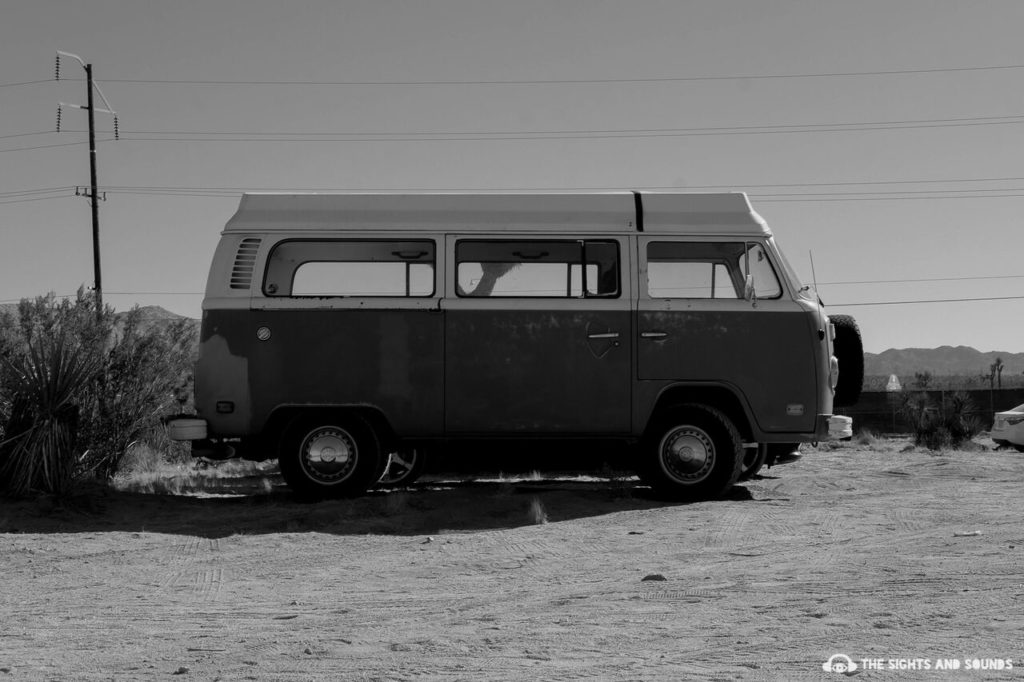 Ultimately, performances have been embedded into our subconscious through the medium of perception. While a performance itself is fleeting, by design, the medium by which we perceive and the degree to which we remember the performance remains concrete.

In a wildly oversaturated and, apparently, monotonous American festival climate, Desert Daze is a bold antithesis; a stand out act. For many California natives, the trek to Joshua Tree was a breath of fresh air — literally — but also, the festival serves as a catalyst to the global contextualization of modern day rock music. Even though the festival has been dubbed “Desert” Daze by its founders, the event is, indeed, an oasis among an increasingly bland “festival-desert,” so to speak.

Desert Daze is a return to the impassioned fervor that took the world by storm in the late 1960s.

Genres at the festival spanned the entire history of modern rock music, some performers dating back to 1967 with Iggy Pop leading his band to an indefatigable performance despite having turned 70 years old last spring. “Youth of California” Iggy yelled out to the crowd, gyrating wildly song after song, hardly stopping for water. Or even to breathe, for that matter. Even the most casual listener would have the intuition to understand that Iggy’s set was a phenomenon of grand proportions, for when the Stooges founder and frontman shook his hips on stage it seemed as if every motion was perceived as divine by the thrashing crowd of twenty-somethings thrashing their bodies in the “pit.” A sight to behold in 2017. 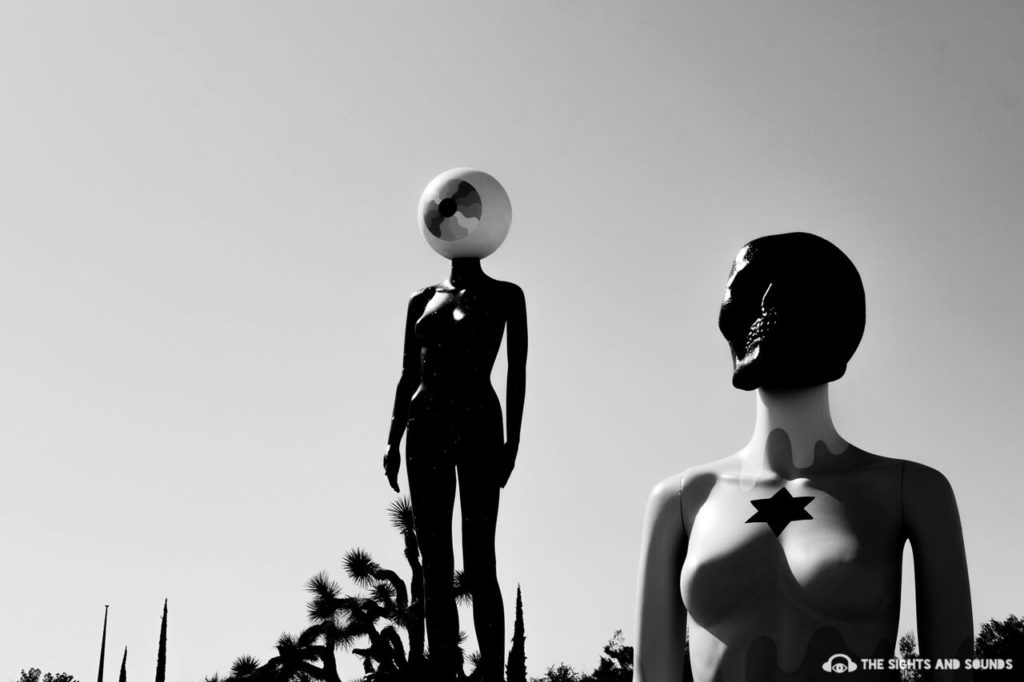 Maybe we’re still buzzing from his set, but we had an epiphany that Iggy’s set was a “Bowie moment” for the punk-influenced crowd that was Desert Daze. Surely, years down the line when Iggy leaves the Earth hundreds of kids at the show will wear it as an alternative accolade.

While Iggy Pop satisfied festival goers desire to see a fabled legend, King Gizzard satisfied the quench to watch a newfound seminal group hit their stride, in unhinged fashion, on the festival’s main stage. While Gizzard’s crowd at Desert Daze wasn’t nearly as large as the band’s set at Coachella last spring, it was equally feral. At times, possessing an almost demonic energy. The bands guitar solos whizzed in true punk fashion, but the group incorporates so much more than a traditional punk band. Touting two synchronized drummers and an additional five more members including three guitar players, Gizzard loops in and out of songs effortlessly in a tumultuous frenzy of something that’s halfway between thrash metal and psych rock. If any band were to take the cake at Desert Daze, it was King Gizzard and the Lizard Wizard. The group is leading the charge towards injecting a tangible verve back into rock and roll, complete with a “no fucks given” attitude; what else would you expect from a band with a near eight-minute song called “rattlesnake.” 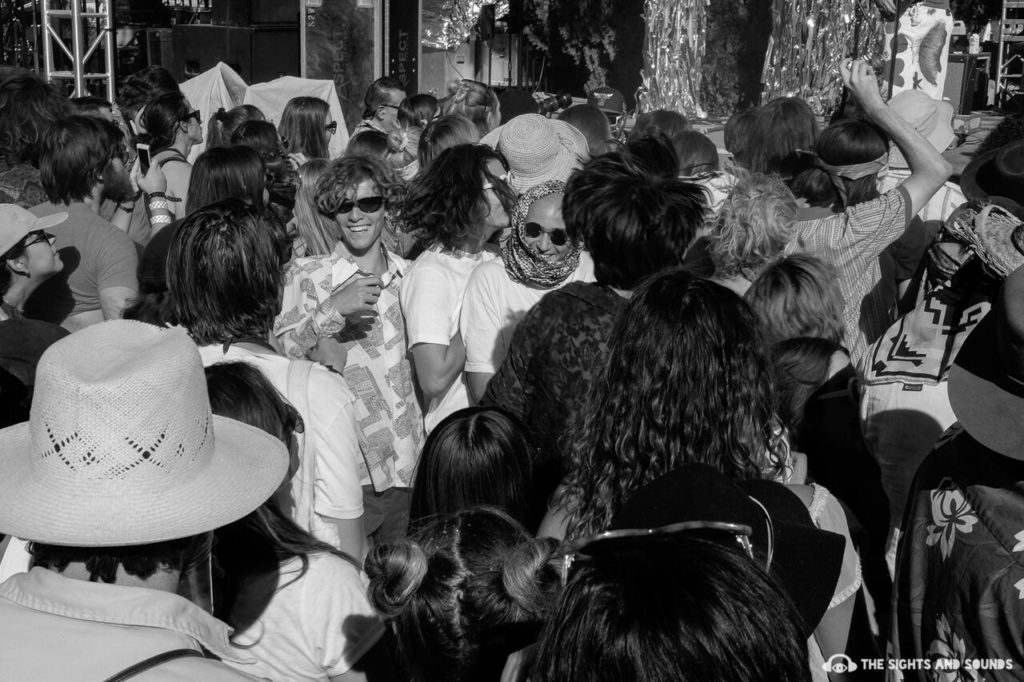 Gizzard may very well be serving as future punk music’s prolific prophets. After all — at least at the moment of writing — the band’s currently working on their fourth studio album of the year. Desert Daze was a simple testament to their promised longevity and impact on the industry as a whole.

If King Gizzard were the Beatles of punk at Desert Daze, then GØGGS were the Rolling Stones. The trio includes Ty Segall along with Fuzz bandmate Charles Moothart; the group is fronted by the vivacious Ex-Cult lead singer Chris Shaw. It doesn’t matter that the GØGGS only have one forty minute album released because, well, they kick ass and take names. As the dust kicked up in Wright Tent the group blazed through their single album catalogue with a palpable ferocity. The prolific Ty Segall, who normally takes center stage at his shows, was merely a component of the punk supergroups mayhem. The real driving force of the group is lead singer Chris Shaw, who dances and bellows into the mic with the flow and measure of Adam Yauch and the ill fevered temper of Henry Rollins. One need not look further than the giant mosh pit center crowd at the show to note that punk is alive and well, and the GØGGS are resurrecting it – the group is integral to the punk scene in 2017, and they put it all on the line at Desert Daze. 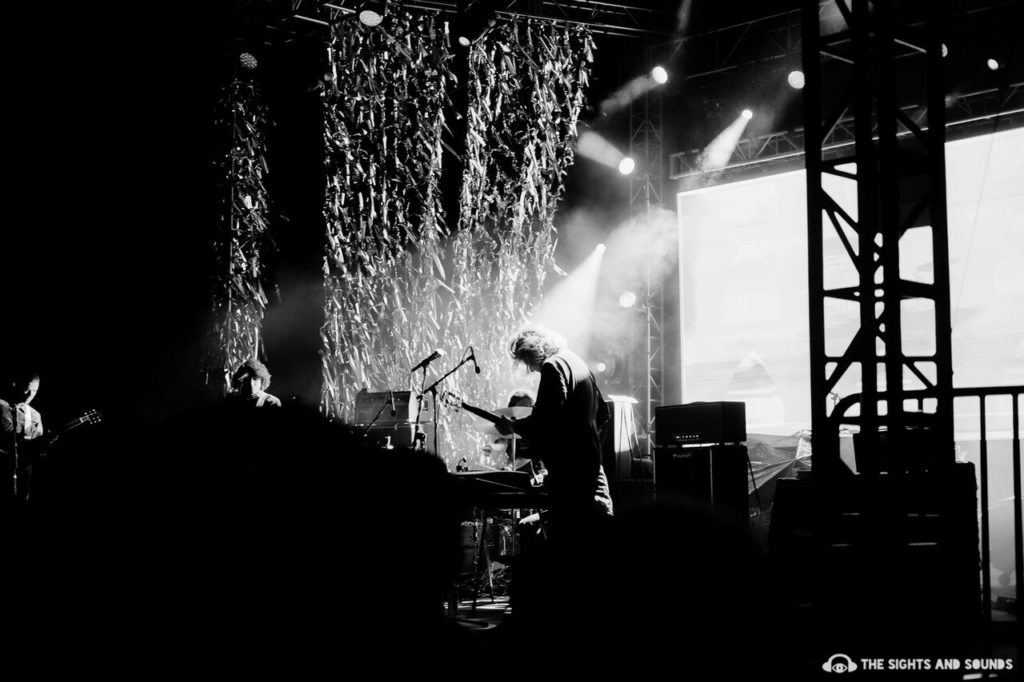 Desert Daze on its face is an impassioned, generational intersection.

One glance at the lineup would communicate this to those who considered attending. But, what sought out the festival’s success and allocated its success in soaring above its contemporaries was a seemingly effortless, and yet, clearly thoughtful curation. Such is what happens when those who love music come together to create a musical paradise. Absolutely brimming with tantalizing talent, Desert Daze cultivated a natural assemblage of acts. Between stand out rock acts and artists who exuded experimental grandeur, Desert Daze’s curation exemplified an understanding of what its audience was yearning for. Whether it be the opportunity to ride into the sunset on the soundwaves of a soothing surf rock set — we’re talking the Allah-Las on Sunday night —  or a enthralling deliverance from heavy metal psych rockers Sleep who performed their seminal album Holy Mountain in its entirety, Eagles of Death Metal taking the audience to rock church, or the 1960s Thai funk inspired band Khurangbin  — whose sound is somewhere between bass-heavy psych rock, a Tarantino soundtrack, and surf rock — those who flocked to the musical oasis left feeling rejuvenated and revived. The healing power of music within them, ignited,  and left ablaze…. that is until next year. 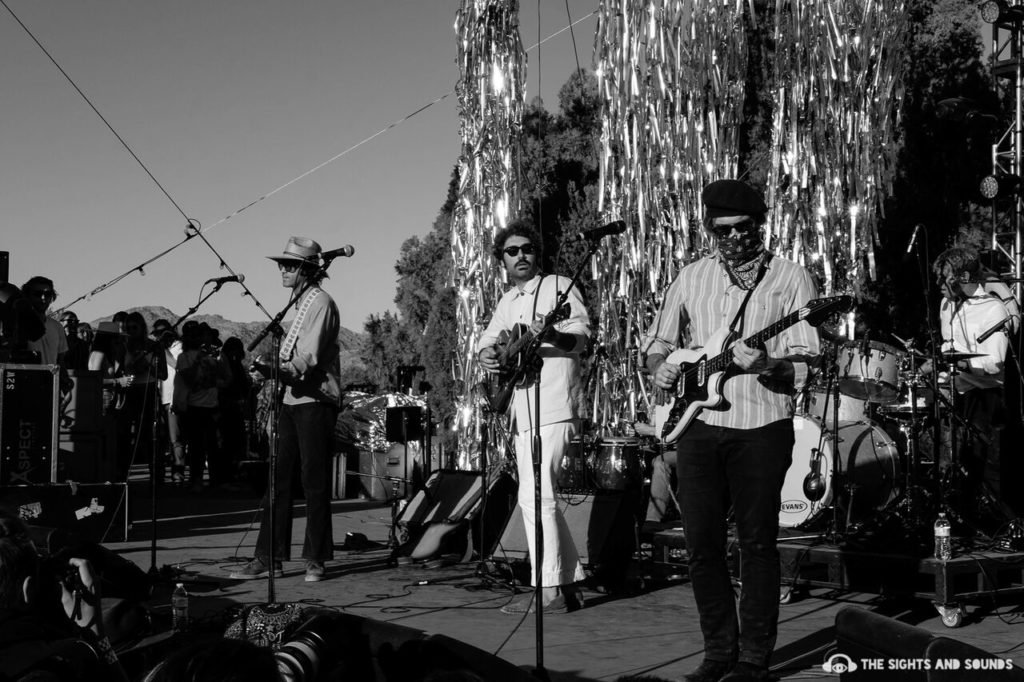 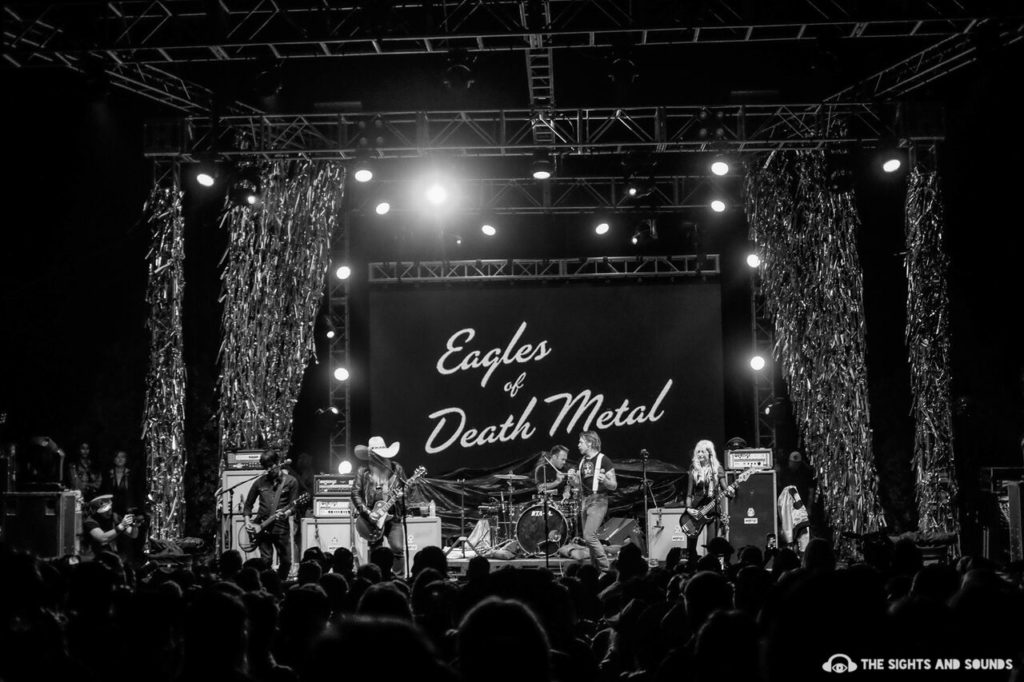 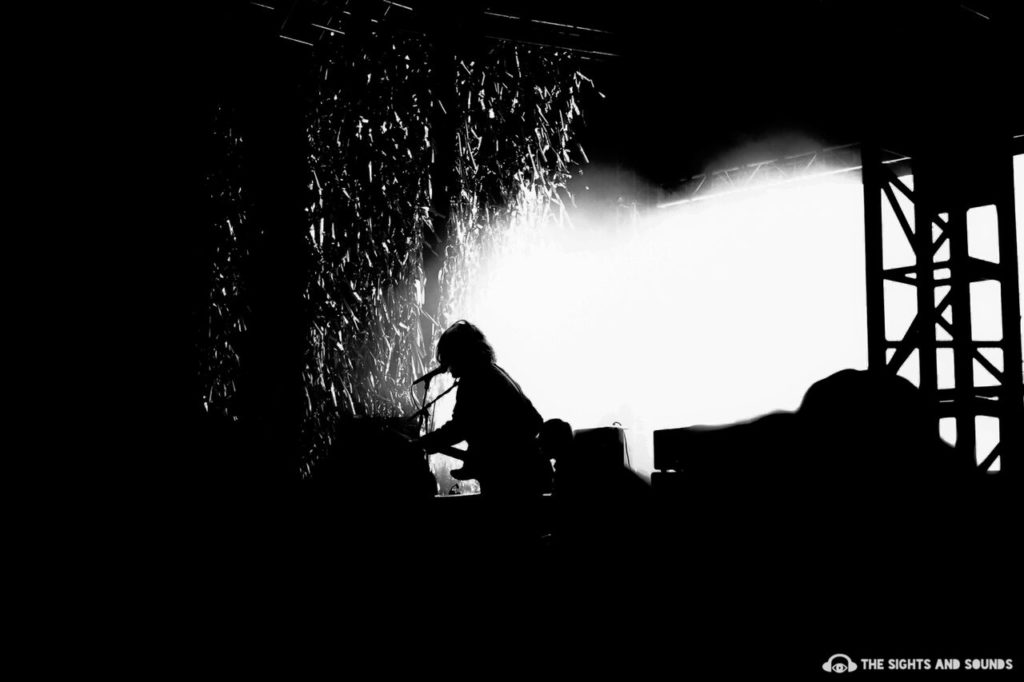 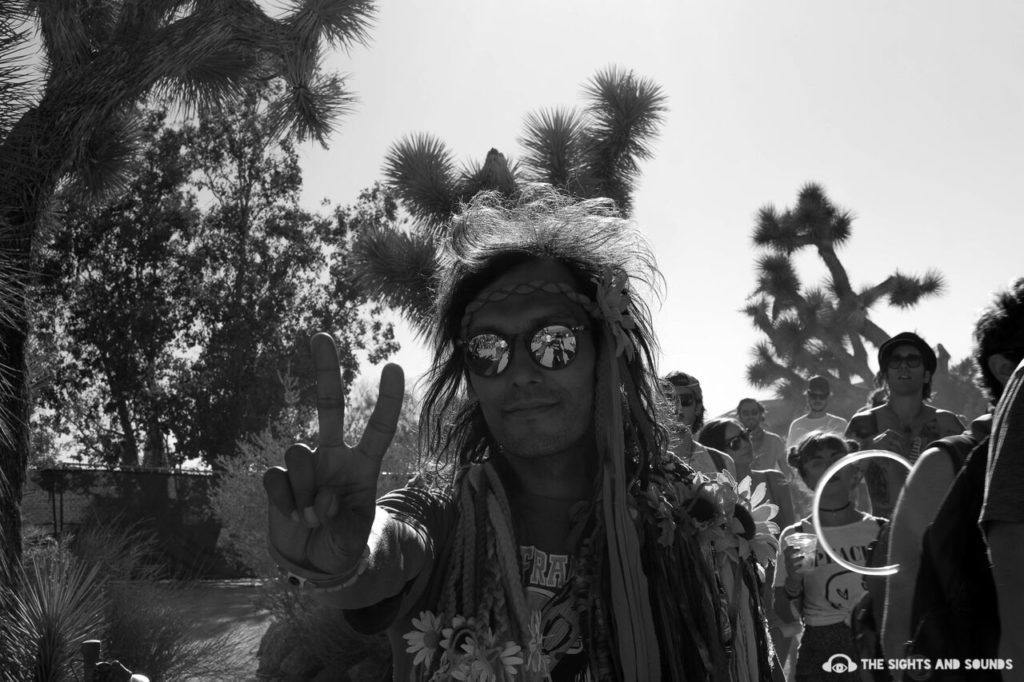