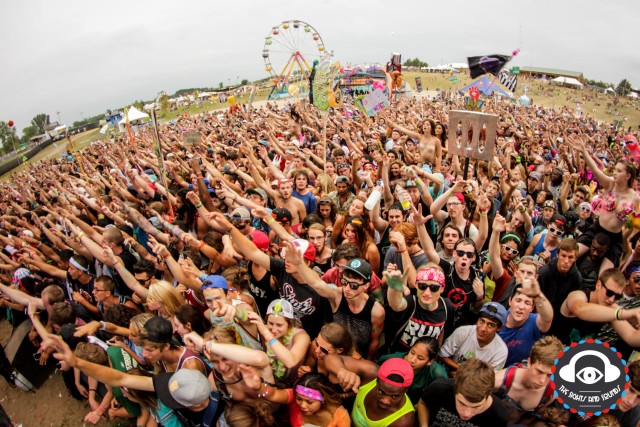 Summer Set went hard. The weather was good, the vibes were great, and the artists were on their A game. A couple shows are still solidly glued to my memories – Bassnectar, The Floozies, Chromeo, Flux Pavilion, RL Grime, and Captain Murphy, better known as Flying Lotus. It’s hard to pick a favorite act because they all excelled in their own ways, but if you asked Captain Murphy, he’d probably tell you he was the best. The whole time Flying Lotus mixed, my friend was trying to chant Captain Murphy and barely anyone in the crowd knew what he was talking about. People figured it out when Fly Lo went on the mic and said that he was going to do something special for his fanboys, and drop some Captain Murphy material. I’ll never forget when he told everyone, “I’m gonna say some shit just cause I’m drunk… ain’t nobody who sits in the fuckin’ computer making music better than me… seriously you’re fuckin’ dead .. I’m just kidding, haha.”

After seeing this guy at the very first North Coast (where he absolutely blew my mind) I had very high expectations. He played a very hip-hoppy vibe, including the Bone Thugs track “Ecstasy”. One of his popular tracks, “Shake Weight,” produced by TNGHT, was an absolutely glorious end to a stellar Sunday set.

For me, Bassnectar stole the weekend. Since he was the last act on the Main stage with no competition from other stages, the crowd was in full force. I’ve been a Bassnectar fanboy for a long time, and what I love most about every single show is that the music is always different and new. The beginning of his set covered the majority of his new album Noise Vs. Beauty, and every track had interesting new layers and changes that made listening to them a new experience. As he progressed through his set he manipulated the emotions of the crowd. He began with a hard, heavy hitting vibe, and continued into a chiller, uplifting trance. 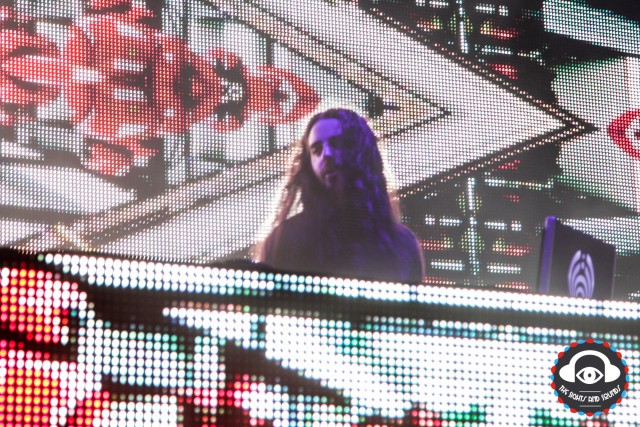 His visuals were the best I’ve seen yet. This year Bassnectar pioneered new technology dubbed the ‘UNS – Ultimate Nerd Server’. He hasn’t given a very in depth explanation of the technology, but it essentially connects his mixing improvisation with his visuals. Compared to past Bassnectar shows, it’s clear that the visuals have become more easily manipulated based on the music he is mixing. Bassnectar visuals tend to have a nice little touch of subliminal messages, too. At one point in the night, there was a symbol of a man, and after the music crescendos, there is a really short cut of an alien face before the bass drops once again. I wouldn’t be surprised if a couple UFO’s stopped by to check it out.

The Floozies were easily my favorite day time set of the weekend. They performed a lot of their new material off the album Tell Your Mother, and it was some funky ass shit. They started pretty early in the day on Saturday, but they still had the dance floor packed. The mixing was consistent and tight. Matt played some mean guitar solos and Mark never missed a beat on the drums. 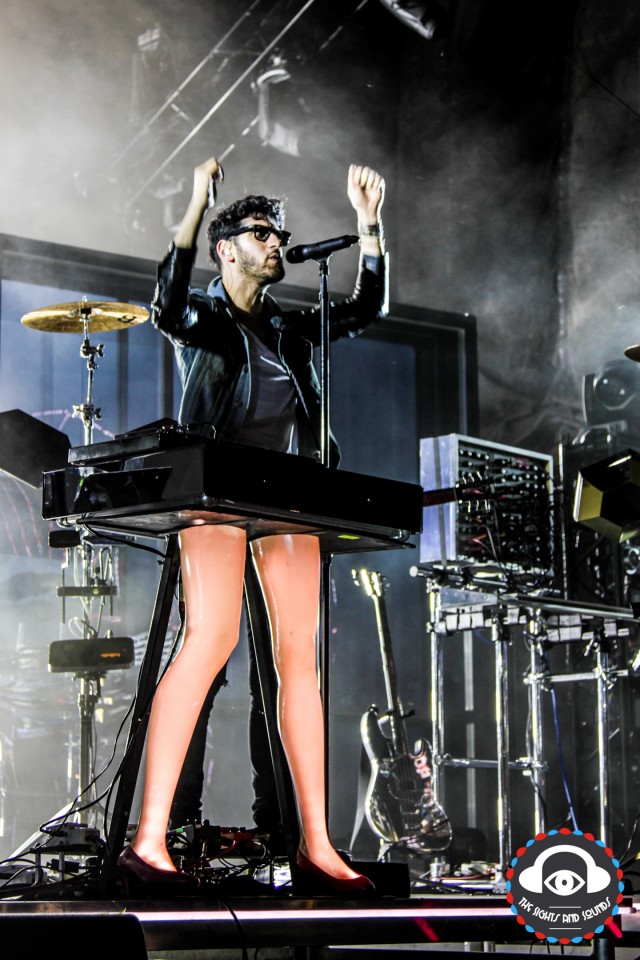 Chromeo was a constant upbeat dance party. They started their set with “Needy Girl, a fan favorite, and quickly transitioned into their newer material off of their album White Women. P-Thugg is truly a master of the funk, and gave the audience the best talkbox performance I’ve ever seen.

Flux Pavilion got on the mic during his set and said he was being puffy, (London talk for tired or hungover?) apologizing to the crowd. His apology wasn’t at all necessary judging by the energy of the audience while he was mixing. He definitely commanded the biggest crowd of the weekend at the Grove stage. His set was for the fanboys as he dug through the crates, mixing his classic bangers. 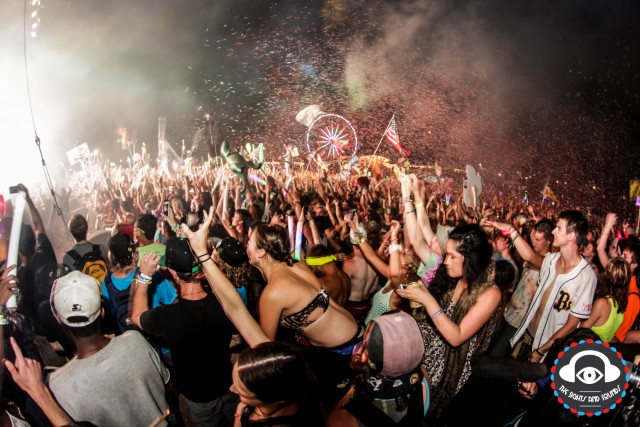 RL Grime was the set that started the party on Friday, and his tracks reverberated in other DJ’s mixes throughout the weekend. It was a trap centered set with a high energy vibe, and it had people sweating hard. I was hoping to hear some material off of his new album Void, but I’m unsure as to whether he played any of it, besides his newly released single Core. I loved every minute of his mixing, and it pumped me up for what turned out to be a hell of a weekend.

One of the best kept secrets of Summer Set Music Festival is Floatrite Campgrounds. The unofficial campground is located across the street from Summer Set, and the entrance of Floatrite is just a 5 minute walk from the main stage. The staff at Floatrite prepares for the event well due to the fact that it is probably the busiest time of the year. When we arrived we only had to wait in line for 15 minutes before being escorted to our camp site, versus the more than 4 hour wait that the majority of Summer Set campers experienced. The cost of camping at Floatrite was a little less expensive than buying a Summer Set camping pass on average, and it came with a ton of added benefits. Floatrite campers were allowed much more space, which meant less claustrophobia – those who have experienced bad camping neighbors know what I’m talking about. More space also meant less overall noise, so taking that much needed nap wasn’t so difficult. Floatrite also allowed campers to use grills and make fires, two things that Summer Set camping didn’t allow this year.

Amenities at Floatrite included Apple River, an inexpensive food stand ($5 pulled porks!), a general store, decently maintained bathrooms and pay-to-use showers. Apple River was a great place to chill out in the Sun and rinse off the dirt, and Floatrite provided services which would transport people up the river and supplied tubes to float down with. The river was clear and clean, just don’t forget to bring water shoes because the rocks can be rough. 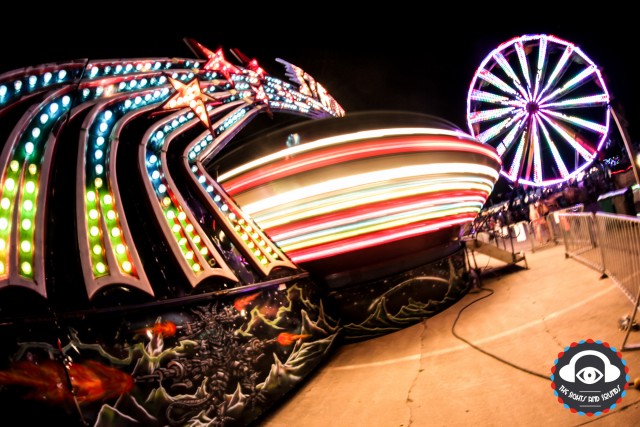 A major reason why I love music festivals is because of the people you meet, and I was fortunate to have made a lot of new friends at Floatrite this year. Since the campground is significantly smaller than Summer Set camping, it was easier to find people you met the night before as you strolled by the campsites, even if you didn’t remember where you met them.

THINGS EVERYONE SHOULD BRING

Water Guns – There’s no better way to cool off when you’re dancing your heart out then a friendly spray from your neighbor! If everyone had one it would be a safer place, and would lead to some epic battles.

Frozen Water Gallons – Instead of dropping twenty dollars on a bag of ice at the festival, freeze a couple gallons of drinking water and throw them in your cooler right before you leave. It’s ice that doubles as ice cold drinking water as it melts, and in the words of Ricky from Trailer Park Boys, “it’s getting 2 birds stoned at once.” 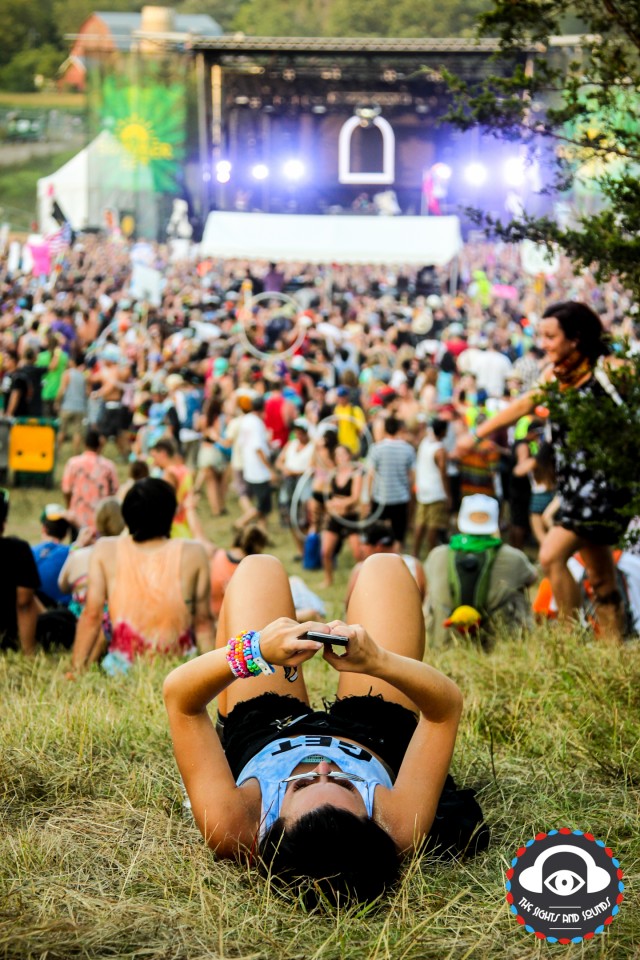 Business Cards – You are going to party with a lot of rad people at a music festival, and many of them are going to have dead phones in their pocket. Business cards are easy to design, inexpensive to print, and even if you don’t have your own business, its a simple tool that helps you to stay connected with all of the awesome people you meet.