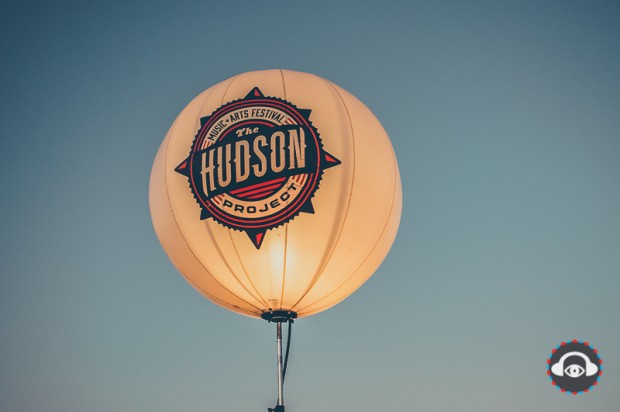 While walking the grounds of The Hudson Project, this effort to offer an assortment of culture was clearly evident. From the Empire Stage offering live musical acts to the New York Tent offering yoga by day and BangOn!NYC by night, there was no shortage of something different from space to space. Also featured: the requisite Ferris wheel, the coveted showers of the VIP Camping Area, craft tents, artisanal food trucks, and the promise of moonshine liquor somewhere on the field. What we ultimately found was a crowd of relaxed, friendly, and creative individuals. Everyone came together for a weekend of music and to pay homage to the “Pagan God of the Festival Totem Pole” – a creative way of finding your lost friends (even though cell service was in ample supply). 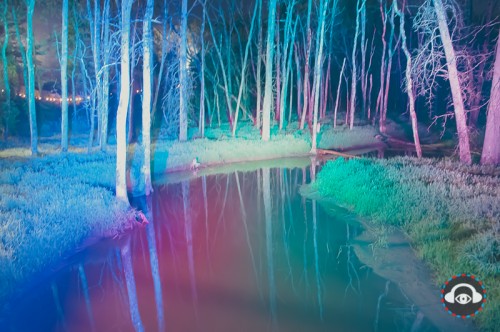 The first day offered us the “tip” of this festival as we went in deep with Keys & Krates, Bro Safari, and Kill Paris. The main space of electronic dance music was aptly called the Circus Tent, for the DJ was the ring leader and the show was the unpredictable audience. The Circus Tent reached its all-night peak when Bro Safari commanded the stage, and even though it was cold outside at the Winston Farm, it was explosive inside the tent. The energy across the farm on Friday night was electric – the crowd was certainly geared towards seeing fan favorites, Flying Lotus and Excision, while also exploring everything the festival had to offer. 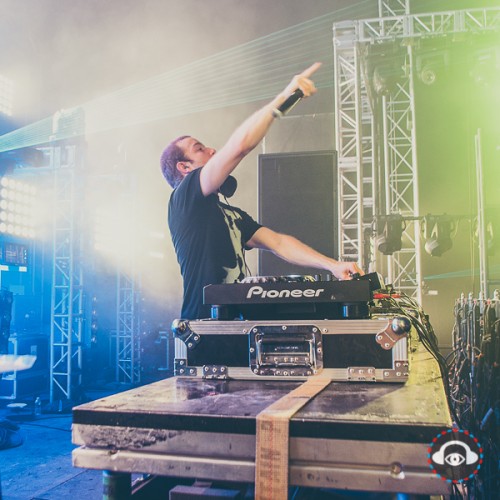 What we found Friday was impressive – there was not a sad face to be had. The general vibe of the crowd was peaceful, respectful, and inviting. Walking across the grounds opened us up to a collective group who seemed genuinely interested in the idea of music festival fellowship – everyone was welcome, no one was alone. Back at the Circus Tent, everyone was certainly together as Excision took the stage, who delivered a set that was exactly what the hard bass crowd asked for.

Over at the Catskill Cave, the musical act of AraabMuzik – an urban myth playing to the tune of something beyond transcendental – the look of the artist did not match the expected sound. The fitted cap was meant not to throw you off but to intrigue you further. The theme of the festival reinforced what you see is not always what you will get. The experience highlights the magic of the Hudson Music Project – it wasn’t just a festival, but a perfect place to explore different styles of music you might not otherwise have given the time. The space was perfectly laid out for a quick walk to each stage without the neighboring stage having a sound bleed into the next one; and well, for as long as the ground remained solid, it was a quick walk. 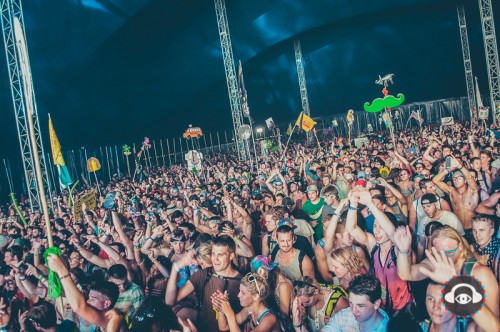 Day two brought the hype of a Moby DJ Set, the funk of Matt & Kim, the vibes of Rebelution, and the excitement of Kendrick Lamar. It was a jam-packed day of talent and the weather was on point. Rain made a pre-showing earlier in the day during Felix Cartal’s set, but inside the Circus Tent it was absolute fire brought on by Kap Slap and the fun electronic sound of Cartal. Felix Cartal often calls for “Team No Sleep” and by beginning Saturday with his sound, it was certain there was going to be no sleep wanted. As we made our way through the festival we came across such an excited level of enthusiasm from the crowd talking about what they had seen and heard through the afternoon and evening. There was plenty of time to roll around in the grass; however, there was also the promise that there was so much more to explore, and little time should be left to sitting on the floor. 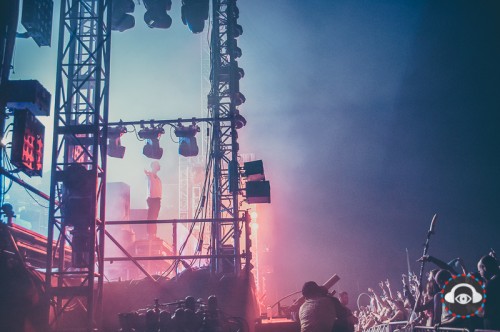 For us, the most inviting part of the evening was when the New York Stage had turned from workshops and crafts into the perfect environment for the BangOn!NYC crowd to take their talents public. Their Team Kitty Koalition had a futuristic space-attire on with LED Lights that entranced festival-goers into the New York Tent as their party started. The funky beats of the BangOn! artists were the perfect lure to detour festival goers making their way from the Catskill Cave to the Circus Tent and entice them to come see all that they had to offer. It was here that we truly had our best time of the weekend. We watched the weird unfold and the music take the crowd to a different place, an unexpected place. A place where the thought of who you came to see and what you came to do had gone out the window; all that mattered was the here and the now. And the here and now was perfect.

Once we were finally able to remove ourselves from the thrall of the New York Stage, we made way to Moby to close out Saturday. Most of the festival had also embarked on the same journey, and Moby did not disappoint. His DJ Set was electric and moving – providing all of the energy needed to keep Saturday’s party raging on in the camp grounds. 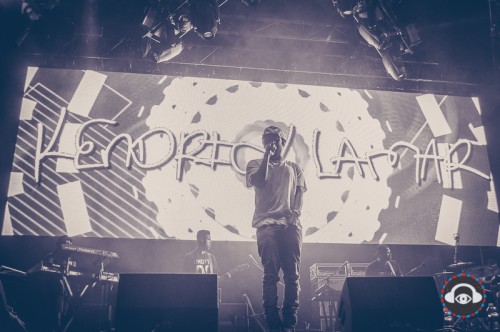 As Sunday opened up, so did the clouds – the rain was heavy and the ground quickly became impassable. The Hudson Project quickly gained the title of The Mudson Project (almost a direct parallel to its ’94 Woodstock counterpart – the festival that had become known as Mudstock ’94). With the rain, all of the promise that Bassnectar would throw down an amazing set washed away. Still, the better early half of the afternoon left most of the festival goers with hope. The camp grounds continued to keep the vibe alive; the spirit of the campers and festival site was still strong even as the sky grew grey and the weather a bit colder than desired. That encapsulated the beauty of The Hudson Project – no one wanted to stop and let a little thing like rain get in their way. If anything, they were more than happy to play in the mud and let the rain be the perfect instrument to add to the sights and sounds of this festival. We were ready to join these revelers in their desire for a rain dance, but, in the interest of safety, Sunday only had to offer us images of a festival turned down by factors outside of their control. 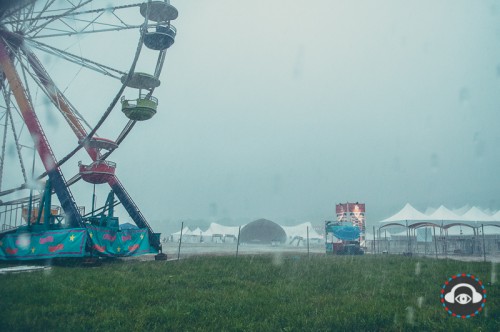 Should The Hudson Project return next year, it should keep its chin held high – the weekend began with a wonderful promise for yet another installation of “Peace & Music” as ’94 Woodstock had attempted at Winston Farm. By Saturday we fully believed that everything new we found here today would stick with us for some time to come. Though there is still mud stuck to many layers of our car, it’s quickly forgotten by the memorable time we had all across Winston Farm; especially at the one lonely tree that served as a perfect meeting ground for many a separated festival goer from his or her party.