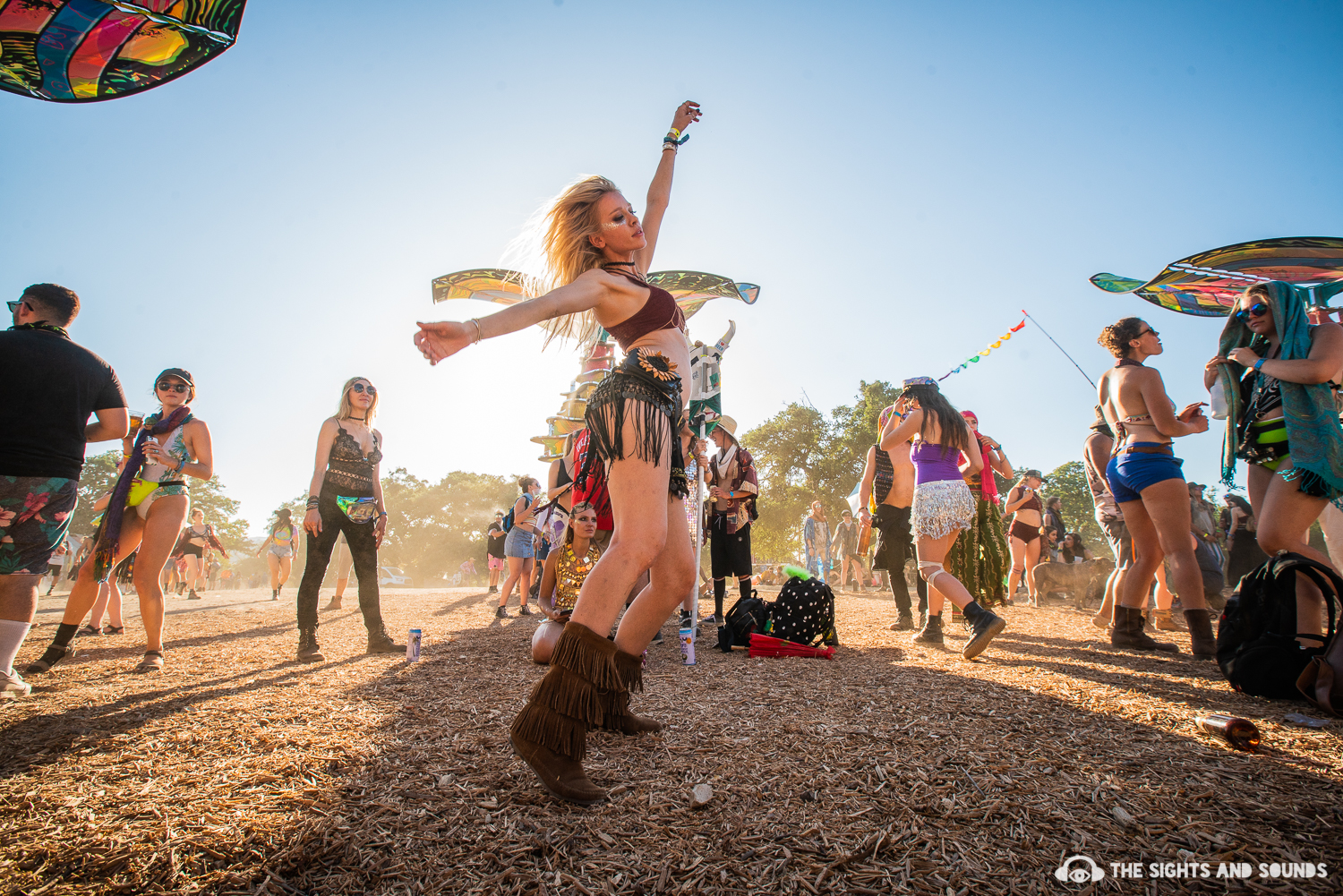 Lightning In A Bottle 2018 saw many changes – but were they for the better or worse?

It all depends on who you ask.

As The Do Lab and Lightning In A Bottle continue to grow, will they be able to stay true to their cultural and transformational roots that made the event so special?

If there is one thing that only gets better with age, it’s LIB’s highly curated lineups. Featuring headlining performances from some of the biggest groundbreaking artists such as ZHU, GRiZ, and Anderson .Paak and the Free Nationals, you can’t go wrong if you come to Lightning In A Bottle looking for great music.

If there is one thing that only gets better with age, it's LIB's highly curated lineups.Click To Tweet

The headliners aren’t the only sounds to salivate over, either. Assembling an eclectic mix of local talent and superb underground heavy hitters, it’s not uncommon to get lost on the smaller stages with names like Black Madonna, Walker & Royce, J. Worra, Super Tall Paul, and Marques Wyatt.

The biggest changes from our experience (and those we spoke with) were in the workshops, specifically the depth of the classes this year. Foregone were the alchemical deep dives and in-depth exploratories in exchange for more 101-esque workshops.

And that is fine! Allowing for a larger audience to to feel engaged and accessible to cultural wisdom and ancient practices is necessary – but I also know that the veteran LIB-ers were wanting more.

What workshops did you attend? Did you notice a different level of depth?

Another big change at LIB 2018 was the migration from Dave Zaboski’s Art Temple to the ArtClave.

While we didn’t spend a whole lot of time in the art workshops, we did zoom through to find a multitude of crafts being taught this year: from sculpting to human form drawing and beyond.

We did have a chance to marinate in the beautiful work of artists such as Daniel Sun and Miles Toland, live painting and showing off their unique mind’s eye perspectives.

What was your favorite art piece? Did you spin the giant Jack or did you feel there was a lack of large-scale art installations this year?

Let us know in the comments.

One can never fault Lightning In A Bottle for having a shortage of activities to get lost in. More than once we found ourselves vortexed into some weird and wacky pop-up party that seemed to evaporate as quick as it showed up.

From the Soap Box Derby to late night improptu house parties, there was excitement to be found for those that had the curiosity to find it. Even if you weren’t looking, the memories often found you instead.

Did you catch the full blown drumline making the rounds? Or perhaps the 15 ft. painted and feathered creatures roaming the grounds.

At the core of Lightning In A Bottle is interactivity, and their experiences don’t fall short.

At the core of Lightning In A Bottle is interactivity, and their experiences don't fall short.Click To Tweet

We did feel the loss of Amori’s Late Nigh Burlesque, however, and it seems that with the elimination of one late night soiree, another took shape. The Grand Artique was the place to be for spectacular sounds that ran late into the night.

Did you happen to catch the donkey making “love” to Donald Trump during Beats Antique Lightning Orchestra? Or perhaps the wacky house party shenanigans next to the Woogie Stage?

Even though we had less burlesque, LIB made sure to keep people busy through the day and late into the night.

If there is one thing The Do Lab is known for, their stage at Coachella is probably it. Providing shade and all the grooves for thousands of festival goers, it’s their biggest marketing experience yet.

This influx of the ‘mainstream’ Coachella crowd is great if you want to grow your festival, but it may not be so good if you are trying to keep a certain ethos running through it.

This is a two-sided coin, on one end bringing in and opening new perspectives and stories to those otherwise removed from the ‘transformational’ scene.

On the other hand, did you notice a lot more trash in the campgrounds this year?

One of the biggest draws for the festival is the amount of community Lightning In A Bottle has always brought together. It’s how great festivals start – by bringing in an amazing community of hard working, uber creative humans that spark true moments of brilliance. Growing a festival to mainstream sizes can’t alienate those who made it incredible in the first place.

One of the biggest draws for the festival is the amount of community Lightning In A Bottle has always brought together.Click To Tweet

There is no denying it, those that have gone to Lightning In A Bottle for the past few years have felt the departure of Dream Rockwell.

But as with any event or festival, things have to move forward and evolve. Like it or hate it, LIB is headed for a more mainstream audience as evidenced by the slight tweaks, modifications, and upgrades.

Don’t get me wrong, it’s still one of the best music festivals out there – but perhaps it’s time to usher in the era of Lightning In A Bottle 2.0.

Scroll down for more photos!
And stay tuned for the entire Lightning In A Bottle gallery on Facebook.