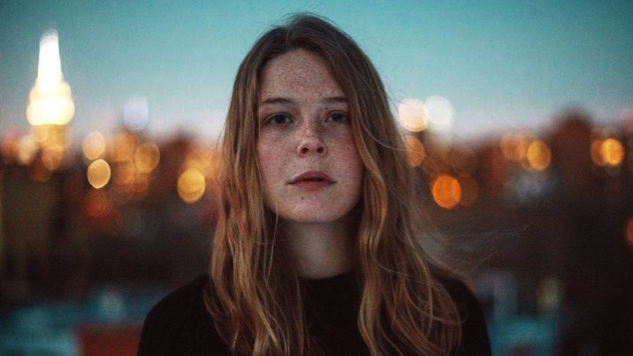 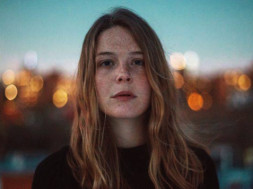 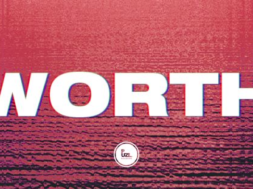 There are a handful of reasons that I could have been anywhere but the Triple Rock Social Club, a small, dingy nightclub in my hometown of Minneapolis, this past Saturday evening: first of all, Maggie Rogers‘ show, like every other set on her inaugural North American tour, was super sold out.

Tonight in Minneapolis at @triplerockmpls !!!

Only a few tickets were available via third party sites, and between my strong aversion to scalpers, the nearly 1000% price hike, and the nagging hangover I was nursing throughout my shift earlier that day, I had all but written off any chances of catching the folk-pop diva’s set. A last minute offer of a reasonably priced ticket from a stranger on the Facebook event page was made- he couldn’t find parking near the downtown restaurant where I work, and I barely was able to find a minutes break during my busy shift to run up and meet him at his stalled car outside. This information is neither here nor there, but I find myself so grateful that the perfect storm of events brought me there:

I showed up to the venue in time to catch the second half of Overcoats, a darling duo from Brooklyn NYC that sounded like a cross between Mountain Man and MO, with moments of telepathic harmony reminiscent of First Aid Kit. It was their last leg of the tour opening for Maggie, so they thanked her in earnest, remarking on her sweet character and remarkable talent. They impressed the crowd, and set the tone for a night of female excellence.

I was able to comfortably and politely make my way up close in between the two sets- not fifteen minutes had passed before, with little fanfare, Maggie took the stage in her patchwork white denim suit and signature pink eyeshadow. After a short introduction, she jumped right into “Color Song”, a harmonic ode to the natural themes that are ever present in the synesthete’s works. On a tiny stage, in front of a simple glimmering tapestry, she brought the crowd to rapture: 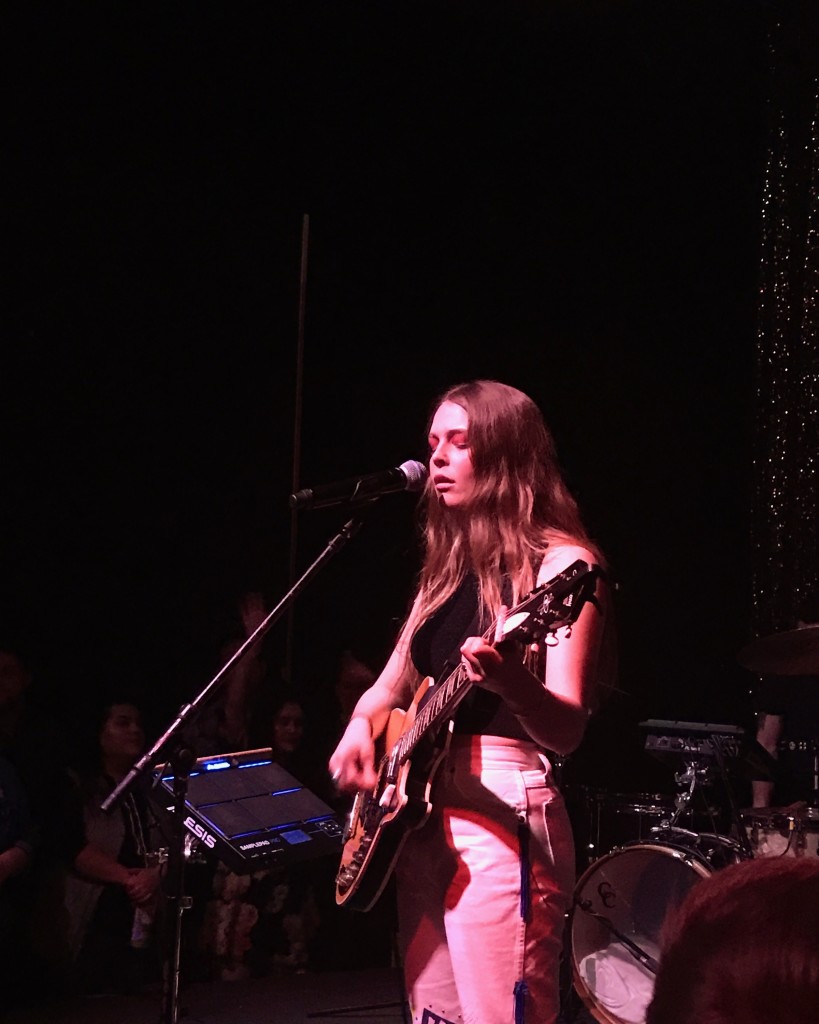 I’ve never experienced the kind of crowd energy that I did at this show- perhaps the limited venue paired with the artists nearly immediate rise to stardom (Pharrell offered a stunning cosign of her song “Alaska” in a NYU master class) meant a more intimate and dedicated crowd. Members of the audience were nearly constantly shouting words of encouragement without it ever feeling like heckling, or worse, cat-calling. When she took a short break from her set to ask the UNC Mens Basketball game score, a man close to me was quick to keep her up to date (Maggie, a vocal feminist, was happy to hear that she was still beating a “few boys from her hometown in her bracket”).

“I have to tell you, this next song isn’t my own. I feel like morally I have to say that”, Maggie quipped, before ripping into a heart-wrenching, Sylvan Esso reminiscent cover of Neil Youngs “Harvest Moon”. After pranking us all (It was April Fools Day) into believing she was putting her music career on hold to attend law school, the tempo rose to “On + Off”, a roller coaster of a tune both lamenting and celebrating the ups and downs of relationships. The applause that followed was so loud and withstanding that Maggie was moved nearly to tears, waiting for the noise to die down to thank her fans.

She ended the set with “Alaska”, the song that helped her find herself, and that ultimately rocketed her into a newfound life. The crowd knew every word, which stopped her, just momentarily, in her tracks.

Maggie Rogers is, for lack of a better phrase, everything that music should be today. Though humble and softspoken- the strength and distinction that she wields on stage is an undeniable force. Her mastery of bending genres has widespread appeal. Her music is inexplicably cathartic- I came into her set with the kind of headache only sleep can cure, but left not only relieved but energized. I spent the next hour driving around my city with her Now That The Light Is Fading EP on repeat, trying my best to figure out just what kind of magic had just occurred on that tiny stage.

If you can find tickets, catch one of her sets before festival season ramps up:

0
4   0
previous Outside Lands Hits On Every Genre In Motley Fashion With Massive 2017 Lineup
next [FEST PREVIEW] Your Last Chance For Lucidity Is Here!