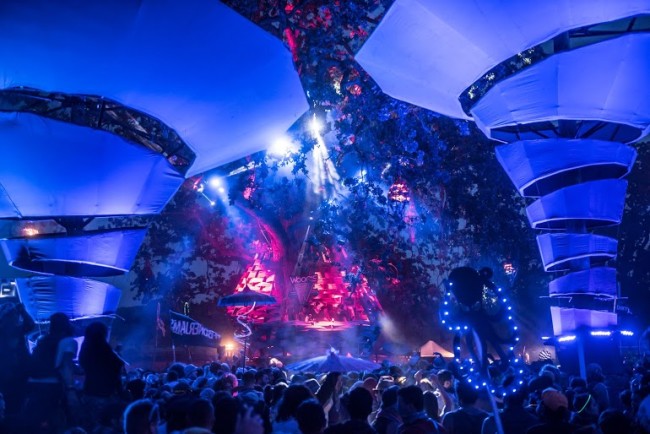 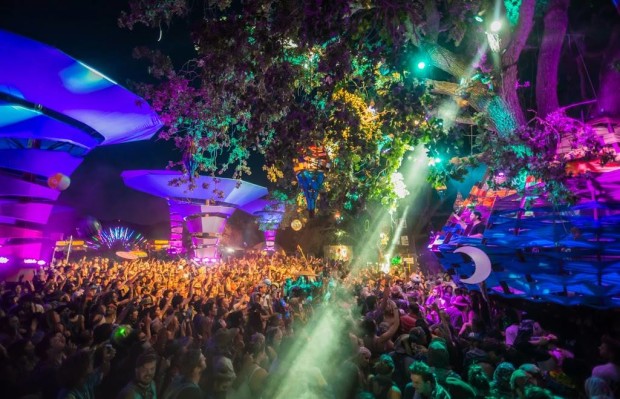 In case you haven’t heard the news yet, the Do Lab is giving Lightning in a Bottle‘s grooviest stage its own festival this summer.  Woogie Weekend will be an intimate gathering to celebrate house music and all its iterations in a magical atmosphere that is so unique to the Do Lab.  Held from July 17-19th, the camping festival will take place at Oak Canyon Park in Silverado, California, which is conveniently located between Los Angeles and San Diego.  The park hosted Lightning in a Bottle from 2010-2012 and provides the perfect backdrop for what will be a beautiful weekend dedicated to capturing the house-oriented vibes of the Woogie stage.

Woogie Weekend’s inaugural event will feature over 30 acts across two stages, including talent such as Danny Daze, Henry Saiz, Moon Boots, J.Phlip, Jonas Rathsman, Francesca Lombardo, RÜFÜS DU SOL, Adam Freeland, Pig&Dan, Nick Warren, and many more.  Sunday will also feature a special takeover by Lee Burridge and the All Day I Dream crew, which is bound to be my personal highlight of the weekend.  I have to give credit to the Do Lab for crafting a lineup heavy on the underground scene and quite unique compared to the rosters I have been seeing at similar festivals this season.

Top tier sound for Woogie Weekend will be provided by Meyer Sound and Funktion­One systems, and fans will experience the vibrant, technicolor world of stage production the Do LaB is known for, including the treehouse Woogie stage from LIB and a new stage designed just for Woogie Weekend. In addition, the festival will have live painters, healthy food stalls, morning yoga sessions, and over 30 merch vendors.

Lucky for house and techno lovers such as myself, this year has seen a dramatic increase of festival lineups that cater to less mainstream tastes.  Whether this signifies the end of “the underground” as we know it is a different conversation, but festival producers have obviously recognized the demand for deep dance lineups, especially in the western United States.  Transformative festivals such as Lightning in a Bottle have also seen an upward trend as former kandi kids get burned out from the EDCs of the world and are drawn toward a different kind of food for the soul.  Woogie Weekend looks to be my perfect blend of underground music and transformative vibes; given the world class lineup and the Do Lab’s epic production skills, the premiere weekend is sure to be a success. 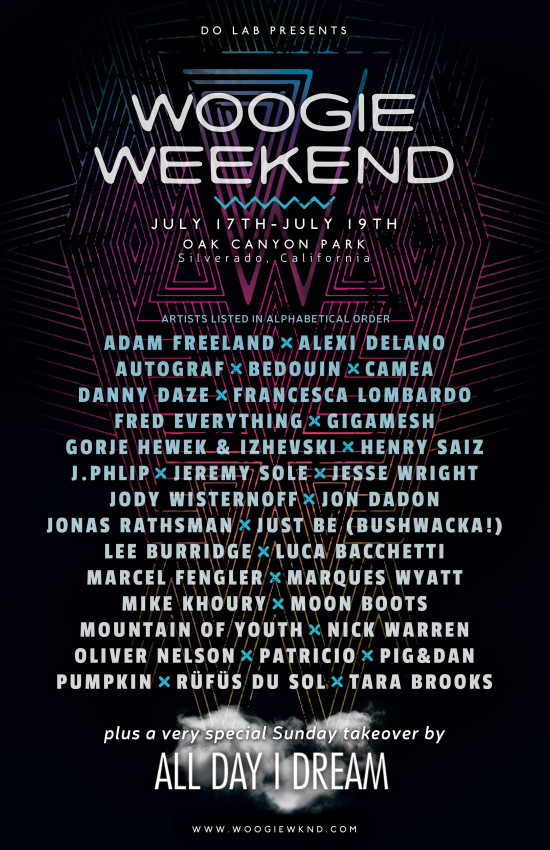 0
0   0
previous [VERSUS] Lane 8 ft. Solomon Grey- Hot As You Want (Emily vs. Kavi Dual Review)
next [FESTIVAL/PHOTO RECAP] How Lightning In A Bottle Is Paving The Way For Transformational Festivals