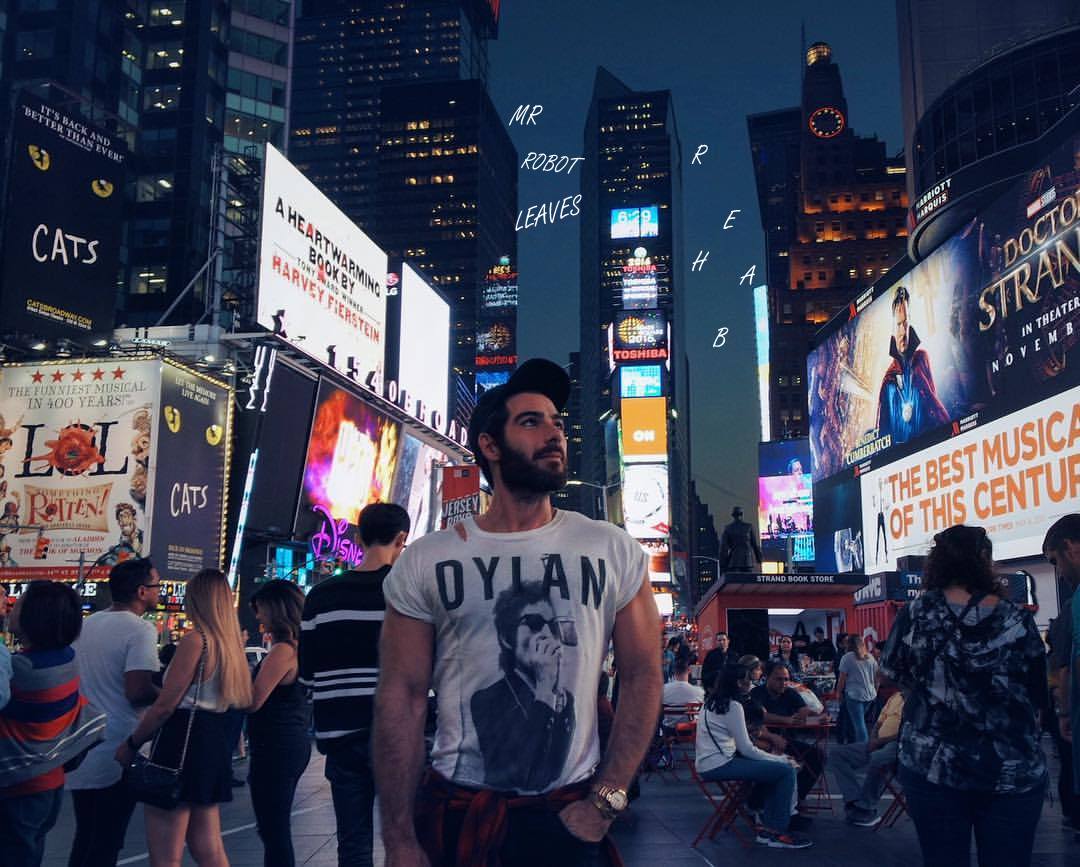 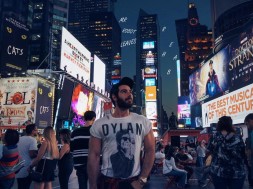 TIME IS SLIPPING FROM MY HANDS
HEAD TO HEAD, EVER SINCE I WAS A GIRL
MADE A PACT WITH MYSELF

[WARNING: CHAOS DID NOT CONTROL THE ORDER OF THESE TRACKS.] To me, 1 song is: 6, 120 minute calls to carry you through your night) or 560 Viber Messages dinging in your pocket 1pm-9:47 last Saturday because you cared enough about me to hold me and my problems in your hand all day; and ZERO EMOJIS (because poop emojis are a sham of the human spirit, say 7% of what ‘I feel like shit’ slaps you with). Most playlists are random. Not here. A 3 minute song is an epic, that 7 minute Skype chat a paragraph. Think of this text below as playlist theory as bio. And the songs as 3 months of a person carried across 18 tracks].

I went to rehab. Cos my mind. 3 months ago,  if you’d looked inside. Well, eesh. Was 1700 metres of mad and madness suckerpunching each other up in there.  Kardashian level carnage and shouting shown seriously as Emmy bait,  HBO Peak Era TV. My emotions weren’t making nice. They’d electrocute me every time I plugged them in. Sparks’d fly across rooms no matter how small the wattage of emotion. Seven alarm fires in my spinal cord every 6 hours stripped me. Ended up spending a lot of time, collapsed in a heap on the tiles in front of my bed. 2 steps more too far. I don’t want to cope when my emotions are being mutinous as fuck. I needed them to not be shady. Where I lived I might be the only conversation I have for weeks (that’s the slice of expat sadness no one shares).

I’M NOT GONNA…
CANCEL THAT HOUSTON

Every night Me, Anger, Snark and the Judgey Lady Who Lives In My Head held hands and skipped down the highway outside Tesco in Lampang. We’d smash our shoes down the side of that six lane street sans streetlamps to the rhythm of songs shout stress away. Each slammed shoe shoo’d away about 6kg of pressure my skull. Needed it, so we always shot the side-eye at safety. Who gave a shit if cars slammed into us. I always knew that to be a rhetorical question, didn’t need my emotions to remind me. Not that they saw Thais on wobbly motorbikes  speeding past at the start of dusk as something to speak up about.  We were already shooting the shit, snickering at the 13 car pileup that was my life the past 7 months. I survived on the string-beany sustenance of those 16 minute conversations to ‘home’ like they were some kind of wonderful social sphere instead of just another word for starvation. Knew how already to survive like that. Wasn’t the first time I’d done it in my 31 years spinning on this rock in the sky.

Some years when I was a kid, emotions were the only friends I had. I think of them as more human than you. Like you with a skeleton and shit. Oh hoo-ray, you have 206 bones. I have 207 shades of sadness and secrets with each of them. So when they started getting all murdery–telling me, the dude with his head down all the hours–that yeah, you can totally clear that crosswalk, no cars coming on auto-strangled Sukumvhit Rd in Bangkok; and then clapping as I lost the narrative and started slow-dancing in traffic. Well, maybe they needed a rest. Or maybe we all got tired of shouting at each other to watch out.

Was a sudden reversal of every second of every other day. But, honestly, I gave them short shrift to a shitty friend degree. I’d tell me to suck it, too. In my sadness I lost sight of the green stickman walking, blinking 7 metres of me. Like Fiona Apple, I pantomimed a valentine to the world, hoping it’d care like it was an SOS. And I stopped making steps to any kind of sidewalk sanctuary. Unaware, I was too dull to flee. When everything went silent in my head for the time ever, I suddenly felt like the Last Man On Earth. Even as Bangkok’s 9.6 million people streamed past me.

Staying silent, thought I’d suffocate. So I said yes to Suicide, who was not quiet at that moment. So excited was he to be heard for once, he was waving around his shins in my vision like a shithead. And I needed someone, and he was super willing. 16 hours later, I was sprawled across rehab sheets with a heart that biologically barely kicked up a beat. And then, even he was silent. Some kind of understatement to say: fuck, that sucked.

I spent a month in an ashram in Bangkok. And 60 days wandering, mouth mum like a motherfucker across Issan sleeping on sand between tides. Stabbed for protein with a stick in the ocean, baked it in a bonfire. Made stacks of mangoes that fell from trees and counted 3 each day to put in my mouth. Once a week I’d treat myself to milk and wifi in town. I always wanted to say something to the people in America who loved me. But every time I opened my mouth my jaw grimaced close 7 seconds post-opening. Put hands over keyboards but I forgot all about QWERTY and I failed every time to spell accurately a single word that expressed the nothingness of what I felt.  I was sure I was only hlaf–avlie.

PROMISE TO MAKE SOME CHANGES
SMOOTH OUT THE RISES AND FALLS

COS IT’S A FUCKING LONELY WORLD
WHENEVER YOU LEAVE

Maybe I said 7 words. That entire time. 3 of them I know were ‘shit’ from tripping, as I’m apt to do. Was messy in the ashram. Really made a mess slamming my head under sheets every time I saw Compromise and Encouragement creep up to my bedside. My emotions  and I stared each other down midnight after midnight We just circled around each other like alley dogs, spontaneously pissing on each other’s leg when things got too real. No one won, was a draw even on my last day. Like, we were still best friends and all. But we’d bared our teeth at each going on 6 weeks now and sorry felt insufficient. Needed to come.  But saying sorry meant loving myself again I wasn’t even was only 17% sure why I was still here.  On my second week I started seeing someone, real intimate. That was Shame–which my mind was making shitloads of.  I was still breathing, but not once in those days did that register as important. Shame. Not Relief. Hope. Empowerment. I thought I was a shitty person for shoving my second chance off the sheets each night. Didn’t want it to see me stark naked, shivering at my assuredness I wasn’t more than a 0.5% chance of a human you’d walk around SOHO with, having a slice and not think: what happened? what a whole lot of nothing encased in bones he is, amirite?’

I’d been piss poor before. Empty cupboards, can’t afford a belt during chemo so you wear a bungee cord that’d routinely unbuckle and smack you in the eye socket style of poor. I’d laugh at myself and feel rich, because I was still making it. I’d seen poverty, but this was the only time I’d ever felt penniless, even though I had 600 dollars in the bank. I was flush as a capital S-urvivor even when I was making the choice between food and medicine so I stole my dinner from the 7/11. It’s rare I get compliments, but people did throw 5 cents in my tip jar about my preternatural ability to keep standing even when life was smacking you in the face with a skyscraper of trauma. But I’d given up. And I’d given up me. All of me. Everything worth saving. And I didn’t show that to the A-HA! feeling could stir me. Compartmentalized it way away from all of me. And if I wasn’t telling me, surely wasn’t telling anyone else. Was terrified of the first interaction I’d have again with someone I knew. If I wasn’t a survivor anymore, I swore I had nothing to offer people anymore. MY greatest truth I blew the fuck up. Why would anyone take me seriously again?

Sent me into a 60 day tailspin. One day I was staring into the Bay of Thailand, basking in being a bucket of nothing; and I said outloud to myself ‘What a shitty thing to base your life on. Not sustainable. Dealbreaker (fart noise)’ in my best Liz Lemon. I left rehab without any idea of who I was, but that was the first time I knew I wasn’t lying to myself in years. Got in the arms of Glorious and Happy, and hightailed it off the sands of Isaan. Was ready to try this being human thing again, with a little help from my friends.