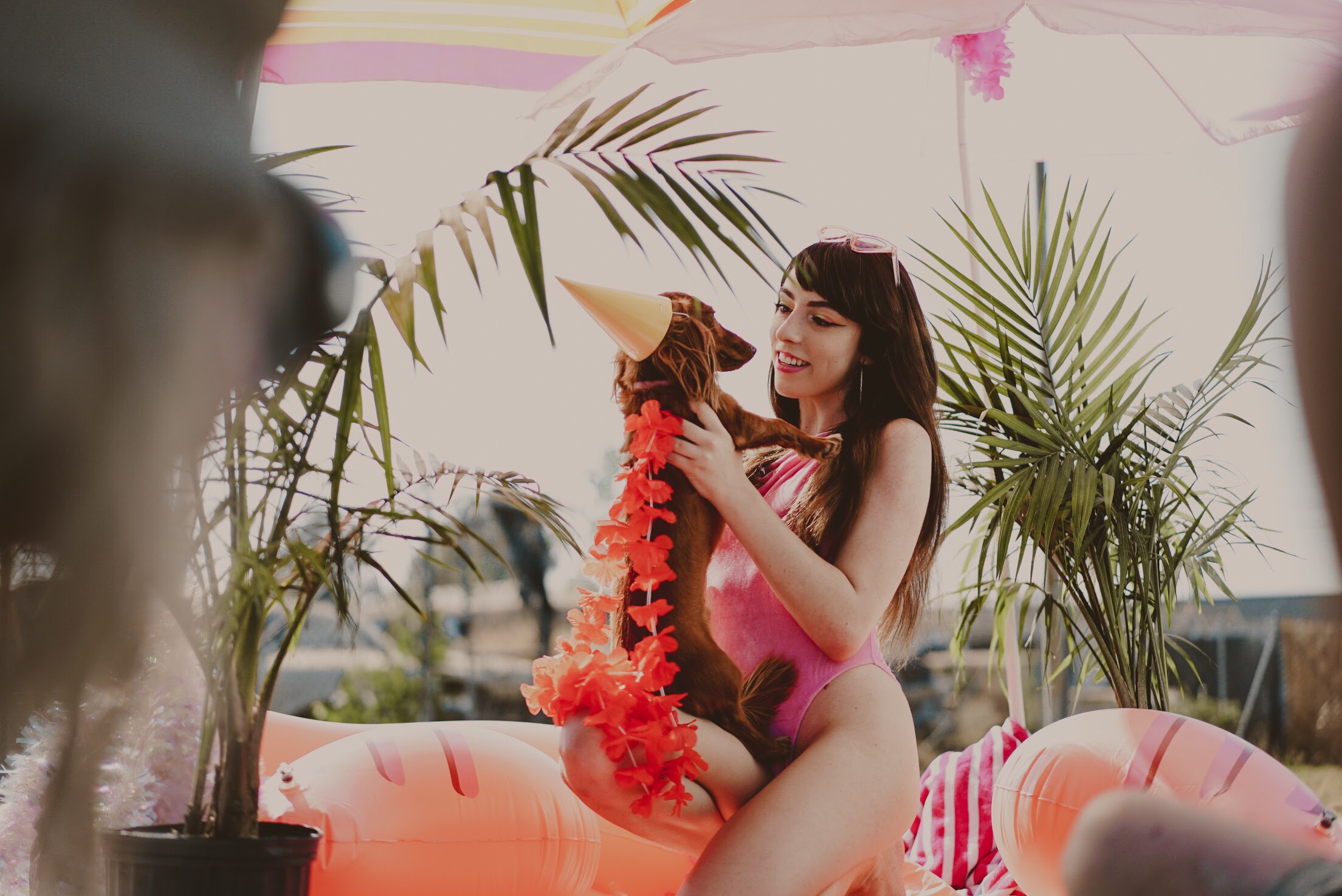 Miami, Florida based indie vocalist CALICA brings fresh new energy to today ’s pop scene. Her smooth and ethereal vocals draw you in while her groovy and deep sounds keep you wanting more. CALICA recently released the second single and music video “Bitch” featured on her forthcoming debut album Yes, It’s About You. “Bitch” is the ultimate break-up song, an anthem dedicated to all the female dogs out there, glittering in glossy-pop beats, audacious lyrics, and xylophone accompaniment. The music video utilizes a retro VHS filter and puppy cameos along with CALICA produced buoyant visuals to convey an encouraging message of self-empowerment. Read this interview to learn about Calica’s inspiration for her latest single, her musical influences, and more.

Can you please give our readers a little bit of backstory regarding how you came up with the concept for your new single and music video “Bitch”?

So the single is essentially about my ex’s current girlfriend lol. Long story short, we used to be friends until some unfortunate things happened. I wrote the song in the midst of all the drama and it actually helped me a LOT to release all the negative energy I had built up about the situation.

The concept for the music video is completely different than what the song is actually about, which I think is kind of cool! Madeleine Kate Kann, the director of the video, basically turned the concept into more of a social commentary on the word “bitch.” Rather than sending a message that pits two girls against each other over a boy, it’s more of a self-empowerment driven video that basically reclaims the word “bitch” and spins it in a positive light.

Can you please describe your songwriting process? Where do you draw your inspiration from?

My songwriting process always changes. Sometimes I  hear a melody in my head that I can’t shake and I immediately have to go record it before I forget, other times I just start to play chords or a line on the keyboard and I build up a song from there.

I draw inspiration from everything! I have a huge list that I add to on my phone of topics I want to write about. I’m always listening to new music and I especially love getting inspired by older songs & giving them a modern twist.

Would you describe yourself as outspoken?

Not necessarily, I can definitely be outspoken if it’s about an issue I really care about, but I’m generally a shy person.

Who are your greatest musical influences? How would you describe your musical style?

I’ve been drawing a lot of inspiration from 80’s female pop artists lately like Annie Lennox, Alanis Morrisette, and Sinead O’Connor. Some more recent artists & bands that inspire me are Lianne La Havas, Billie Eilish, Kali Uchis, Sia, and Tame Impala. I would say my musical style is like synthy indie-pop with some nostalgic influences.

What do you like to do when you’re not working on music?

What are your plans for 2019 and beyond? Do you have any tour plans?

Big plans for 2019! Making my move from Miami to LA this year, and hopefully starting to play shows by the summer! No tour plans yet but touring is definitely in the works after I release more music!