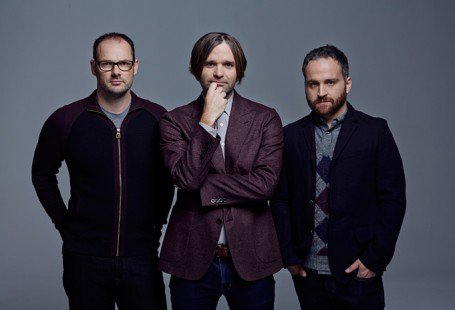 Death Cab For Cutie’s indie rock charm has been possessing hearts since the late 90’s.

While their perspectives and surroundings continue to change, the band has remained true to using descriptive lyrics that generate nostalgic pangs of simultaneous bliss and melancholia. Death Cab recently dropped a new single, “Gold Rush.” The release was accompanied with the track’s official music video.

“Gold Rush” has an overall theme of change and reminiscence. Lead by prominent keyboard melodies, vocalist Ben Gibbard poetically expresses a familiar observation; condos and parking lots have taken up the spaces where some of his fondest memories were once lived. It’s easy to relate to, as modernization is beginning to alter many of our adolescent neighborhoods. The track is a first sneak peek of the band’s upcoming album, Thank You For Today, which is planned to be released on Aug. 17.

Thank You For Today will be the first body of work since the group’s founding guitarist and songwriter, Chris Walla, went his separate way. His last contribution to Death Cab For Cutie was the Kintsugi album in 2015.

Kintsugi, along with Plans, Narrow Stairs, and Codes and Keys, were nominated for Grammy Awards in the Best Alternative Music Album category in their respective years. While they’ve never won the award, that’s a nomination for every album that Death Cab For Cutie has produced since 2006. This paints a promising picture on what to expect within the forthcoming release.

For more tour dates and information on how to pre-order Thank You For Today, visit http://deathcabforcutie.com/