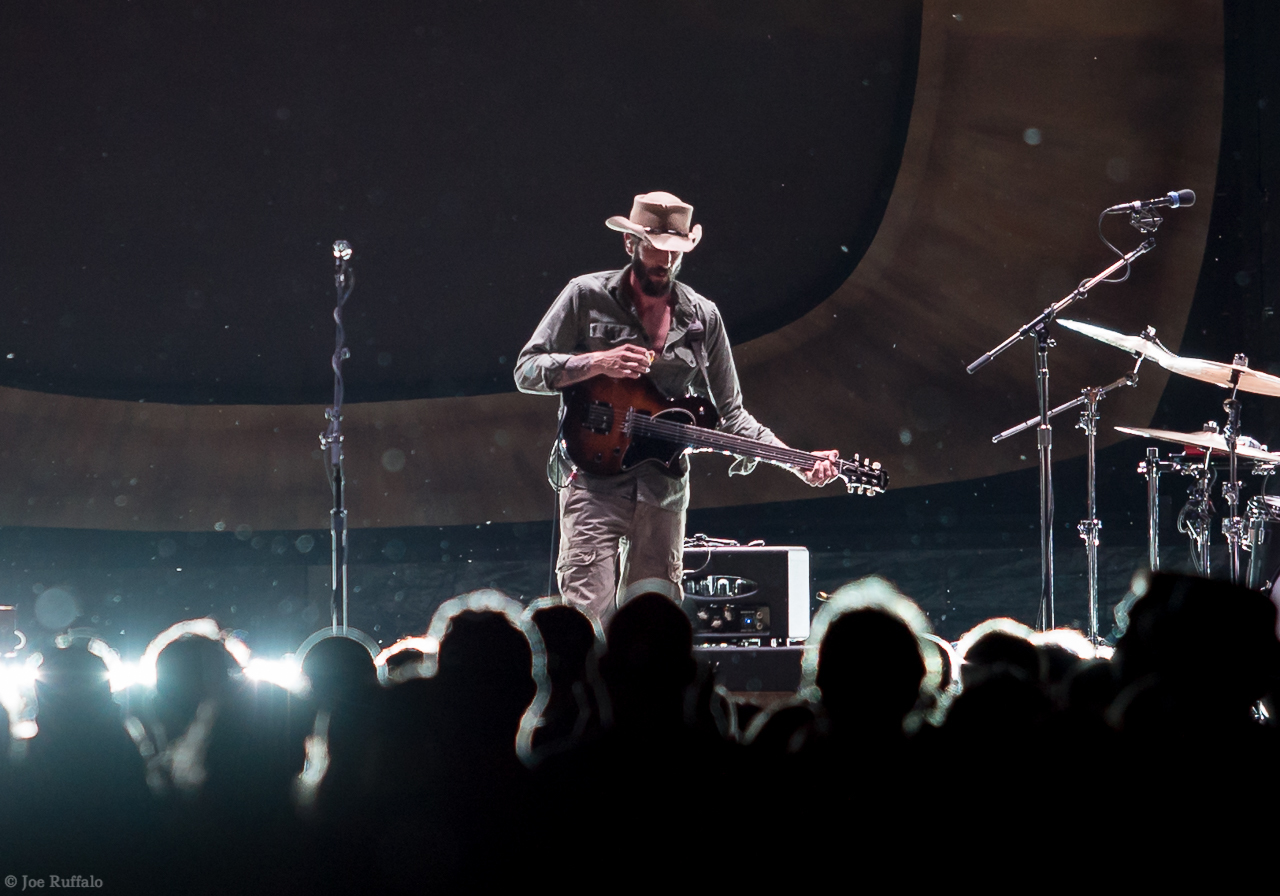 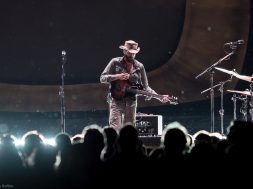 When dealing with Chicago traffic, always anticipate the worst.

After receiving the exciting news of my approval to cover Ray LaMontagne’s performance on Saturday, I wasn’t willing to take any chances. Having time to kill upon my early arrival at Huntington Bank Pavilion, I decided to take a walk through Northerly Island Park – a 40-acre nature preserve located directly behind the venue. As I made my way down the park trail, it only seemed fitting to give Ray’s May 18th release, “Part of the Light” a first listen.

As I listened to the lyrics from the album’s self-titled track, I was struck with a force. The reality behind Ray’s words and melodies worked in unison to create an overwhelming cinematic experience among the scenic landscape, as the sun crept its way beneath the city skyline. The message within this song truly put life into perspective, and enhanced the pure beauty of nature; everything seemed to come full circle. It was in this moment when I realized that I was in for an unforgettable evening.

Unfazed by the overbearing summer heat, fans jammed their way through the gates at Huntington Bank Pavilion.

Show goers were treated to a very special performance from Neko Case, who started the night off with an outstanding opening set. By the time Neko and her band concluded, the blistering sun had fallen, transitioning to a subtle, yet refreshing lakefront breeze. Shortly before 9 pm, the lights went dim, and out walked the revered singer/songwriter, who received a warm Windy City welcome.

Peering at the stage through my camera lens at front of house, I was blown away by just how good LaMontagne sounded in person.

Throughout the duration of the night, the 45-year old didn’t skip a beat, displaying his immaculate vocal ability, and effortless presence. Alternating between both acoustic and electric renditions, Ray tackled every number with unrefined, authentic grit. The inclusion of songs old and new gave fans a taste of the “Trouble” singer’s storied career.

Ray LaMontagne’s work offers a familiar taste of the past, but also a promising glimpse of what’s to come.

As I stood in the crowd Saturday night, I was truly moved. Despite the amount of shows that I attend on an annual basis, very few have hit me the way that Ray’s did. Growing up, LaMontagne’s 2010 release “God Willin’ & the Creek Don’t Rise” was always a record that I strongly gravitated towards; it still remains one of my favorites to this day. It wasn’t until recently, however, that I discovered his other work and the true versatility he holds as a musician. Regardless of his commercial success, Ray remains humble, soft-spoken, and genuine. The heart and soul that spills into his music and performances is unrivaled, with every aspect birthed from a natural state. It’s this level of legitimacy that will allow LaMontagne’s music to eternally flourish, withstanding the test of time.

Ray LaMontagne is currently on tour with Neko Case, in support of his latest album “Part of the Light.” You can purchase tickets here.