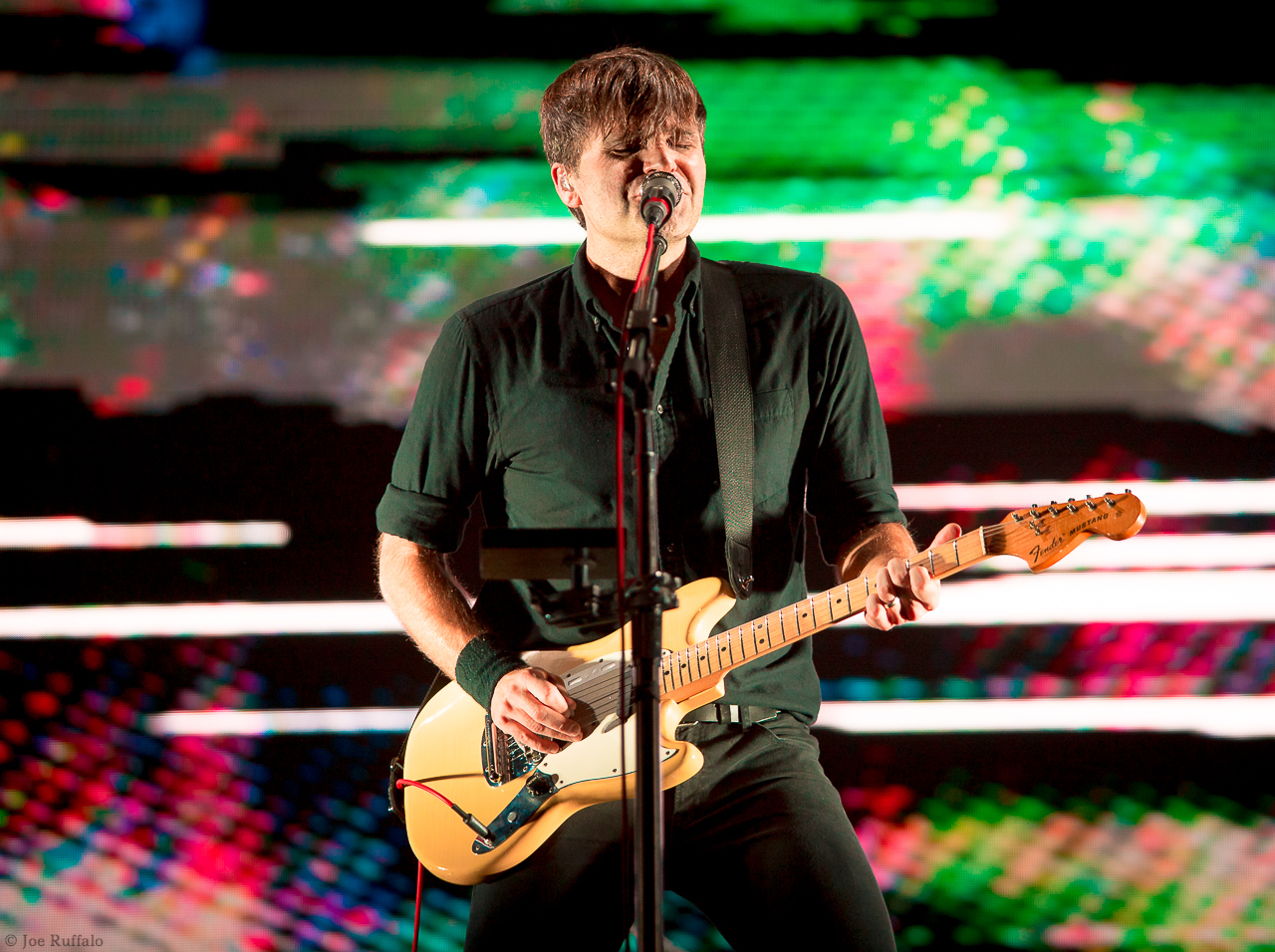 Just two months after performing Transatlanticism in its entirety at The Auditorium Theatre, Death Cab For Cutie made their return to Chicago.

On December 2nd, the indie-rockers headlined 101 WKQX’s “The Nights We Stole Christmas” winter concert series. Accompanied by openers Lovelytheband and Elle King, the Washington-based group surpassed all expectations; Death Cab’s presence was felt from the very moment they stepped foot on stage at the Aragon Ballroom.

The entire venue stood in pure darkness until a faint light emerged, just enough to identify each of the band’s five members. Nick Harmer’s menacing bass lines would soon spark the atmospheric introduction to the 2008 single, “I Will Possess Your Heart.” The opening track induced many into a trance-like state, a trend that would be followed throughout the rest the evening.

Despite the departure of beloved co-founder Chris Walla, the newly renovated lineup (featuring Dave Depper and Zac Rae) returned at full strength, maintaining the potency of fan favorites, while displaying a fresh, yet familiar identity.

Coming off the success of their ninth studio-release, “Thank You For Today“, Ben Gibbard and company often favored the new album, performing tracks such as “Summer Years“, “Gold Rush“, “When We Drive“, “You Moved Away“, and “Northern Lights.”

The even distribution of songs both new and old also allowed fans to sing along to favorites, like “Cath…“, “Soul Meets Body“, and “Bixby Canyon Bridge.” A nostalgic evening for many, Death Cab delivered plenty of spirit to the holiday season.