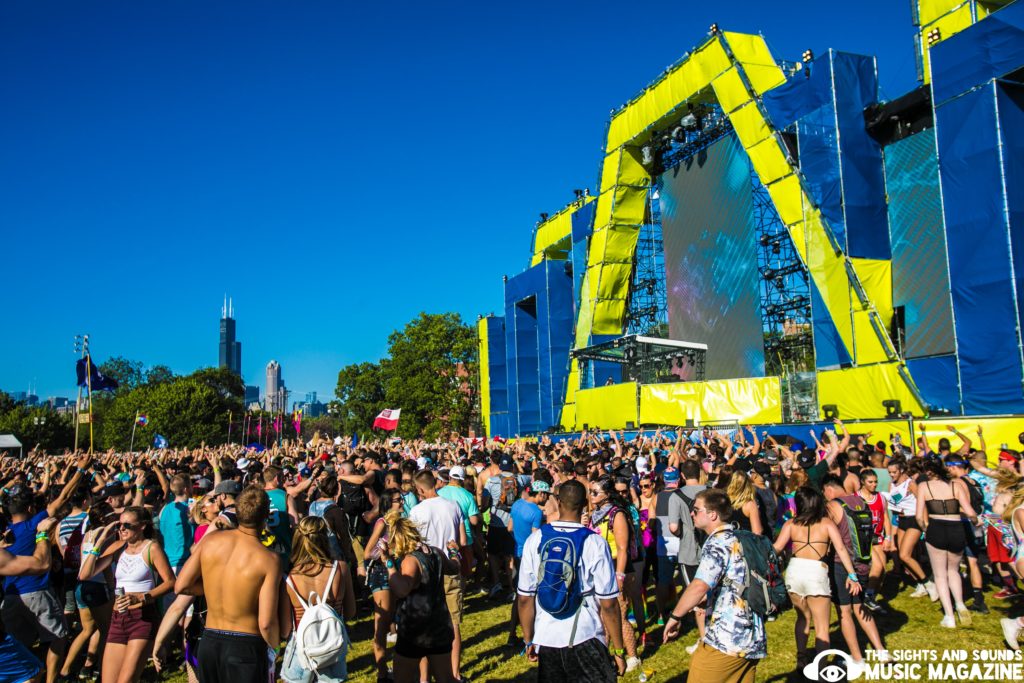 Everyone who lives in Chicago knows that summer is the best time of the year.

And there’s no doubt that Spring Awakening Music Festival is the premier dance music event of the summer in the Windy City.

I went to the first-ever SAMF in 2012 where I set a personal goal to play the festival as a DJ, and have been blessed to be able to do that every year since.

One of my favorite things to do at Spring Awakening is to check out the abundance of local talent that React books to play alongside all of the international names.

This list is an attempt to recommend a few that I know will not disappoint. I could have included many more than just these ten, but I promise that if you put these acts on your schedules, you’ll be happy festival-goers.

See you soon at Addams-Medill Park! 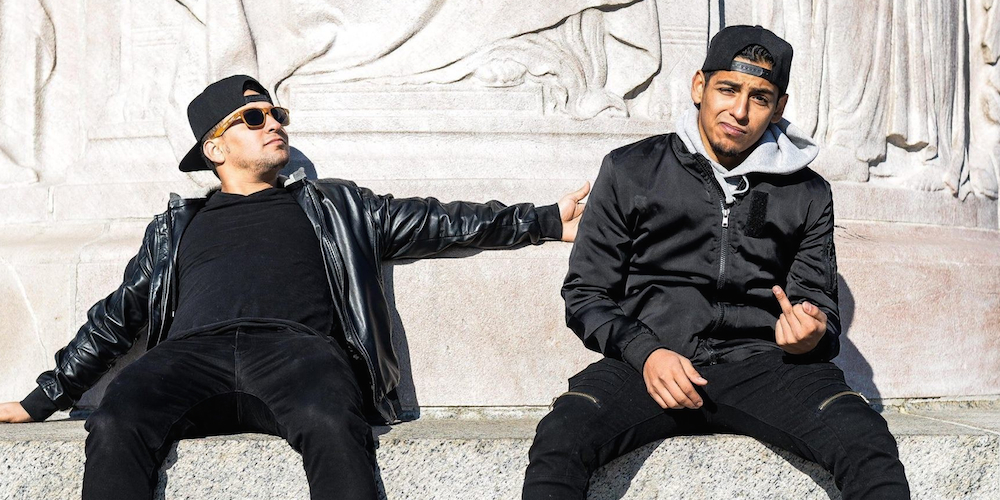 Upstart duo AYOO have made a big name for themselves in a short amount of time in the Chicago dance music scene. Exploding from relative obscurity to playing major clubs and festivals, these two have a true connection with their fans, who love their high energy breaks and bass house sets.

In 2013, they attended the fest for the first time, and according to group member James, it was “what started this entire journey. Fast forward a few years later and here we are playing SAMF, which is a dream come true. This year, we are very excited because we’ll be playing music we’ve produced, including four unreleased tracks, two remixes, and other originals.”

Last year AYOO tore it up in the Silent Disco, and this year, they’re moving up – look for them early Saturday on the DJ Mag stage. 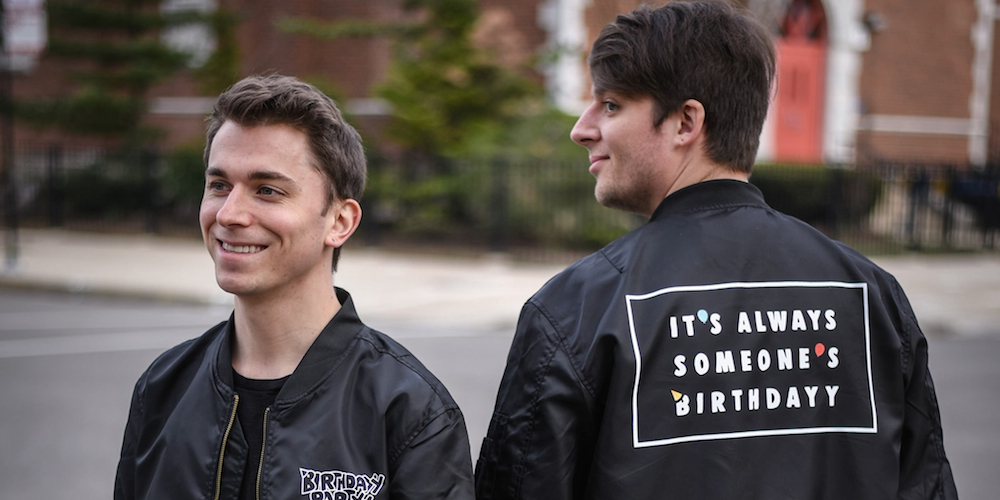 Twin brothers Bryan and Jon Gorecki, better known around Chicago for the past few years as Hi Five and Who Cares, joined forces late last year to form the supergroup Birthdayy Partyy.

They emerged loudly onto the scene in 2018 with a flurry of original tracks and “shameless throwback” remixes, quickly gaining a loyal following and earning the respect of the dance music blogosphere. Both are multiple time fest performers – Bryan’s favorite memory from the fest happened last year, “seeing all our close friends who came out to support (our set,) then going to the other stages to catch our other homies throwing down.”

Go see these guys on Sunday afternoon for a breaks, bass house, and bass-filled set on the Equinox stage. “The fact that I get to share a stage with artists that got me into dance music is an incredible feeling,” Jon says. Most recently, they released a remix for their fellow Chicagoans and good friends, Autograf, which “they hope gets everyone excited for festival season.”

“Just a couple years ago, I was standing in the crowd, excited to see people perform, and in such a short time, this little passion project has given me the chance to bring my music to those crowds. It really hits me right in the feels,” mused Dan Kelly, otherwise known as bass music heavy-hitter Dogma. 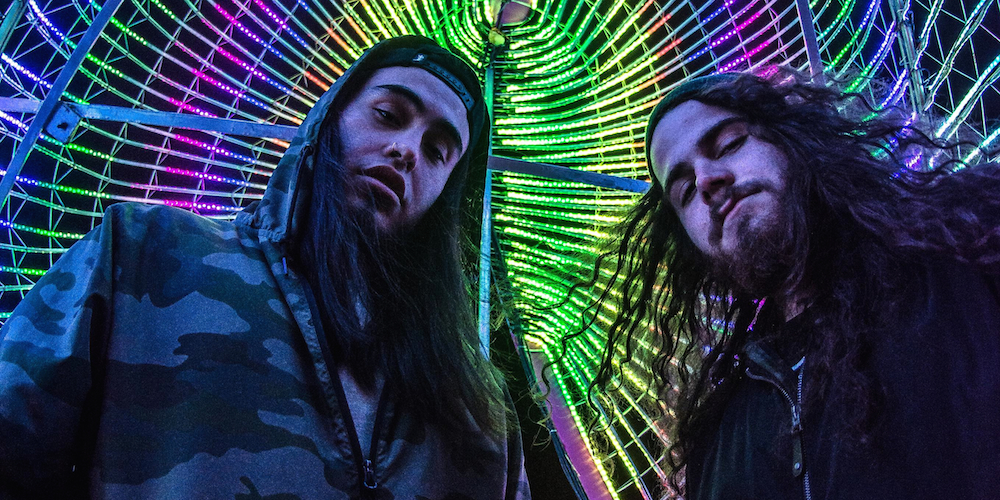 “My favorite memory of Spring Awakening would have to be watching Flosstradamus back in 2013 at Soldier Field,” Elevatd founding member Dennis Castalan says. “Watching them just tear it up changed the way I look at music as a whole.” Fellow member Chris remembers R.L. Grime as “a Don, definitely one of the first artists to get me into EDM.” Combined, these two young producers have joined forces to take the reins of Elevatd, and they have banged out a slew of creative and well-produced works in their time together thus far.

“This year we are both really looking forward to showing Chicago everything we have been working for endless hours on, from tons of unreleased music to some special collabs.” Check out their release with MMXVAC on May 14, and get elevated with them Sunday afternoon on the Solstice stage. 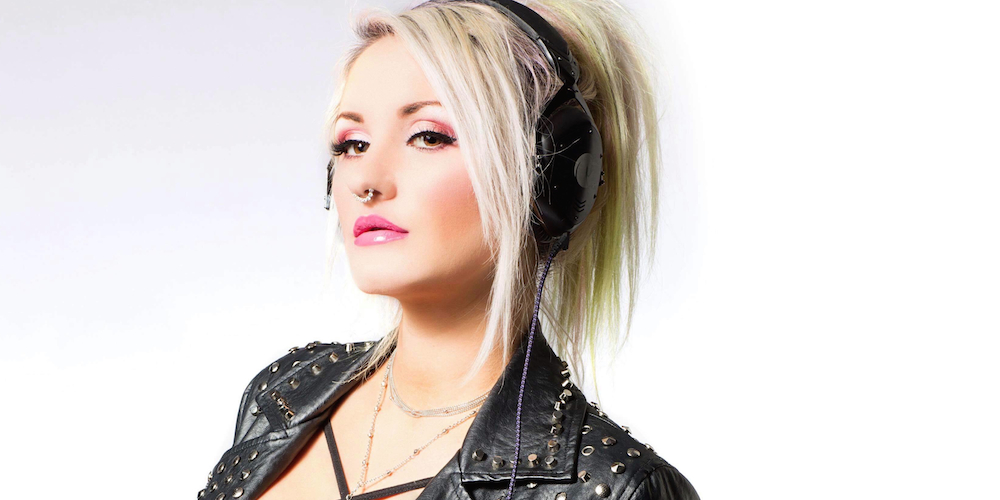 React, the company that puts on Spring Awakening, named Haleigh as part of the “SAMF Class of 2018,” a collection of locals they believe show great potential and progress as artists within their genres. She tore it up in the Silent Disco last summer, earning rave reviews, and has been promoted this year to the Heldeep stage, where she’ll be opening it up on Friday for some big-time acts.

“I’ve been to Spring Awakening every year except the very first year it was ever held,” she says. “It’s always been one of my favorite fests. I’m super sentimental that I’m getting to play it (again) along with so many homies!” Expect a set chock full of bass house and tech house jams, and this year, she’ll be debuting some of her own original productions as well. 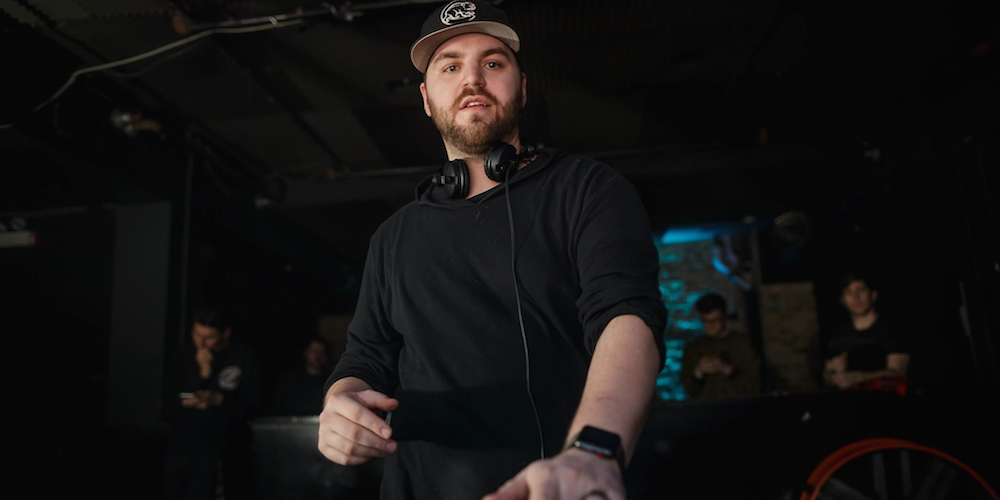 Marty is “honored to be on a lineup that includes legends like Sasha & Digweed, Lee Foss, Lee Burridge, Prok & Fitch, and Anthony Attalla. I’m also playing alongside fellow Chicago producer & DJ, the incredibly talented Karsten Sollors, for the second year in a row.”

Intermodal has lots of music lined up for release. Marty says there’s “nothing I can talk about yet, but I recently released a single called Bad Intentions” that you can check out on Soundcloud, before you see him opening the Requiem stage on Saturday. 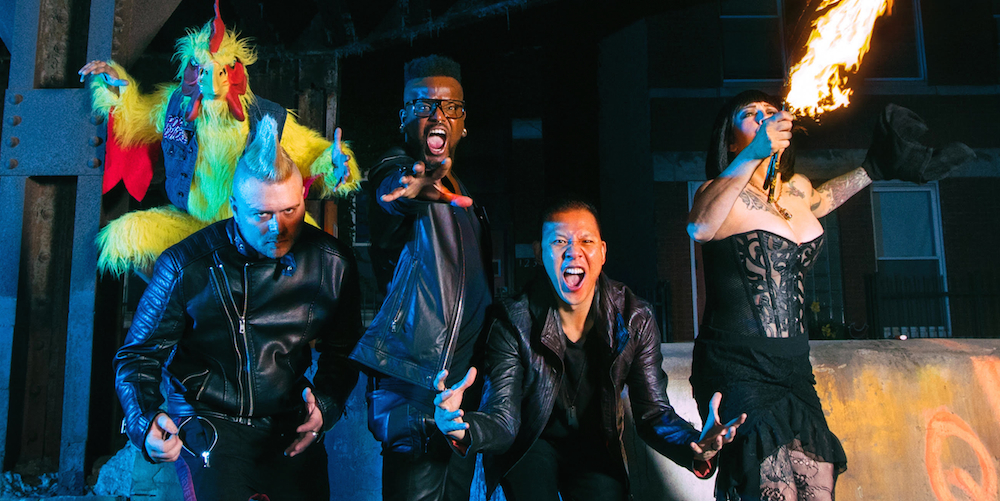 Dom Brown, Orville Kline, and Phives (along with human-size hype chicken Salvatore, and fire-and-sparks-weilding siren Ammunition) are all mainstage performers by themselves. Combined, their talents and performances are a true force to be reckoned with every time they take the SAMF stage. Their name has become synonymous with Spring Awakening, as this will be their seventh consecutive year performing at the fest.

This crew brings everything they have and leaves nothing behind. Expect extremely high energy music of the bass and electro variety, as well as some new additions to the show. DJ, producer, and guitarist Orville Kline is “most looking forward to the extra live elements we are going to do during our set this year. In addition to Dom on vocals and myself on guitar, we are also bringing in drummer Stevie Mac to play live with us.”

You can find them Saturday on the Equinox stage, and look out for new releases soon on their record label So Ready To Bang. 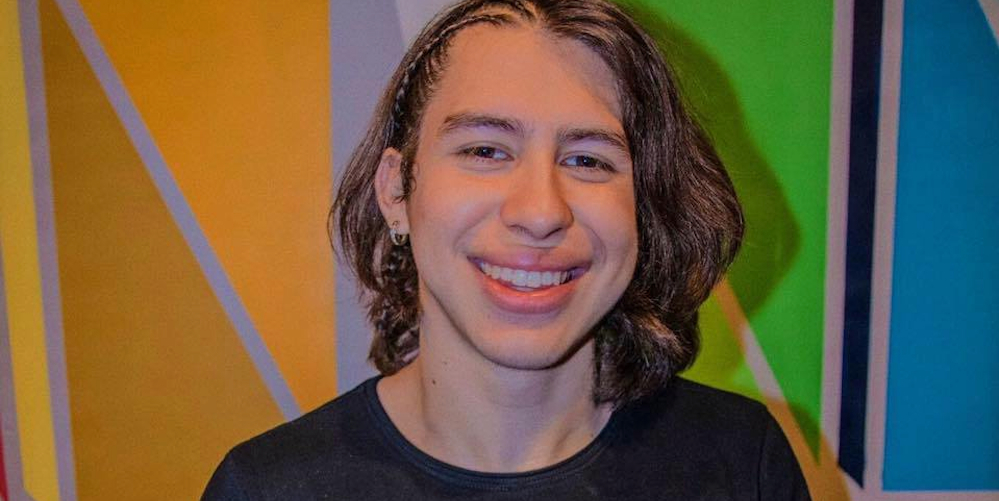 Uber-talented young producer and performer Smiirk, known to his friends and family as Avery Delgado, made a big splash in the Windy City dance scene a couple of years ago by winning multiple contests to play at big festivals, including Lollapalooza.

Now, the dance music prodigy is furthering his music education at the prestigious California-based Icon Collective production school, and is hard at work creating his first EP, “filled with rhythm and love. I plan to give not only music, but a musical language we can all understand,” he said.

“I can’t wait to play out my own music on a stage that carries history with it. Let us dance.” There will be many smiling faces during his dynamic set, which will feature future trap and other creative hybrid musical styles, on Saturday afternoon at the Solstice stage.

Stoney Montana (Josh Ramos) has picked up solo where his former bass duo Jsquared left off, and he has hit the ground running this year. Tremendously talented but always humble, Josh is “very honored to have gotten another opportunity to showcase my sound for a city and festival I love.”

He has an official remix for a currently-charting-on-Billboard track coming out soon that he’s “stoked about, as well as the loads of unreleased tracks I’ve been stacking away, including one with King Louie.”

Stoney Montana will be leading the pack as the headliner on Saturday night in the Silent Disco, and those are headphones you’re going to want to keep on your head for as long as possible. 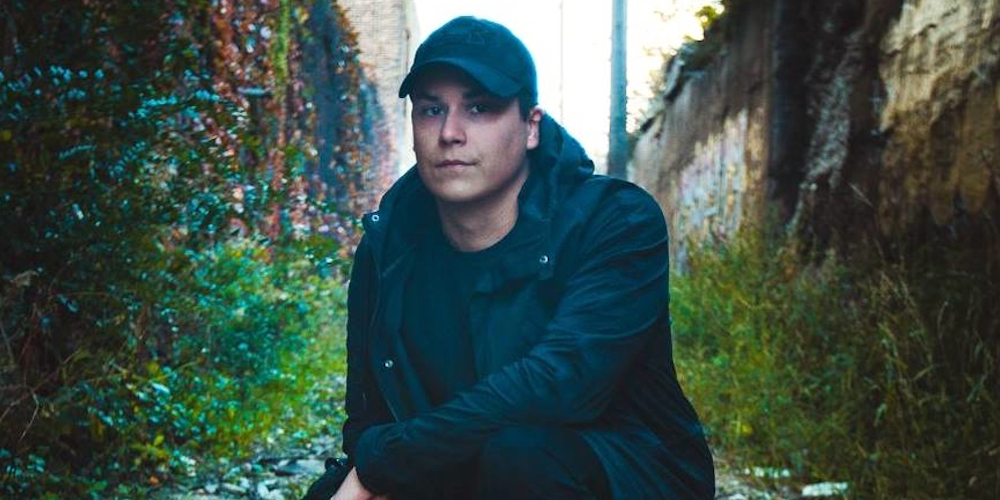 Wrapping up this list, last but certainly not least, is Stratus. Over the last seven years, few in Chicago have accomplished what this bass tunes phenom has done with regards to performance and production. He’s been putting out bangers for the better part of the last decade, and has earned his way into becoming a nationally-recognized name in the dubstep scene.

This will be his sixth performance at SAMF, including a throwdown last year that he says “really meant a lot to me. Getting that much energy from everyone in that tent was really special. I’m pumped for this year to switch it up and play a whole mess of new records in the sun. ”

He’ll be blasting the heat Friday afternoon on the Equinox stage, and on May 8, you can check out his brand new EP, LongPigBloodFire.

Make sure you enter below for your chance to win: 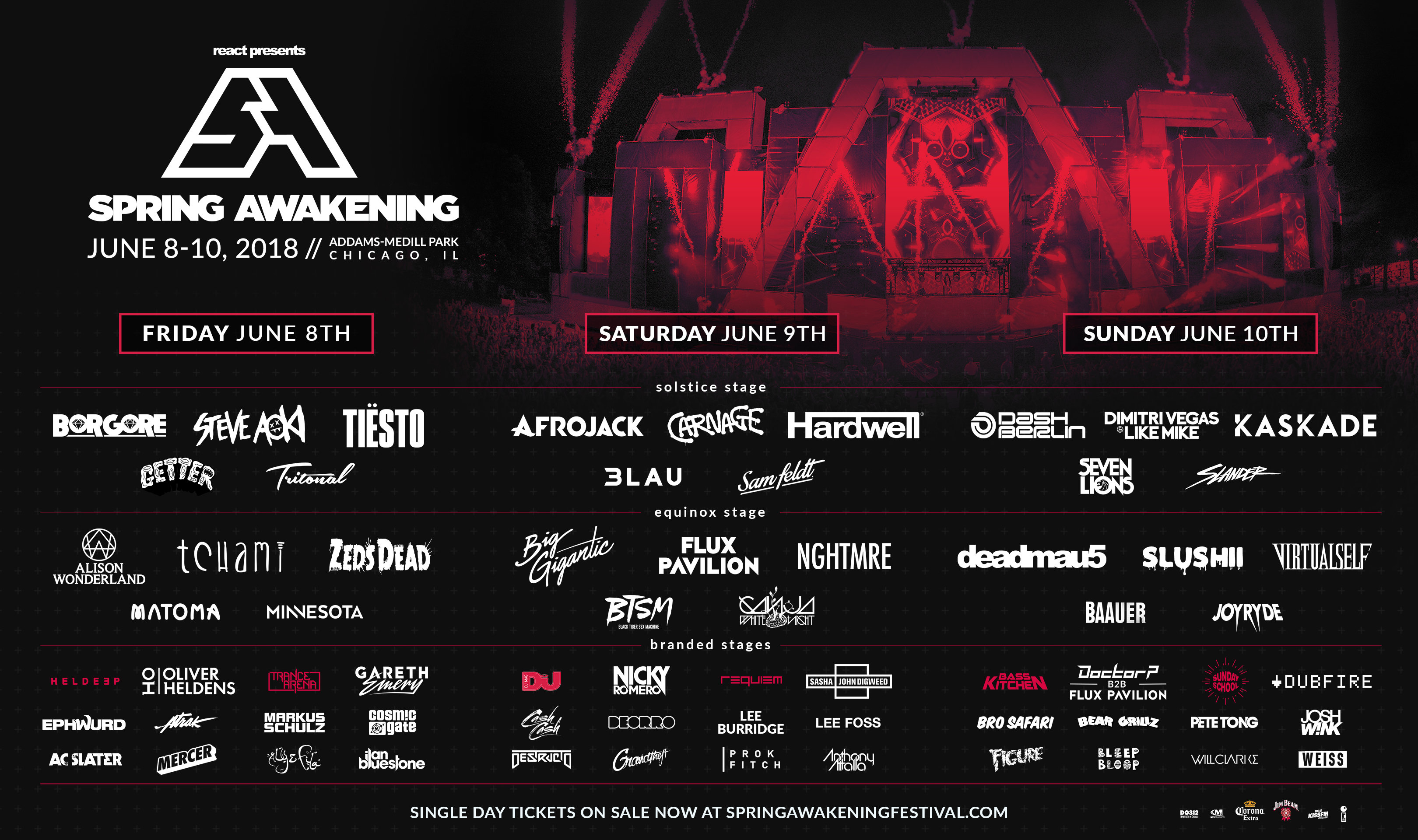 0
8   0
previous Indie Rocker RIVVRS Holds On Until It's Time To "Let It Die"
next Ingested, Bodysnatcher, & Signs Of The Swarm Destroy Peoria