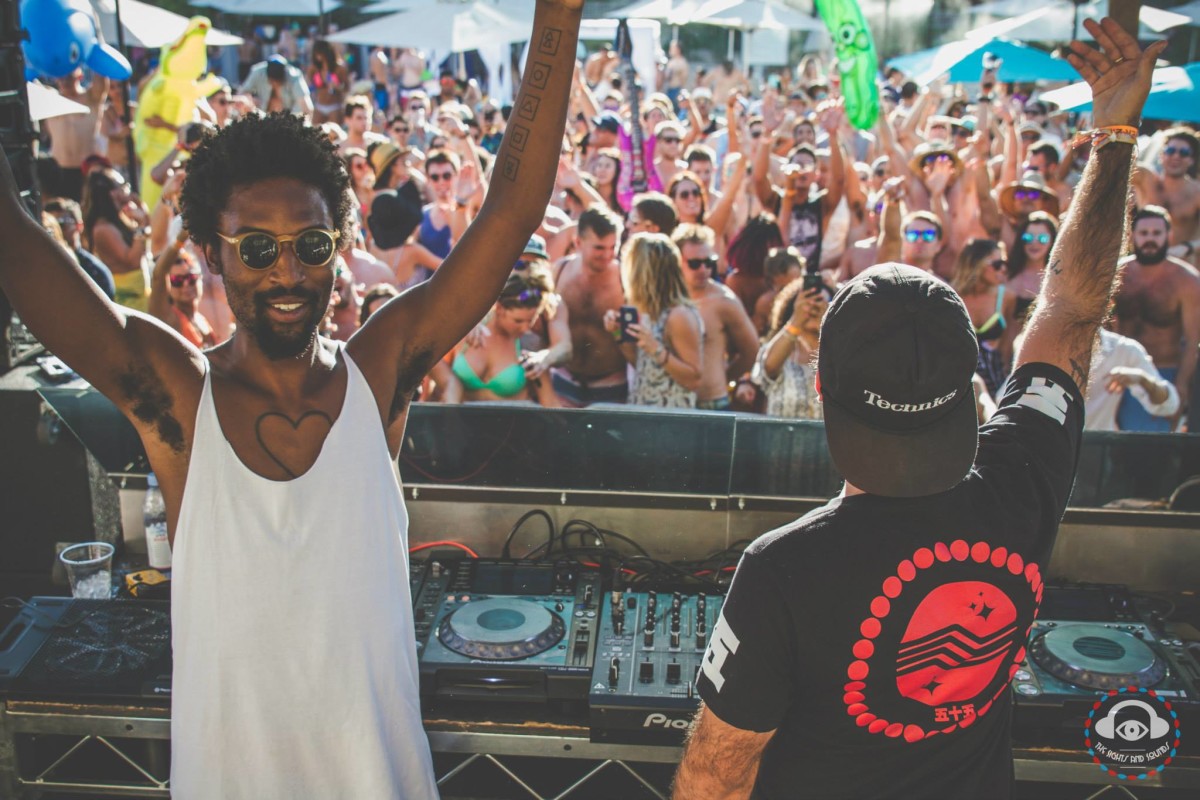 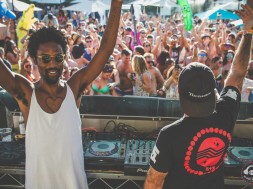 Kris Kish: If you go back and search through the archives, New York City’s The Knocks are probably the most covered artist on this site – and for good reason. These are our homies. Our Family. We take care of ours. And you don’t have to be from New York to understand what that means.

'The Knocks are our homies. Our Family. And you don’t have to be from New York to understand what that means.'Click To Tweet

’55’ plays like a full on, no-bed-till-sunrise night out in NYC, and like the lead track, “New York City”, The Knocks might appear a bit rough around the edges upon first encounter.

James Kabat: With lyrics like “If you’re starvin’ they won’t share” and “See the love isn’t unconditional,” delivered by one of New York’s finest, rapper Cam’ron on the album’s opener, it’s easy to be mislead and think that The Knocks are a couple of tough guys who hide behind a warm sound filled with disco beats and funk nostalgia. This couldn’t be further from the truth. Everything about the duo, whether it’s their sound, personalities, effortless sounding song arrangements, or the positive energy heard through their numerous collaborations, is warm and comforting. Knowing that my friends are not only great companions but also make some of my favorite music of all time, is perhaps as “Comfortable” as it gets!

What you’ll come to find, however, as James points out, is that it doesn’t take a lot of “Time” to come to the understanding that these two brothers from other mothers, Ben Ruttner (B-Roc) and James Patterson (J-Patt), are about as real and authentic as human beings come. Like the album itself, the more you get to see behind the stages and lights, the more you come to realize that The Knocks pour as much love into the way they present themselves behind the scenes as they do into their music.

I met The Knocks a few years ago through my friend Kris who developed a friendship with the New York duo by covering their material on this very site. At the time, I had no clue who they were or what their music sounded like, but Mr. JPatt and I seemed to click instantly. We hopped around from the hotel suite to an after-hours party they DJ’ed and ended up staying out all night. I was pleasantly surprised to find that Mr. JPatt and I understood each other so well, but I never hoped that we would actually become close friends. 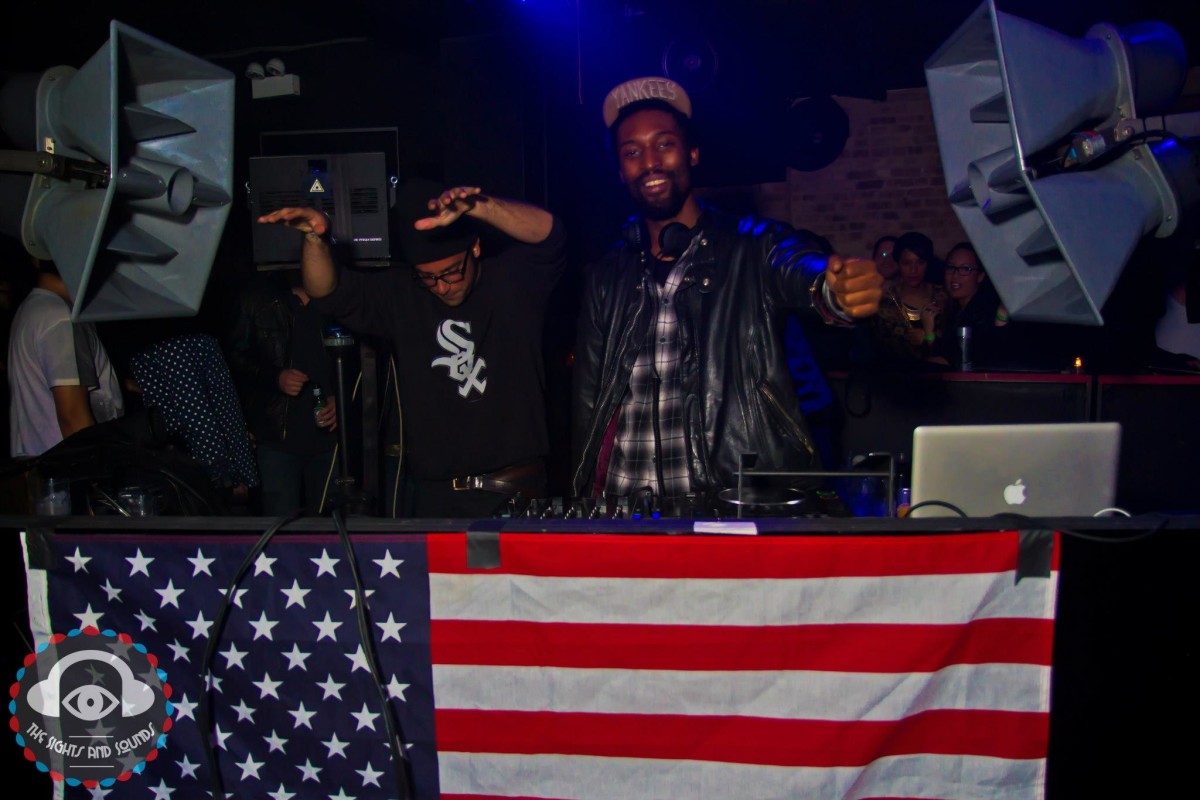 It wasn’t until a year or so later that I actually began to seek out and listen to their music. The first time I genuinely took notice was when their Comfortable EP was released (early 2014). The lead single of the same name, “Comfortable”, sounded like a serious record, and the bass line paired with X Ambassadors’ sleek-yet-careless vocals dripped with style and coolness. It wasn’t like anything they’ve done in the past and it spoke “next level”. Fast forward two years and the record still makes quite an impact amongst the numerous gems found on their long-awaited debut album, 55.

“People are always asking us if [55] is a concept record. It’s not, but it represents New York and the style of DJing called ‘open format’.” – Ben Ruttner (Rolling Stone) 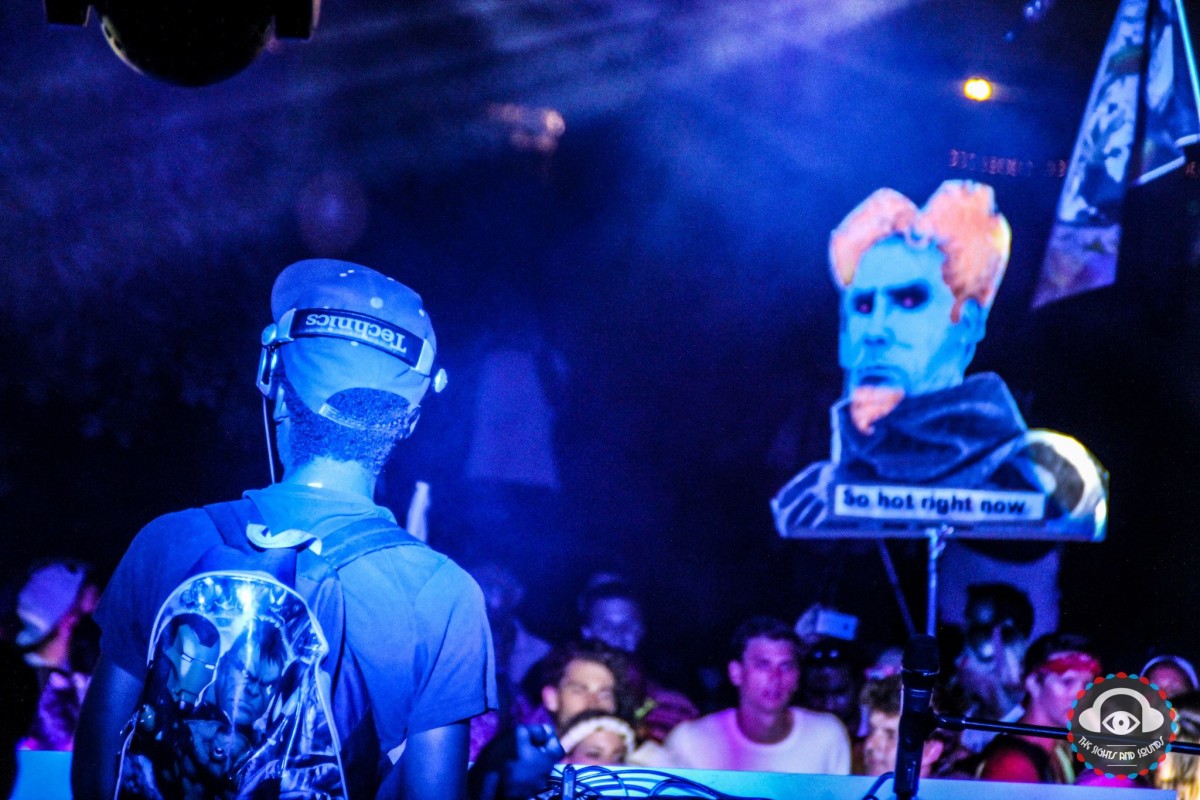 Named after their Chinatown studio in New York City, 55 feels like a greatest hits collection to fans such as myself. From the moody and setting-appropriate opener, named after the city where it all started, to the blowout final remix featuring Fetty Wap, of arguably their best single to date, “Classic”, the album is a non-stop dance party (and not a monotone sounding one either).

'On The Knocks' '55', there isn't a track out of sequence or a beat out of place.'Click To Tweet 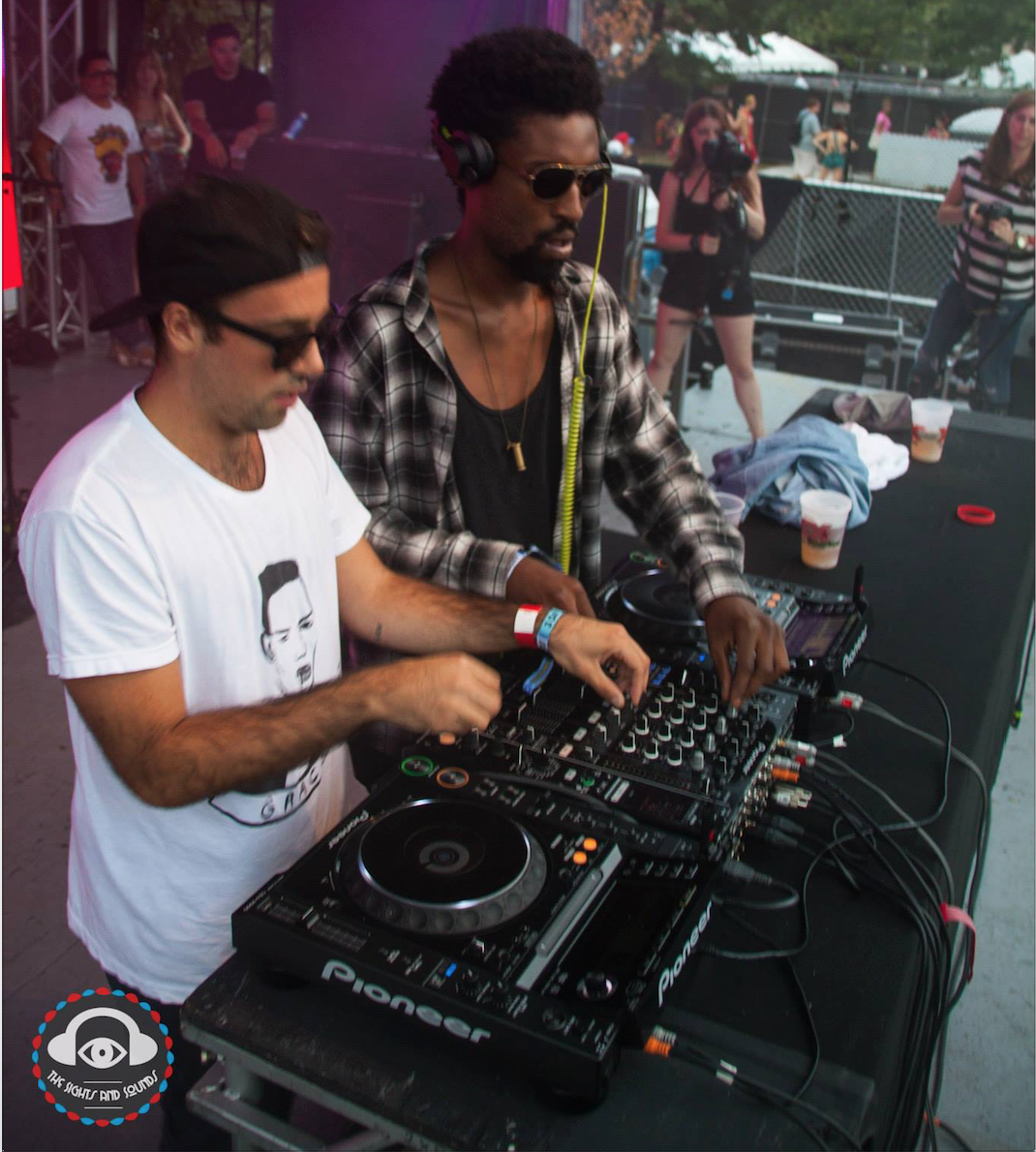 We come from listening to a lot of funk and disco. You listen to those disco songs, and they’re all about partying. The stuff that got me into dance music was like Fatboy Slim’s “Praise You” — sample-based, hip-hop-leaning, fun. I feel like that’s missing right now in dance music — there’s a lot of house music and stuff that’s cool and sexy, which is great. But we’re trying to put the funk back into it.” – Ben Ruttner (Rolling Stone)

What makes the collection special on a personal level are the memories attached to each of the tracks. Aside from the permanent sun-kissed, late summer vibes of the aforementioned “Classic”, I will never forget the excitement I felt when hearing the track for the first time. I quickly transmitted my love for the instant banger into a head-to-head review with our senior editor, turning it into one of my favorite pieces for the online magazine ever!

Receiving the guys’ approval and confirmation that they liked the review didn’t hurt either. Seeing the room literally light up and everyone sing along to “I Wish (My Taylor Swift)” at their recent sold-out show in Chicago is another moment I will cherish for a long time. Receiving visual and sonic validation that Mr. JPatt can throw down the rap/sung vocals on “Kiss The Sky” just as well as Wyclef is yet another these guys deserve everything they’ve worked so hard for.

The Knocks’ recent headlining tour is all the proof you need to know these two were born to perform. Their live show has come a long way since the days I saw them opening for Ellie Goulding and Run DMC, when I used to think, “Damn you two, a smile would be nice ;).” Not on this tour – the smiles could be seen from the back row and their stage presence has gone from hiding behind their instruments to strutting their shit on stage. The live shows have always been a reason to come out and dance, but chances are if you’ve seen them, you’re already in the know. 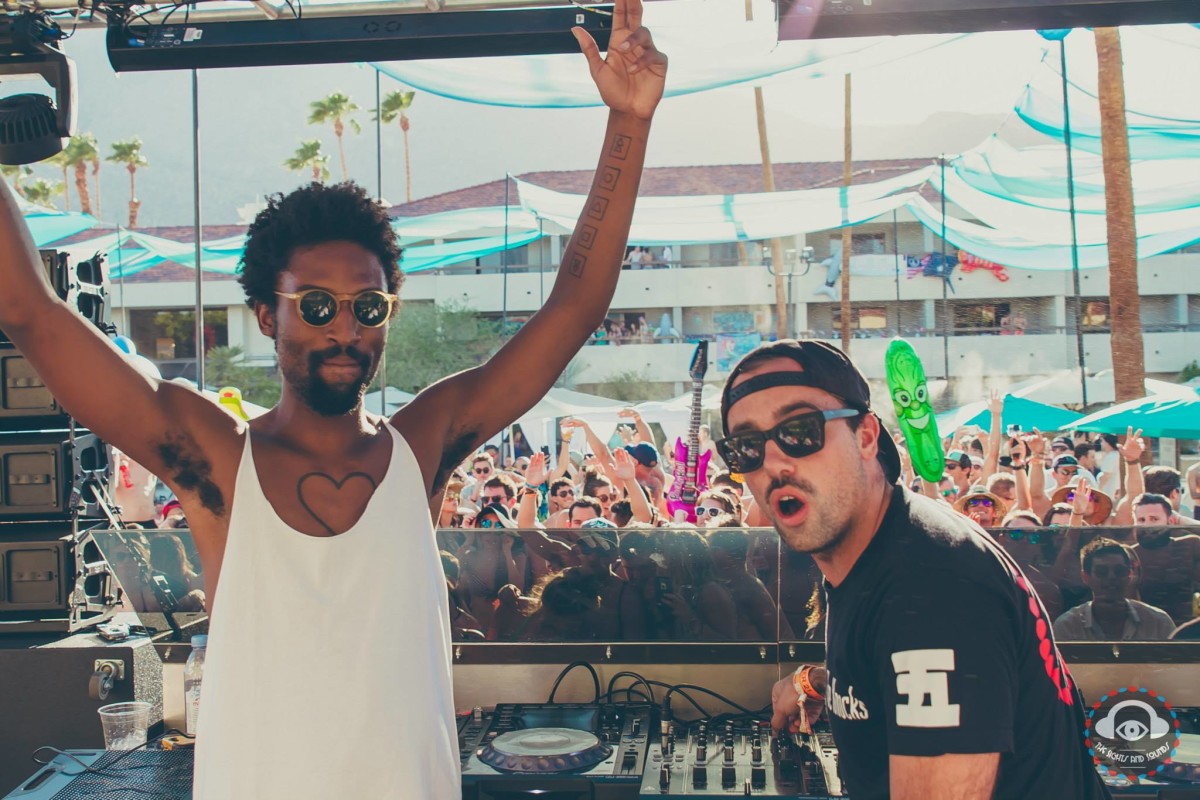 What doesn’t cease to amaze me the most, however, is the incredible personal friendship that was formed with Mr. JPatt – and getting B-Roc to actually tolerate me 😉 – while still maintaining the ability to differentiate between their artistry at the snap of a finger. Perhaps it’s because I was a friend first and a fan second, or maybe because I actually developed a certain level of professionalism over the years, or maybe because they’re just incredible people and a rare breed of artist.

'The Knocks’ music is good because they are good human beings.'Click To Tweet

It’s not just that The Knocks’ music makes you feel good because it’s dance-y, festive, energetic, or any other positively upbeat synonym you can swap in. I mean, yes, it is all those things, but it’s also a lot more. The Knocks’ music is good because they are good human beings. Their music is good because the amazing energy that you feel when listening to tracks such as “Kiss The Sky” and “Collect My Love” are infused with the pure, loving energy that Ben and James not only bring from within, but also synthesize into every beat. When music is created from a place of love, like The Knocks have so faithfully done, then it can only mean one thing for their career: success. And ’55’ is just the beginning for these two.

Stream the entire album below and purchase ’55’ on iTunes here.