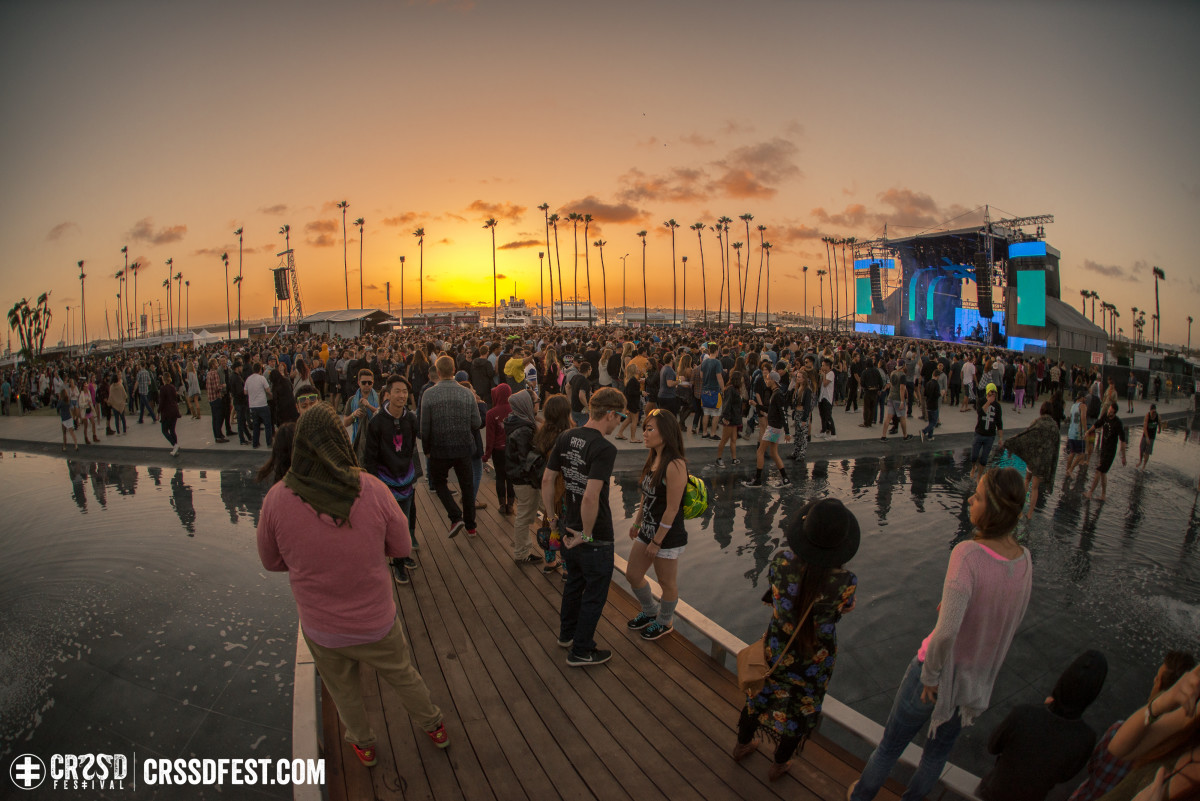 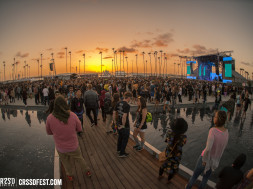 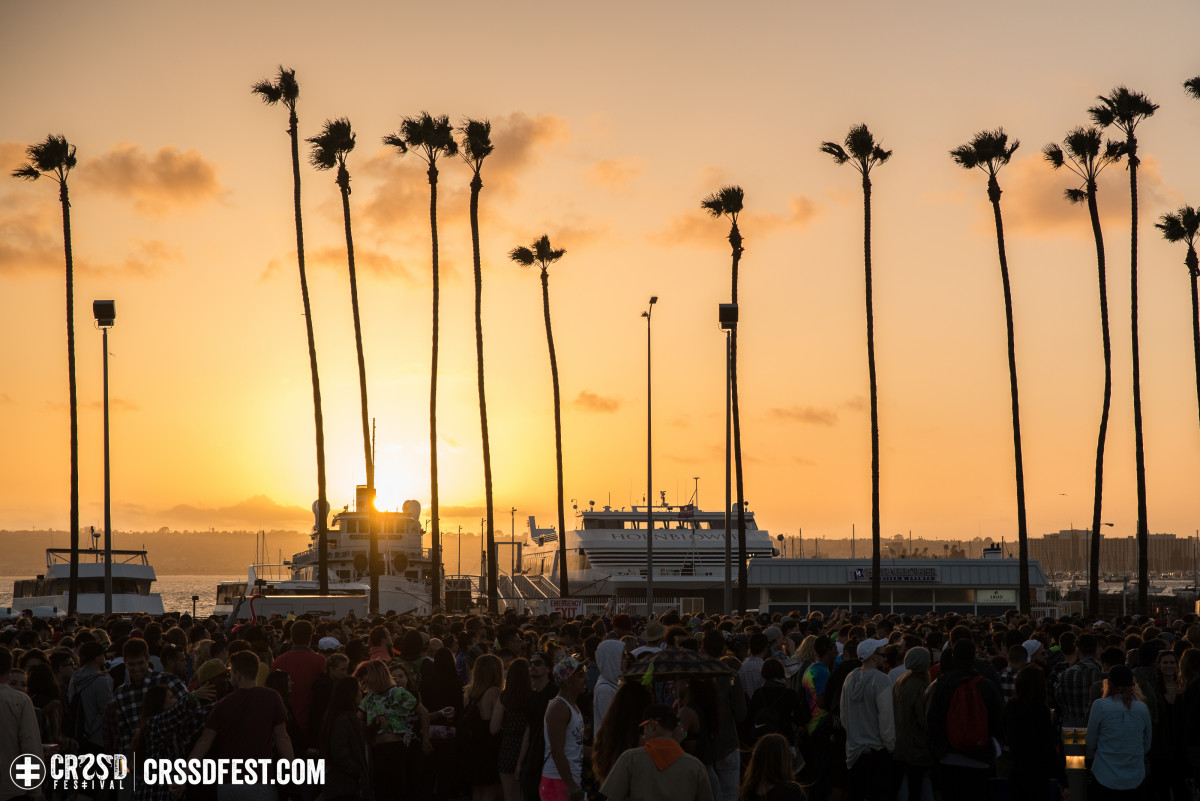 Last weekend officially kicked off the start of festival season as the third installment of CRSSD descended upon San Diego’s ethereal Waterfront Park. This spring’s lineup was decidedly darker than the 2015 editions, and the weather followed suit with some dreary mornings and misty evenings. Although it was chilly for southern California standards, the atmosphere at CRSSD was anything but cold and unwelcoming. The event was, once again, curated with an impeccable combination of music and culinary enrichment that collectively drew just the right crowd to create a highly enjoyable experience for their target demographic. In my experience, CRSSD is rather like the grown up rave kid’s coming out party. CRSSD is for the people like me, who have “been there, done that,” for the self described jaded ravers who talk about how “the scene is dead” and they’re over festivals because “it will never be the same.” Last year I attended my first CRSSD after swearing off festivals for the same reasons, and I’m here to tell you how I witnessed the rebirth of connective dance music culture and was reminded about the elements of the scene that I first became so enamored with.

It was barely 3 o’clock in the afternoon and already Jeremy Olander–“BAElander” to my friends and I–was escorting us on a progressive house and techno journey laced with intermittent vocals. It’s this type of set that really gets to me–JO keeps the tempo driving but every once in a while drops the type of track that hits the “feels” button hard.  “Feels like I’m waiting, like I’m watching, watching you fall up…”  When the wistful vocals and exquisite instrumentals of RÜFÜS’s “Innerbloom” took over, it was as if the entire crowd was entranced by the anguished poignancy of the lyrics. My body and those around me at the front railing quieted instinctively; we waited in unpremeditated silence for that one line:

Goosebumps crept up my spine as the crowd around me sang along in unison, our hands and heads uplifted to the cerulean sky. We poured more emotion into those few short verses than most of us ever felt comfortable saying aloud, even to those we love. The faces of friends and strangers looked the same in this moment, because everyone has known heartache. I flash back to being shoulder-to-should in the middle of a storm at a Kaskade show in 2009, belting out “4 am,” thankful my tears intermingled with the rain.

Fast forward and it’s the end of the night; I’m watching Odesza from afar, standing arm in arm with one of my closest friends as we take a breather from the throbbing intensity of Cirez D. Against the backdrop of ever-shifting lights and stars we talked of the past and the future, of love and darkness, doubts and hopes. Our lone reflections mirrored back at us in the water fountains, changing colors like we so often change ourselves for others in fear that we are not enough. Being vulnerable to someone else and feeling their acceptance opens a vein of connection between two people that has become increasingly rare in our society. We are so conditioned to numb ourselves as soon as we feel discomfort that it often embarrasses and unsettles us in every day life, but at festivals we are allowed to take off the mask, to blossom and embrace our own humanity.  I was contemplating this as Odesza began the opening notes of “Something About You,” and then we danced as if we’ve never been touched by fear or insecurity, uninhibited and alive. Something about the true ethos of festivals is so innate to emotional catharsis, and it was yet another moment I haven’t experienced in far too long. I used to get it every time I went to a festival, and often now I leave feeling stressed and empty rather than enlightened and liberated. This is beautiful, I thought, and it was indeed. 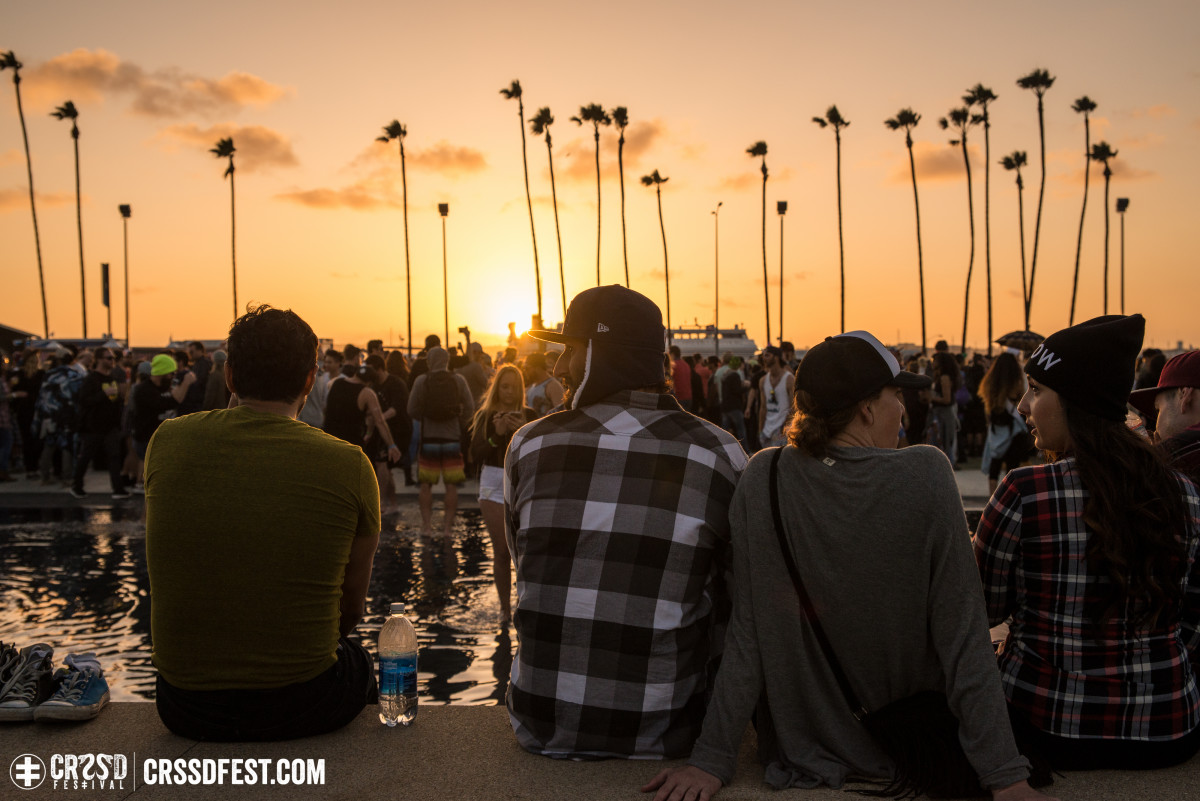 These are just two of the many instances of human connection that I experienced this past weekend: there was the bandana-faced girl I was grooving next to in the crowd at Gesaffelstein who confessed that she had been feeling very anxious, but found my presence to be positive and calming. “You just made me feel so much better, and you didn’t even know it,” she said in my ear over the apocalyptic stabs of Gesaf’s “Pursuit.” It was another testament to how festivals create a communal experience–the energy that each and every person in the crowd emanates forms a tangible collective organism. I hadn’t felt that sort of unity in a crowd for several years before I attended the first CRSSD last March, and in my opinion they’re three for three in terms of getting it right each time. To me, this is grand news–perhaps dance music is righting itself once again. For too long festivals have been “all about the beat,” getting fucked up and wearing the most ridiculous outfit you can express order at IHeartRaves.com. If CRSSD is any indication, the young (previously EDM-oriented) dance scene is returning to its roots of techno, house, connectivity and open-minded acceptance, and of using music to enlighten and empower. That, my friends, would be the greatest victory of all. 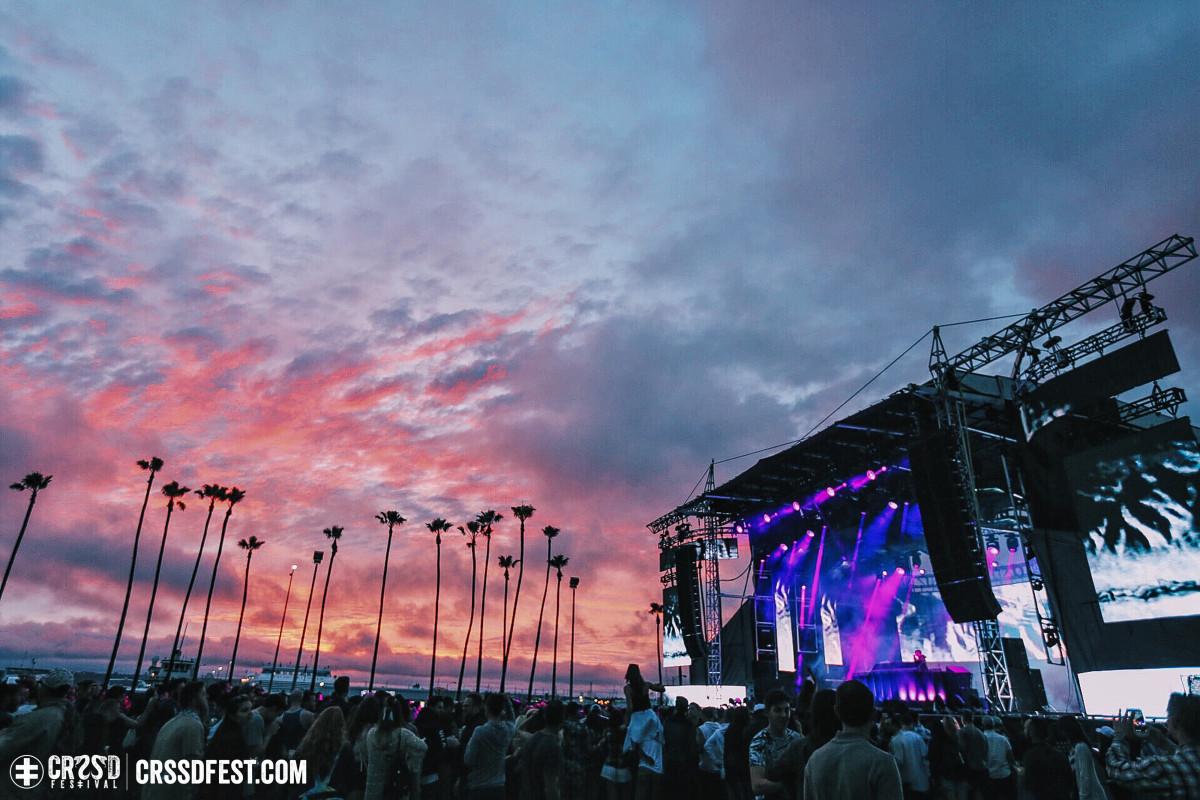 0
2   0
previous [HIP-HOP/ROCK] SBTHEDJ - DON'T TELL ME (YOU LOVE ME) FEAT. PILOT TOUHILL
next [ALBUM REVIEW] The Knocks' Debut Album Has Us Dancing Until Sunrise