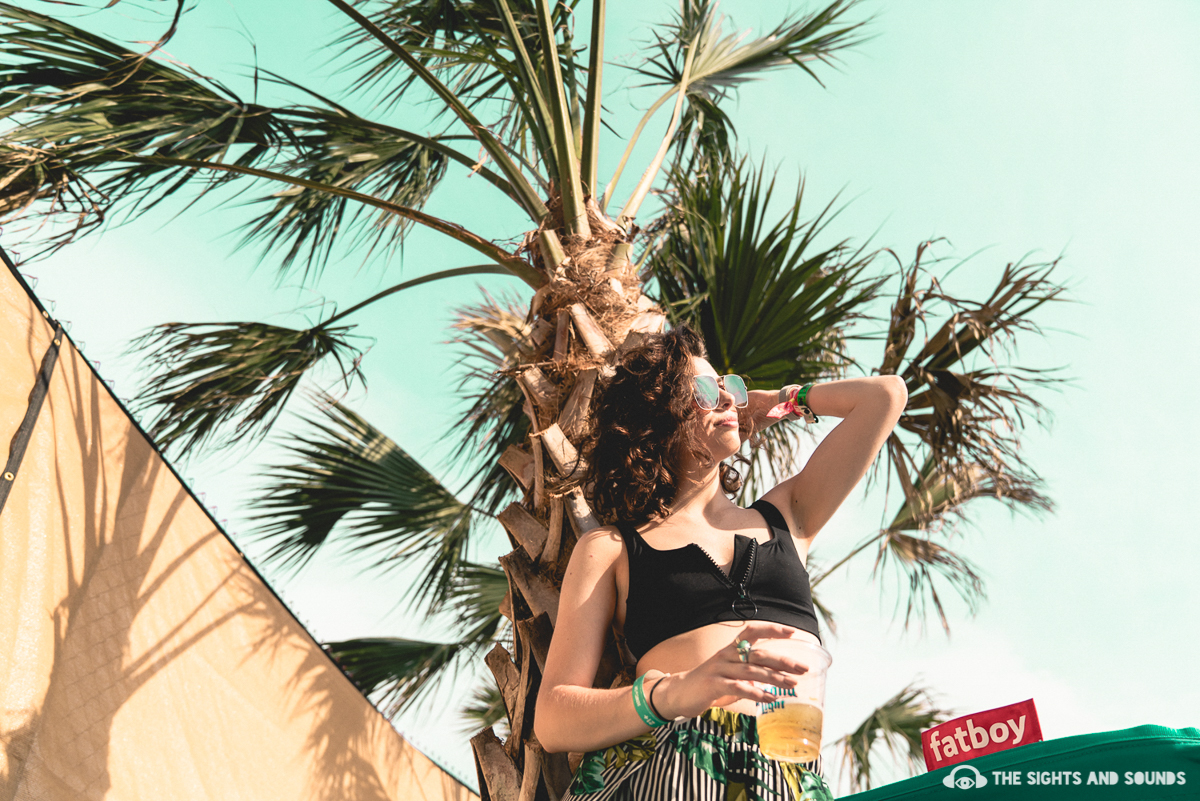 Last weekend, Hangout Fest 2018 brought tens of thousands of music fans to party on the beach in Gulf Shores, AL.

Featuring a wide variety of smaller and main stream artists, there was something for everyone to enjoy.

And while there was plenty of music to go around for the three-day festival, there also was a variety of things to do if you needed a bit of a break.

As you entered the festival, a large Ferris wheel looked over both main stages as well as much of the festival grounds. And if you exited the beach, you found a roller rink with a DJ that played during all hours of the festival. Plenty of festival goers stumbled their way around on roller skates after likely a few too many drinks.

Next, you’d find booths from brands like Mike’s Hard Lemonade and Harley Davidson featuring photo areas, temporary airbrush tattoos, and more. My favorite booth was a puppy kissing booth where donations were collected for the local humane society. There were also tons of opportunities for festival goers to take photos on a massive swing over the ocean, giant stuffed swans, etc. 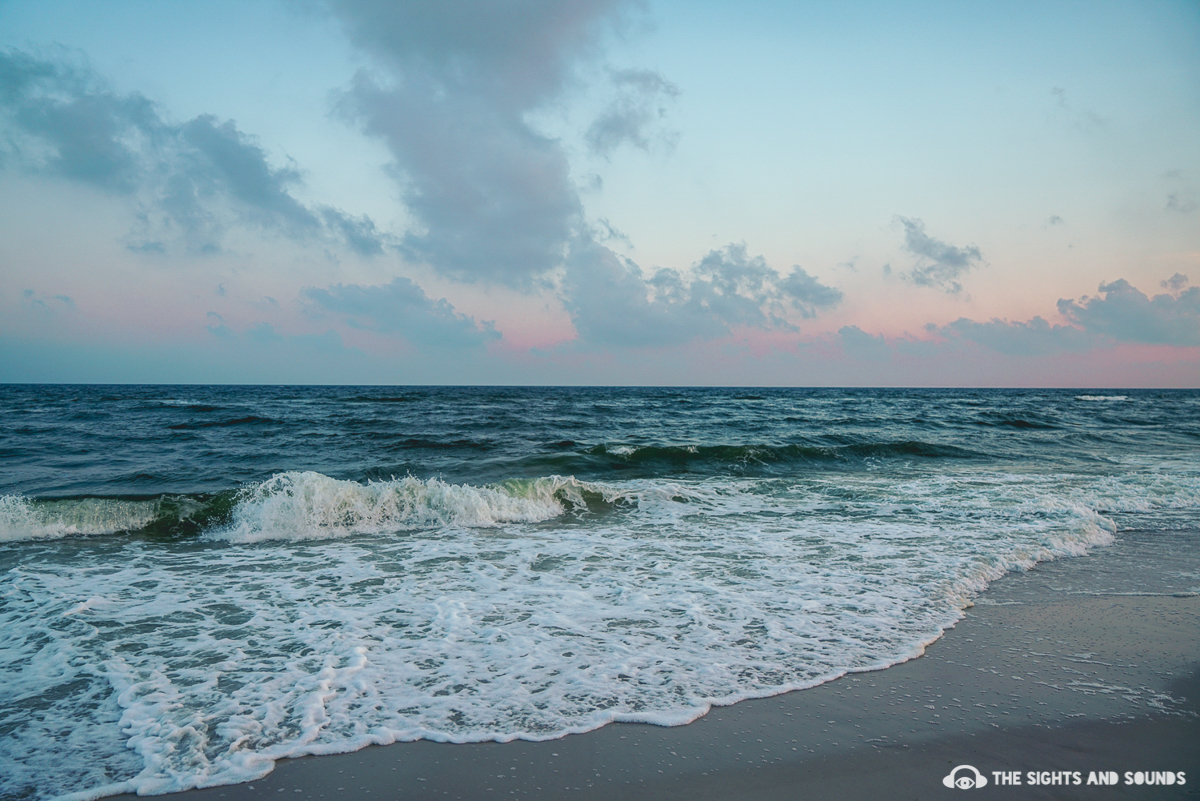 And if you were looking to grub, there were numerous food tents with all types of cuisines, including a line of food trucks near the back of the festival.

Now that the scene is set, let’s talk about the music. The festival opened its gates at 11 am every morning, however most people showed up in the early evening as the acts grew in popularity. There were two main stages, the Hangout Stage and the Surf Stage. These were situated a bit down the beach from each other, so festival goers could easily walk back and forth between the two as shows ended and began.

There were a few smaller stages including the Boom Boom Tent and the Beach Stage that featured the likes of Galantis, St. Vincent and Lauv. And while these stages did feature some larger acts, the two main stages definitely took the cake as far as comfort, ease of access and visibility. Both of these stages also featured a luxurious VIP area featuring a swimming pool at the Hangout Stage, lounge chairs and most importantly, free beer.

On Friday, the main acts included Galantis, Portugal. the Man, and crowd favorites Zedd and The Killers.

Zedd put on an incredible show that was high energy throughout its entirety. He played a mix of his old hits that put him on the map and some of his newer, radio-hit tracks. Also mixing in some classics like Michael Jackson’s “Thriller” and Whitney Houston’s “I Want to Dance with Somebody,” there was something in his set for anyone to enjoy.

The Killers really catered to their long-term fans by performing a few of their greatest hits (Mr. Brightside, When You Were Young), as well as mixed in a good amount of lesser-known songs. They ended the night with a massive fireworks show that lit up the beach and the night sky. Cheers rang out as the first day came to a sweet ending.

As most folks rolled in on Saturday sore and tired from the day before, there was no shortage of great music to get the day going. The main acts of the day included Anderson .Paak & The Free Nationals, Logic, Halsey, St. Vincent and The Chainsmokers.

If I had to pick my favorite act of the day, it would definitely be Anderson .Paak & The Free Nationals. He knew how to work the crowd and his general happiness to be there hyped everyone up. Overall, he was great to watch live and has real, raw talent.

If folks were tired on Saturday, you wouldn’t believe how tired they were by the time Sunday rolled around. Blisters were a plenty and people were really working to make it through the rest of the festival with as much energy as they could muster. Possibly one of the most star-studded days besides Saturday, Sunday brought the heat. The main acts to wrap up the festival included Grouplove, Foster the People, SZA, Odesza and Kendrick Lamar.

Odesza was one act that many people were looking forward to all weekend long. The group is known for its intense light shows and high-energy sets. And if that wasn’t enough, Kendrick Lamar brought the house down as the final act of the festival. Besides one snafu with a fan, it was an otherwise seamless set filled with some of his biggest jams.

And just like that, Hangout Fest 2018 came to a close.

Everyone, exhausted and sweaty, trudged back to their hotels to unfortunately travel home to wherever they came from the next day.

With it taking place on the beach, this festival automatically is set apart from others of its kind. It definitely delivered on beautiful views, sunsets and more.

If you’re looking for a new festival to try that isn’t quite as hyped as say Coachella or Lollapolooza, definitely take a look at the Hangout Festival lineup when it’s announced for 2019. 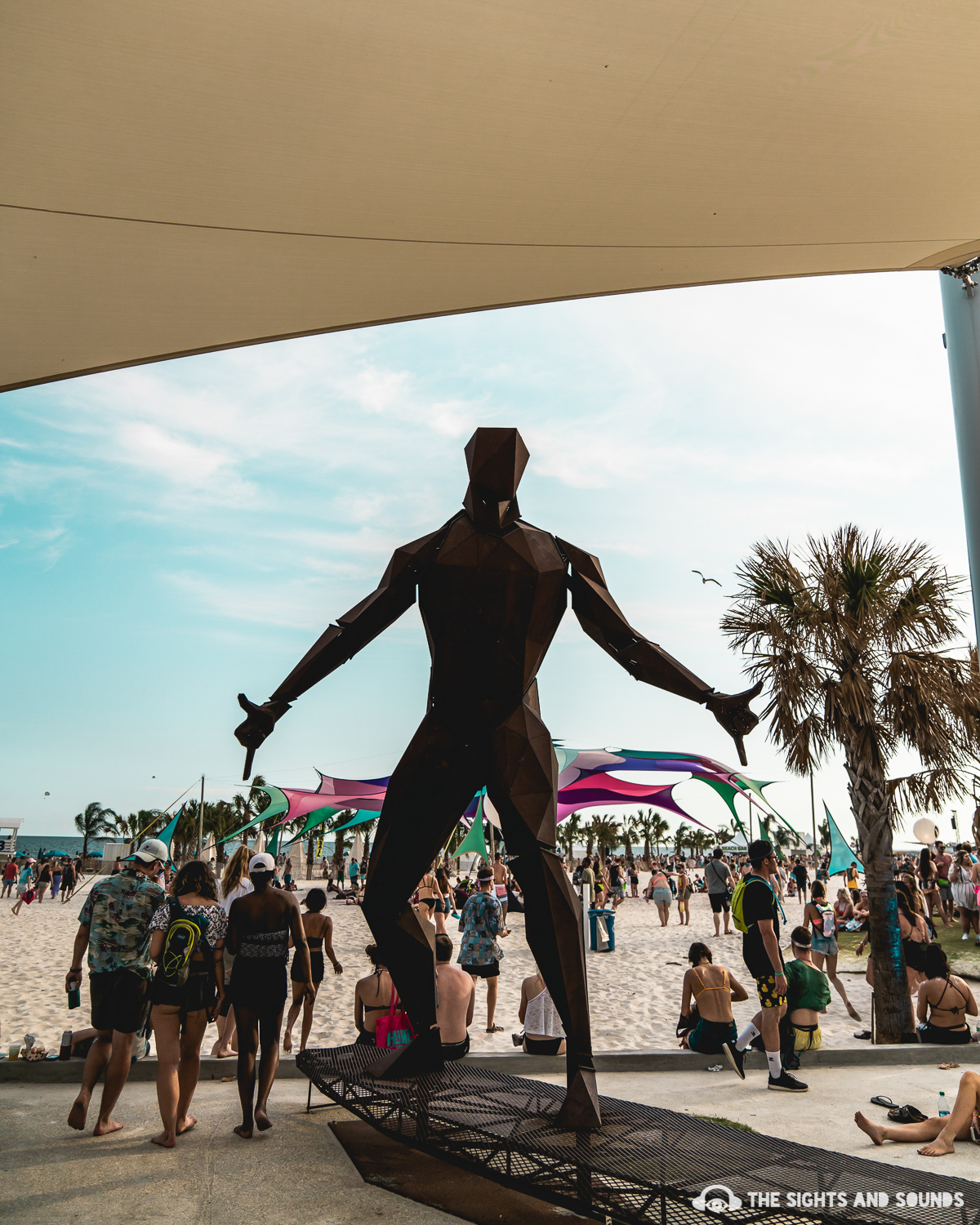