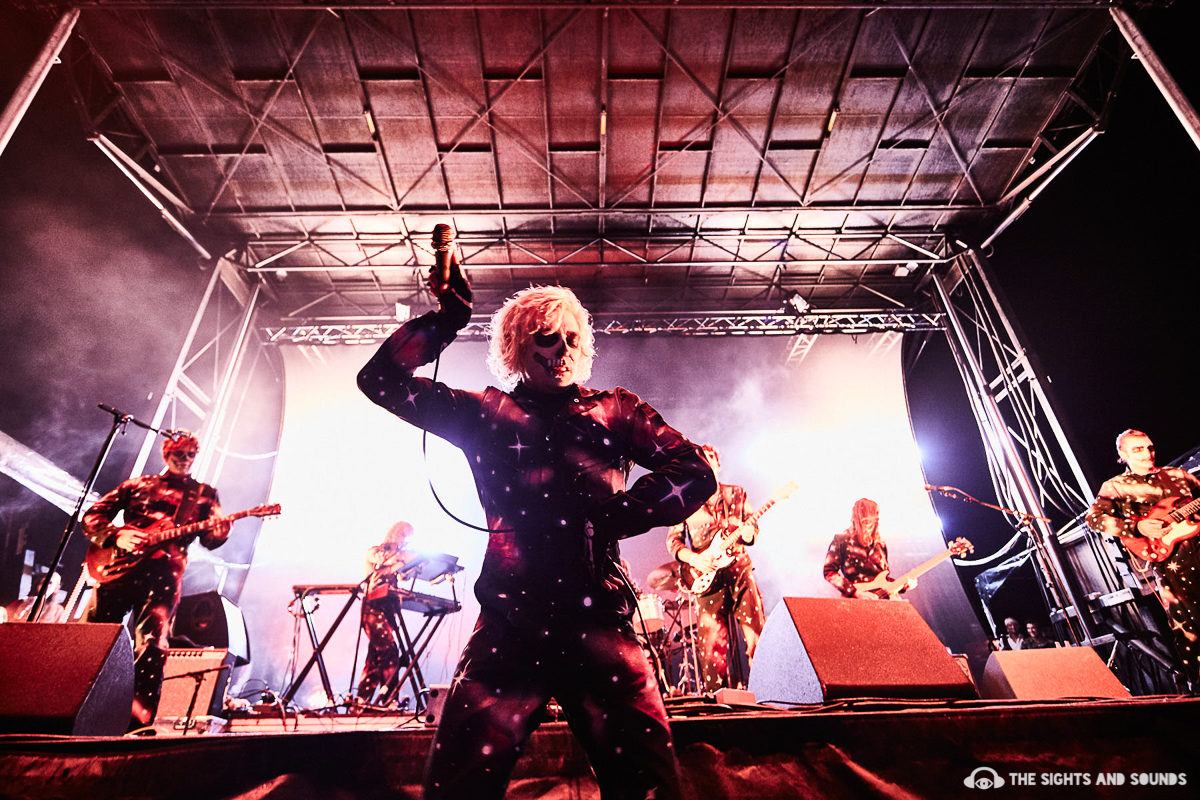 the haunting surf rock group, The Growlers gathered a mélange of friends to perform in an epic carnival style festival.

With acts ranging from Danny Brown to Modest Mouse, the two day festival gathered quite a variety of goblins and ghouls.

Weirdos welcomed, costumes encouraged, it was a great place for people of all ages to let loose and get lost in some good ol’ fashion fun. No matter who you were there to see, I’m sure everyone left having found a new favorite band. 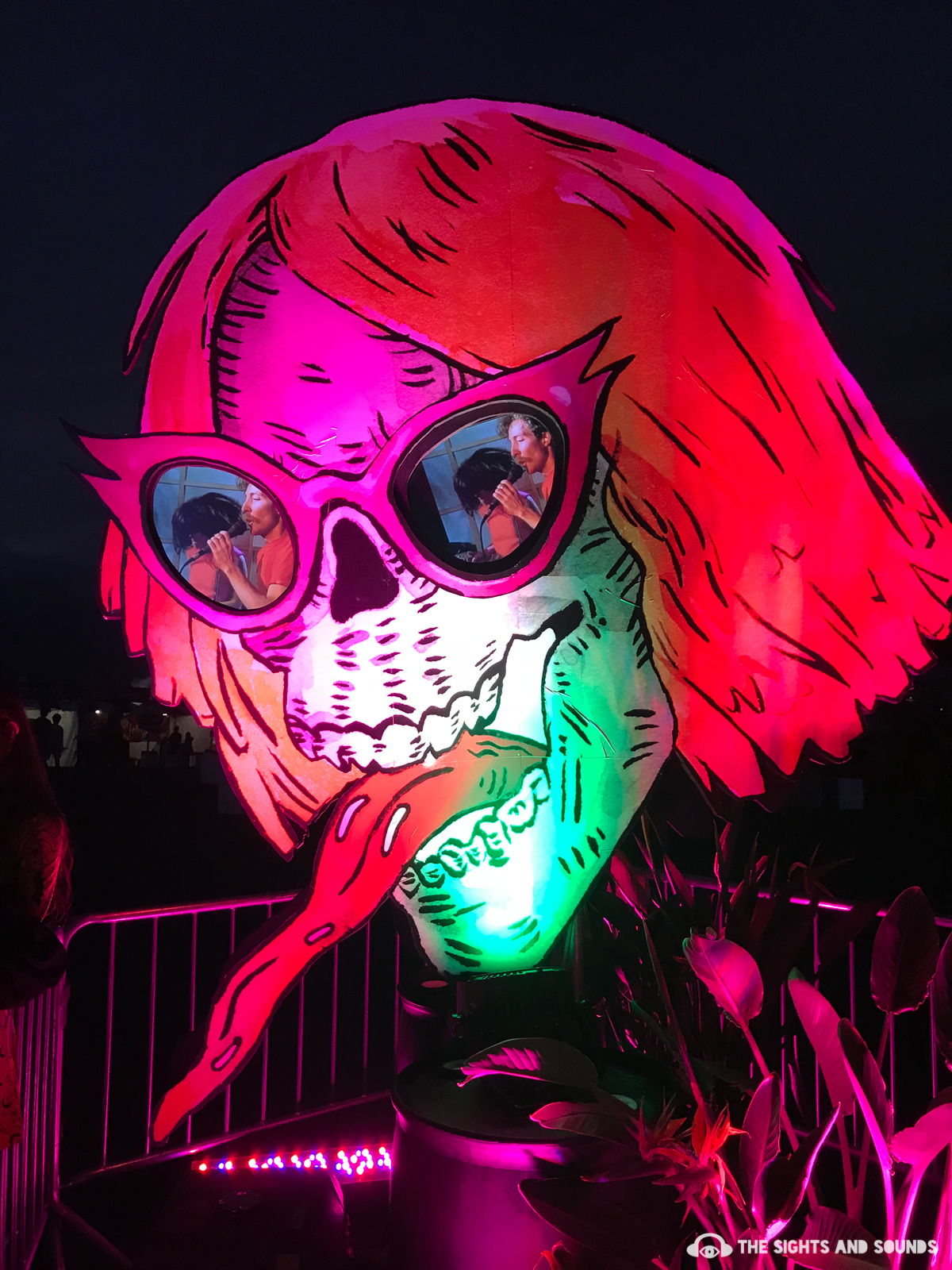 The variety of this festival really made it stand out from the rest. Being able to see top performances of different genres in the same place is hard to pull off, yet it felt cohesive.

Where else could you see Danny Brown, Modest Mouse, Yeah Yeah Yeahs, and The Growlers on a Saturday night?

Oh, and on Sunday, Steel Pulse performed some of their iconic reggae songs followed by The B-52’s, Dan Auerbach of The Black Keys performed his acoustic country rock, then onto Julian Casablancas of The Strokes, Girl Talk, The Butthole Surfers and finally The Growlers. 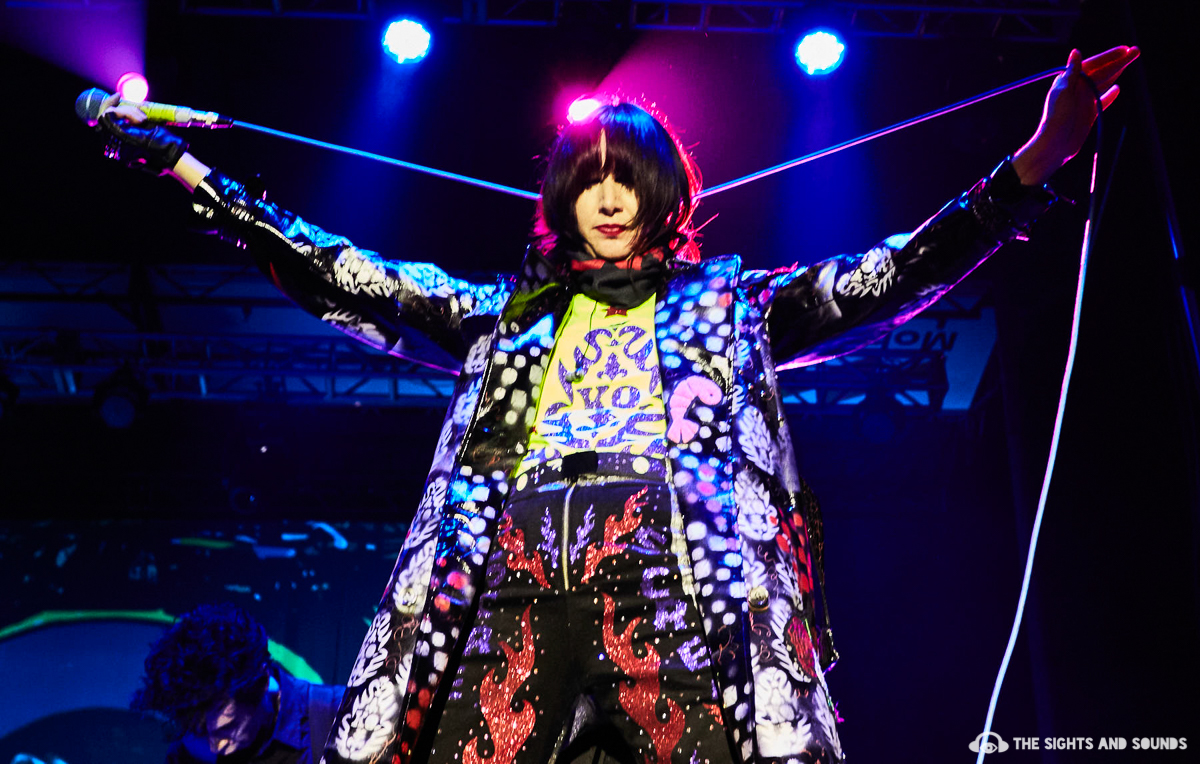 In addition to the impressive list of well known and upcoming acts, there was an assortment of circus games and prizes, shops, blow up characters, chill zones, and a few incredible activations, namely the Wall of Death; a place where the laws of physics are bent.

As you walk into the vintage wooden circus enclosure, you are transported to another era by the newsie hat wearing, motorcycle riding, bad-ass MC. He rides around a vertical wall doing trick after trick, simultaneously shattering your understanding of what is possible.

Time slowed and revealed the rider’s massive grin as the crowd screams with encouragement. 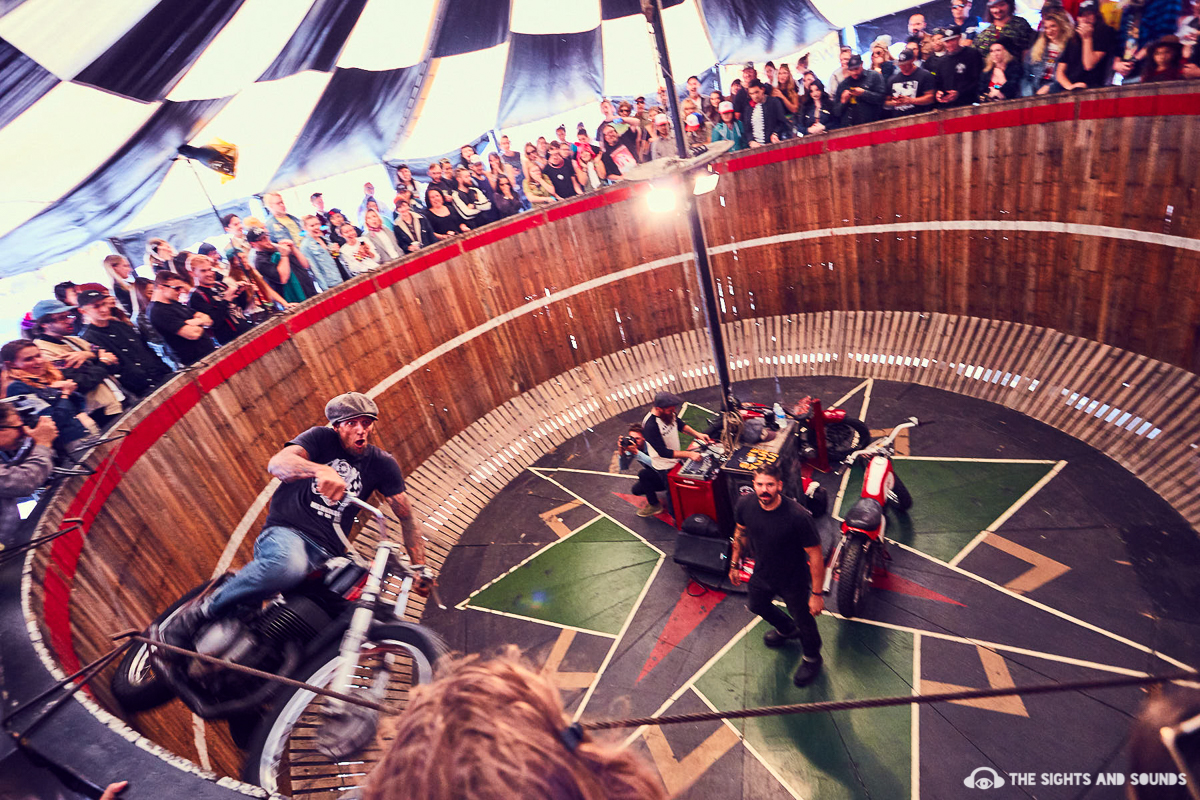 The festival also provided an intimate portal to each act, performers interacting with the audience, band-themed cocktails, really cool merch, instagram-able / interactive band art, and an assortment of food trucks.

I’m sure it will continue to grow in popularity, as it does, not only would I love to see more of the same, I would love a few more activations; mostly a hall of mirrors, maybe even a costume competition with a panel of musicians.

I know what I want to do next Halloween, the only question is, what to wear?

See more photos from The Growlers Six Festival below:

Photos and article by: George Evan