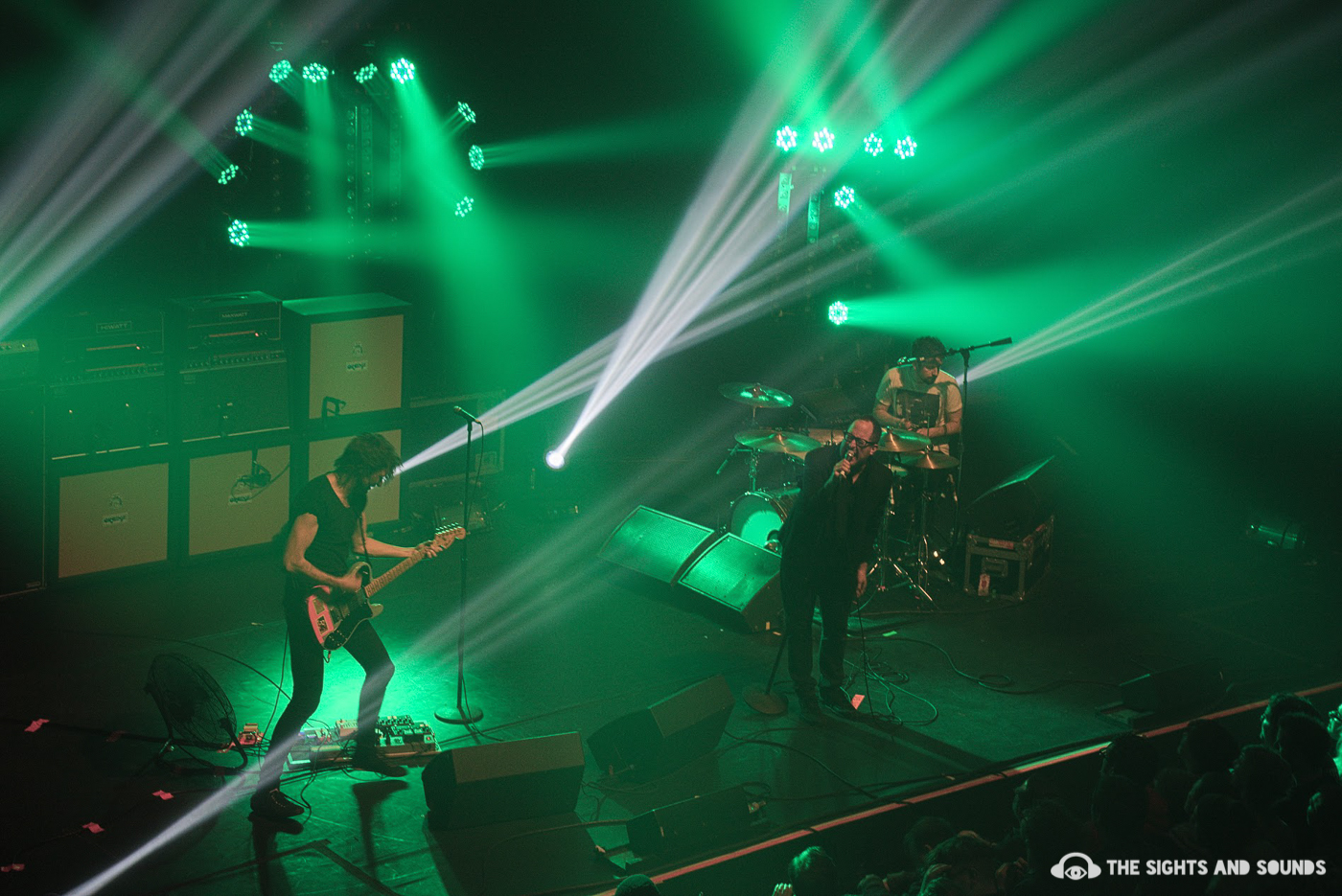 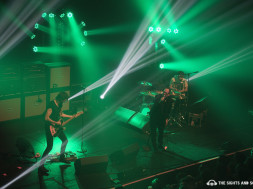 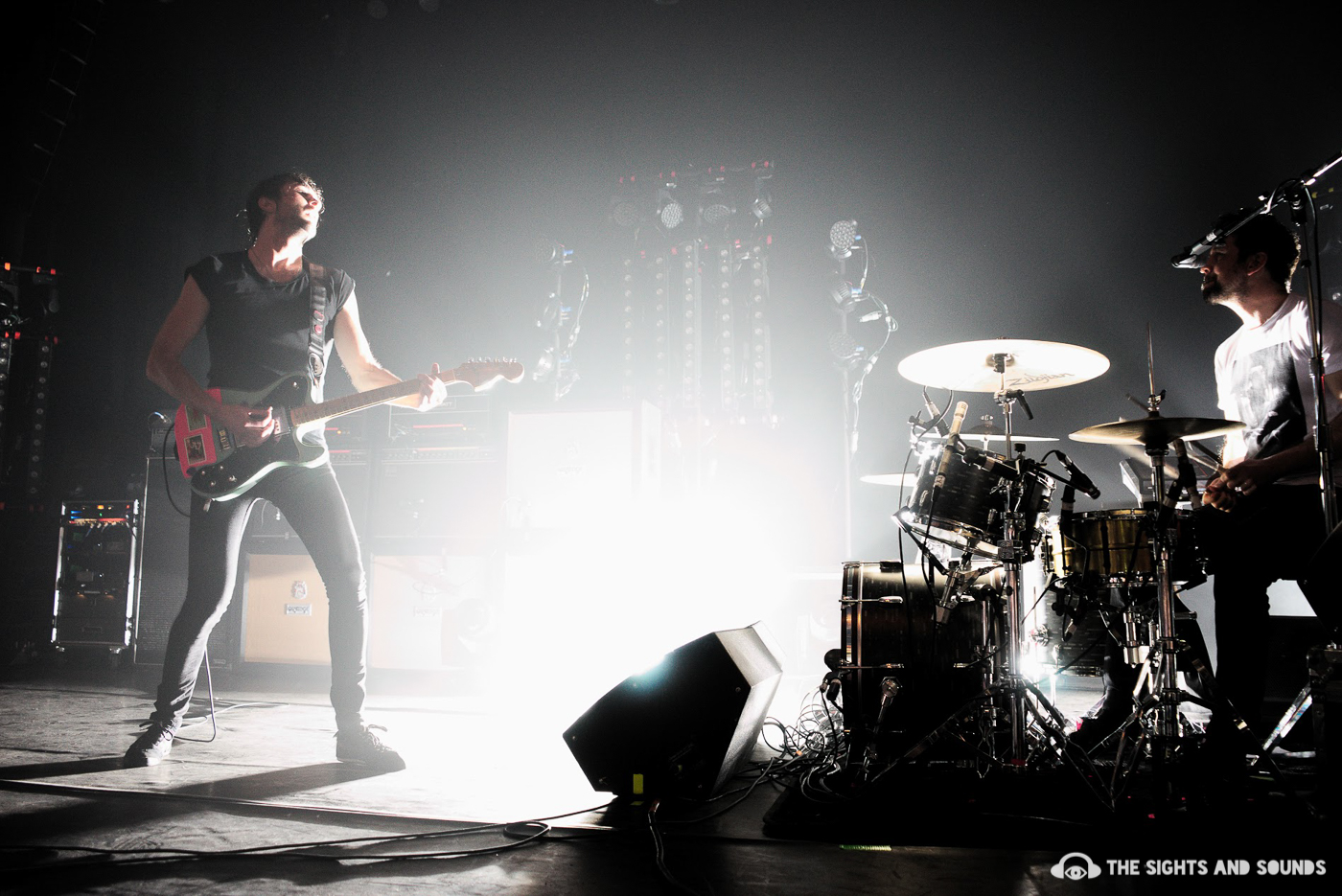 There are moments in my life where I grit my teeth and, as if it was the only move I could make to save my life, I go forth and make that next immediate moment mine. It’s usually something meaningless – like an all-or-nothing yank of the blankets or an exertion in the gym that leaves me taking deep, horrified breaths as I make sure I’m okay – but I make it happen.

I’ve had a few moments where recklessly pursuing something got me somewhere. My coaches said I was quite the entertaining runner: late kicks, loss of form, hair blowing in the wind (that I no longer have). Nowadays, I’m trying to make things happen as vehemently as I was back then and if I can be even more of an ‘almost 31-year-old’ for a second, sometimes it feels like I’m trying to walk through heavier gravity or quicksand, where even a simple step forward – getting a parking pass for my car or going for a run in less-than-pleasant weather – becomes a tiresome pain in the ass where I’ve gotta throw 10x the energy at something should have been or used to be a breeze.

Bring it on, though.

Gotta love proving people wrong, even if it’s yourself: a version or voice, reminding you that naps are awesome. To squash back those doubts and “yell like hell for the heavens” is as euphoric a feeling as one can get and I’d surmise these two musicians from Vancouver, who call themselves Japandroids, battle back the exhaustion and inkling to mail it in since they started over 10 years ago. 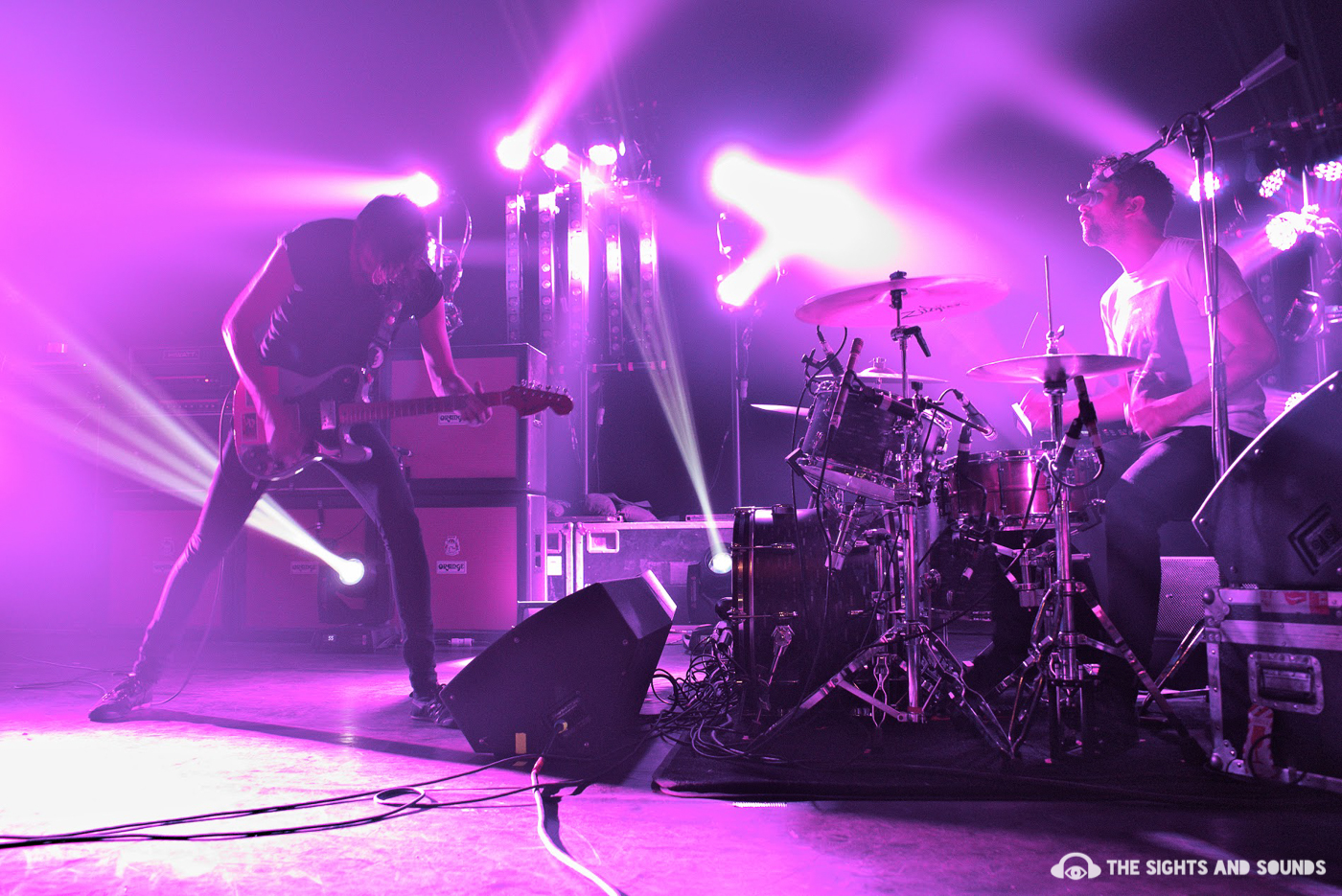 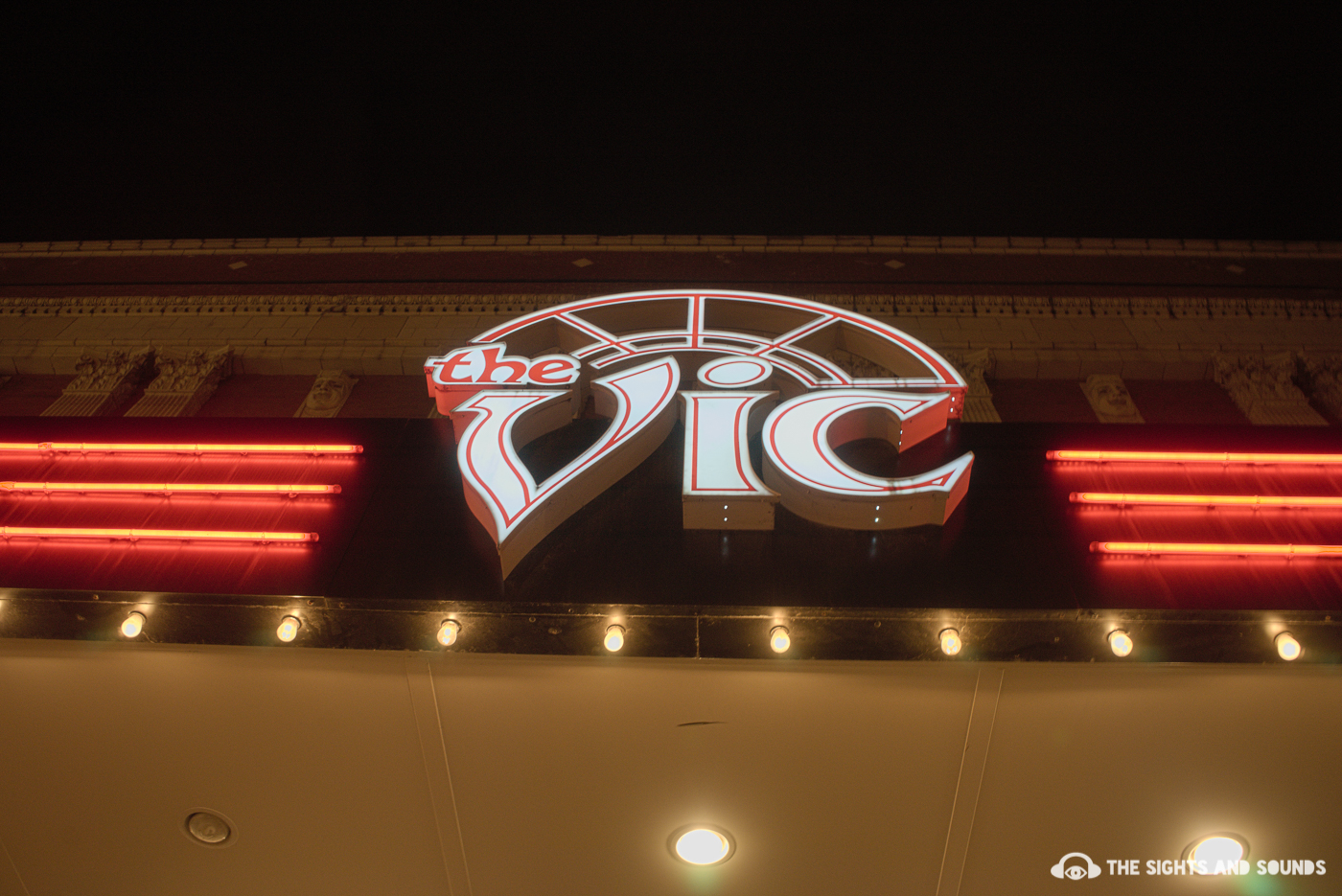 They’ve gotten to this point – Chicago’s Vic Theater, their 3rd stop on a tour that spans 10 countries – with the same stuff that got them started in ’08: There’s only two of them, their portrayal and arrangement is both flawed and flawless, and they’re so loud, even if you’re a die hard fan, there’s probably a moment in the car when you turn it down just a tad.

They play as loud as any band I’ve seen and there’s only two of them. By the end of the show, everyone understands there’s no encore coming and they’re ok with that. David, the band’s drummer, can be seen collecting himself between songs/beers and as the lights go up, Brian, the guitarist, saunters off the stage like he’d just finished a marathon after going out the night before. They’ve both been melodically yelling like desert coyotes and the crowd was note-for-note with them, throughout.

And they’re 24, dude. I was such a rampantly unimpressive young man at 24 that I actually crossed the Costanza-threshold where it was scientifically provable that it wasn’t her, it actually was me. Their stage presence really came through that night as both Brian and David took their time between songs. They had jokes and did crowd work and did what performers do while early sound issues being yelled and solved between Brian and their technician, Eric, who would get a heroic chant later on.

The pair sounded fantastic and although I was stoked just to seem them, it surely could’ve gone undetected by most of those in attendance had the hiccups not been mentioned. Under the notion that “you are your own harshest critic,” the inconsistencies and difficulties infiltrated their vibe. As if their job isn’t hard enough: making rock and roll music in 2017 whilst telling the beautiful, sometimes terrifying truth we’re all flailing for. 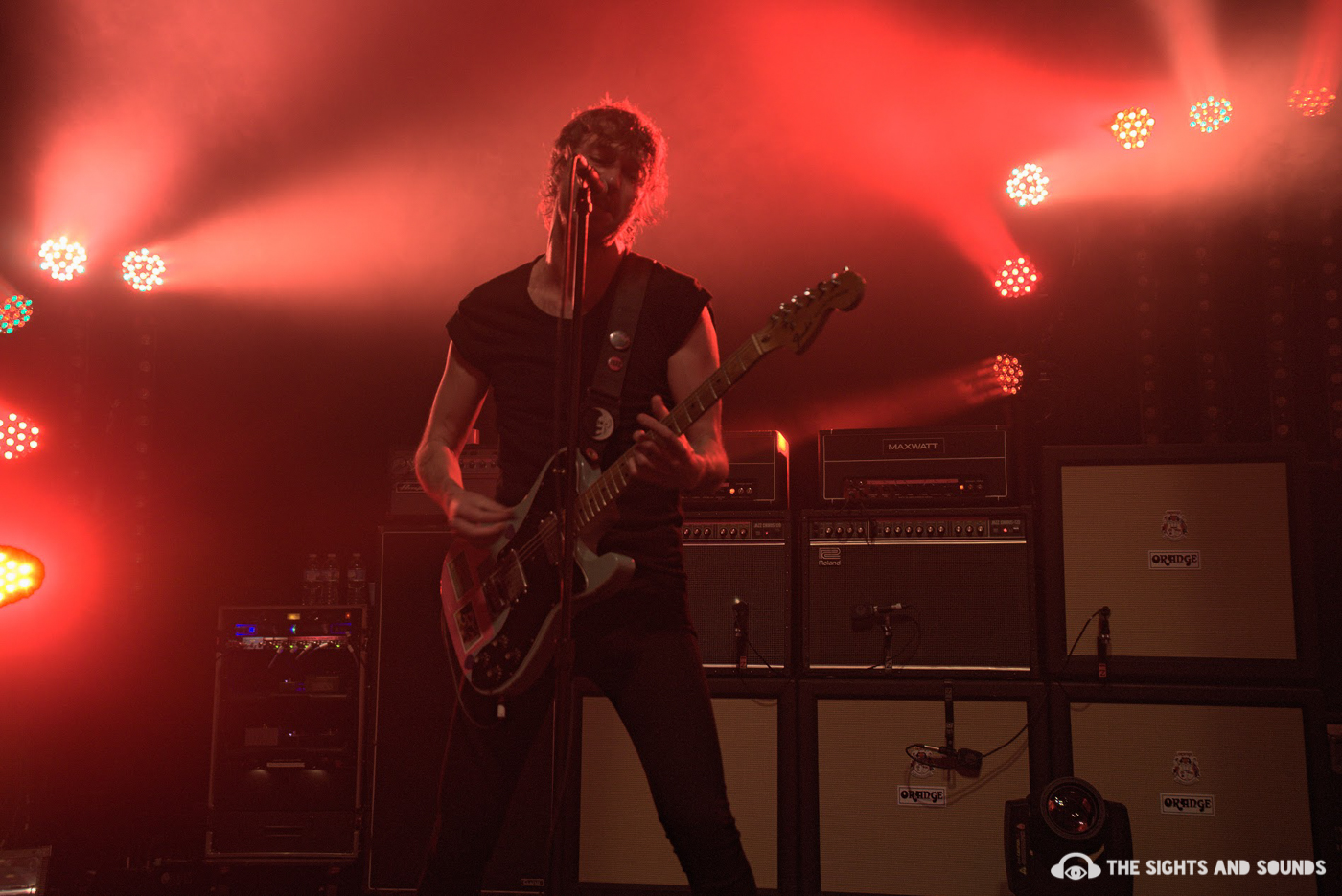 I did a slew of research on these guys prior to the show and dove back into their catalog, too. While distinctly evolving and editing their asses off, their message has been rooted in this tone that I’d describe as “sincere” without garnering any veracity or facts about what they’re Sha-na-na-na-ing about.

Take what was a crowd-favorite last night – No Known Drink or Drug.


——————————-
Cold, kicking the can around town one evening
Streets all abandoned, bars barely breathing
A whirlwind, a woman, and a famous feeling

A slow-burning sermon to have and hold her
But ever since she started sleeping over
Oh, Lord, I’m living like a Holy Roller
——————————- 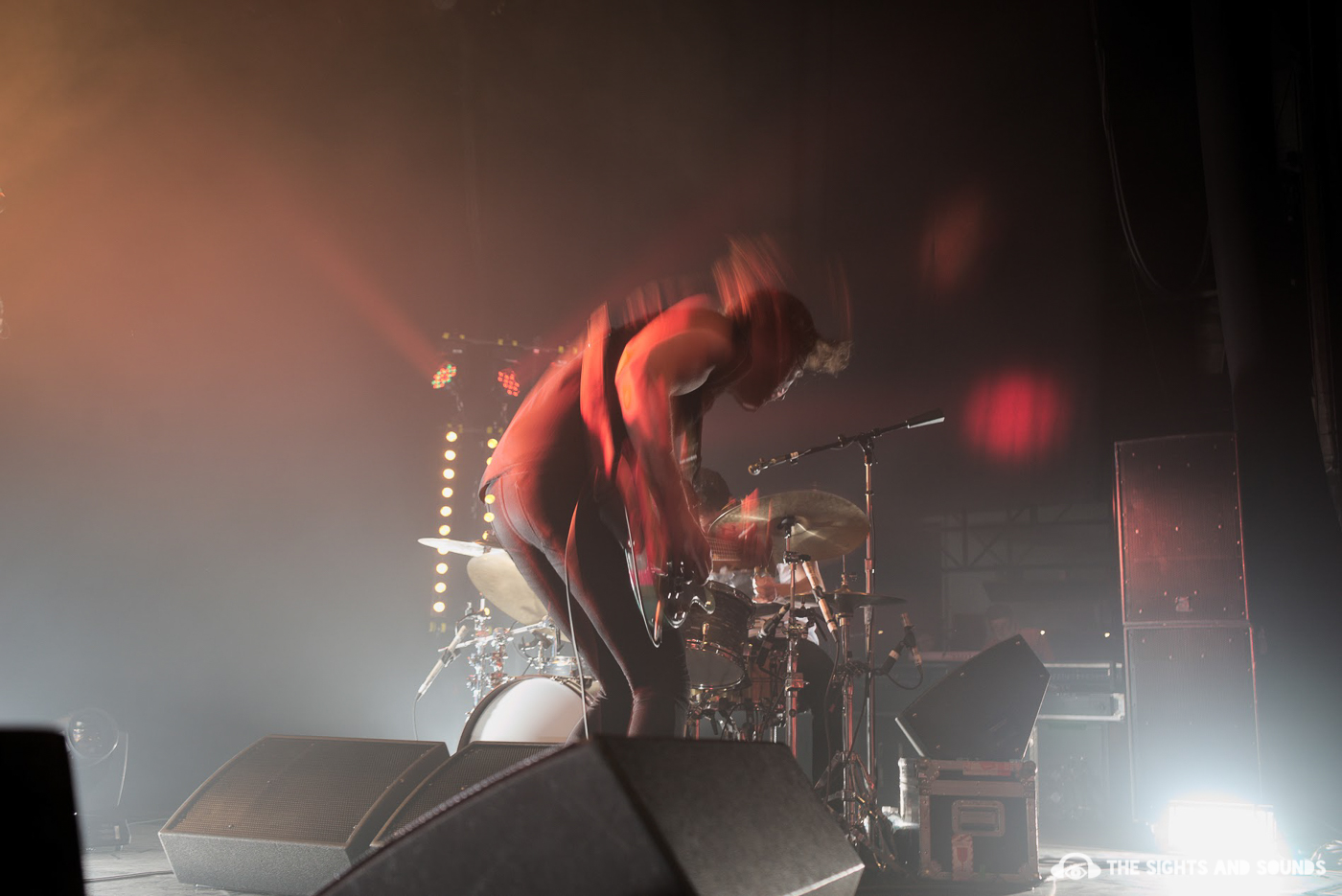 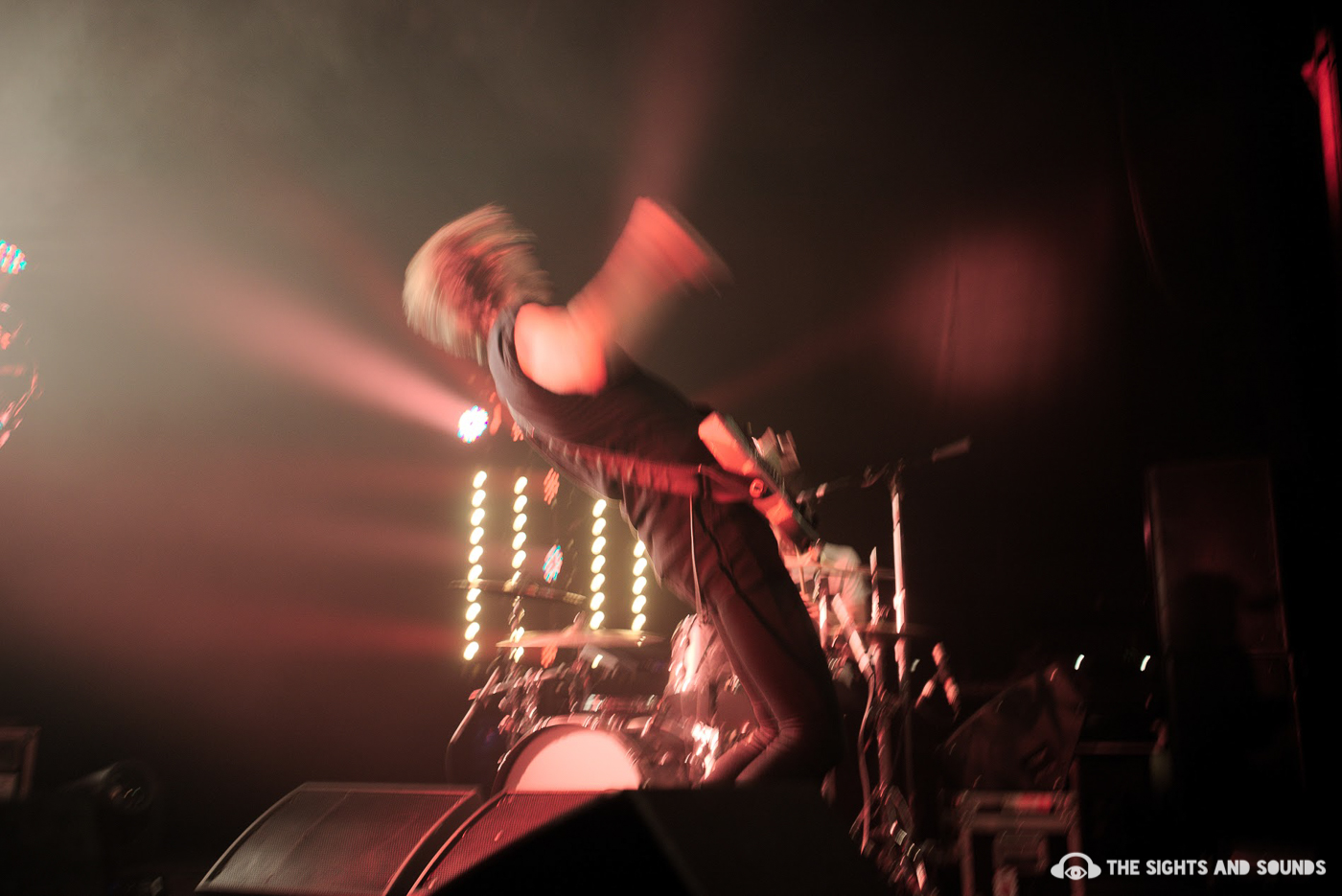 Yeah, it’s a rock song about a girl. Big deal.

Here’s the thing: nobody talks like that anymore, especially not in music. Do you talk like that? I don’t and I’m sitting here trying like hell to think of words to type.

I’ve been inspired countless times by music. In different ways by the same thing at different moments or at the same time, any way you can cut it, it cuts deep and I won’t say it’s a rarity, but to come across music that is lyrically jarring is a fantastic find. I still don’t know what Radiohead’s saying, electronic music barely has a tweet’s worth of words and the window for subtlety is closing by the meme in every other genre, and the ways that Japandroids’ lyrics resonate are in a way I can only liken to the times I’ve heard Neil DeGrasse Tyson speak.

One resource for their wealth of knowledge and Aristotelian point of view is James Joyce. Dude wrote all sorts of iconic literature and the one that’s got the Japandroids’ Seal of Approval is A Portrait of the Artist as a Young Man – a book that follows characters while pivoting on the grandiose, such as growing into one’s mind and manifesting a future and realizing eternity and how breathtaking life is and all that Terrance Malik stuff. It’s a great read if you can move cleanly through the antiquated lingo and it lends itself to actually doing what we all smash likes and hearts for: providing sincere inspiration.

‘Near to the Wild Heart of Life’ is both an excerpt from the book and the title of their newest album and to be as close to feeling free or gleeful or unleashed as one can is one of those truths that is both common and unique. Each person feels that primal sense in their own way and it sure as hell manifests itself. Japandroids shows are interesting case studies: one part is on their feet and feeling it, the other is sedentary but paying “talk to me later” attention to the two of them on stage. Theaters become high school gymnasiums with booming chants and eruptions with yips and screams. As their finale, Craig Finn, who’s dropping his second solo album in between being the front man for The Hold Steady, came out to the edge of the stage and brought the night to a thunderous close and until the very end, things had a Jock Jams vibe.

The pursuit of positivity is something that’s omnipresent these days. Everyone’s faking it till they’ve made it and then some, which is all good: Ignorance is bliss and if you’re having fun, as long as you’re not being a dick, I’m all for it.

Which brings me back to Japandroids on The Vic Theater stage: their vibe was maybe bendable, but never breakable. These guys really like playing their songs and amongst the grimaces and teeth-gnashing, they’re having a good time.

If you don’t buy into what they are saying because you’re a jaded know-a-lot or don’t dig cliché-laden prose ‘cuz you never got over getting dumped, you’ve at least raise your glass for the puddle on the floor these guys leave behind. No wonder they’re skinny dudes: everything’s sweated out and sprayed off-stage and there’s nothing that speaks more to “I’m playing as hard as I can” as revealing after a song you broke a string. #anotherone

It happened during their revisit to “I Quit Girls”, a slow-churning song from their first album that lets everyone freely lean back on a memory they almost wish they didn’t have and I couldn’t tell Brian snapped a string. One more thing that went wrong for them on stage but didn’t deter their pursuit to play. 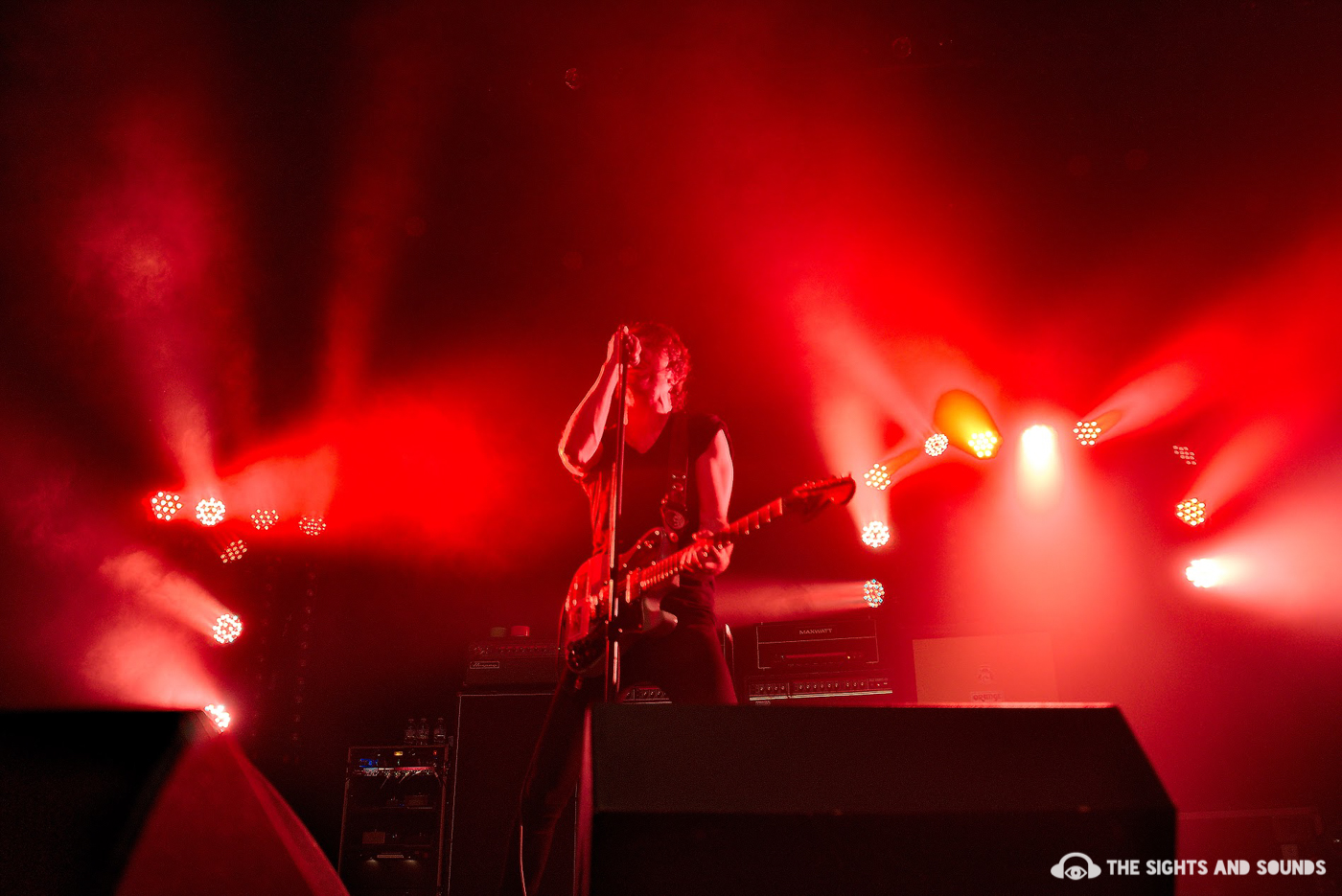 I retreated to the upper deck after being in the pit early on and the serenity up there was fun to observe. There’s this blood-letting honesty and chaos going on down there and when seen from a vantage point, it feels like watching a bathtub drain: there’s all of the tornadic movement and noise but it’s serene in a way. The lights are fluttering wildly and the music is unconscionably loud and everyone’s wide-eyed and still, possibly to take it all in because they’ll be able to say “I saw them when…”

Japandroids are one of those bands, now. I’m sure it must be a bit exasperating to be heralded as “wise beyond their years” or something to that effect, but one thing I don’t think anybody ever gets tired of is true praise for their art and to tap into what they’ve hit, I’ve never been happier to have been witness to a band’s ascension and pursuit.

There’s a bravery to their openness that I admire. Their songs are brimming with melancholy and bewilderment. They truly do play each show like it’s their last, even if they have to trudge through it, and with the hooks and harmonies that have helped create songs that could certainly live forever, here’s to the momentum and hoping I always get up in the morning hoping to be nearer to the wild heart of life. 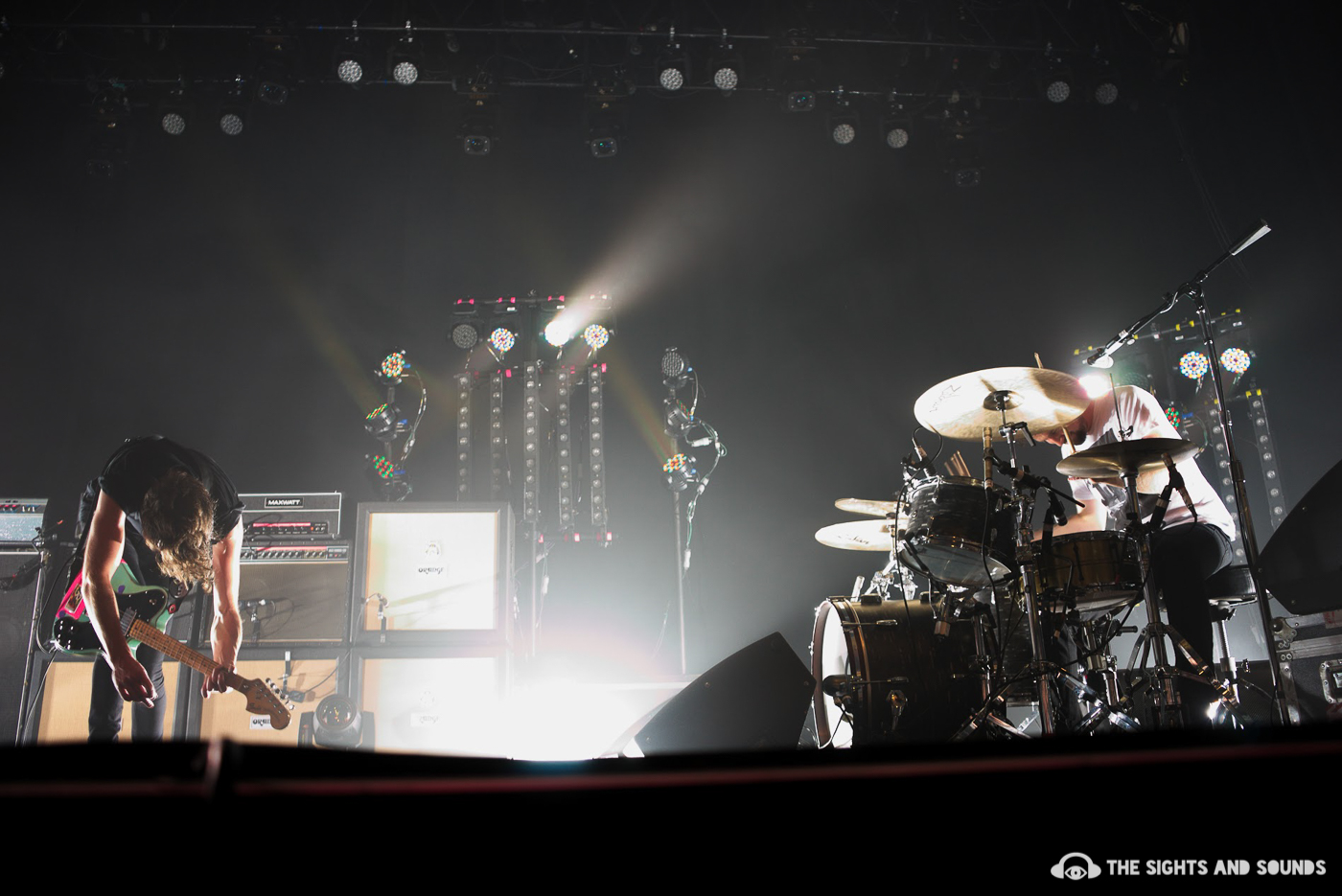 0
2   0
previous [FEST NEWS] Headliners Announced for 2017 Pitchfork Music Festival
next [365 DAYS OF REHAB POP] DAY 5: Molly Nilsson - Not Today Satan + Katy Perry- This Is How We Do (Jonty Kennedy Remix)