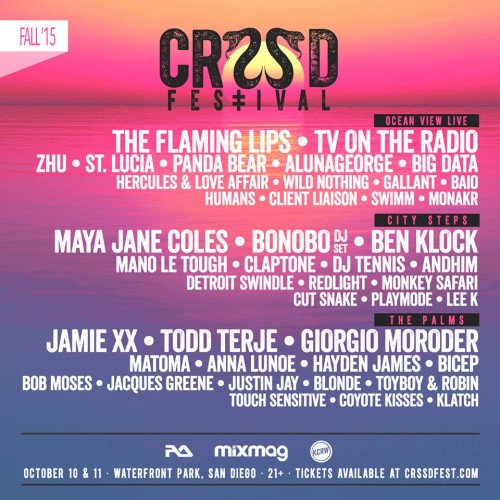 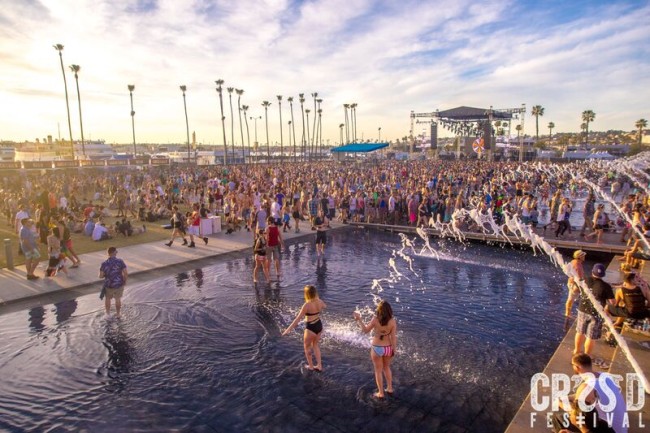 Festival season extends well past August here in golden Southern California, and the hardest decision you’ll have is which events to attend.  Although CRSSD Festival is only on its second installment, it stands out among the cluster of kandi raves, desert burner parties and scrubby camping festivals as the chic, forward-thinking older sibling.  The fall edition of the two day festival is returning to San Diego’s Waterfront Park on October 10th & 11th, bringing with it a slightly different musical taste with the same impeccable atmosphere as its inaugural event.

The event features headliners include iconic alternative rock band The Flaming Lips, the mysterious aura of ZHU (who may be debuting work from a hush-hush new project), Jamie XX, Giorgio Moroder, techno superwoman Maya Jane Coles and feel-good producer Bonobo.  After a heavily techno-influenced lineup in March, the masterminds behind CRSSD—Goldenvoice, LED, and FNGRS CRSSD—decided to keep things fresh with a more eclectic roster this time around.

The festival caters to authentic music-heads of several different genres while still keeping true to its mantra of being avant-garde and full of good vibes.  The diverse lineup coupled with some of San Diego’s finest craft brews, cocktails, and gourmet food should undoubtedly make CRSSD your go-to event of the fall.