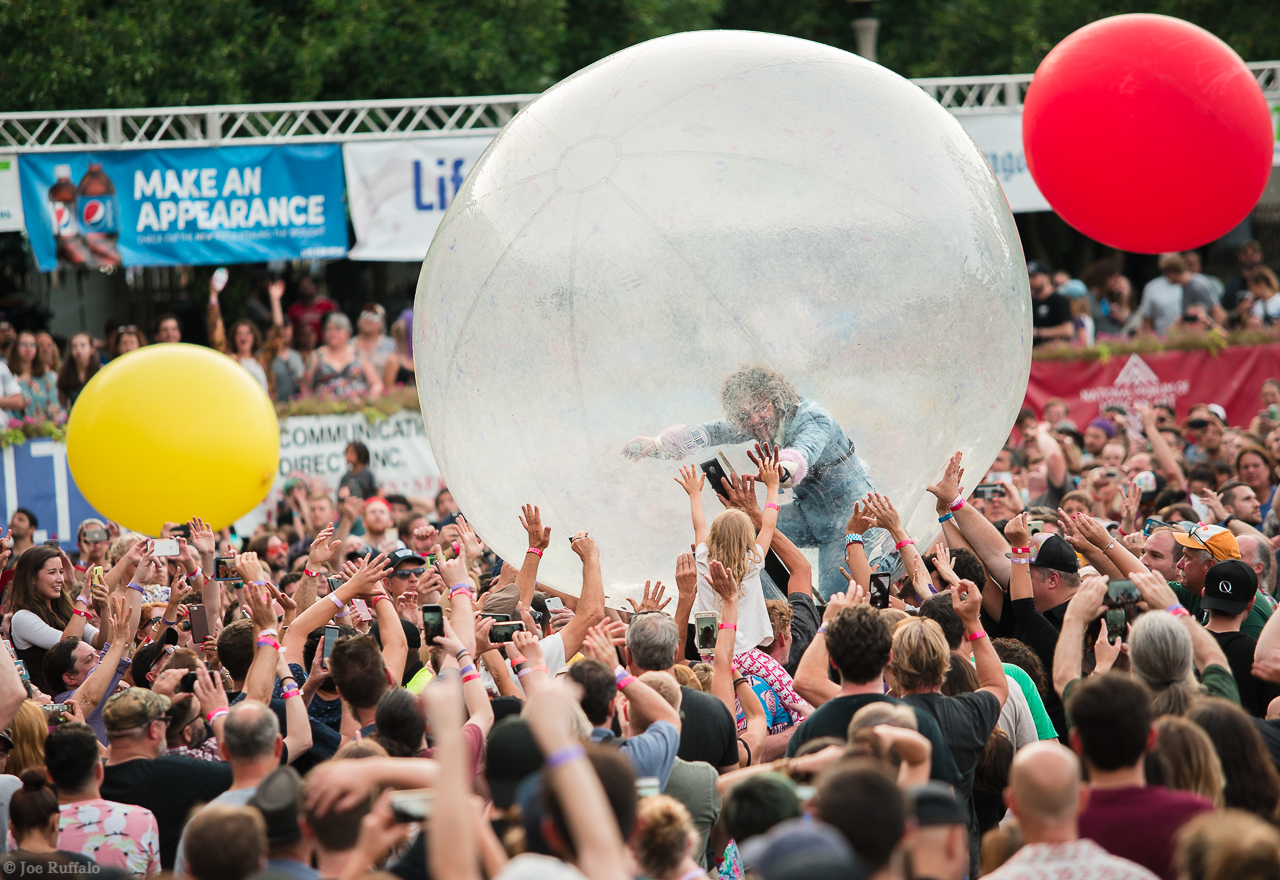 And just like that, another year of Taste of Chicago is in the books.

From July 11th-15th, foodies from all over the globe flocked to Grant Park to sink their teeth into culinary works from over 60 local food vendors.

The Taste has consistently garnered positive reception for being the world’s largest food festival; while it predominantly serves as a showcase for the city’s expansive cuisine, its emergence as one of Chicago’s best music fests has become increasingly evident.

Covering the Taste’s music for the third consecutive year, I can safely say that 2018 was in a league of its own.

The weekend kicked off with the reunion of two legendary hip-hop emcees.

Performing songs from their critically – acclaimed (and only) album, “Mos Def & Talib Kweli Are Black Star“, both members also included fan favorites from each of their solo careers.

The pair even paid homage to the Windy City by playing a snippet of late Chicago writer Gil Scott – Heron‘s song (and one of my personal favorites), Almost Lost Detroit.

The duo had previously sampled the track for their own song, Brown Skin Lady, which made an appearance during the set.

What once seemed to be out of the realm of possibility turned into a dream come true for many die hard hip hop fans at Petrillo Music Shell on Friday night. Black Star made quite the impression, taking goers down memory lane, and serving as the perfect beginning to an unforgettable weekend.

With The Flaming Lips set to take the stage for a headlining performance on Saturday evening, mediocre weather loomed over Chicagoland.

Thankfully, storm fronts held off long enough to allow the band to deliver, what I consider, the most interesting performance of the weekend. The Lips’ set included various props, such as inflatable mushrooms, eyeballs, mouths, rainbows, balloons, and even a giant robot, which made an appearance during their rendition of Yoshimi Battles the Pink Robots Part 1.

At one point, Wayne Coyne, the often eccentric frontman of the band, even galavanted amongst the crowd on a brightly colored unicorn statue, which had wheels and was covered in lights.

As the band broke into their cover of David Bowie’s Space Oddity, Wayne enclosed himself in an inflatable bubble and stepped out, singing atop an ecstatic crowd.

With a set that also included iconic tracks such as Do You Realize??, She Don’t Use Jelly, and The W.A.N.D., The Flaming Lips delivered a performance unlike anything I’ve ever seen before.

Despite their quirks, the group’s overall message was positive, as they exercised the sincere importance of love in a world often plagued with hate.

The weekend concluded with a farewell performance from a living music legend.

On Sunday, The Mothership landed in Chicago for most likely the final time. With a career spanning nearly six decades, George Clinton announced earlier this year that he would be retiring from touring at the beginning of 2019. If this was in fact Clinton’s final Chicago performance, the 77-year old surely went out with a bang.

The group powered through timeless tracks, such as Atomic Dog, (Not Just) Knee Deep, Flashlight, and Give Up The Funk (Tear The Roof Off The Sucker).

This was not only my second time seeing George and P-Funk live, but also my second opportunity photographing them. Knowing it would most likely be my last, I made sure to appreciate every part of their mind-blowing performance.

With each passing year, Taste of Chicago continues raising the bar.

Seeing how the lineups have evolved and improved in a span of only three years gives me hope for what the future holds. The fact that admission to such great performances remains free allows those who aren’t able to afford the cost of tickets an opportunity to see their favorite artists, and continue to create memories they’ll hold forever.

The city of Chicago for goes above and beyond to incorporate a diverse yet appealing list of artists each year, solidifying the Taste as a premier summer highlight.