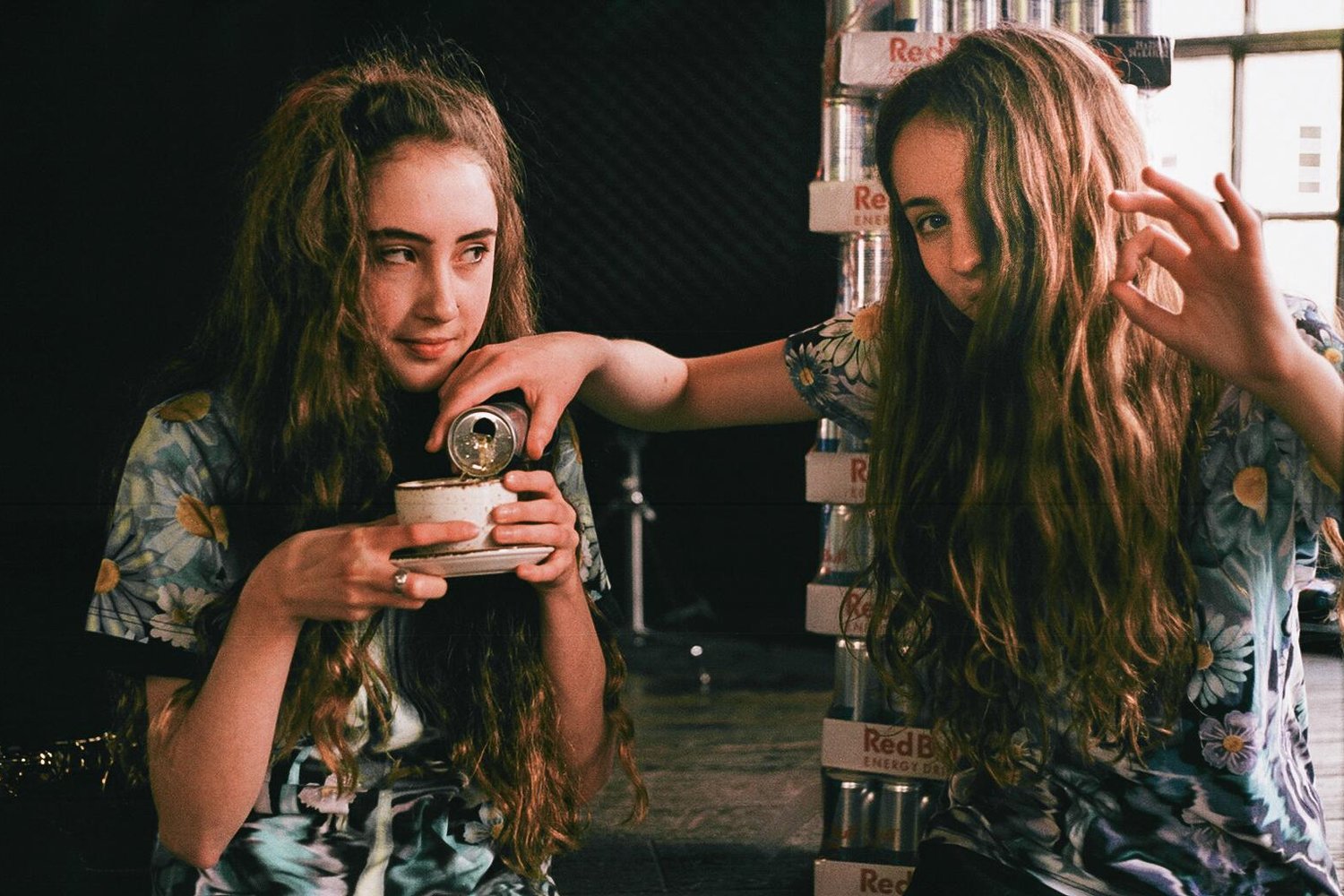 The name is correct

British teenagers Rosa Walton and Jenny Hollingworth said they chose the controversial moniker because of the humorous comma placement error that drastically changes the meaning of “lets eat, grandma.”

By now they must be sick of their band name being the focal point of discussion around their music (their age is also hard to not bring up), but their second full release ‘I’m All Ears” is destined to bring the jaw-dropping production and mature songwriting into the limelight.

Singles “Hot Pink” and “Falling Into Me” sit high on the first half of the record, the former featuring production from the experimental pop musician SOPHIE. In typical SOPHIE fashion, the song is a high-urgency banger.

“Is it mine, is it?” Their voices deliver a demanding anger when it matters, fueling a chorus that’s as spastic as it is catchy.

“Falling Into Me” is a standout that balances their knack for patient songwriting and their ability to release tension out of nowhere. It’s a drop into a glitchy, cowbell groove party with a layer of melancholy as the girls assure, “You, me, this, now wherever we go is the best place.”

“I’m All Ears” takes a dozen risks in it’s 51 minute runtime and most of them pay off; it’s easy to admire such brave artistic decision-making from musicians with only one other release under their belt.

Two long-form songs beef up the backend of the tracklist, transitioning from refined synth pop to high-stakes hail marys.

“Cool and Collected” eases into it’s nine minute stretch with relatable lyricism centered around young love. An attempt to remain distant despite having strong feelings for another is a sad chore, and it provides Walton and Hollingworth an opportunity to showcase more poetic prowess and vocal intensity.

“And we’re gonna find out somehow… How to be cool and collected. I wanna be bold and unaffected.”

The bone-chilling refrain is powerful, but this one ultimately overstays its welcome. What was once a swelling, deep atmospheric build-up fizzles out, and around the seven minute mark it’s hard not to check when it’ll be ending.

“Donnie Darko” closes out the album with an 11 minute runtime and holds a much more rewarding payoff. It’s an art-pop magnum opus that veers from a delicate guitar intro into a head-bobbing synthy earworm, taking its sweet time before they grace the track with their increasingly volatile vocal delivery that makes it seem like they stepped into the booth right after getting some bad news.

Let’s Eat Grandma seamlessly blends everything that’s fresh and exciting in 2018 indie pop into a creative whirlwind that mixes bubblegum, ballads, experimentation, and a variety of production and influence from across the decades.

Watch as this surprise hit makes its its way to the top of the 2018 list season. It’s captivating from beginning to end.

Let’s Eat Grandma will be at the Empty Bottle in Chicago on September 6th.