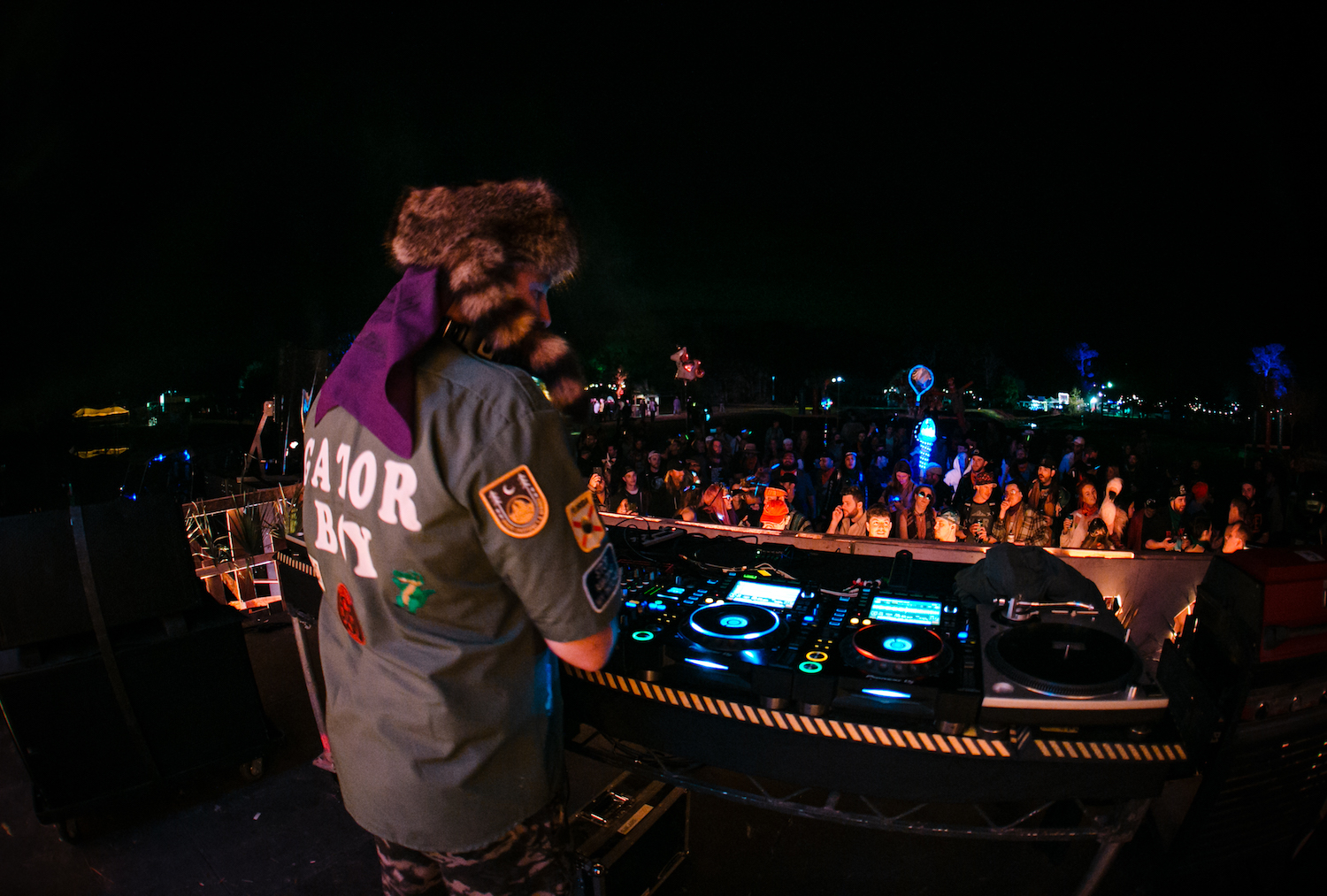 Fear and loathing in Forever, Florida.

Or so it seemed it would be at 3 PM on Friday afternoon. The uber dropped our crew off at the side of the road. “The gates are closed, we’ve been told not to let anyone in” a security attendant tells us. What could such a blockage be attributed to? “Check social media” we’re told. As is common practice in 2018, we frantically scroll on twitter to see if there are any updates, after a few minutes we catch an update from the festival: “After a series of noise complaints last night, we have been told to close the gates and no one is being allowed in until further notice. We are working with the local officials to try and resolve the issue.”

It seems the entire trip has been shot, or so we thought. As we stared at the all powerful device that is, we had absolutely no clue whether or not this event was going down or not, and, apparently, neither did the organizers. Were we going to let a rogue farmer ruin our good times, though? Hell no! (No shade to farmers, either.)

After slugging more than a few shots of walmart liquor outside the gates with some newfound friends, we received an update that the festival was officially letting attendees into the gates again. Hooray! Or so it seemed… As we drove via stranger into the festival grounds, the jungle-esque nature of the setting became entirely apparent. After all, Forever, Florida is, quite literally, situated within the lush Everglades.

The scene inside the festival was one of resilience, although it seemed like delusion to me. Such is the case with wide eyed festival goers looking to get down, I suppose. Each and every attendee acted like the festival hadn’t practically been cancelled. There were beat boxing competitions, stand up comedy and a plethora of other radical impromptu activities. The spirit hadn’t been crushed. Rather, its almost as if the cancellation fueled attendees desire to steep into the bizarre.

A surprising turn of events

We were greeted the next morning by a surprising turn of events: the festival was back on. “At the 11th hour, Dirtybird Campout East reached out to Leslie Jose Zigel” says an official press statement regarding the cancelation, and subsequent re-securing of the festival’s permit, “who together with his partner Joe Geller of Greenspoon Marder persuaded County officials to agree to a compromise in reducing the hours and decibel level of the music to allow the festival to go on, while being sensitive to the local community noise complaints.”

It was a fucking christmas miracle.

The music is back! After a long, sleepless night, during which no stone was left unturned, the music will be on today! Thanks to the officials of Osceola County for working with us to get this resolved, and to our campers who've kept the vibes high. Scheduling updates to follow pic.twitter.com/hTT1winZMf

Throughout the rest of the weekend, attendees were graced by a variety of surprises. Walker & Royce playing b2b with Claude Vonstroke himself, DJ Tennis throwing down at 2PM in the afternoon, a back to back drum n’ bass throwdown from Justin Martin and DJ Tree (Claude Vonstroke’s 1990s DNB moniker).

The rest of the weekend was one of the most energizing, galvanizing and engaging experiences attendees could have hoped for. If a comeback story is something you wanted, you certainly got one at the Dirtybird Campout East. Dirtybird’s resilience through the cancellation and permit issues not only highlight their resilience and resolve as a collective, but their fans eager attitudes amid all of this chaos proves that Dirtybird is a tight knit network of movers and groovers that simply won’t stop. Even if the permit is pulled.