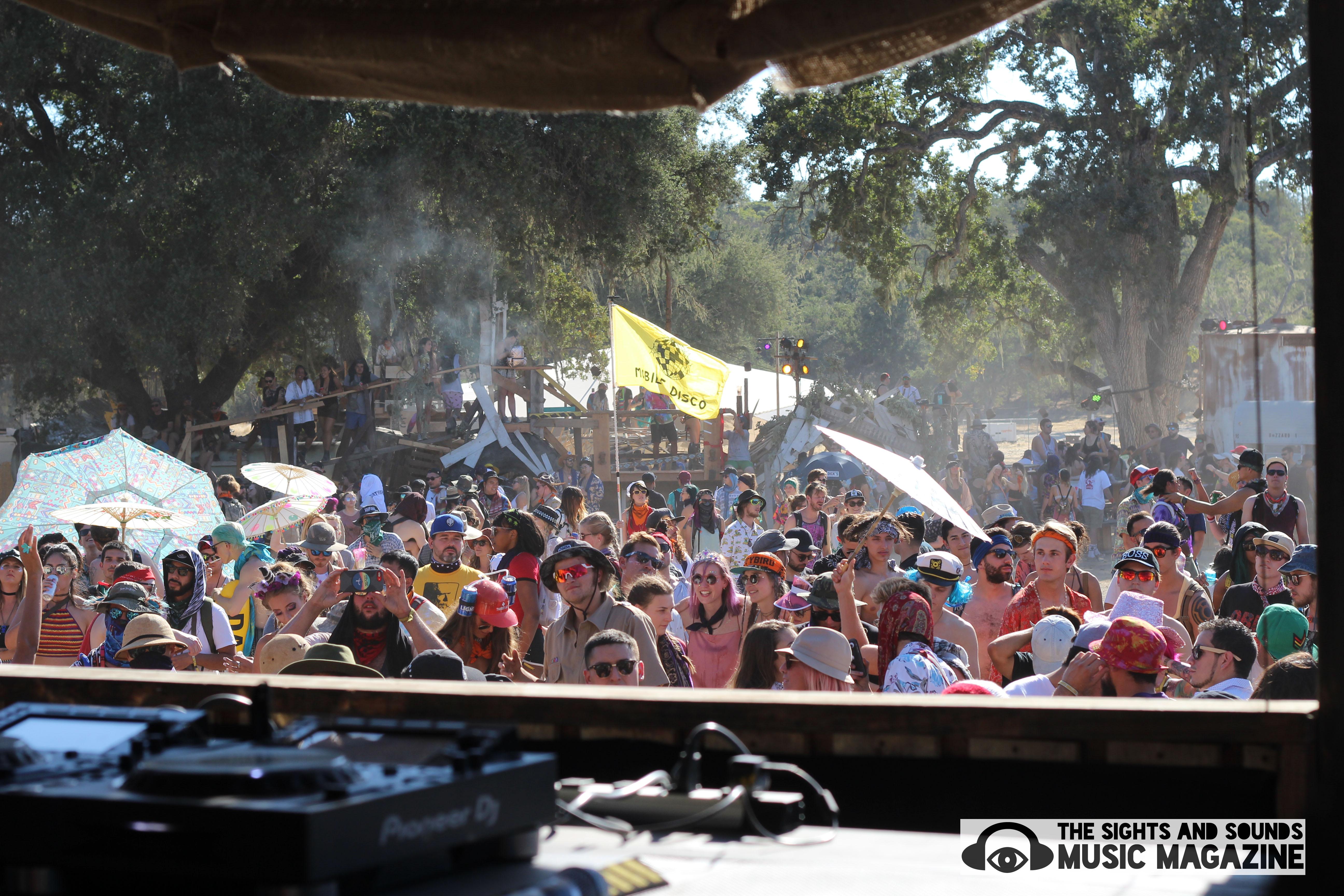 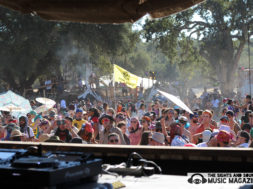 It’s important to put in effort towards channeling your inner youth every now and then. Being able to let loose and have some harmless fun is beneficial to the mind, body and soul. Dirtybird Campout 2017 spread vigorous vibes and gave music lovers the opportunity to frolic like kids again— all the while jamming to unparalleled live tech house and bass music. 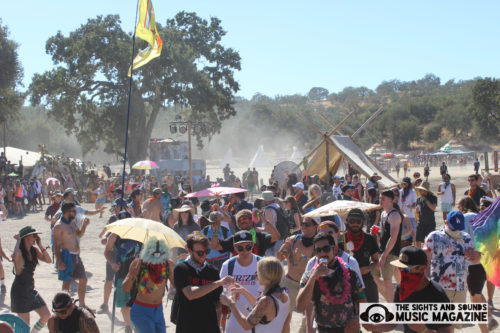 On the weekend’s lineup were many Dirtybird veteran performers including Claude Vonstroke, Eats Everything, and Shiba San. Artists who aren’t signed to the label made their mark on the festival as well; like Bleep Bloop, Araabmuzik, and Mija’s FK A Genre.

Some of the musical highlights of my personal campout experience were when Justin Martin casted his typical euphonic spell at the chilly Birdhouse stage late Saturday night and witnessing the dust clouds that the dance floor kicked up as Sacha Robotti brought the heat on Sunday. DJ Funk’s upbeat club mix stuck out to me, as well as getting to witness the impressive live talent of teenage duo, Tennyson. The Sights and Sounds had the opportunity to catch up with Lauren Lane, who set the bar high being one of the first artists to perform on Friday. 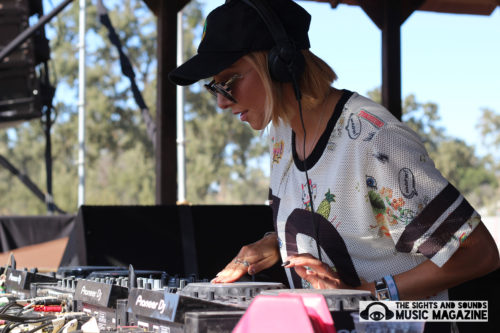 Dirtybird closed out this year’s festival season with a banger and sent smiling faces home with handfuls of new stories to tell. The artists and fanbase managed to pull off a third incredible weekend of dust, dancing, and summer camp-themed activities. The festival’s new location this year, Lake San Antonio, provided a massive campsite covered in greenery. It felt like a miniature nature hike to-and-from the tents and stages, which was grounding and helped build daily positive energy.

Festival goers got the most out of the weekend by indulging themselves in the many interactive opportunities outside of the musical performances.

Campers were encouraged to find “Games Headquarters” located at the heart of the festival to be split up into randomly chosen color-coded teams. For all three sweaty days, the four teams battled against each other in classic childhood camp games. Tug-of-war, a potato sack race, dodgeball and a water balloon toss were planned by enthusiastic Campout volunteers. Participating in such activities was the perfect opportunity to meet new friends and make memories with old while embracing the competitive side of your heart; ’cause hey, what’s more rewarding than bragging rights.

When the weekend came to a close, the Orange Team ended up taking home the Iron Egg award for most activities won. 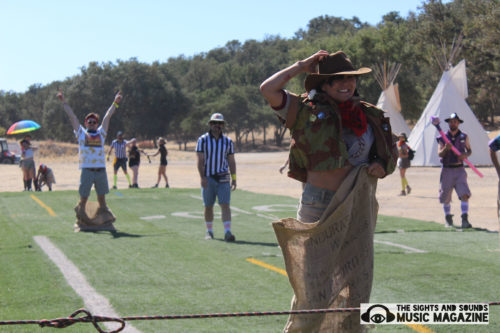 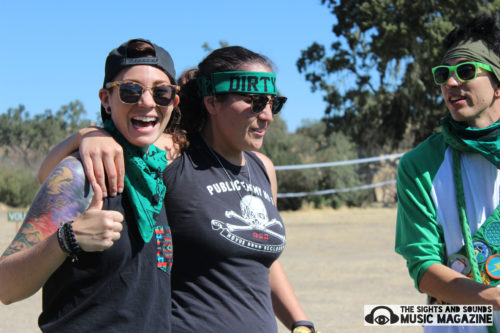 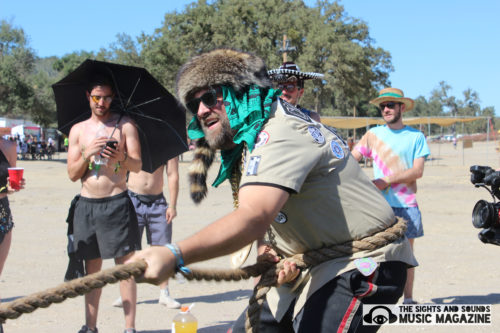 For those who find it hard to push their physical boundaries in athletic games, Campout presented many exhibitions and talent contests. One of my personal favorites to catch a glimpse of was the “Lap Dance For Your Life” competition.

The Conservation Ambassadors is an animal rescue sanctuary in nearby town Paso Robles, CA. The organization saves any displaced, abused, abandoned or permanently injured wild and exotic animals of all kinds. They have an outreach program called Zoo To You, which exhibits a select few of their animal collection to local audiences. Zoo To You made quite the legendary appearance over the Dirtybird weekend. The exhibition got a good laugh out of the dozens who gathered at the Bunk House stage to experience the crocodile, lemur, vulture and others that came to say hello. 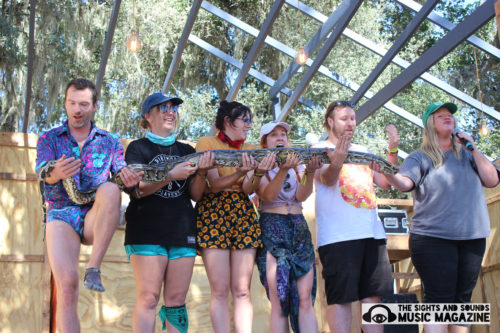 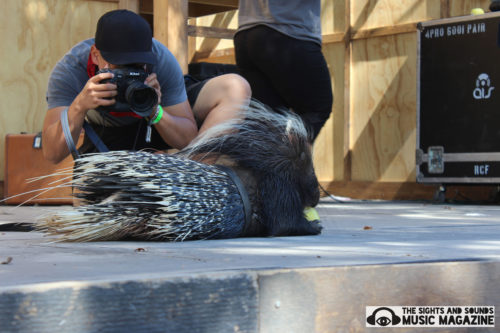 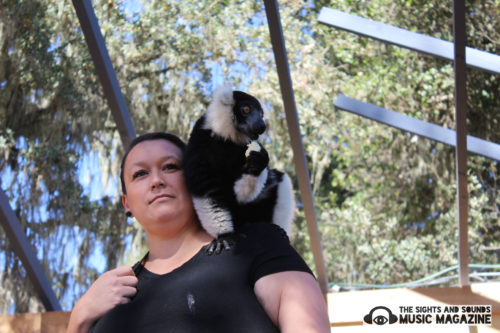 It was hard to say goodbye to the festival when all was said and done. I wasn’t ready to head back into reality and check the dozens of emails that were waiting for me in my inbox. This was the type of weekend that I wished could have lasted forever. It was the type of sprightly fun that made waking up in dirt bearable.

Following this past weekend, Dirtybird announced that in February 2018 the camp counselors will be putting on the first-ever East Coast Campout. More details on the event to come. 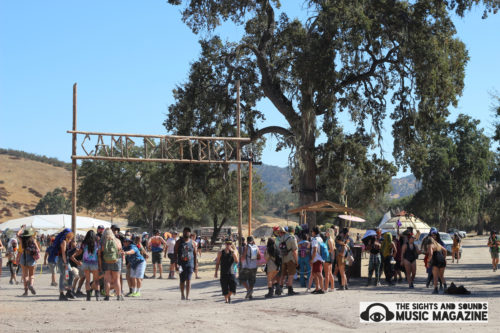 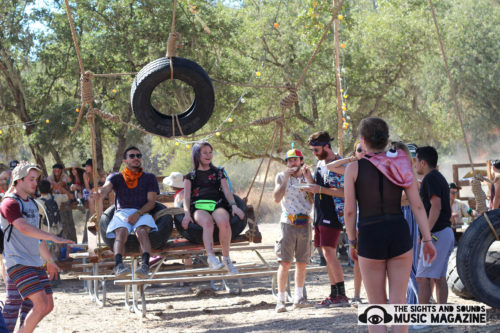 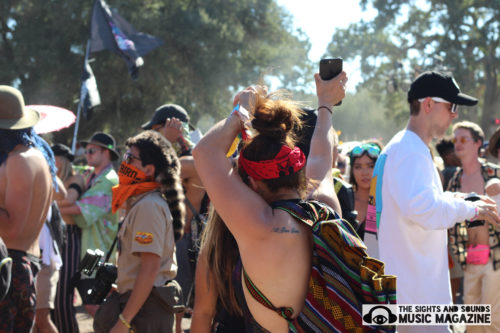 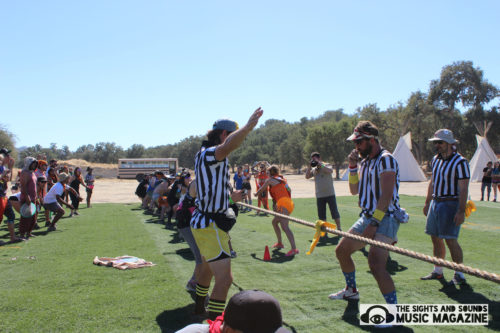