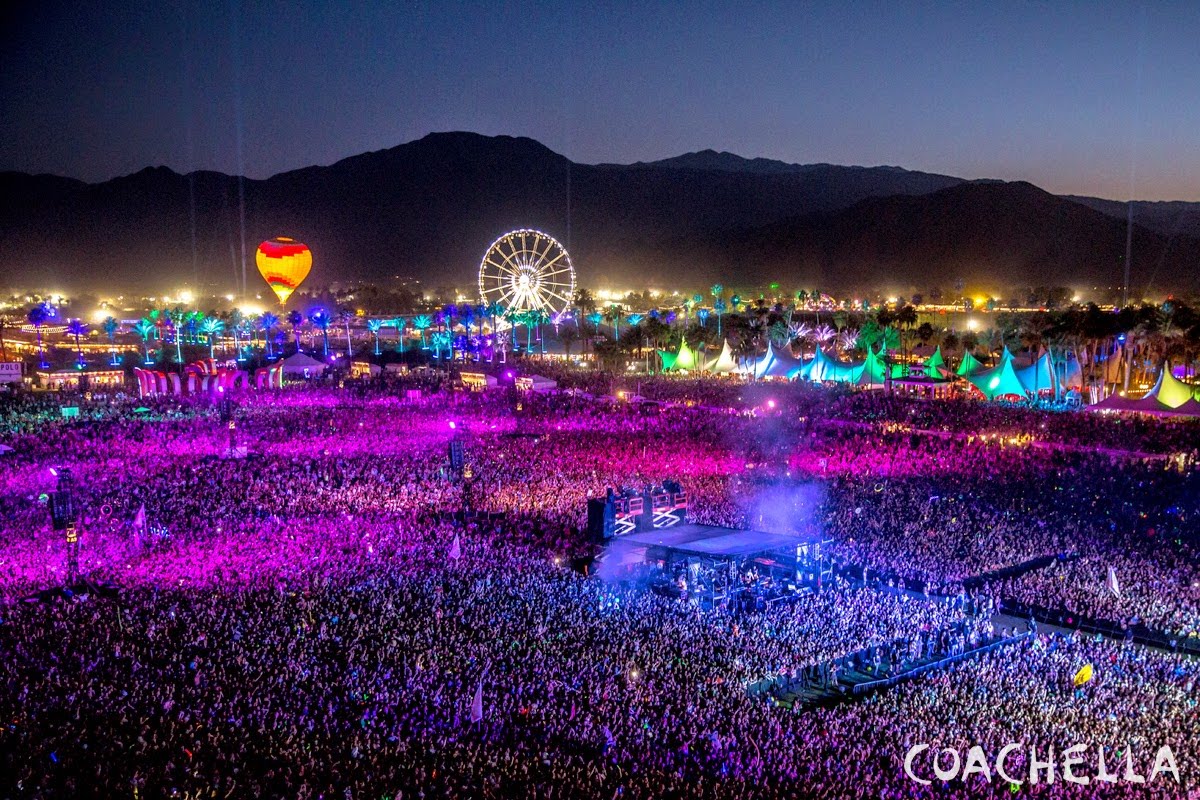 California’s annual party in the desert has officially announced it’s 2017 2-weekend lineup, setting Indio up for one of the best festivals of the year.

That’s right, whether you’re over it or not, Coachella‘s 2017 lineup is gearing up for another spectacularly sold-out year and headlining the massive festival are three of the world’s top acts of the year, including Radiohead, Beyoncé, and Kendrick Lamar.

Barring any surprise fictional acts from Jimmy Kimmel, the rest of Coachella’s announcement poster is littered with top acts and performers not to be missed. For the indie rockers out there, you can look forward to Empire Of The Sun, Two Door Cinema Club, Bastille, Tycho, and Grouplove. More of an electornic fan? Rave the spring nights away under a blanket of sounds from Above & Beyond, Martin Garrix, Marshemllo, Justice, Autograf, Porter Robinson & Madeon.

The list goes on and on, but other names that we are looking forward to are SOHN, Preservation Jazz Hall Band, Nicolas Jaar, Mura Masa, Four Tet, Jai Wolf, MODERAT, and so many more.

Check out the full lineup release below and let us know who you are most excited to see.

Festival passes for both weekends go on sale Wednesday, January 4th at 11AM PST via Coachella’s official site. 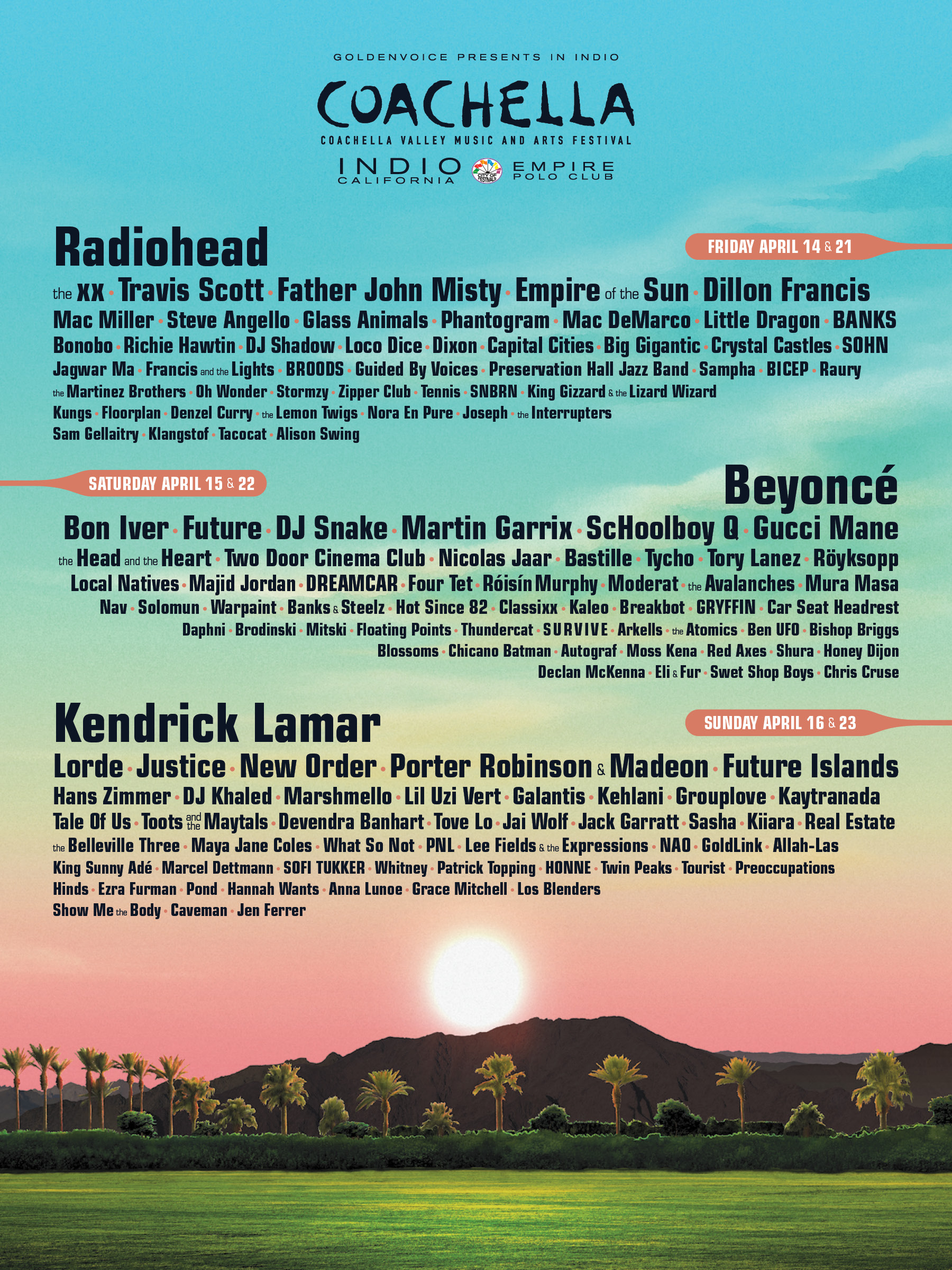