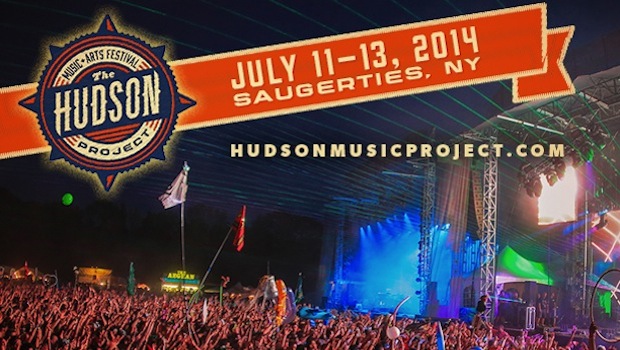 If there has been any festival lineup that I’ve been looking forward to all summer as much as The Hudson Project, I haven’t seen it yet. Don’t get me wrong, I love the all EDM events such as TomorrowWorld or the all-rock events like Riot Fest, but sometimes I just want some fucking diversity at a music festival. I’m the kind of person who likes to rage for a bit then chill out to some reggae. Or perhaps jam out to some dance-inducing soul before diving into the deep house end of the pool. That’s what makes The Hudson Project’s lineup so great – no matter what type of mood you’re in, there is sure to be a niche of music that will suit you. Of course, with such a variety of musicians playing at one festival, it can be hard to decide what exactly you’re in the mood for. That’s where we come in. We’ve broken down some of the must-see artists for the weekend into an easily digestible, hand-curated playlist, so no matter what you’re feeling, you’ll be able to groove out appropriately.

Probably one of the fastest growing genres at music festivals this year, the crew of electro-funk and soul artists have been rapidly drawing in more and more people as the mix of electronic sounds and old school instrumentation have found audiences both young and old flocking to bask in the groovy vibes. With a mix of analog and digital toys to play around with, main stay artists such as Big Gigantic, The Floozies, and GRiZ will make sure you’re having a good time. That’s not to say, of course, that Exmag, ODESZA and Kill Paris won’t bring the sexy james either, because they all have it in spades. Find that festie lover and seduce them with the sounds of electro-soul.

The electronic music genre is probably the most diverse label to put the next grouping of must-see artists under, but fuck it, because they are all amazing in their own little corner of the electronic music world. With heavy hitters such as Bassnectar and Felix Cartal throwing down some of the bigger sets of the weekend, dance fans should also make sure to cover off on some of the weekend’s under cards as well. Capital Cities will be a nice blend of electronic and indie-pop sounds while Robert DeLong, TOKiMONSTA and Kygo saturate the festival grounds with dripping, summery synths and soaring melodies.

While not heavily represented at The Hudson Project, deep house has been on the rise and fans of the genre can still get their groove fix with acts such as Henry Krinkle and Moon Boots.

Matt and Kim‘s Electric Forest set was one of the best I’ve seen all year, so if you’re looking for a party, make sure to hit them up. New comer ZZ Ward has been gaining a massive following lately as have the Cults and STRFKR, all who will bring a great summery vibe to the fest. But of you’re looking for more of a chilled atmosphere, then it’s off to veteran troupes Modest Mouse and Rebelution who are always huge crowd pleasers.

Tickets are still available to The Hudson Project, so if you have nothing to do this weekend, head here and grab yourself a pass.