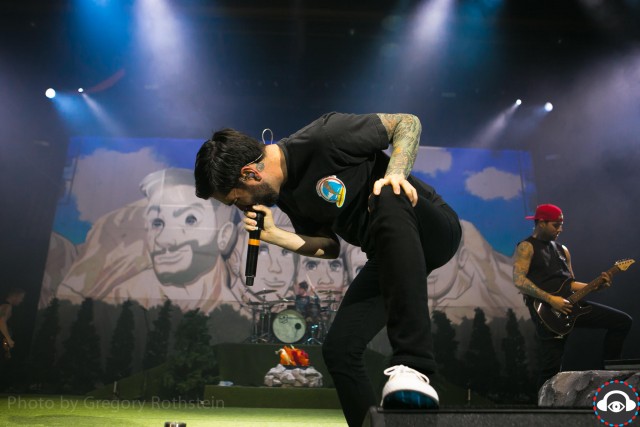 Fall is upon us here in Chicago, which means in a week or two, it will become an unforgiving frozen wasteland knowing our weather patterns. Thankfully it is a beautiful day and I am eagerly waiting to enter the UIC Pavilion photo pass in hand to shoot A Day To Remember’s Chicago stop for the Parks And Devastation Tour.

I initially thought I was going to miss out on this show, but thankfully about 10 minutes into my September 18th day, I got the call to see if I was still interested in shooting, YOU BET I WAS.

The lineup tonight is Motionless In White, Chiodos, special guests Sleeping With Sirens, and of course A Day To Remember. Bring Me The Horizon, fresh of their Chicago Riot Fest performance was off the bill for the evening. It was my first time shooting Sleeping With Sirens and Chiodos, while my second for MIW and ADTR.

So why wait any longer? Lets go into the pit. 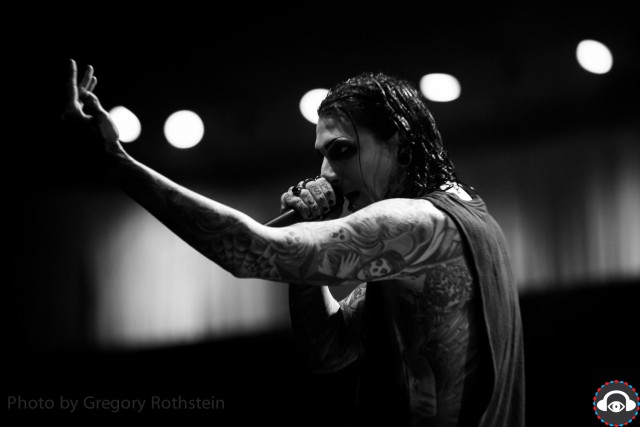 Motionless In White opened the evening and I could not be more excited due to being a huge fan of the band. Fresh off their release of their new album :”Reincarnate” (WHICH I HIGHLY RECOMMEND CHECKING OUT) I was excited to see if the band would play some new tracks, and they certainly did. Hearing the new single “Reincarnate” was fantastic live. Vocalist, Chris Motionless plays to the crowd joking around about how people may be scared by them because they are dudes in make up, but that does not stop the Chicago crowd from supporting these guys with all their heart. A unique aspect of MIW is their bass player. Devin “Ghost” Sola. A man of what seems like a few words, Ghost has had a unique outfit for every tour. Warped Tour he had a Cruella Deville thing going, while this tour I believe he was embodying the doll from the film “Dead Silence.” Regardless it makes shooting MIW a must every time they are in town because his physical appearance is worthy of having photos of. Before I knew it my favorite boys from Scranton had finished their set as I let out a sigh of “till next time.” 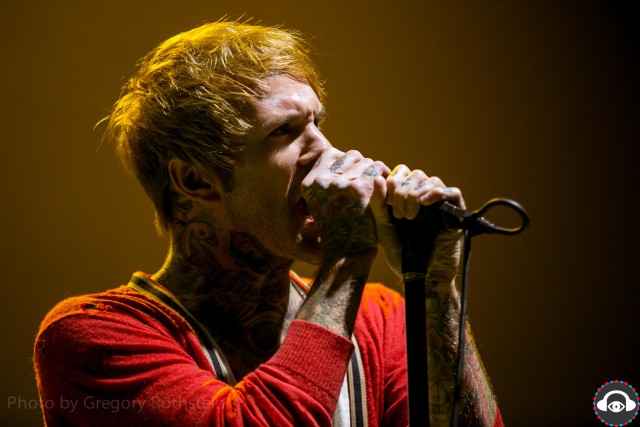 Next up was Chiodos, now I have heard numerous testimonies of how frontman Craig Owens is not someone to be missed, and unfortunately in my photography career I had yet to shoot this charismatic guy. The band hits the stage and they just go in. I have had a small taste of their music over the years, but had not delved too deep into it, but thankfully after their performance I have had them on repeat. These 6 guys just love to jam and play to the crowd. I think my favorite moment was when Craig was on his back and did this exorcist esque movement stomach to the sky, made for some great photo ops. 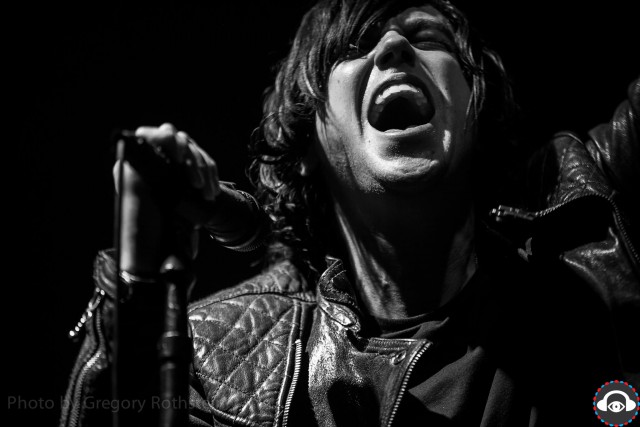 Sleeping With Sirens the guests on the Chicago date were up next and they were a blast to shoot, very solid color lighting and led by Kellin Quinn, the band jammed through a variety of their albums hit tracks like “A Trophy Father’s Trophy Son” and closing the set out with “If I’m James Dean, You’re Audrey Hepburn” But a vocalist is only as good as his band and the entire band loves to play with photographers. Justin Hill was especially fun who held his bass up and aimed it right down the lens of my camera as if it were a gun. Bottom line, if you are a photographer THESE GUYS ROCK TO SHOOT. 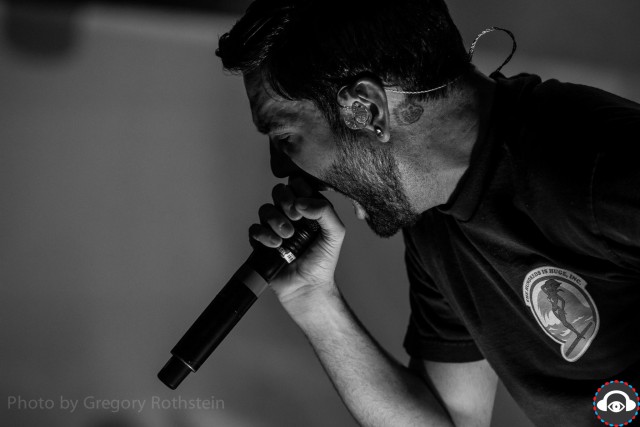 Lastly of course is A Day To Remember, who do not need any explaining. These guys have been around the block before and know how to put on a show. The production for the previous bands had been outstanding. So how can things get better? How about a Mount Rushmore with the guys of ADTR’s faces and a wide stage looking like a park. Among the most unique stage set up ever for a group of charismatic guys who just like to put on a show for the fans who love them.

All and all The Parks And Devastation Tour was hands down one of my favorite tours I have ever had the opportunity to shoot, if it is coming to a city near you I highly recommend going, especially because you will get to see Bring Me The Horizon’s production which is chillingly unique and amazing. Till next time and with photos as always.

See You In The Pit,
Greg