This first phase announcement revealed over a Facebook live stream details the festival will host over 80 artists across six different stages during its entire three-day stint June 9-11.

Organizers brought together a plethora of branded stages in the creation of this diverse bill, hoping to please a diverse mix. Attendees will have the choice between hitting the Bass Kitchen, a house lover’s paradise at Body Language, or a Trance Arena. There’s sure to be something for everyone in the crew this year. Artists will throw down at branded stages Sunday School, Anjunadeep, and DancingAstronaut.

The Solstice main stage will house a collection of trance, dance, and twerk artists over the weekend, alongside several DJs including Armin Van Burren, Afrojack, Diplo, Marshmello, Jauz, Martin Garrix, and Alesso.

Main stage number two, the Equinox Stage, will host an additional collection of powerhouses including Datsik, Excision, Galantis, and Griz.

We can’t wait to see what else this festival could possibly have in store.

Last year was killer, and we can only imagine what this year will be like. An additional reveal is already planned for next week, including more Branded Stage lineups to follow.

Check out the first phase lineup below. 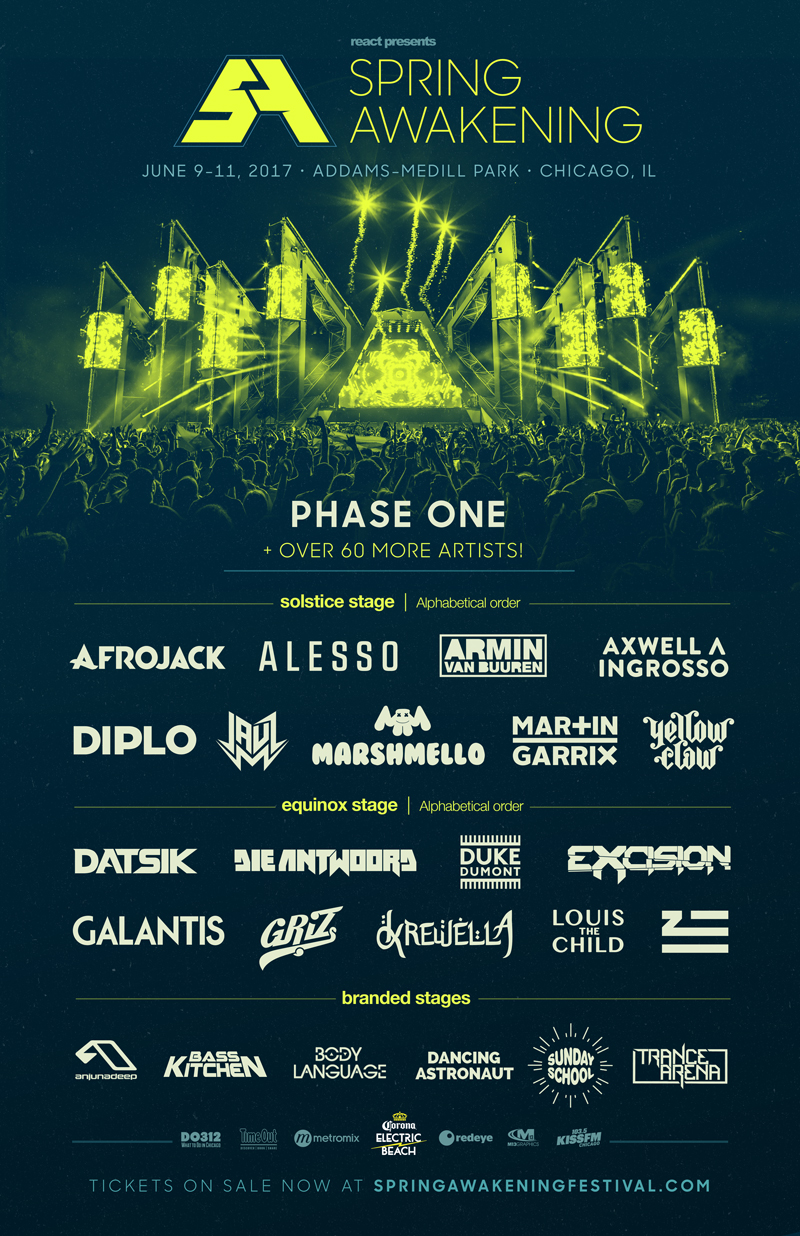 Tickets are available for purchase here.

One Day At Spring Awakening