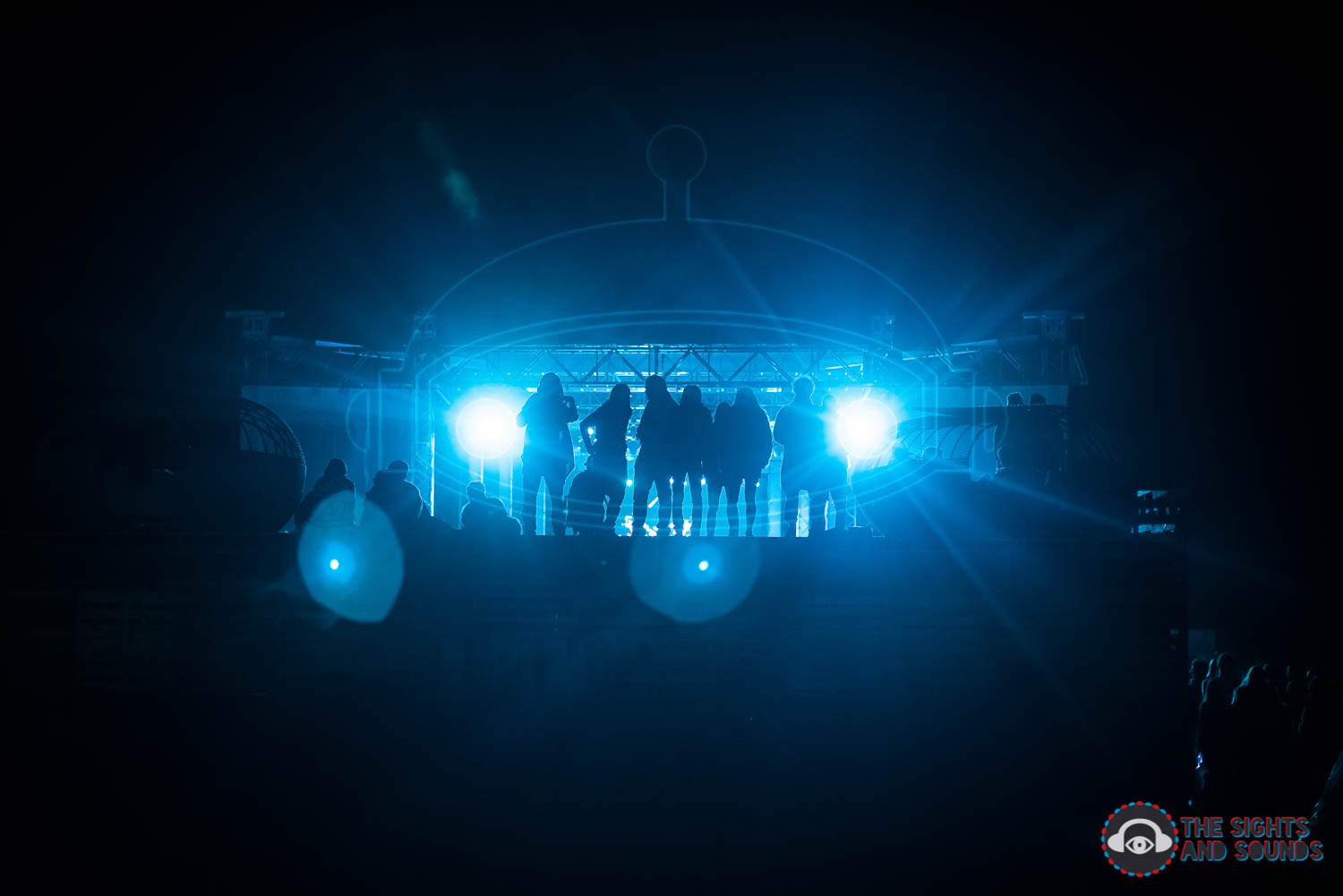 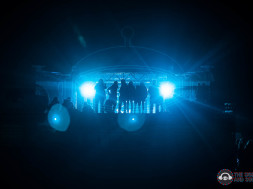 When human beings gather in celebration, what does that celebration say about the species, it’s ideals, and it’s vision for the future of the only home it has ever known? 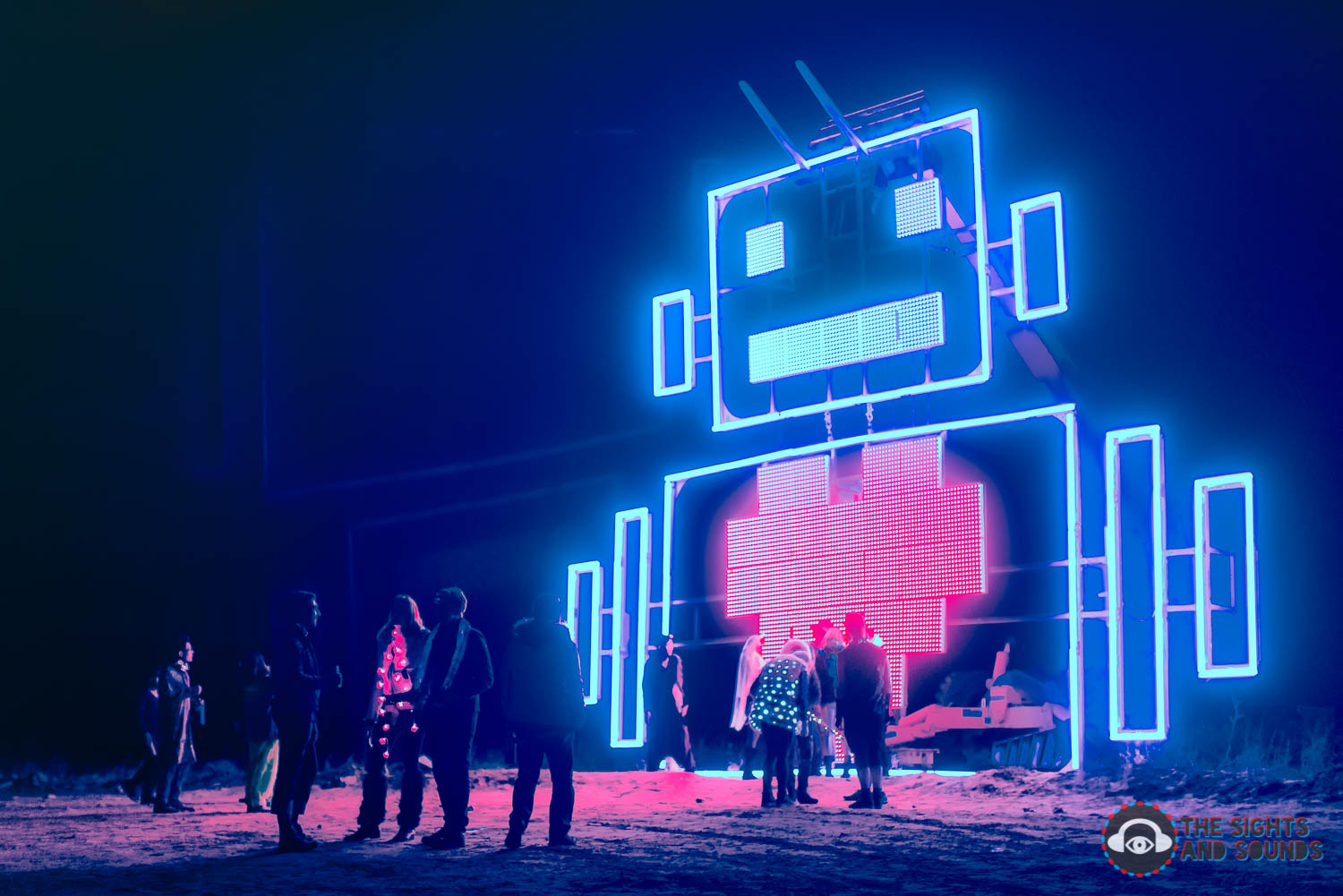 Serene, majestic, and resilient: Planet Earth – a shimmering sapphire with beauty unrivaled in this sector of the cosmos – dances peacefully around its home star. For nearly 4.6 billion years this Milky Way jewel has undergone extraordinary, diverse and complex evolutionary changes and has given rise to the only known intelligent, conscious life in the universe as we know it today. While scientific insight and discovery has shed light on five major catastrophic events and mass extinctions in Earth’s history, it also has raised many troubling questions about the planet’s current homeostasis. It is now evident that temperatures are rising globally, air and water toxicity are rising rapidly, natural resources are being depleted at an alarming rate and human beings are embattled with one another over those very resources.

However, if a community like the one that gathered in the desert of the Moapa Valley Indian Reservation is representative of the next evolution of life on this planet; then the Further Future looks bright, innovative and harmonious. While initial impressions were reminiscent of Burning Man’s infamous K street (i.e. tech-exec & billionaire-row) with elegant lines of intimidating mega RVs, luxury cottages and pre-assembled shiftpods dominating the camping landscape, the elitist façade evaporated as soon as we had truly landed at the festival. While first impressions are often lasting, looks can be deceiving. 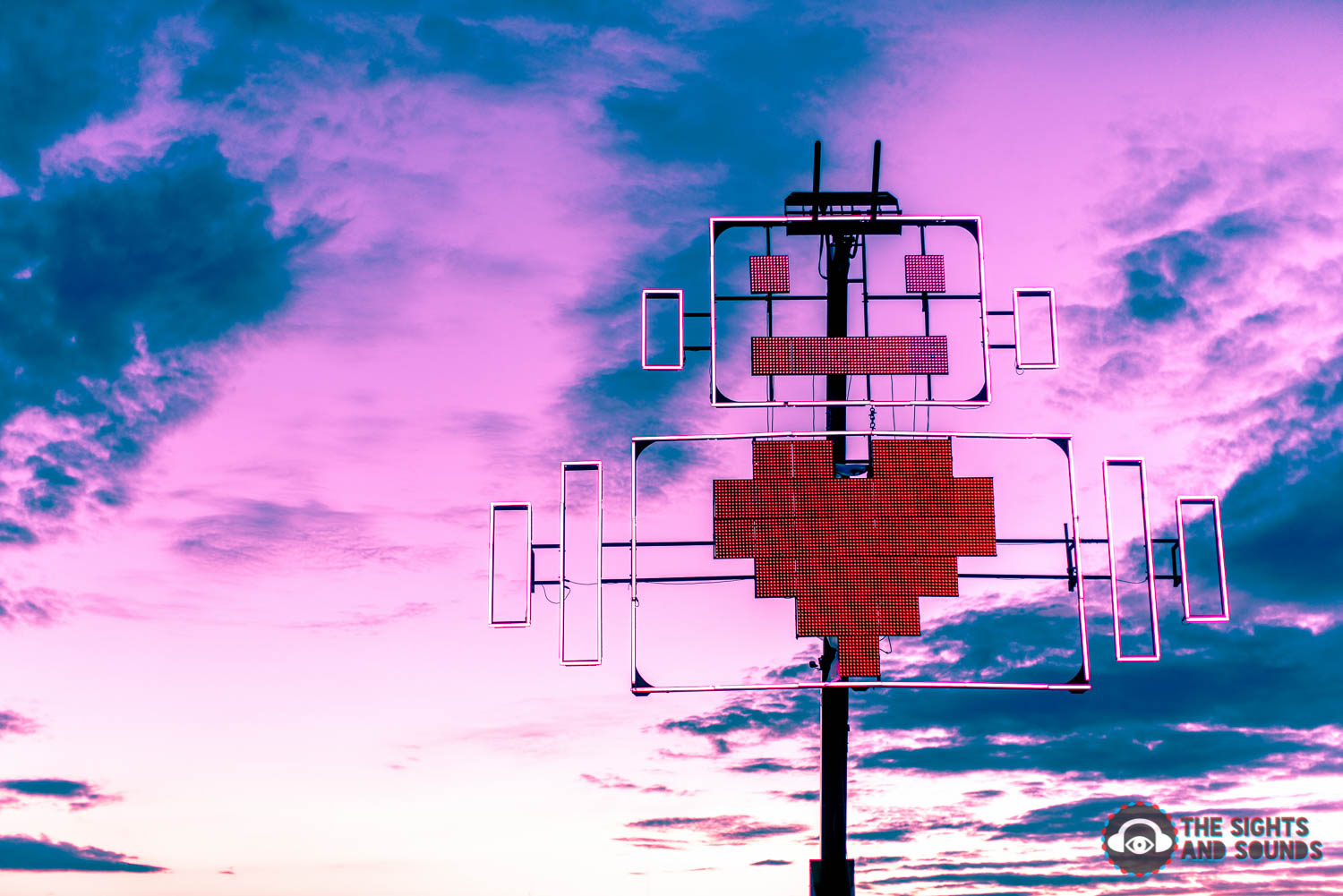 It was 23:00 when we arrived, temperatures were dropping and the wind was picking up. As we parked our Jucy rental, and began setting up our camp it became clear that the elements were not in our favor. Our tent shell blew around un-staked and out of control, and we struggled to erect the shade sail that would provide shelter from the coming storm. At a moment when defeat seemed eminent, out of the blackness of the night, two fur clad festival goers emerged to offer their unsolicited assistance, then two more from a neighboring campsite!

'One of the most remarkable components of Further Future: the community.' - Arin Pitcher, TSAS Staff WriterClick To Tweet

In the blink of a strobe our camp was setup. This set the tone for what was to be one of the most remarkable components of Further Future: the community. Despite the staggering wealth and power that was evident at a festival whose speaker compendium included executives from Google, Facebook, 6sence and a plethora of other revolutionary companies, it was apparent that everyone met here as equals with a common mission: to inspire positive change for the collective good of the planet.

While progressive conversations are beginning to emerge world-wide, what was unique about the landscape at Further Future was the ethos of limitless possibility. While conventional thinking currently champions the idea of sacrifice and simple living in the name of sustainability, the visionaries and change-makers who gathered in the desert spoke of leveraging the exponential power and democratization of technology to actually improve the quality of existence for all life on the planet. Amid the deep, rhythmic beats of a Lee Burridge sunrise set, Silicon Valley CEOs, artists and media moguls could be heard passionately sharing ideas and co-creating this vision of the future.

'What was unique about the landscape at Further Future was the ethos of limitless possibility.' - Arin Pitcher, TSAS Staff WriterClick To Tweet

“Think of all the menial tasks that we, as humans do on a daily basis… once we automate those using Artificial Intelligence, imagine how much more time and energy we can contribute to what is really important to us,” one engineer fantasized about the future of AI computing and robotics. While another entrepreneur spoke of utilizing the web and virtual reality to bring humanity together, generate empathy and create a deeper sense of self-awareness.

This was a place where dreamers met one another with open arms and intense eye contact and the intention to dream bigger together.

Festival organizers did an exceptional job creating an environment that challenged orthodox thinking by championing the unexpected. There was literally a full service spa in the middle of the festival, as well as multiple course dinners catered by world-renowned chefs if you were lucky enough to get a seat. Creators of Further Future set the perfect stage for out-of-the-box thinking, which resonated from the dance floor to the bathroom lines.

In order to generate next level thinking, FF002 brought next level experiences all contained within a downright impressive lineup of underground electronic music artists which created the perfect container for conversations about the future, by encapsulating everything in a round the clock futuristic, space-like sound bath. While the rain unfortunately forced cancellations of artists and speakers, festival organizers made sure that, as long as there was no lightening threatening the safety of attendees, there would be music to help them through the rain.

Yet despite the two torrential downpours and a hailstorm (yes, a hailstorm in the desert), the collective energy was vibrant and palpable throughout the entire weekend. In a place where the average rainfall is 85% less than the rest of the country, Mother Nature provided a perfect metaphor that captured the essence of the weekend. Collective consciousness and service mentality resonated powerfully throughout the festival when the rainstorms tore through campsites, destroying tents, scattering goods and drenching festival goers. People banded together to tie down tarps, stake down tents and offer shelter to those who had none, or lost theirs.

Once the rain had moved on, there was an extraordinary sense of togetherness that reverberated through the community like the thunder from the passing storm. When presented with the opportunity of immense challenge, the instinctual nature of humanity displayed over the weekend was to join forces, collaborate, and be of service to one another. The additional knowledge that this was a collective of power players, and the response to a collective threat was that of inclusion, open hearts and open minds certainly paints an optimistic picture.

So just what does a celebration of this nature say about its community and the future of its world? To me, it says that the old paradigm of a you-or-me world rife with myths and beliefs of separation and differences has begun to crumble. In its place, a new future of togetherness, prosperity and technology are ushering in the next major evolution of life as we know it. 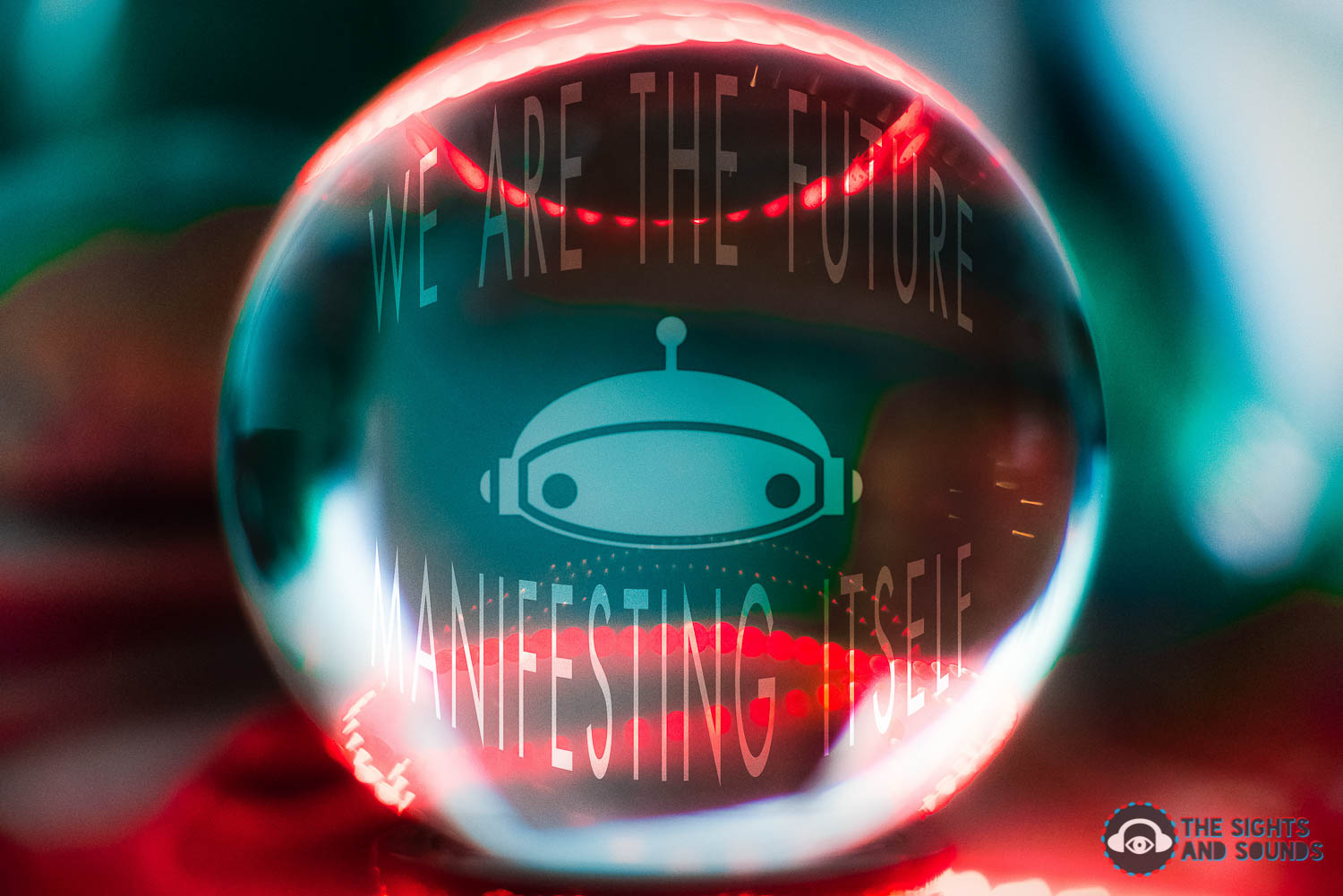