Isador Trudges Through The Mud In Dark New Video For Falling 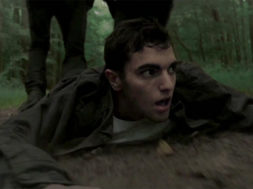 Isador Trudges Through The Mud In Dark New Video For Falling

There’s a vein that flows mutually between writing and creating music and writing or acting out a screenplay, where that artist has a need to access emotions and thoughts that are below the surface.

It’s a difficult process and the end result shows – you barely made the effort or you dug in and showcased the passion behind your art.

The former can be seen in a myriad of ways; from purposefully apathetic, comedically vapid and “pop” to disingenuous and lame or lazy.

Sometimes it’s cool to not care – everyone’s got a little IDGAF in ‘em – but what’s interesting about those that do scout through their subconscious is that, if they’re able to actually manifest something out of it, that process is usually rewarded with a worthwhile product.

It’s a brave thing, venturing into feelings and trying to squeeze something out of them. They’re ethereal and change on a whim. They be aura-like and wonderful or gas-like and make you gag, but that trudge can yield cool results.

That’s exactly what Warren Heller, aka Isador, pulls off with his debut, “Falling.”

From the jump, I was intrigued – A music video with plot. Or, at the very least, visuals I haven’t seen before. Dark visuals. “Getting dragged through dirt” dark.

Homey looks like he’s been kidnapped by F Society.

By the way, can we give a round of applause to musicians that can act.

There’s definitely a through line between musicians and actors where they need to, one way or another, access some emotion and then perform, using that emotion as a fulcrum for balance. Thing is, acting in a music video means doing both at the same time and this guy had me convinced. Worried, even.

Credit’s also gotta be given to the director, who put this project togethe… wait, he directed this video, too?!?!

With the help of his brother and surely a few others – a drone operator and two dudes that don’t mind dragging someone kicking and screaming through a field after dark – the video is one I’ll remember forever, and that’s saying something.

I love how the 2nd half of video breaks away from the initial events.

The performance of the song is the focal point and though the song is incredibly catchy with its clapping/marching cadence and build that brings in strings and multiple vocal tracks – got a “High Road by Broken Bells” vibe – it’s dourly murky.

Anxiety-ridden and brimming with self-doubt, this is exactly what Heller was going for.

Quoted in Billboard, he speaks to “Falling” being about fearing the future, unable to escape the impending ambiguity and isolation.

“A lot of my art is me trying to get answers,” he says. “It’s the way I’m able to process it. I hope it can help others the way it has for me, and the way I use art and music to get through my own life.” 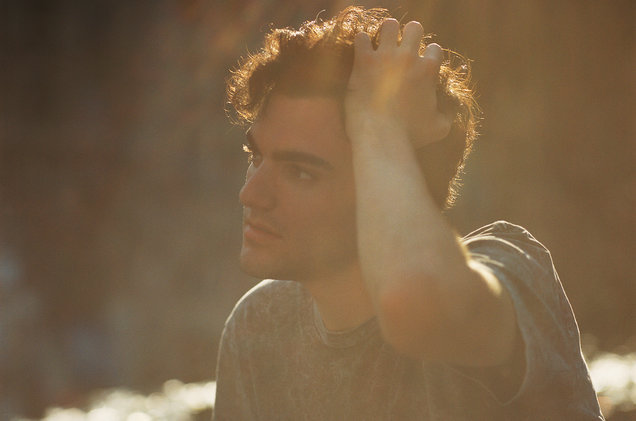 From the cramped hand-held close-ups to the smooth light-show in the forest, each well-composed shot leads to the next one, even if that next shot is total darkness, affording opportunities for the editor to jar the viewer or build on the momentum.

Notice the quick shots like the gloved hand reaching through the shadows or the speckled-shots of rampant footsteps headed out of the woods. They’re all well-lit but not; I knew what I was seeing, without a doubt, but I found myself squinting a bit, leaning forward like I was looking through a keyhole.

It’s a video that demonstrates a mastery of lighting technique and as the song comes to a close, revealing a beautiful moment in the twilight, there’s a fantastic twist in the end.

Cut to black, and that’s that.

The “art track” video is literally ice cold and mirrors the use of light and “trapped” mentality, too.

Heller nailed his vision for this one – delving deep into something troubling and coming out the other side with a stunner of a debut – and I’m looking forward to more from Isador in whatever medium he’s headed towards next.

Keep an eye on his Soundcloud and keep it locked to more new music videos here at S&S.