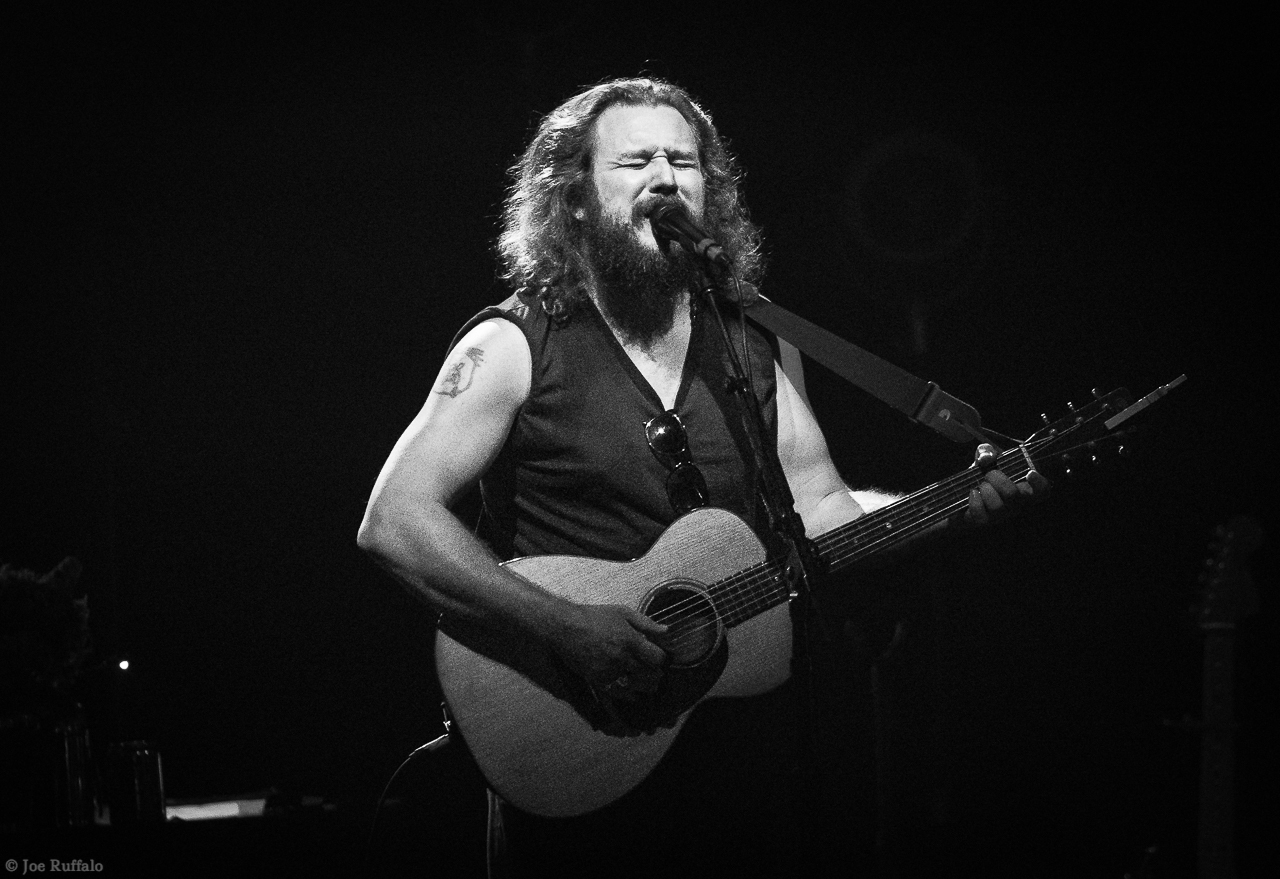 For many, ignorance is bliss.

While it may seem to be a temporary solution to a world plagued with perpetual negligence, inequality, and hate, the truth can only be avoided for so long.

On October 27th, 11 victims perished in a mass shooting at a synagogue in Pittsburgh, Pennsylvania (the deadliest attack on the Jewish community in US history). 11 days later, 12 victims lost their lives in yet another mass shooting in Thousand Oaks, California, as the already devastated state continued to experience the deadliest wildfires in its history.

As a result of these ongoing issues (including those which lack media attention), I woke up on November 9th feeling rather suffocated, drained, and hopeless.

Struggling to cope with issues that seemingly felt far out of my control, I turned to a project which I consider to be one of the most prominent pieces of music of the 21st century. Eternally Even, the second solo album from My Morning Jacket frontman, Jim James, has consistently served a significant purpose since its 2016 release. While this album exposes life’s harsh reality, its concepts offer comfort, instilling a valuable glimmer of hope for humanity. Hearing this album not only aided as a form of personal therapy, but also built up my anticipation for Jim’s performance in Chicago that night.

Fans packed in tightly for the singer’s sold-out show at The Vic Theatre on Friday evening.

Around 8:30 pm, the crowd erupted as the singer walked out on stage, barefooted and draped in black.

James immediately filled the venue with an open aura, delivering a rendition of the MMJ song, “I’m Amazed.” The singer seemed to speak directly to the present, as he howled through each of the song’s verses. Jim often questioned life’s many complications and travesties before emphatically pleading “After all is said and done, where is the justice?” The crowd responded deeply to James’ truth, a trend that would be followed throughout the rest of the night.

Occupying the stage alone for majority of his set, (occasional drumming by Dave Givan, and duet with Alynda Segarra) Jim was noticeably comfortable within his element, tackling an abundance of introspective material.  The singer spoke volumes through spectacular renditions of  “Same Old Lie“, “Throwback“, “Golden“, and “No Use Waiting.” These tracks all evoked strong responses, as the crowd could often be heard yelling “I love you, Jim!”. Rather than ignoring, Jim embraced his audience, frequently responding “I love you, too” in between songs.

“We must be ruthless in our quest for love and peace”, the singer declared to the crowd before closing his set with a cover of the Timmy Thomas song, “Rainbow Power.”

Despite many differing factors, James emphasized the importance of compassion, empathy, and acceptance towards one another. The song delivered a very powerful and relevant message, while leaving the crowd on a high note. James would return to the stage for a four song encore, which included “Changing World“,  “In The Moment“, “State of the Art (A.E.I.O.U.)“, and my personal favorite from his solo catalog, “Here In Spirit.” The Louisville native left his audience with far more than just the satisfaction of a performance. Through truthful thought and expression, James successfully altered perspectives, including my own. While it’s easy to feel helpless in a world poisoned by negativity, Jim reminded all that mankind’s only duty is to love unconditionally.

0
2   0
previous Anakim Takes His Dreams To New Heights, 'Mastadon' Single Out Now
next Moon's Eye View: The Next Chapter Into Lucidity