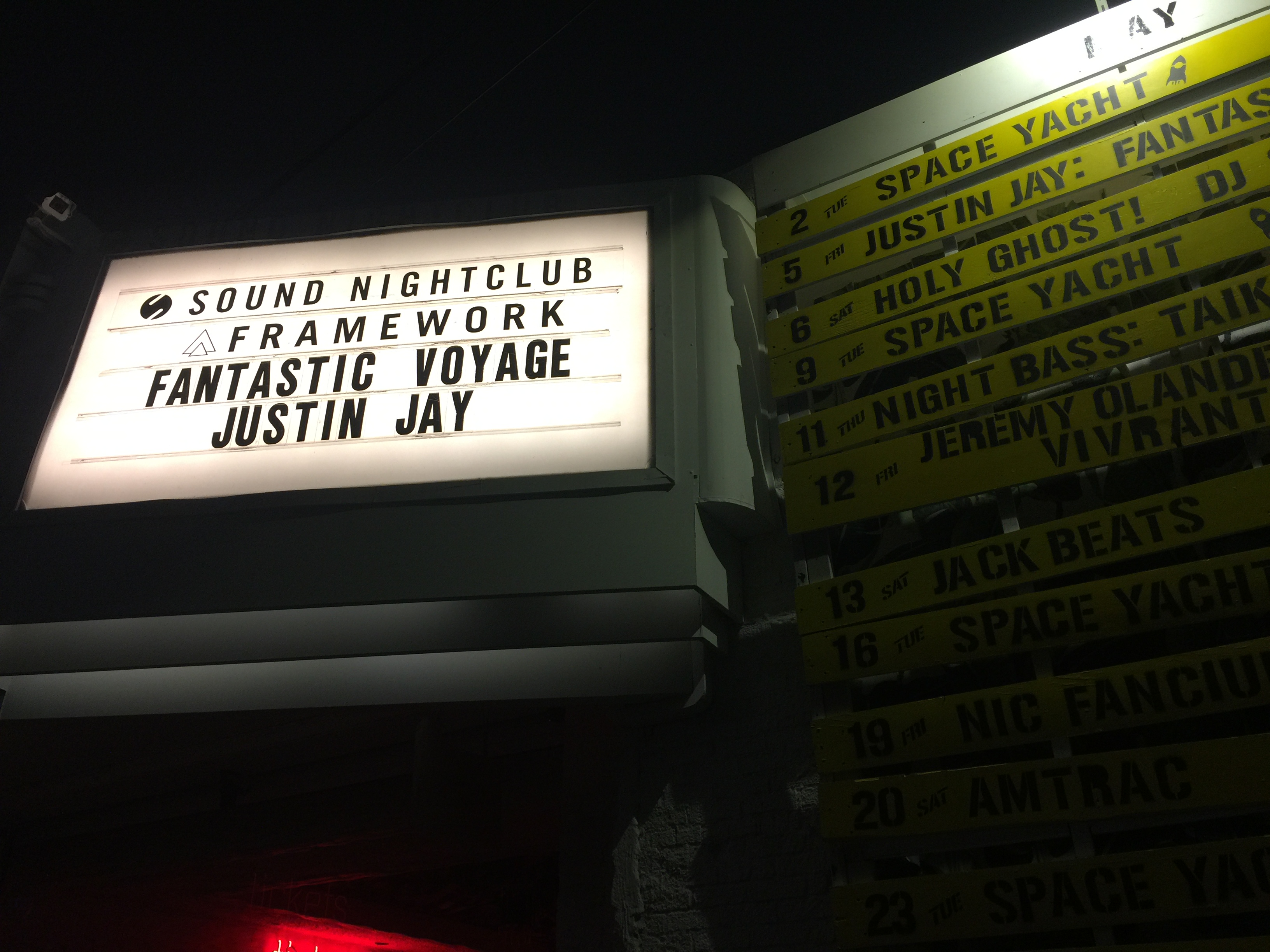 Grab your nautical attire and prepare for some whomp whomp at sea, the Fantastic Voyage tour is in full sail.

This past weekend, the captain himself, Justin Jay, navigated the funk on over to Sound Nightclub with his shipmates and homies for Cinco de Mayo. Framework events brought together the likes of Justin and his Friends for the second stop of their West Coast Extravaganza. Accompanied by Benny Bridges on guitar, Josh Taylor with vocals, and Sam Von Horn’s opening set, the Hollywood takeover by the Fantastic Voyage crew was, in so many words, FUNtastic.

And let me tell you, these guys know all about fun. They know surprise. They certainly know how to party. But most of all, they get up on the plank and dance across it fearlessly. Now when I say plank I’m referring to Josh standing on the DJ booth singing “Can’t Complain” and “Let Go,” among other originals from the FV album.

Really though – when else do you see a guitarist and live vocals boogying down on stage along with the music at Sound?! I mean, b2b sets are cool and all, but these side-by-side live performances are seriously starting to shine. As mentioned already, these fellas know how to harbor the tides and enjoy themselves.

When I’m at Sound, my expectations consist of quality house and deep house (generally speaking) DJ’s. The added diversity of these dudes bringing in their live setup was most definitely a treat. Might I mention however, they did not lack on the house and techno thumpin’! Justin and his boys anchored some serious jams throughout the night. I should have known better than to have a forecast with these guys because more often than not, they far surpass any expectation anyways. 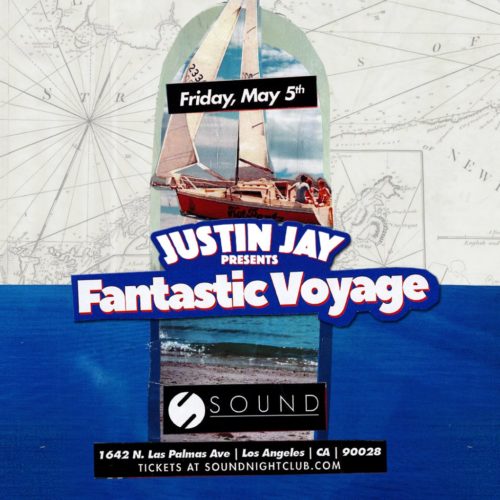 Justin Jay & Friends also provide something considerably appreciated yet occasionally overlooked. I’m talking about the crowd. Thankfully, they don’t attract the late-night club-hopping strays. When they conquest a venue the audience is included in their invasion. Everyone is aboard the vessel and everyone is a Friend. Even when some marauders (aka clubrats) venture into the scene, they soon find they’ve boarded a badass ship.

Lucky for everyone here on Cinco de Mayo, there were no rough waters, just a whole lot of good times. From unsuspecting funky drops to a little bit of Bump N’ Grind by R. Kelly, I simply can’t quite express just how fun the voyage was. For that reason, Justin Jay & the Fantastic Voyage dorm room homeboys will always rank high on my list. This installation of theirs doesn’t take things too seriously, nor does it instigate even an ounce of boredom. They take pride in the self proclaimed ‘janky house party vibe’ that they’ve built their foundation on and it’s producing some stupid-fun.

My hat goes off to the Fantastic Voyage as they continue the tour with more stops ahead. Happy sailing!