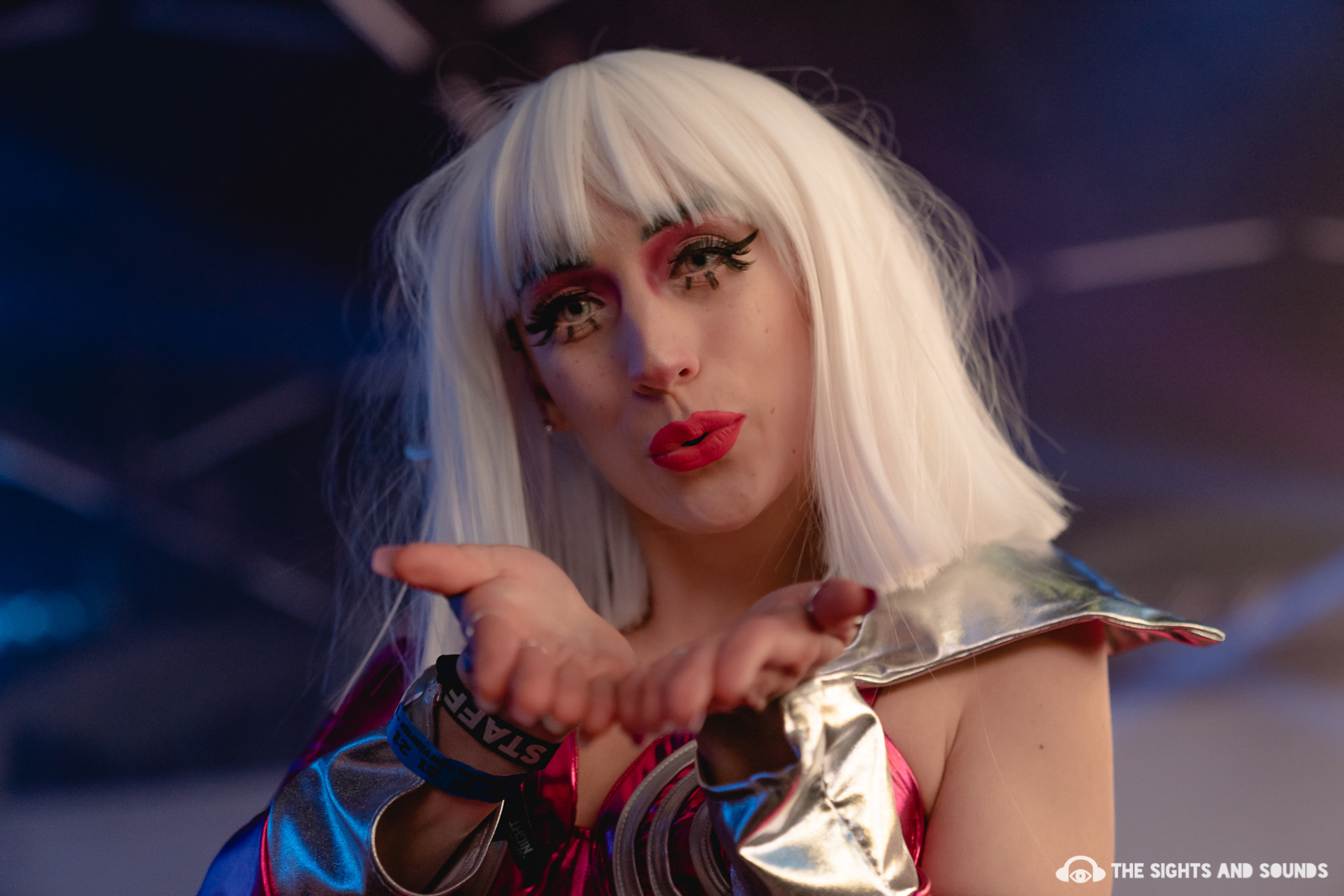 Known for their vivid festival experience, LAN is one of Texas’ largest music festivals and Dallas’ biggest end of the year party. Dallas Market Hall was filled with eccentric outfits, interactive art installations and some of the top artists across many genre’s of music such as hip-hop, electronic, dance and pop.

With five stages and 50+ artists packed into two days, festival goers focused their attention to the Supernova and Intergalactic main stages.

On Friday, Grammy Nominated Sofi Tukker was a vibe. Sofi crowd surfed, jumped off speakers and danced all across the stage as Tukker mixed crazy samples such as “A Touch of Class’ All Around the World (La La La La La).”

Oliver Tree, better known for his bowl cut and wildly crafted music videos brought the hype and dabbed on the entire crowd (literally). Rezz showed up in true Rezz fashion with heavy bass, trippy, other-worldly sounds and an incredible light show. The whole placed turned into a sea of dance.

Diplo and Jai Wolf performed on the 2 main stages and had people running back and forth to catch each of their sets. Diplo played catered to the hip-hop heads with some Drake and Travis Scott mixes, and all I really remember about Jai Wolf is it was super loud, super fun and there was confetti literally everywhere.

Night Two had no shortage of stars either.

Ekali brought the dance beats, Gucci Mane came through and performed most of his new album ‘Evil Genius’.

Tiësto and What So Not ended the night on the two main stages. What So Not brought an incredible atmospheric set that had the whole room moving as one. Tiësto really brought home the festival because I mean, it’s Tiësto. As soon as ‘Jackie Chan’ came on, Post Malone’s local Texans went wild and the house music just kept on coming.

With all of the new installations and experiences this year, there was no shortage of Instagrammable backdrops. If you were on social at all you definitely had total FOMO.

If you didn’t make it this year, don’t miss out on LAN 2019 as it’s going to be even bigger and better as it’s their 10th anniversary. We know we definitely will be back.

Start planning your trip for the biggest end-of-the-year party in Dallas, TX now.