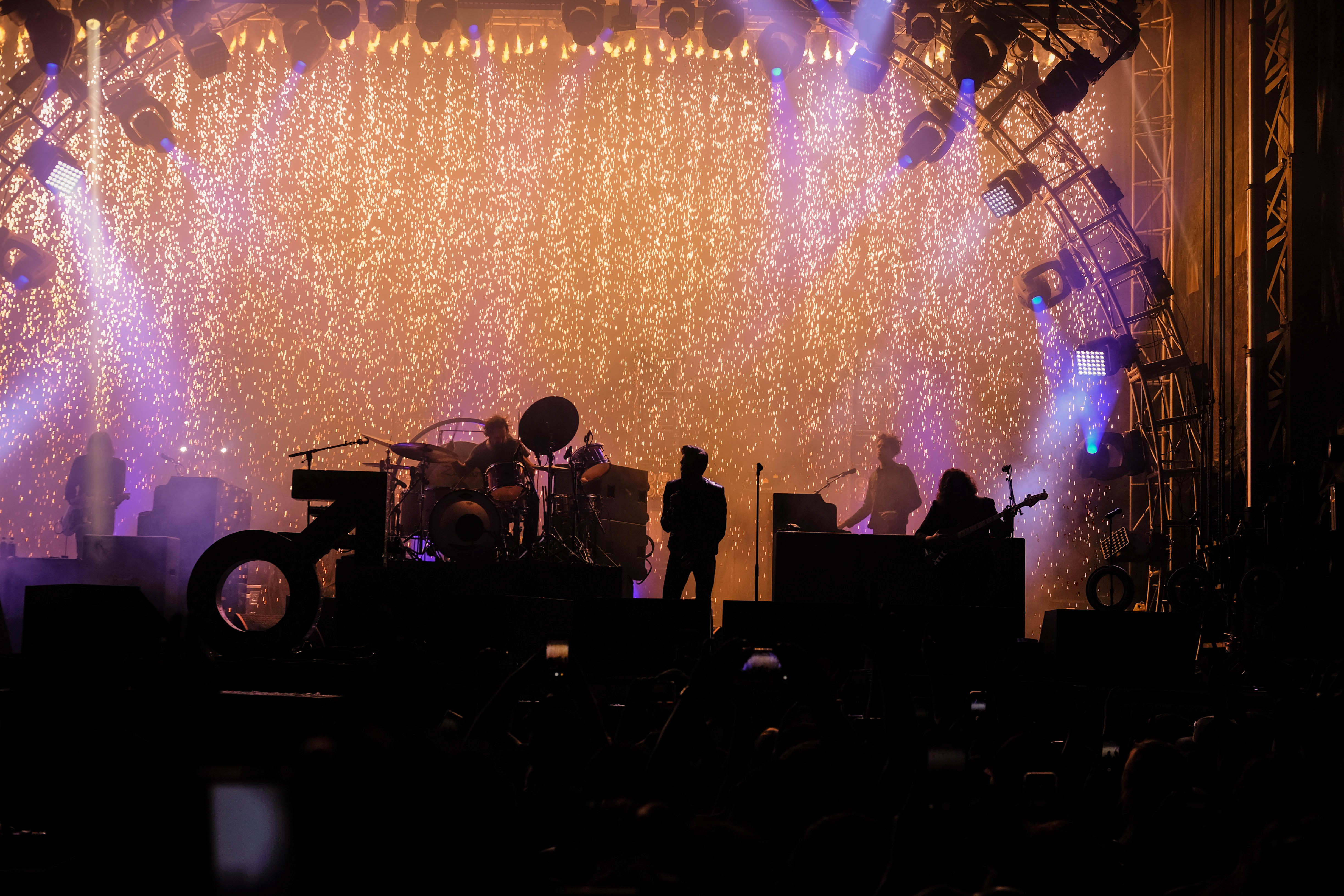 The Inaugural Festival Saw More Than 55,000 In Attendance

When Lost Lake Festival was announced back in March, it was the talk of the town in Phoenix and among festival aficionados. With a bill featuring Chance the Rapper, The Killers, Major Lazer, and Odesza, it was a hard festival for music fans – especially those of the younger demographic – to pass up. The Phoenix, Arizona festival is produced by Bonnaroo and Outside Lands co-creators —Superfly Presents —and held at Steele Indian School Park. Superfly paired with a variety of local cultural organizations, artists, and artisans in order to produce the three-day event.

The three day weekend featured a number of interesting art installations, mind-boggling performances, and the promise of a singular event in Phoenix. Here are some of the main takeaways from the festival in its first year. 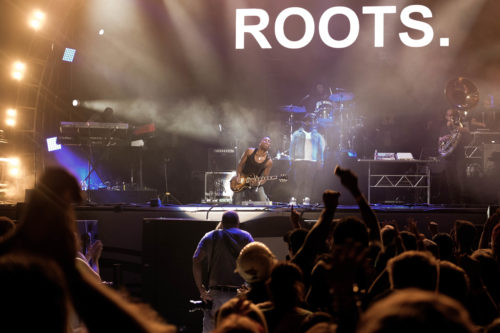 Lost Lake featured headliners The Killers, Chance the Rapper, Major Lazer, and Odesza. From the get-go, Lost Lake succeeded in reaching their target demographic: young people. Undoubtedly, existing in a large metro area certainly helped the festival’s attendance, but it was just as much due to having three massive contemporary acts along with one “legacy” act — The Killers — although its almost preemptive to dub them as a legacy act, with a catalogue that dates back to the formative years of Lost Lake’s youthful crowd. Case in point, Lost Lake’s headliners were not geared towards anyone older than thirty years old, but these four artists breadth and scope had something for everybody, young and old.

Chance the Rapper performed on Friday to the wide-eyed elation of his youthful fan base. The 24-year-old rapper has become a cultural staple for millennial music fans. A badge of honor, of sorts. Chance the Rapper’s rise to stardom on the festival circuit happened quickly. One might even argue that his placement as a headliner at festivals this year happened a bit too quickly. Chance’s third project  Coloring Book is an undeniable, virtuosic journey that speaks to the soul. The album also secured him a headlining spot at festivals such as Bonnaroo, Lollapalooza, and Hangout. However, Chance’s headlining set at Lost Lake, and at the 11 other festivals he’s headlined at since May 2017, left something to be desired for even the most devout Chance fans. Barring the exception of “Juke Jam,” Chance explicitly left off many tracks from his critically acclaimed mixtape, Acid Rap, which originally catapulted the artist to stardom. Instead, Chance decided to perform a majority of the songs from his most recent album, Coloring Book. Surely, this new setlist is geared towards the artists new found fans but it leaves those familiar with his deep catalogue wanting more. Seminal tracks like “Juice,” “Cacao Butter Kisses,” and “Favorite Song” have been plucked from the artists’ setlist in favor of overblown theatric ruses, to the delight of most of the festival’s young crowd. Chance’s headlining set is a bit too reliant on preemptive hype and cheap thrills rather than a masterful production spanning his three major projects.

The Killers were a pleasant surprise on Saturday night and were one of the festival’s biggest draws for the older crowd. Back in May, the Killers seemed like a rather uninspired booking. Another episode of recycled rock headliner passed down from bill to bill. Since the band headlined Coachella at their peak in 2009 after the release of Day & Age, they’ve faced a harsh decline in both critical acclaim and widespread popularity. The band’s fourth studio album, Battle Born, was undeniably the group’s worst project to date and its least critically acclaimed. Nevertheless, the Killers most recent album came out less than a month before the festival, and the project is a bit more redeeming than Battle Born. The band’s newest release gave their performance some bite and helped to engage the already enthusiastic crowd. The Killers performance held a tangible energy the whole way through, fans usually come out to their shows expecting an immense performance and usually they leave satisfied.

The group set the stage with Brandon Flower’s audacious tune “The Man”. The band then blazed through “Spaceman,” “Somebody Told Me,” “The Way It Was,” and “Smile Like You Mean It.” Halfway through the group’s set guitarist Dave Keuning started the riff to Joy Division’s “Shadowplay,” a masterful track that the Killers have been known to cover in the past. Flowers sang the song’s lyrics, “To the center of the city where all roads meet, waiting for you,” while drummer Ronnie Vannucci built into the song’s tumultuous breakdown. The cover was, indeed, one of the highlights of the eighteen song setlist, which had a bit of this and a bit of that. The group finished the main set with “All These Things That I’ve Done” before going on to play an epic encore including “This Is Your Life,” “When You Were Young,” and “Mr. Brightside.” The Killers are one of the twenty-first century’s most storied stadium rock bands, their sets will always have cutting-edge production and a tasteful amalgamation of their greatest songs.

Major Lazer and Odesza both proved to be engaging plunges into the world of Electronic Dance Music or, as the kids call it, “EDM.” The two groups couldn’t be more dissimilar, with Major Lazer exhibiting their widely Americanized and highly energetic medley of Dancehall, Reggae Fusion, and Electro House and Odesza taking the crowd on a journey through their diverse catalogue of spiritually inspired future bass tunes. Major Lazer’s performance is full of antics where Odesza’s show relied more on technical precision: the former including a trip out into the crowd by Diplo in a hamster ball along with a posse of dancers and hype men wildly gyrating onstage, the latter featuring a vocal performance from collaborator Naomi Wild and a theatrical light show. Both performances satisfied the insatiable palette of EDM-hungry young adults in their own regard. 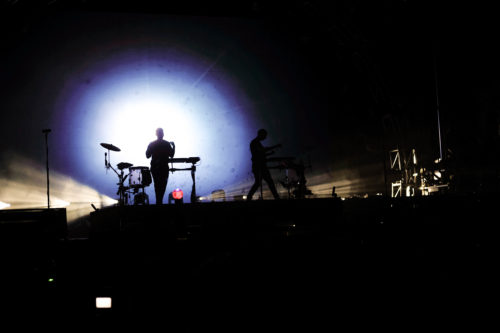 The festival’s undercard included groups such as The Roots, Run the Jewels, Pixies, HAIM, and Ludacris. Superfly is known for curating a strong yet off-kilter undercard, full of a range of styles. The Roots and the Pixies were certainly the festival’s most redeeming acts. Both acts put on stellar performances full of a variety of tracks and pulled from their critically acclaimed catalogue of music. The Roots played fifteen minutes past their setlist in what seemed like a never-ending encore. “Who’s Gonna Top That” sang frontman, Black Thought. Truly, nobody would top the performance that weekend. The Roots managed to fuse soul, funk, hip-hop, electronic, and contemporary rock into a medley of original tracks, covers, and extended solos that captivated the audience for the entirety of the set. The Roots were, without a doubt, Lost Lake’s most thrilling performance.

Other notable performances included Run the Jewels Saturday set. The group is a bit overdrawn since performing at festivals consistently since summer 2015. It seems like almost every festival had booked RTJ twice by now. Regardless, the duo always put it all on the line for a riotous performance and, with a new album out recently, the booking felt energized in the festival’s first year. Huey Lewis and the News satisfied the desire to hear legendary jams such as “The Power of Love.” The New York City-bred all-star had the entire crowd singing their hearts out.

The lowlights of the undercard were a DJ set from Lil John, a lackluster performance from the radiant but unimpressive Lil Yachty, and an oddly placed set from one of 2004’s hottest rappers, Ludacris. Lil John and Ludacris seemed incredibly out of place at the festival and it remains a mystery why Lost Lake would desire to book said acts. Certainly, they could have used the money to include an act that fills a contemporary niche rather than book two artists who embody the definition of passé.

The pride and joy of Lost Lake, in it’s first year, was the festival’s creative installments, which embodied the imaginative spirit which took festivals like Bonnaroo and Outside Lands to great heights. The festival had meticulously placed art installments at just about every corner of the festival. The festival paired with Scottsdale based creative production collective Walter Productions to create the Lost Playground. The “playground” featured a giant pool table where players rolled bowling balls into pockets of a 56-foot long pool table, LED lit table tennis, mega twister, and Colossal Croquet where attendees would use human sized croquet hammers in order to get balls through giant hoops.

Walter Productions injected their burning-man brand of intuitive fervor into the festival. Other creative installments that the group brought in were art cars that the group has been known to drive around at Burning Man. The LED lit art cars were some of the festivals highly frequented attractions, but they remained rather still and quiet during the entirety of the festival. Rather than act as a centerpiece of the festival’s creative production, the exhibits–devoid of any DJs or live music playing at them– were merely auxiliary to the festival’s main programming. The art exhibits at Lost Lake, at their worst, were an extracurricular attempt at giving festival goers “something more” than just music and a few decent food trucks. At their best, the exhibits were wildly engaging, even transformative…depending on the context in which festival-goers interacted with them.

Leaving the festival on Saturday, one couldn’t help but notice the giant flames that were shooting from rods in the middle of the small lake situated in the middle of the festival grounds. As the fire show started “Bohemian Rhapsody” began to play loudly from an invisible source. Thousands of festival goers leaving the grounds gathered to sing the song together in harmony. It was a moment of innocence and such moments define what it means to be a human in 2017. In a world devoid of meaning and injected with chaos, moments like these help to contextualize our overall experience as conscious creatures.

Lost Lake had its success and shortcomings. Ultimately, the festival began a fairly unique narrative in a multidimensional setting. From here, the festival will either expand on their creative narrative in a daring f hion, or simply continue to do what they know will be the safe thing to do. But, maybe they’ll find a balance between the two. After all, it’s not easy being a festival in 2017.