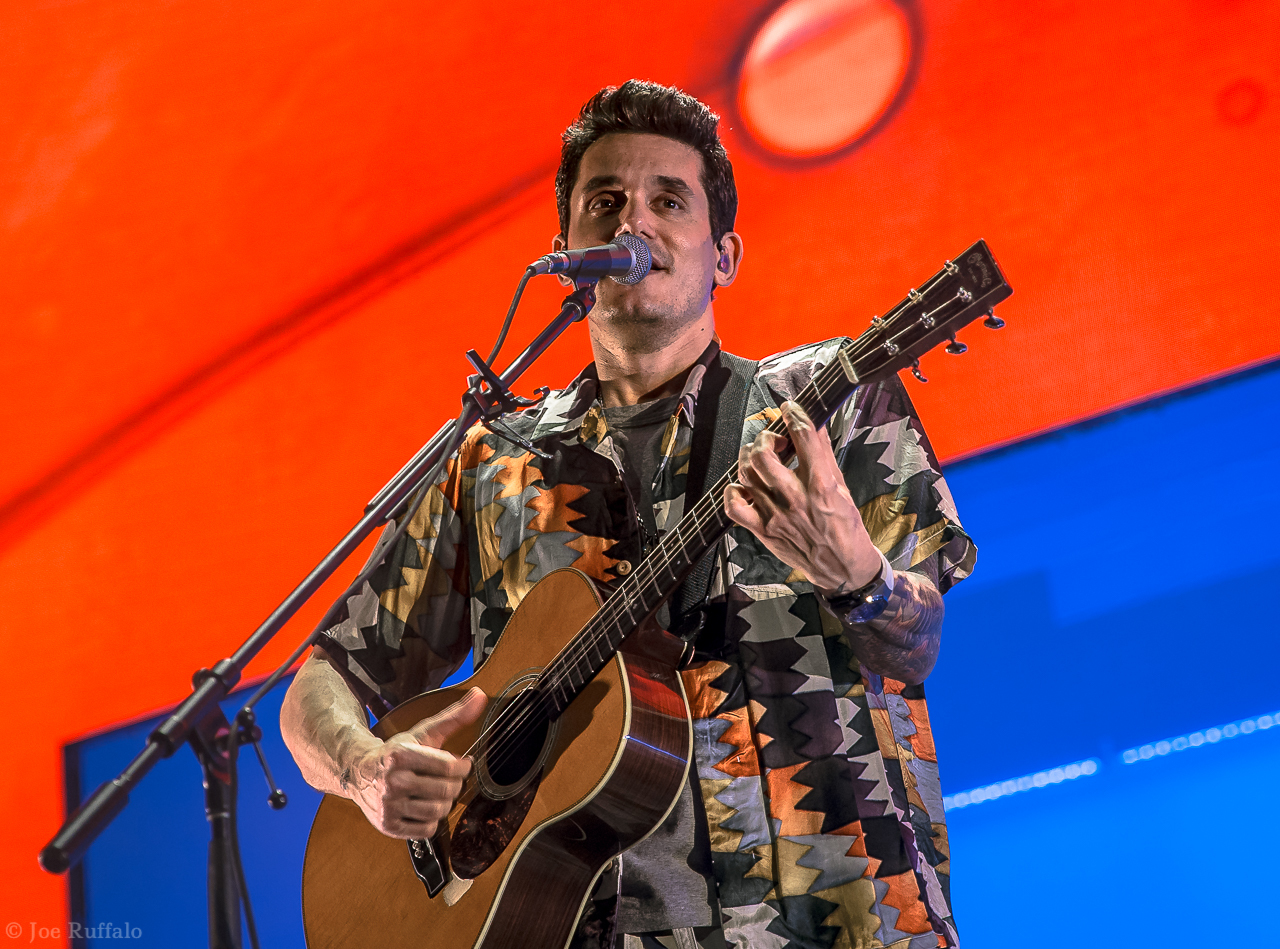 On August 6th, 2019, legendary singer/songwriter John Mayer graced the stage at Milwaukee’s Fiserv Forum for nothing short of an electrifying evening of music. The 41-year old singer-songwriter treated his Wisconsin fanbase with two-sets worth of career spanning material, which heavily favored his critically-acclaimed 2007 release, Continuum. Numbers such as Belief, Vultures, and I Don’t Trust Myself (With Loving You) left fans entranced by the guitarist’s ability to produce catchy and perfectly articulated blues licks throughout each tune.

What draws fans to Mayer’s work is not necessarily his guitar solos, but also his incredible range in producing quality music spanning across multiple genres. And with a setlist that included songs from eight of his studio releases, variety certainly was not an issue. The Dead & Company guitarist is not one to stray away from his newer material, and his followers never seem to mind. While his latest 2017 release, The Search For Everything, is now over two years old, it still evoked a strong response from the Fiserv crowd on Tuesday evening. Tracks like Helpless and Changing were profoundly received with Mayer’s entire band working in unison to create a perfectly orchestrated auditory experience.

Of course, those who paid to listen to John and his band were expecting some of the bigger hits as well. Favorites such as Waiting on the World to Change, Your Body Is A Wonderland, and Gravity triggered plenty of singalongs from an eager crowd that was hit by a wave of nostalgia, being reminded by the soundtrack of their most memorable years. That’s truly what makes John’s music so special-there always is a song that transports you back to a certain point in your life.

When I was twelve years old, I was obsessed with Classic Rock – at the time it was all that I knew. I can remember turning on WTTW and watching re-runs of Eric Clapton’s 2007 Crossroads Festival at Toyota Park. Among Clapton, Jeff Beck, and B.B. was John Mayer; at the time, his name was completely foreign to me. The one thing I did know was that his guitar playing was larger than life – it had soul. I ended up riding my bike to the library and checked out the only CD’s that were available under his name – Heavier Things, Continuum, and Where The Light Is, all of which managed to become a pretty prolific part of my life. Things seemingly came full circle last night. It was such a special experience getting to hear so many of those timeless tracks being played live on Tuesday night in Milwaukee. It truly brought me back to being that kid again.

Tickets and additional information for John Mayer’s 2019 World Tour can be accessed here.