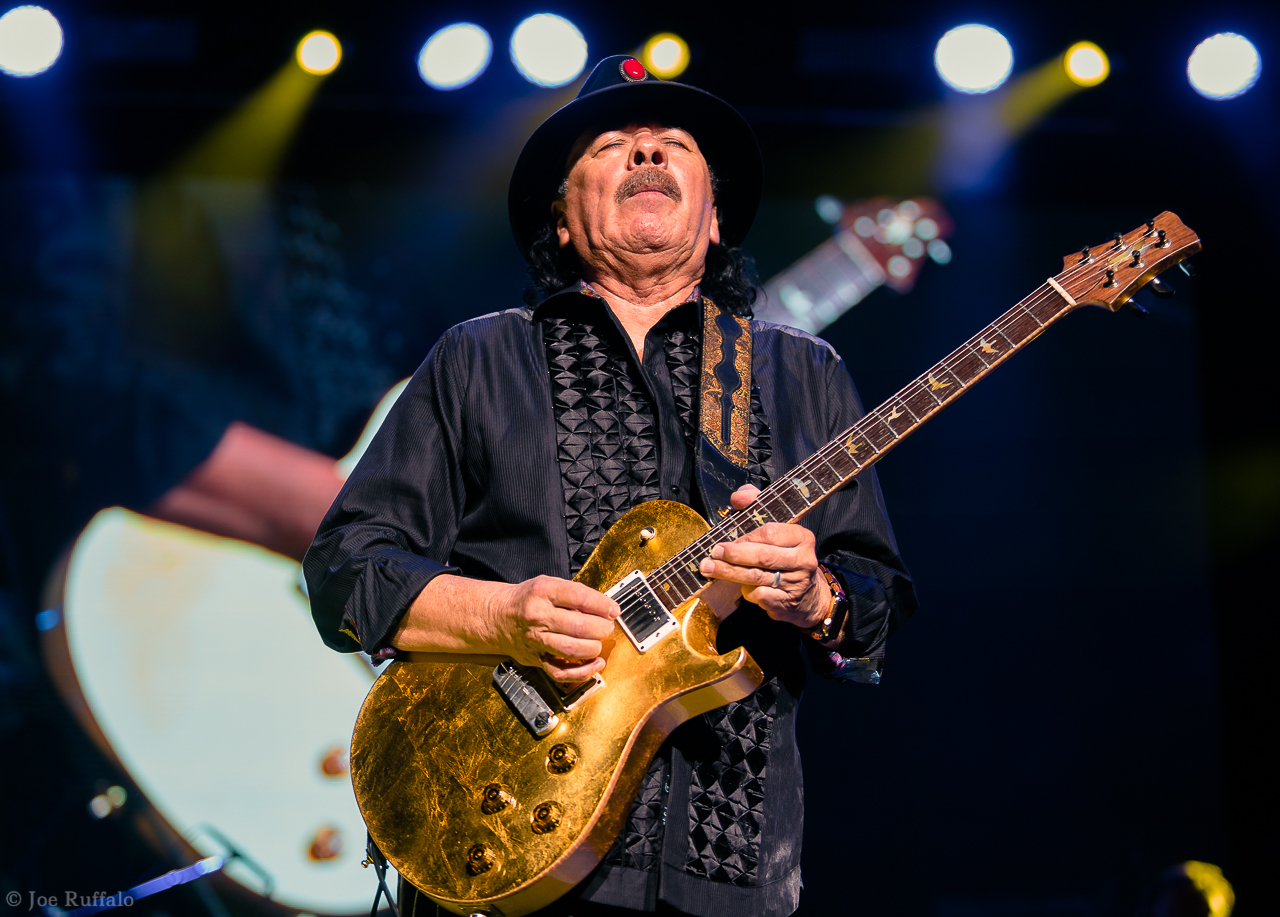 A wild-haired, 23 year-old guitarist by the name of Carlos Santana peered out into the horizon at Max Yasgur’s 600-acre dairy farm in Bethel, New York. At his feet stood an infinite sea of individuals – all of whom made a special pilgrimage to celebrate three full days of peace and music. Amid their 2:15 pm set time, the group prepared to take stage in front of their biggest crowd to date. Little did Carlos and his bandmates know, they were standing on the brink of defining an entire generation with one of the most iconic musical performances of all time.

Just twelve days shy of the 50th anniversary of Santana’s historic set at Woodstock, the now 72 year-old stood among familiar company. Tinley Park’s Hollywood Casino Amphitheatre proved reminiscent of that momentous day, as a near (if not) sold out crowd erupted in wake of his impending arrival. To be fair, it’s something the rock legend has grown more than accustomed to throughout his six decades in music. Amid a thunderous welcome, Carlos paid tribute to his past and opened with 1969’s “Soul Sacrifice“. In that moment, the tone for the evening was immediately set, as footage from the group’s noteworthy Woodstock rendition played on each of the stage’s video boards.

Throughout the duration of the night, Carlos and his band continued to give fans exactly what they paid for, delivering an ever appealing flare of Latin-fusion, complimented by numerous soul grabbing guitar solos. The incorporation of timeless classics like “Evil Ways”, “Black Magic Woman/Gypsy Queen”, and “Oye Como Va” all garnered positive reception, as anticipated. The primary purpose of Santana’s current venture, however, is to commemorate the 20th anniversary of the 1999 15x Platinum album, Supernatural (thus the name of the tour, “Supernatural Now”). As a result of this, Santana’s setlist favored the album, with hits such as “(Da La) Yaleo”, “Love Of My Life”, “Put Your Lights On”, “Maria Maria”, “Corazón Espinado” and “Smooth” all making respected appearances.

Carlos Santana has seemingly defied age, continuing to mirror the same level of energy and enthusiasm as he did that legendary afternoon on Max Yasgur’s dairy farm nearly 50 years ago today. In that time, he has innovated, inspired, and maintained a steady stream of artistic curiosity, as displayed recently on his 2019 release, “Africa Speaks.” In short, there are people who are good at what they do, and there are people who have mastered the art of their own craft. I think it’s safe to say that Carlos Santana undoubtedly fits the latter.

ENCORE: Are You Ready > Smooth > Love, Peace, and Happiness

Santana is currently embarking on their “Supernatural Now” tour with support from The Doobie Brothers. Tickets and additional information can be accessed here.