It’s been more than a year, but the new Pretty Lights release finds Derek Smith doing what he does best.

Pretty Lights hasn’t let loose new material since the release of “Only Yesterday” in March of 2016.

The electro-funk pioneer seems to be mapping out new territory and innovating by coalescing fresh electronic sounds with the nostalgia potential that characterizes a Pretty Lights track.

On the story behind ‘Letter 22’ in the music video:

“LETTER 22 is a story of the positivity that underscores all movement towards progress and enlightenment, no matter how many obstacles stand in the way” says Derek Vincent Smith, the mastermind behind Pretty Lights.

“It is the story of a pure force of will, hidden somewhere out there, that is dedicated to revealing evolutionary truths to this universe in a systematic way,” continues the producer, “it is the story of a visitor from another place, charged with delivering an enigmatic message; a wandering guardian, protecting a civilization that rejects the sun; and a being watching over it all, orchestrating its rhythms.”

“LETTER 22 is also the story of all of us, who have each, at one time or another, felt ourselves to be in possession of knowledge or insight that appears an innate, universal truth to us, but is callously dismissed by others.” says Smith.

The track is full of 70’s inspired bass and vocal samples with a fierce kick drum chugging along all throughout the songs build up.

The breakdown of “Rainbows and Waterfalls” sees Smith venturing into heavy territory, with a whizzing “Drop” that sounds like a spaceship falling out of orbit. 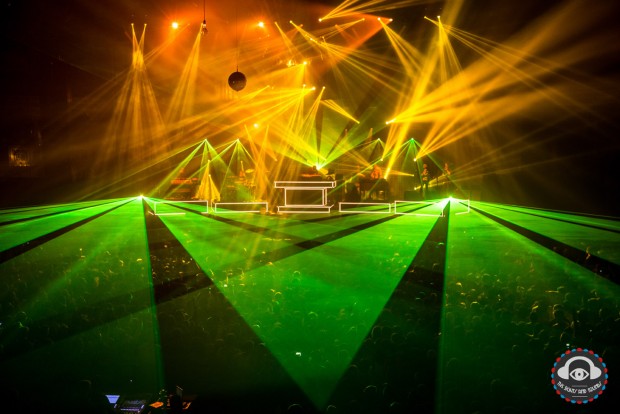 “In such moments, it is easy to feel as though you truly are from a different planet, governed by a different sense of logic and order than this one, which used to feel so familiar. However, in such moments we also find ourselves at a crossroads – a point in spacetime where we must choose to either succumb to these tribulations, or overcome them, and let those triumphs fuel the continued search for others who are also willing to open their eyes to another point of view.”

The video accompanying the song is drenched in rich color patterns and hint at a spaced out longing for the past, while simultaneously charting into a cloudy future. Such a sensation an integral aspect of Pretty Lights unique sonic landscape.

Will we unlock the truth that the future has to offer?

Will it ever come?