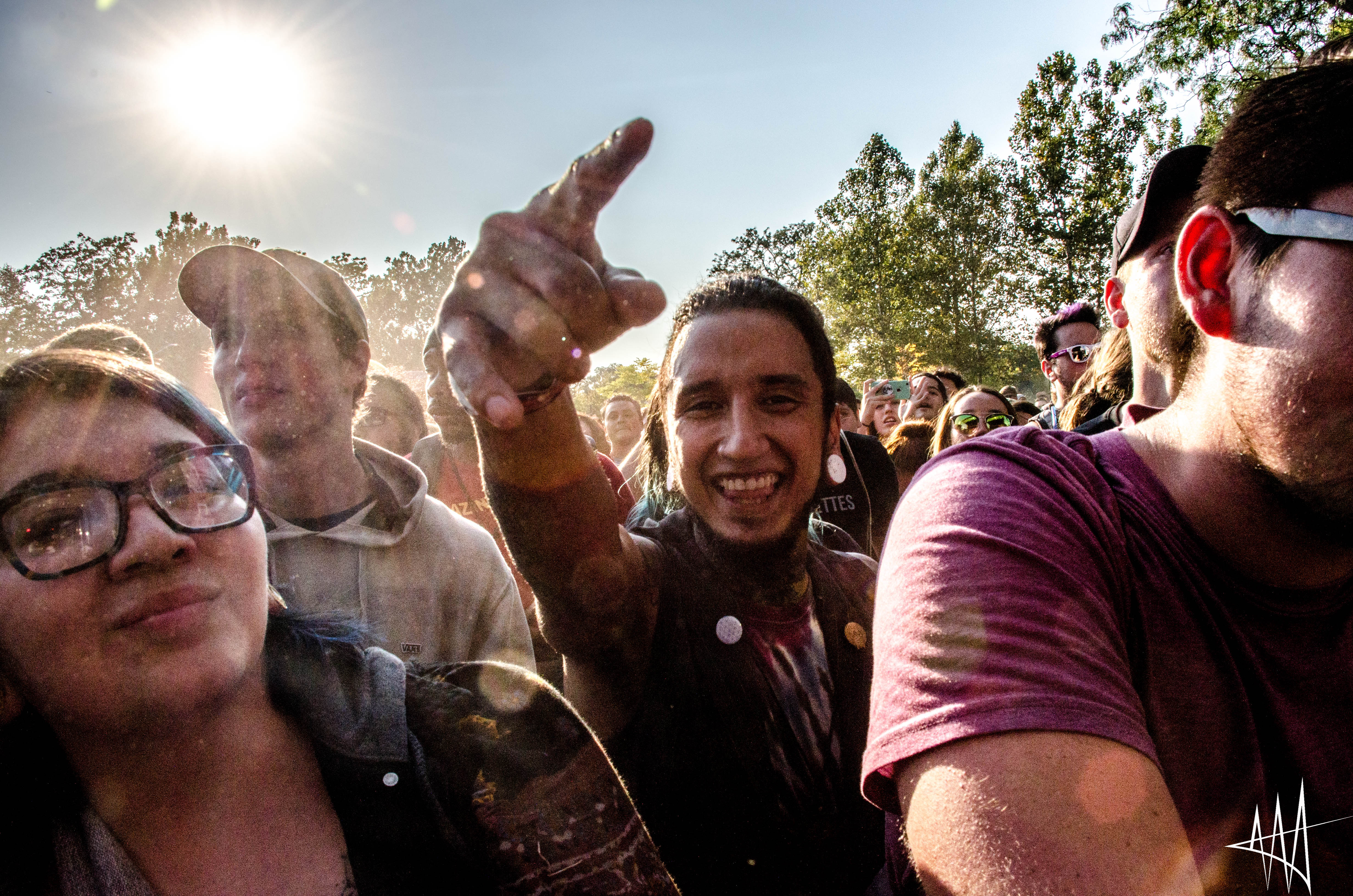 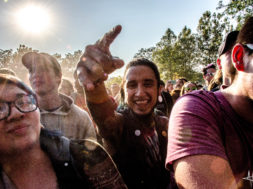 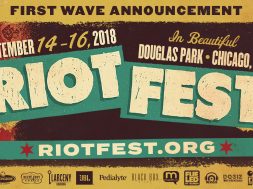 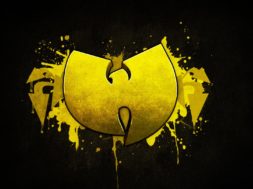 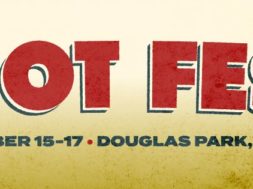 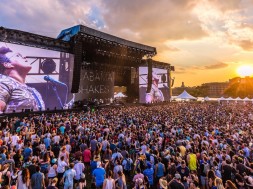 The best way to describe this festival in one word is – wow. Over 50 amazing artists performing for fans from all over the world. If that wasn’t enough there were also carnival rides, merch booths as far as the eye could see, and acrobatic performances with a motorcycle on a tight-rope! This years Riot Fest 2017 was truly not one to miss!

Each day of Riot Fest 2017 was quite a treat. The first day attendees got to see Four Year Strong, Action Bronson, Chon, The Story So Far, Ministry, Mayday Parade (preforming A Lesson in Romantics entirely), A Day to Remember, Nine Inch Nails, and so many more. Every artist played everything you wanted to specifically hear. As the audience dispersed the electricity still was vibrant the very next day. One thing that I doubt I’ll ever forget is watching the crowd midway through Mayday Parade’s set reaching deep into their feels and crying. The ground was almost wet with how many nostalgic tears were shed that night. 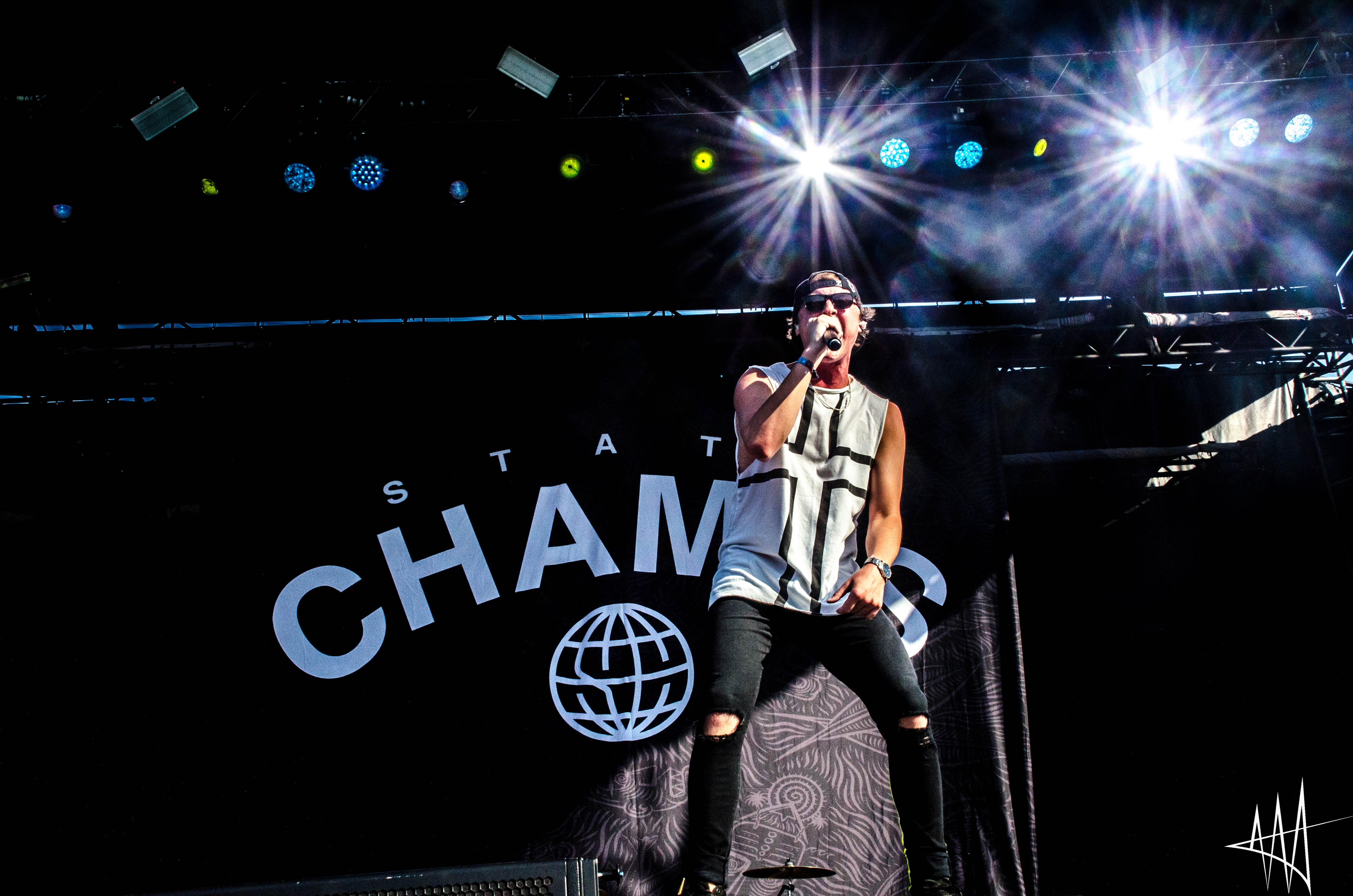 Saturday was nothing short of magical. My day started off with my middle school favorite – Bayside. Finally after all these years Chicagoan’s finally got to hear Devotion & Desire. Fidlar put on a spectacular show, ending with my personal favorite – Wake Bake Skate which frazzled the crowd up in the best way. Danzig friggin ended with their OG hit Mother for crying out loud!

I know. How can it get any better you may ask? Wu-Tang Clan performing one of hip-hops most influential albums – 36 Chambers – that’s how. At one point they did a tribute to their fallen member, Old Dirty Bastard and preformed Can It Be All So Simple which brought the crowd together. Before the song started they asked their audience of hundreds to hold up their phone flashlights and wave them back and forth. All of a sudden the audience was lit by flashlights waving back and forth while Wu-Tang Clan did a tribute for ODB. Method Man ( who is now super muscular) at one point got into the crowd and well held as lifted by the audience as he rapped . The totality of this performance was truly unforgettable; and that was only day two. 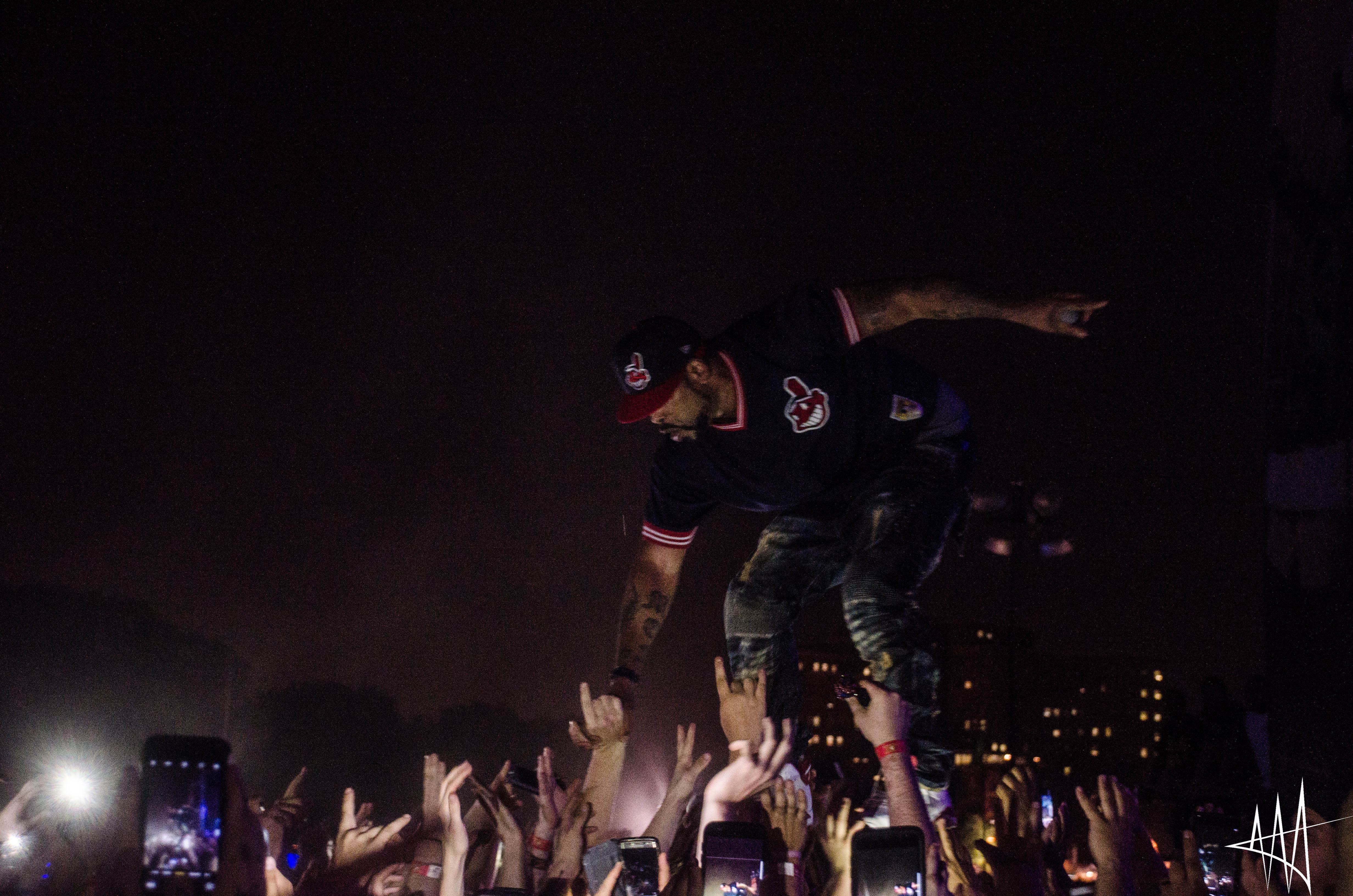 Sunday did an amazing job bringing the festival to a close. The Orwells, The Mighty Mighty Bosstones, Jawbreaker, Pennywise, Prophets of Rage and over twenty more artists concluded Riot Fest 2017 with quite the bang. One of the most memorable moments was getting to hear the legend, Tom Morello, busting out solos from Killing In the Name & the hit – Bulls on Parade live in my hometown. Watching a living legend shred like he does put the cherry on top of an amazing weekend.

The Riot Fest app that you can download every years was not only helpful but also humorous. Every day they a Riot Festival notification would pop up; not only to remind you but to also make you laugh. The day that Wu-Tang Clan played I witnessed a notification pop telling me, “Drink plenty of water, Dehydration Ain’t Nothin to F**k With,” referring to Wu-Tang’s hit,” Wu-Tang Clan Ain’t Nothin to Fuck With.” I even got a notification while I was watching the Chicago Bears while they were playing the Tampa Buccaneers. It basically read: “The Bears are getting spanked big time right now – skip the game and head down to Douglas Park!” Monday morning after the festival I woke up to a notification from Riot Fest saying: “Day 4 and the gates are open! Just kidding see you guys next year.” 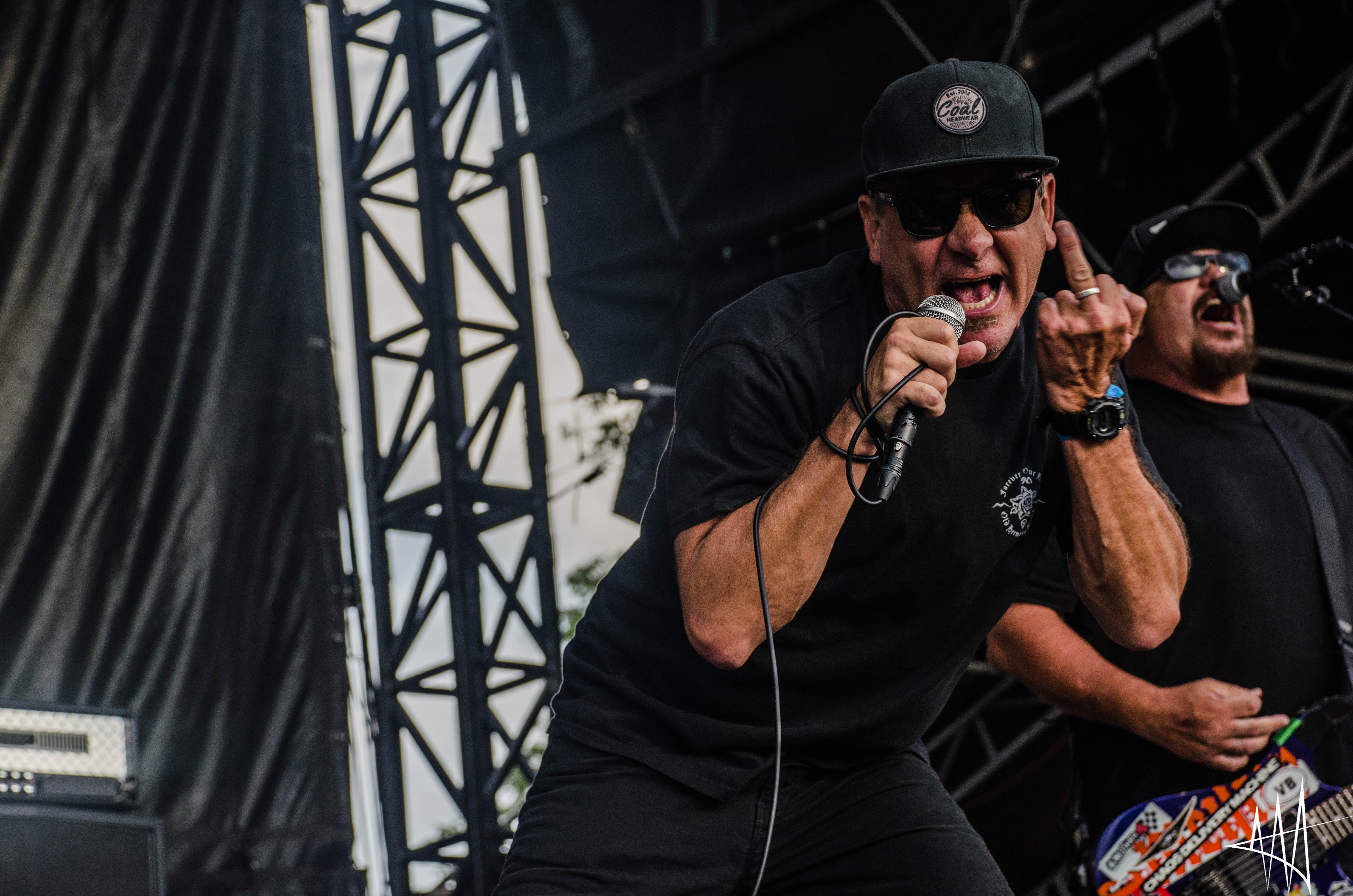 This festival was so amazing that even the community got involved in making the experience better. On the way out there were a plethora of local food vendors selling everything from chips and water – to authentic tacos. If I’m being honest those tacos were the one thing I looked forward to at the end of every night. Beef, pork, & chorizo filled the tortillas for the hungry festival goers. Each taco was three bucks and included hot & mild sauce, onion & cilantro, and a mouthful of excellence.

Altogether – Riot Fest 2017 this year was one not to miss. So many monumental artists, experiences, and grade A attendees that filled Douglas Park. Parents that wanted to expose their offspring to real music, couples that wanted to share a magical moment, and older individuals starting mosh pits – physically invoked by their favorite bands. Riot Fest is not a festival you want to miss for so many organic reasons. If you’ve never been – stop dancing around and go. If you’ve been then you know what I’m talking about. For those that were there you can peep the entire photo album here – but if you were then better luck next year! 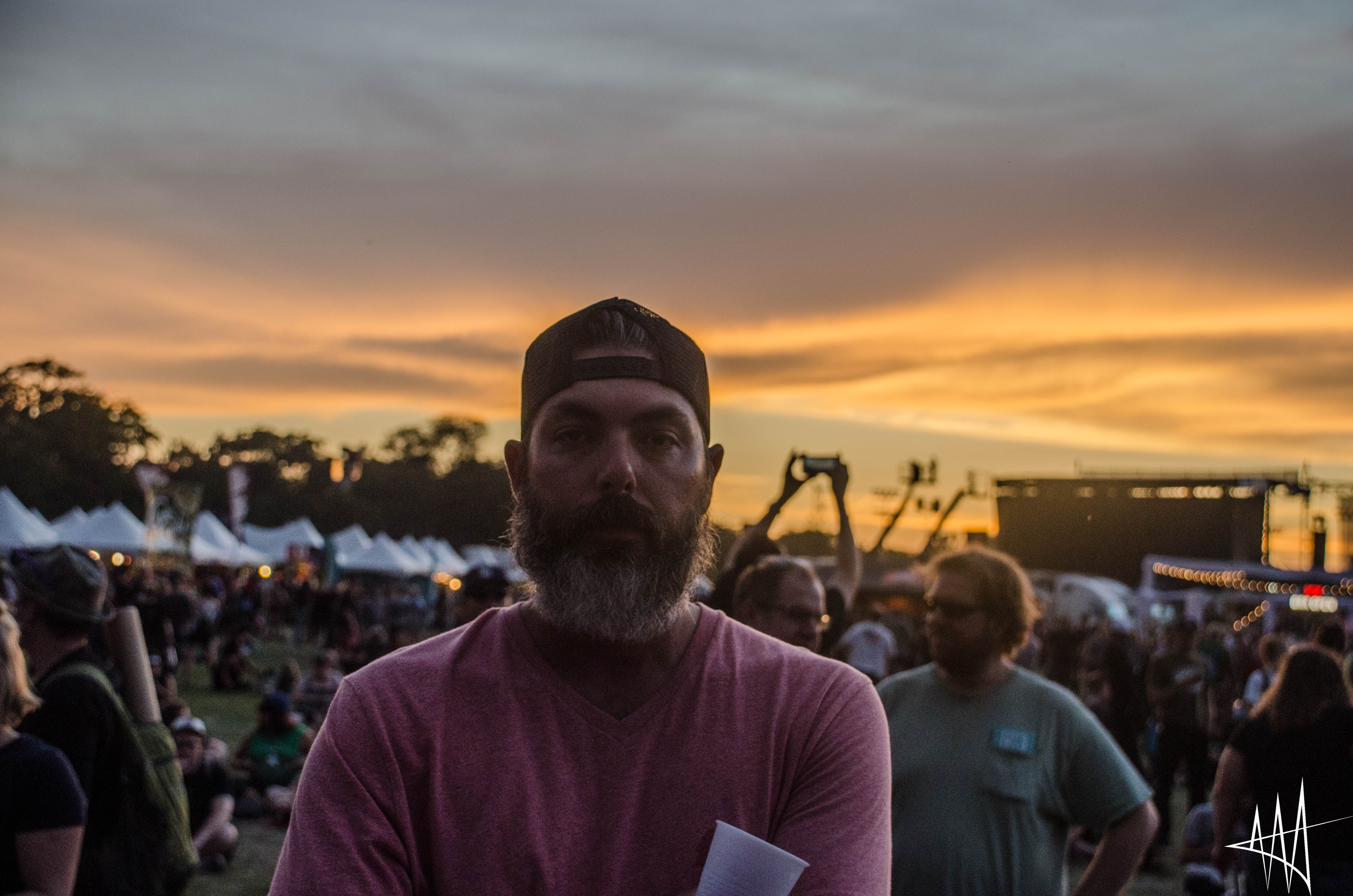 0
0   0
previous Cut Copy is back with fifth studio LP, Haiku From Zero
next Gorgon City Talk About Ushering In a New Era of House Music