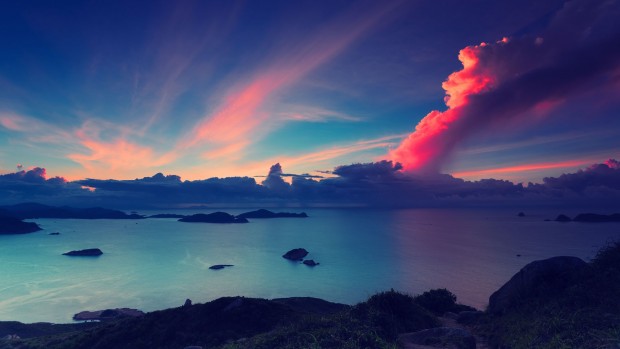 Welcome to The Daily Swim, a running series on The Sights and Sounds in an effort to bring you as much new music as we can. As a daily swimmer, water has always served as a dichotomy to my psyche – wholly and unswervingly calming in it’s vast simplicity yet at the same time able to harness and create massive amounts of energy. Which is exactly the type of music The Daily Swim will feature – no fuss posts with tracks from great producers that serve as both calming and energizing to get you through the deep end of your day.

Canadian downtempo producer Teen Daze has been a fan of Nils Frahm for a while, yet only recently had the chance to remix the German artist. Dripping synths and the ever-gentle pull of the piano softly echo the id of the ocean – constant and unconsciously driving, an instinct instilled since it’s creation. See what Teen Daze had to say about “You” and enjoy below.

“I first discovered Nils’ music last year, when he performed a series of shows in New York City… The sparse, minimal beauty of his piano works (The Bells/Screws), his other-worldly synth/ambient experiments (Felt/Juno) and of course, his upcoming live opus Spaces. I fell into his work immediately.

This remix consists of samples of the original piano, both pitched up and down, sampling of individual notes that were then replayed in order to create harmonies, drum sounds, samples from a Roland SH101 VST and a female choir patch from within Reason. Of course, much of it bathed in reverb and processed through a space echo.”