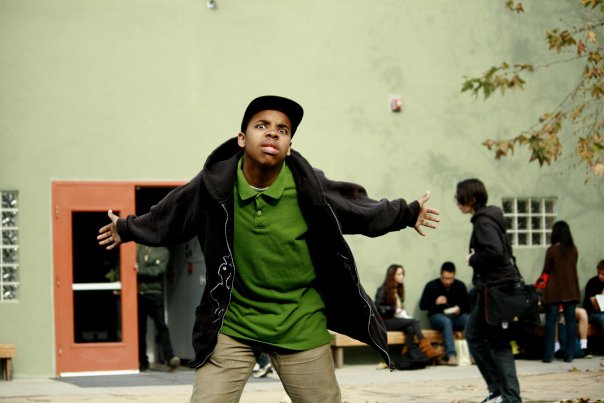 I’m officially starting to feel old. The youngest member of the eclectic Odd Future troupe is now of legal drinking age (like that’s stopped him in the past), and that can only mean that Earl Sweatshirt‘s live shows will be even more outrageous than in the past. Bursting onto the hip-hop scene circa 2011, it wasn’t long before the masses saw Earl as a rapping savant – having come from a boarding school in Somoa, sent by his mother. Following up on his critically acclaimed album, Doris, Earl Sweatshirt has surprised his fans with the early release his latest project, I Don’t Like Shit, I Don’t Go Outside, via Columbia Records. Featuring guest appearances by other young talents such as Vince Staples, Dash, and Wiki from Ratking, the album is available now on iTunes and can be streamed via Spotify below.

The Sights and Sounds wants you and a friend to catch Earl Sweatshirt live just days after his album release, so we’re giving away two (2) pairs of tickets to his show on Sunday, March 29th at Concord Hall in Chicago. To enter, all you have to do is follow this link to The Sights and Sounds’ Facebook page, give us a “Like” and share the post, tagging the friend you would bring with if you won. That’s it! The winners will be announced March 27th at 1pm (CST). Good luck!

Tickets for Earl Sweatshirt at Concord Hall can be purchased here. 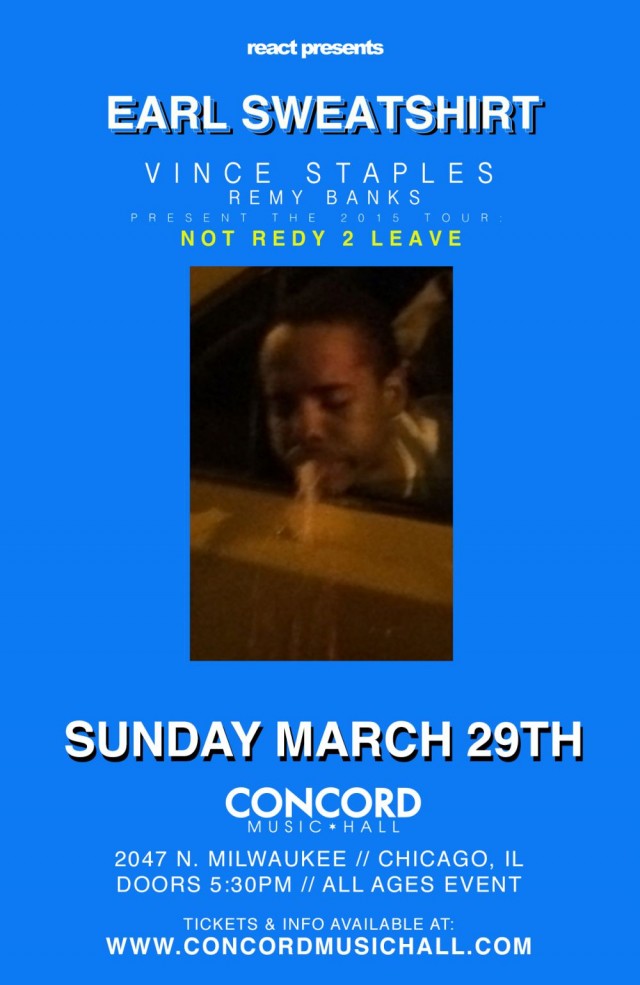