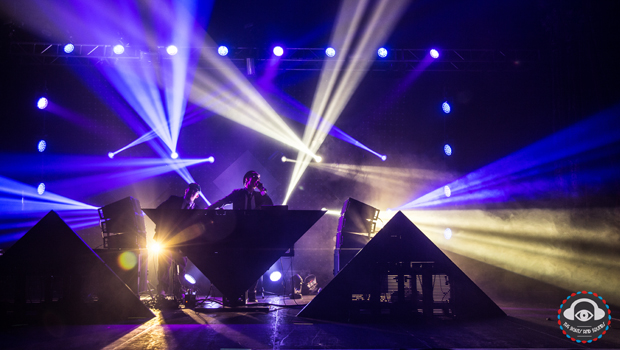 There’s no doubt that the icy grip of winter is reaching out toward Chicago as leaves have begun to say their final goodbyes for the year and the birds have pretty much said, “Eff this place, we’re flying south.” But had you been headed to Aragon Ballroom last Friday night, you probably didn’t give a shit either way. Kicking off Halloween Weekend (or at least, the last weekend to party while the calender still reads October), Freaky Deaky began it’s two night jaunt at Chicago’s Aragon Ballroom.

In a last minute addition to the roster, the evil masterminds behind Porn N Chicken Dance Party kicked off the night by taking the crowd from 0 to rowdy in one banger. They can’t help it, it’s just what they do. TOKiMONSTA now had a primed audience as she took the stage, gossamer in comparison to her monster beats. “Tonight is going to be a great night, I’m going to play some like, heavy shit, is that ok?” she began before dropping into a massive, bass heavy set that included everything from her original “Go With It” featuring MNDR to Ta-ku’s “Closet Drake Fans” and Dillon Francis’ “Masta Blasta.”

You would think Kill Paris would have had a difficult time following the blonde-hair beatmaker, but he brought an entirely different vibe to the ballroom, as well as a massive mullet tucked under a truckers hat (it was Freaky Deaky Halloween, after all). Slipping into a nice shade of electro-R&B and funk, KP got the crowd grooving with his slick throwback mixes of the “Ghostbuster Theme Song” and “Baby Come Back” as well as his new single “Falling In Love Again.” (Editor’s note: Head over to his Soundcloud page for tons of free music.) 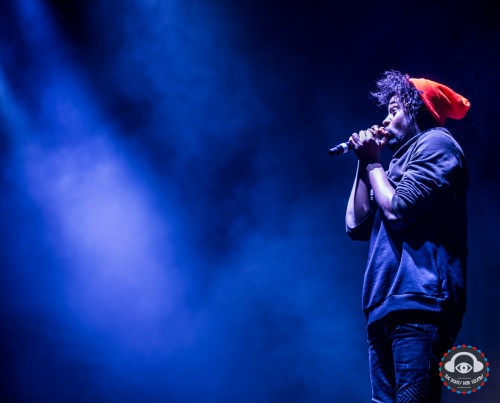 Leading up to his Chicago show, Danny Brown had a bit of controversy following a Twitter beef with Pretty Lights over a performance at one of his shows. With that in mind, I was eager to see his live show so I could judge for myself. I admit, while I don’t listen to much hip-hop, that doesn’t mean I don’t enjoy it, and Danny Brown had the crowd jumping, hands in the air as he tore through cuts like “Smokin & Drinkin” and “Dip” from his newly released Old EP.

Finally, after more than a few PBR’s, according to my watch, it was time for GRiZ to hit the stage overlooking the swarming mass of a sold out Aragon Ballroom. Having just dropped his Rebel Era EP (which you can download for free here), I was stoked to be one of the first audiences to hear the new tracks live. By this time I was a bit drunk and vibing pretty heavy on the bass-heavy electro-funk grooves emanating from the stage, but I’m pretty sure he melted faces with monster remixes from Pretty Lights’ “Vibe Vendetta” to Bassnectar’s “Put It Down” and The Champs’ “Tequila.” With such a stacked lineup of talented musicians blasting an arsenal of genre-spanning sounds, you would have had to try pretty hard not to have an amazing Friday night at Freaky Deaky.

Check out our full photo recap of the night below, and enjoy some TOKiMONSTA beats while you do it. If you see a picture of yourself, head over to our Facebook page where you can tag and share any of the pictures below.