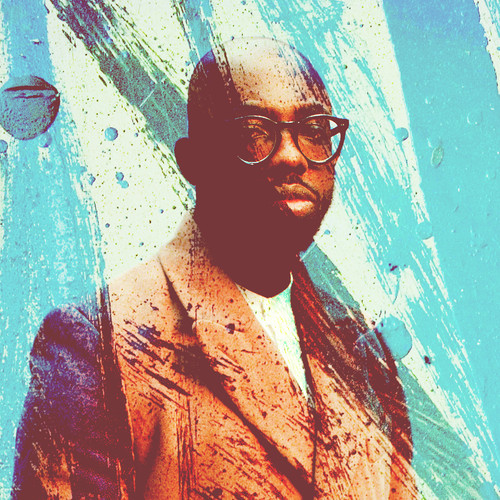 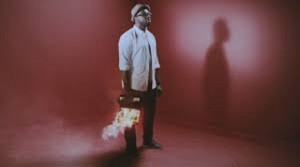 Ghostpoet’s lyrics lob molotov cocktails at my heart. I remember the first time I heard “Meltdown” (and the incomparable Squarepusher remix) earlier this year, I was biking in heavy urban traffic and then these couplets came into my headphones:

So it won’t be forever then
I can’t do forever, friends
Cause something in my character just takes a hold
And throws me out the car

and I just stopped in place, random death occurrence be damned. Delivered with such heartfelt ‘true, true, hues’ of tragedy, I just felt connected to the song’s ability–no, its insistence–on the need to disconnect.  And, [Insert tripe about how I look for earned darkness in a musician]–if you’ve read enough of my reviews, you know that’s a characteristic that sells me every time, rare that it is.

But Ghostpoet’s music needs to be remixed. As great as the lyrics are,  there’s a temerity to his production that only the Squarepusher remix, and now FEAR CLUB’S take on next-soon-to-be-major-single “Dial Tones’ has amplified the track’s potential  into stratospheric level production.

And FEAR CLUB’s remix is almost too good. See, ‘Dial Tones’ is a devastating song by itself. It’s about bouncing back from constant calamities after being abandoned by everyone you knew during it, struggling with the insistence that the only way to rejoin society is to put away those ‘past pain narratives’ and try ‘crowbar a smile’ with black humour.  Basically, put aside your ‘overcooked stubbornness’, you fucking asshole, and let’s pretend it never went down. And because, being social is a human need, like a ‘wine gum fiend’ does sugar, you do it–and really, the tragedy of the tragedy is there isn’t even a choice in the matter.

And all of that power is inherent in the lyrics, which FEAR CLUB’s remix just makes heart melting. And I mean that in all the best ways. The production is fucking killer: smooth, sword-like synths slice away your resistance and fold you into the song’s misty soul and space age sounds that remind me of moments on the Flume remix of Matt Miller x Kilter’s “Gravel Pit” make this an essential remix.

Follow Fear Club on Soundcloud, Facebook and VOTE FOR THIS TRACK IN THE REMIX CONTEST on XRL8R.