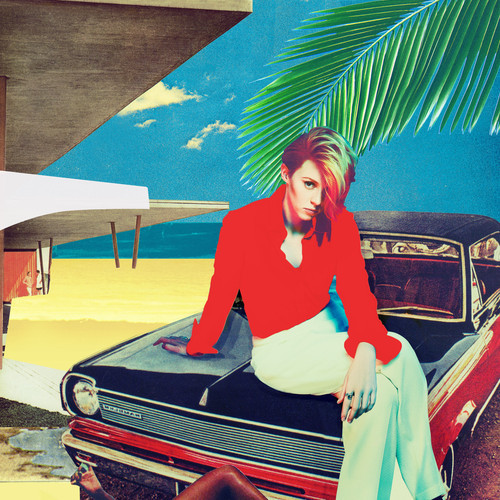 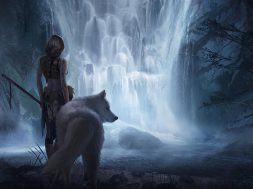 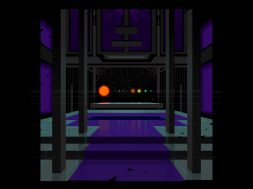 The year is 2009 and the girl with the red quiff is the talk of the town. That girl is, of course, La Roux (aka Elly Jackson). She then disappears as quickly as she appeared. There is talk of a second record but like many of her peers of ’09, La Roux fades from public consciousness. Fast-forward four years to 2013 and a series of small comeback shows are announced. The idea of a second La Roux record finally begins to materialize. But again, no new material appears. This however all changed today, with La Roux not only releasing new single ‘Let Me Down Gently’ but also announcing her new album, Trouble in Paradise. That’s the David Hockney-esque front cover above.

‘Let Me Down Gently’ is truly effortless electro-pop music. While initially it doesn’t possess the immediacy of the production or riffs of many of the ‘hits’ on the debut album, ‘Let Me Down Gently’ builds into something quite breathtaking over its 5-minute 40-second play time. Sonically, one can file ‘Let Me Down Gently’ with the recent work from bands like M83 and Chvrches. The opening half, with its slow arpeggiated synth bass lines and gorgeous textured synths allows La Roux’s lyrics and vocals to take centre stage. The narrative throughout the song is one of longing and almost desperation, especially with the heartbreaking “Let me in for a minute, you’re not my life but I want you in it”. This early slow burn however makes way for larger, bombastic drums, bouncy synth lines and even a ‘Midnight City’ inspired sax solo.

If Trouble in Paradise sounds as gorgeous as ‘Let me Down Gently’ then La Roux will once again be the toast of the 80s-inspired pop world and set herself apart from peers who have fallen short at the second time of asking (here’s looking at you Little Boots).

Trouble in Paradise is out on the 7th July. Enjoy “Let Me Down Gently” below and check out the full tracklisting after the jump.