As a follower of electronic music for over 13 years I have seen some of the best artists on stages all around the world, and it has all lead me to this point, the one and only ULTRA. Nothing is more explosive and enthralling than what this festival has achieved over the years since its birth here in the sexy city of Miami, Florida. Going against all odds each year to bring the people what they want, realizing that they are the backbone of what is, and the artists being the faces on the bodies of these immortal memories.

What is ULTRA? Well as a prefix to the word ‘music festival’ it would suggest that it’s a place beyond the music, where everyone can be their truest self, and discover a world where the enchanting music comes to life. So how do we get there, what do we expect, what will happen? These are all interesting questions, and I find when the musical experience is the main focus, finding your soul connecting to the beat is nirvana. We have all lost ourselves in the music before, and if you haven’t I would urge you to let go and feel the rhythm travel through your being as you begin a journey with that music. As someone once told me, “Don’t be afraid to get lost, because sometimes being lost is the only way to be found.”

I have had a small taste of what this festival has to offer in my home country of South Africa, last year they launched their first world tour to bring the festival to the people. Some of the beauty can be seen in the Sound and Waves aftermovie:

Watching this made me think of all the sound waves that will be flowing onto my ears and making my brain tremble with absolute ecstasy over this notorious weekend. Featuring the very talented Goldfish on the Live stage which I’m ecstatic to see as I have been following their music since a smoking hot underground party just of Long Street in Cape Town in 2007, rest assured they will be bringing their sounds and allowing us to be followers of the beat, here is one of their older songs:


The one thing that resonated with me the most was how they had created a family, the Ultra family! The artists that you see here in Miami you could see at every other event, and that was phenomenal, having brought that promise and commitment to the Ultra experience. Ultra Miami has become a worldwide travel destination that has adapted, changed and gone through metamorphosis to be able to share this bliss with all of us. They have made the world a tad bit smaller for us to have a global community that can bring unity to our dance step.

Some of the acts that I am most excited to see on stage are the likes of Tchami, Boys Noise, Art Department and Dirty South not to mention the impressive Carl Cox & Friends (John Digweed) coming from the UK where I saw them live for the first time at Global Gathering 2009, as well as Armin van Buuren and Tiesto showing us where passion and the love for music envelopes us. 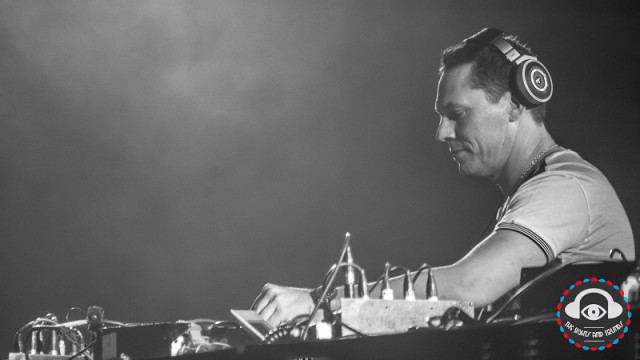 Ultra features some diverse music stages and acts from all over the world, with live performances from bands like Die Antwoord, bringing their very unique vocals and lyrics, of which I have been following since their start in Cape Town, South Africa. Back when Max Normal used to write radical poems to create trippy YouTube videos in 2008 to now, getting to see them play on one of the biggest stages in the world is such an honor to be able to call myself South African.


Other live acts I look forward to are Big Gigantic, whom we interviewed during Mysterland 2014, Krewella and Bassnectar. I’m especially excited to see Kygo live for the first time as I have been on a personal journey with his music – he has a way of creating sound that washes over me and cleanses my being of all the worries in the world. One of my favorite remixes is:


All these artists gives the audience the opportunity to touch the deepest essence of their creative genius, this is as real as it gets!

Martin Garrix is a prime example of the limitless possibilities within the electronic music scene; having blown up in the EDM realm he has shown what true commitment and believing in yourself can create. Last but definitely not least is a special man that I have had the privilege to meet during Lollapalooza 2013, Mr. Skrillex, the game changer of how modern day society views music. He is the first electronic artist to win a Grammy Award and that in itself is awe inspiring. 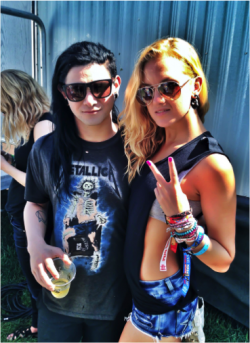 So I invite you to try this on for size, come with an open heart and decorate your body with the wonders that lie within. Be the free soul you were always meant to be and lets all become colorful sparkles of light shining in the night sky flickering to the beat of the driving bass. Remember this simple truth, Everybody Loves Everybody (E.L.E.)

Are you READY MIAMI!!!
The countdown has begun, 3 weeks, 20 days… tick tock, get those tickets and start creating your dream experience ☺

Tickets to Ultra Festival can be purchased here.